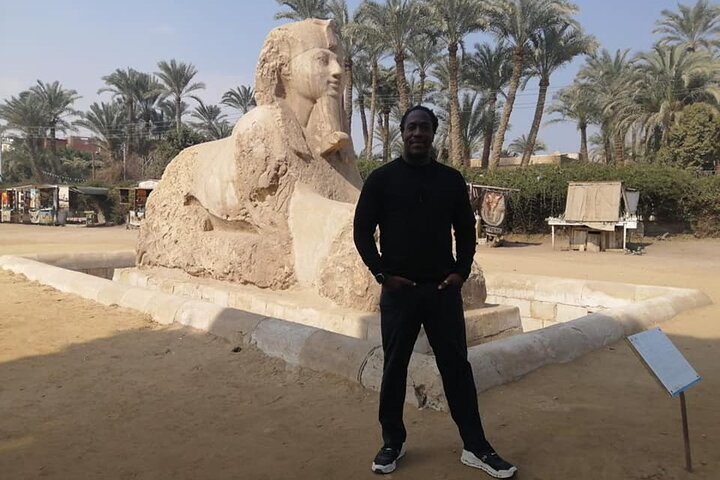 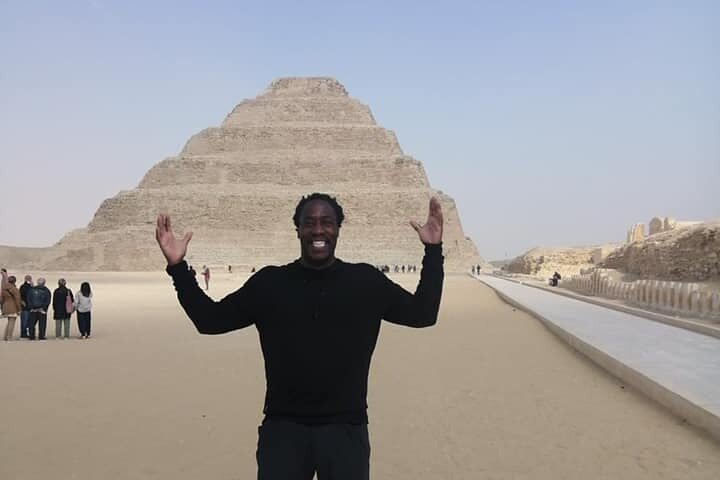 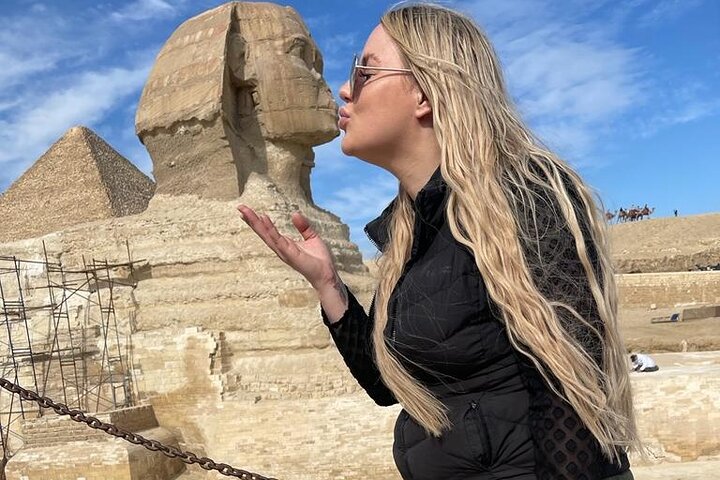 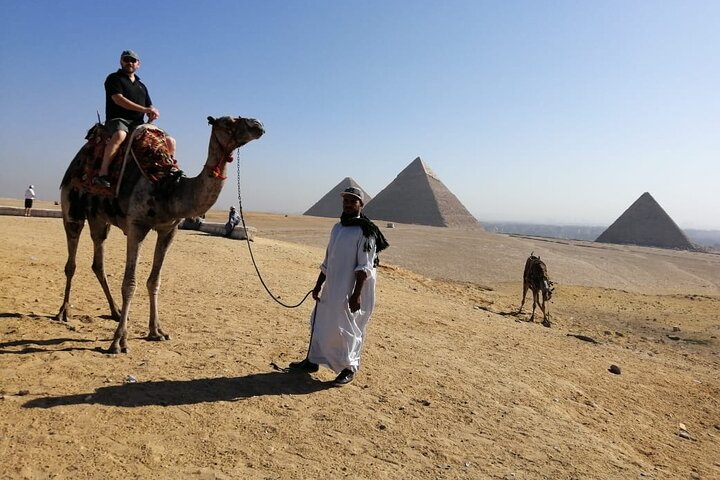 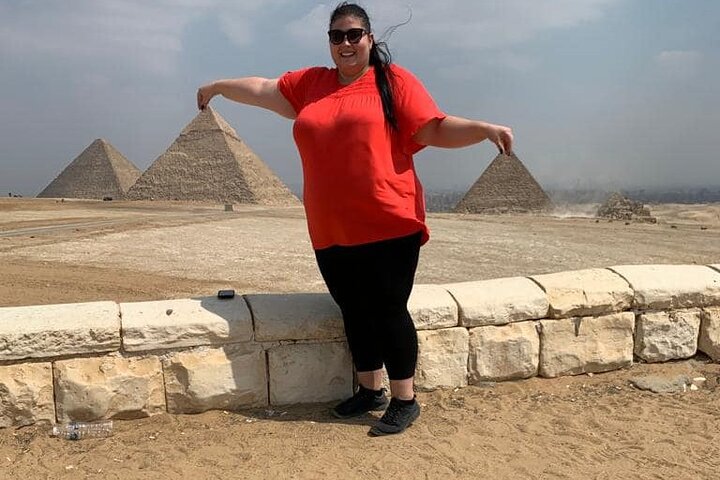 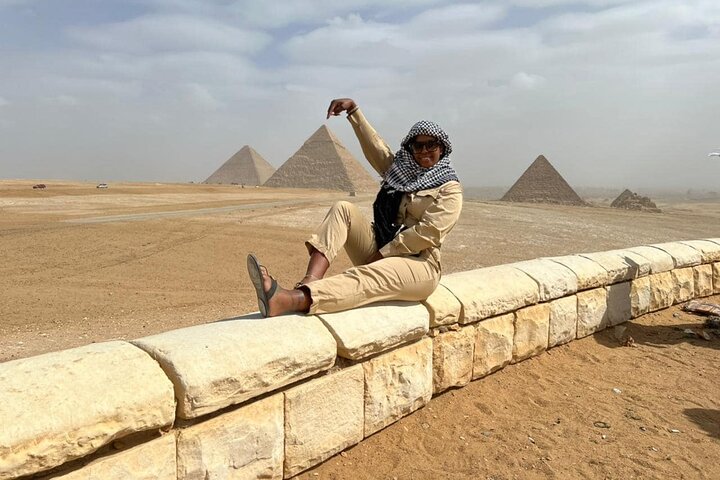 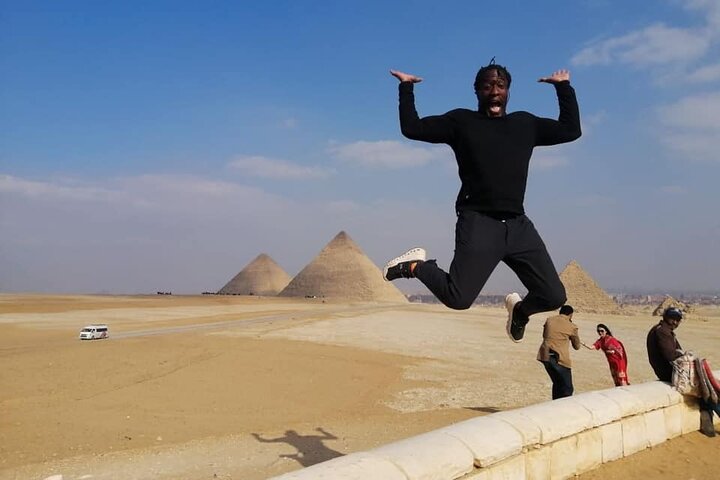 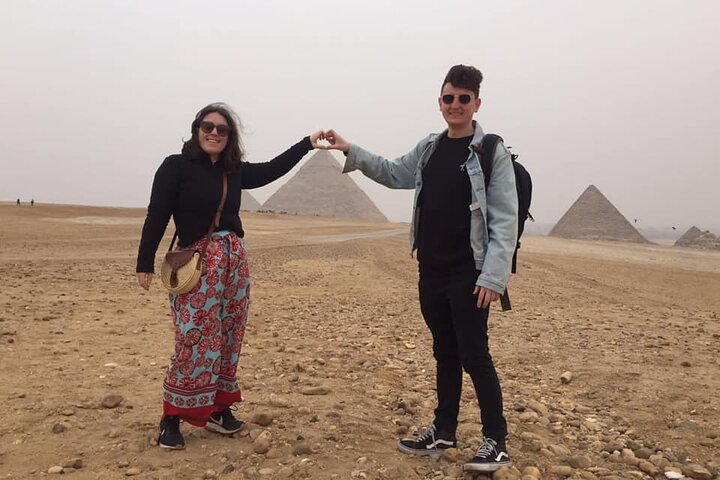 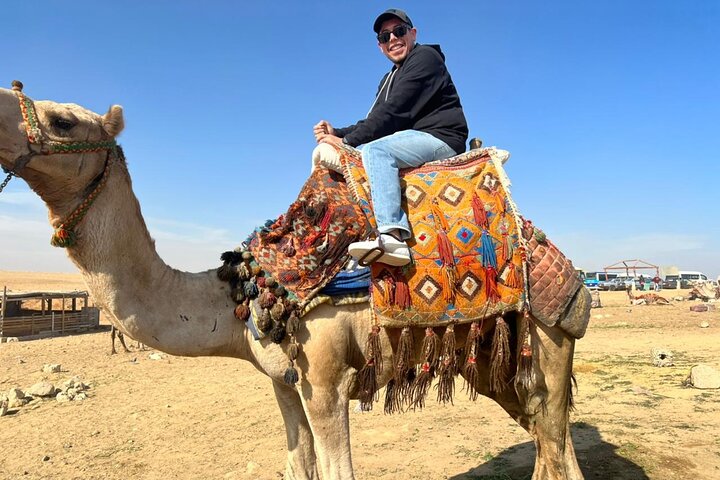 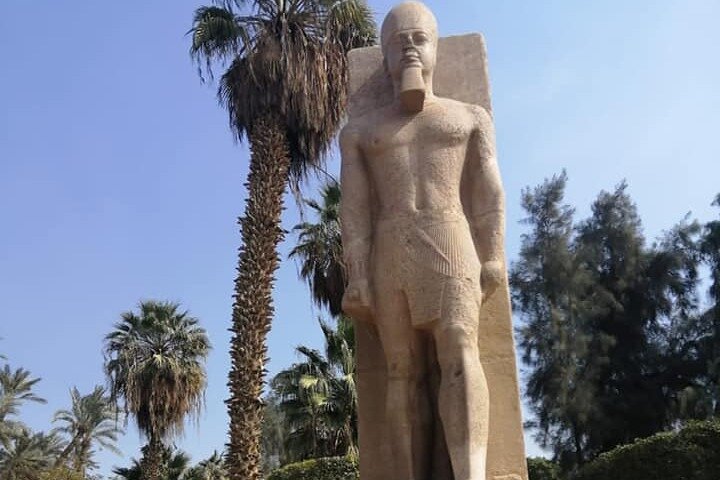 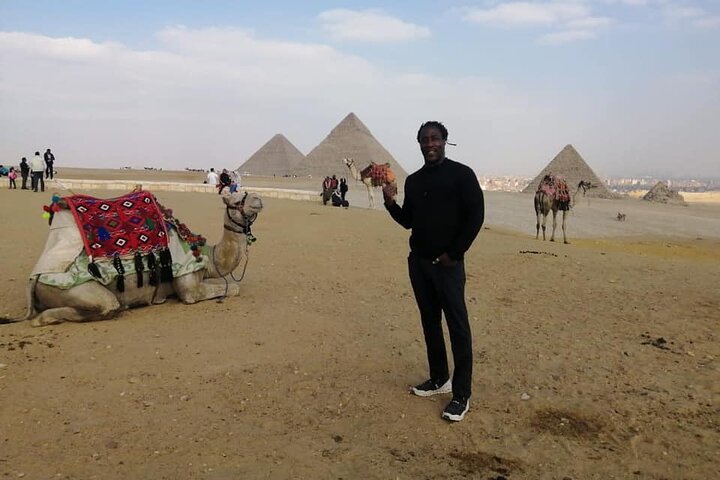 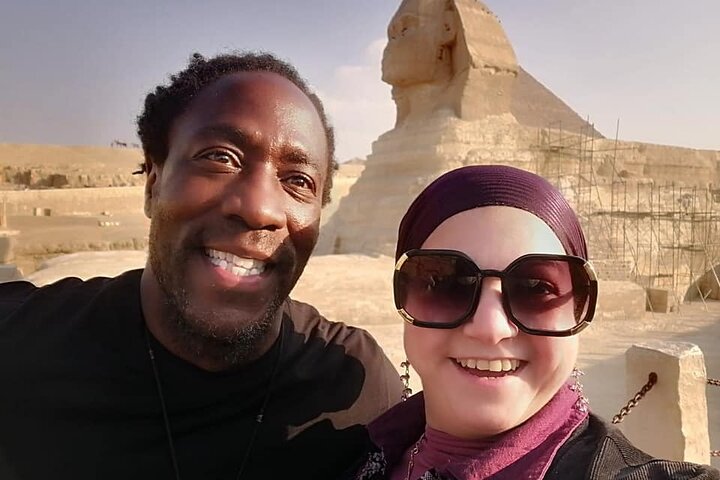 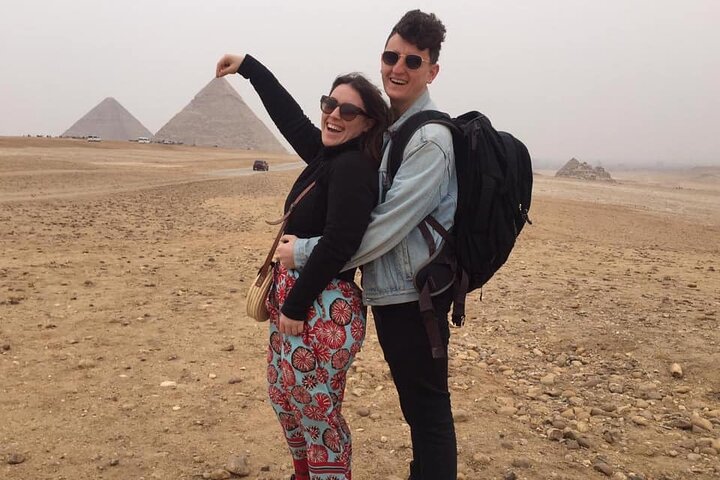 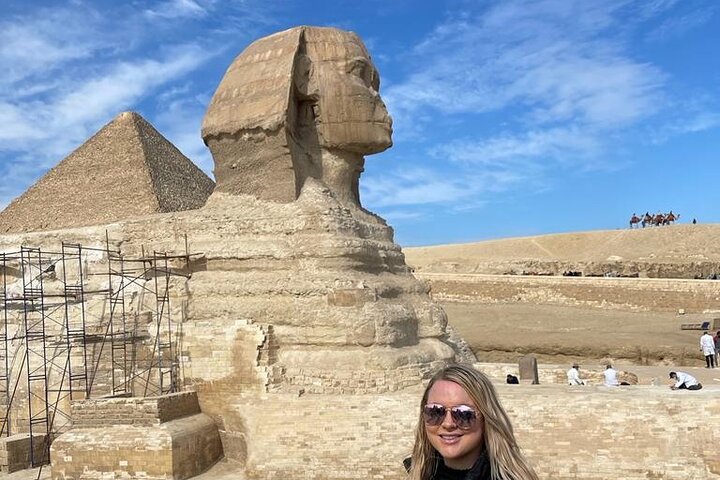 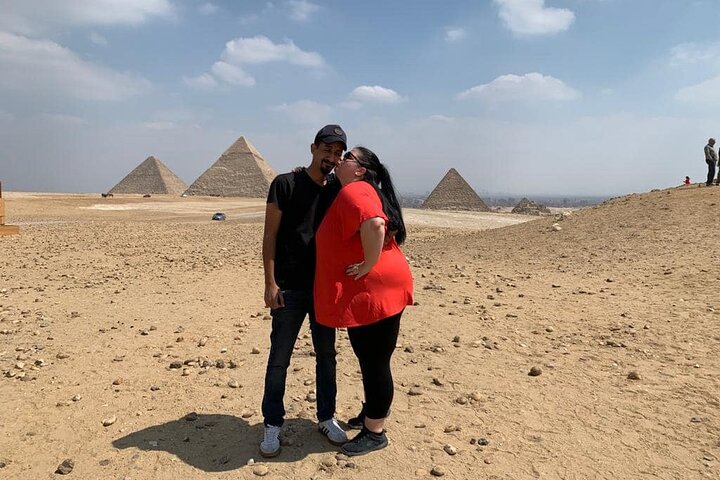 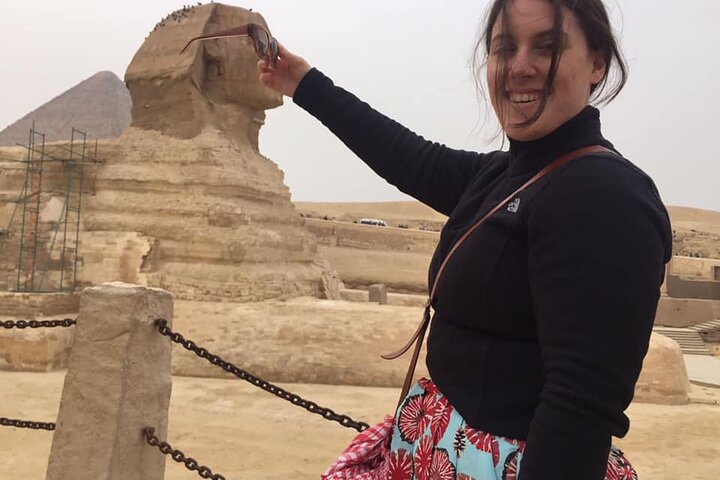 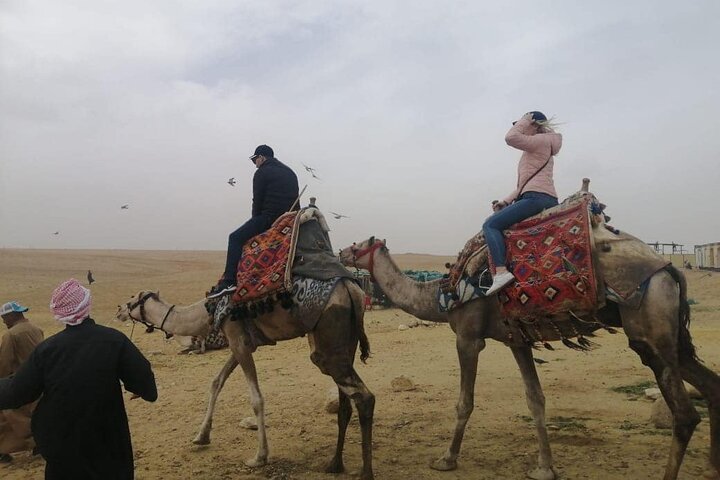 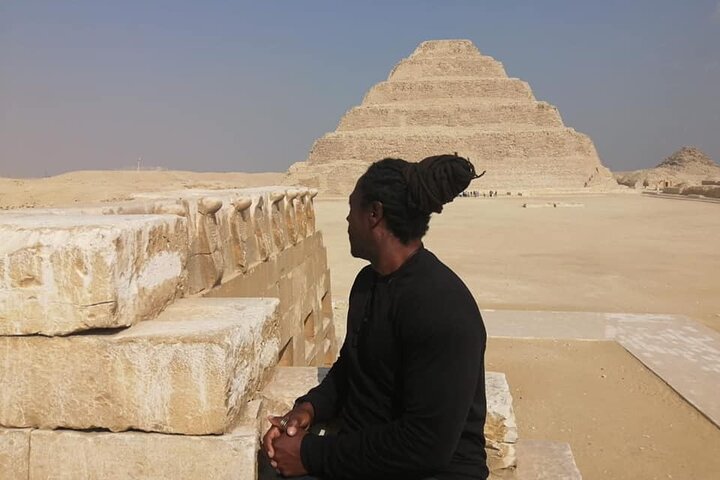 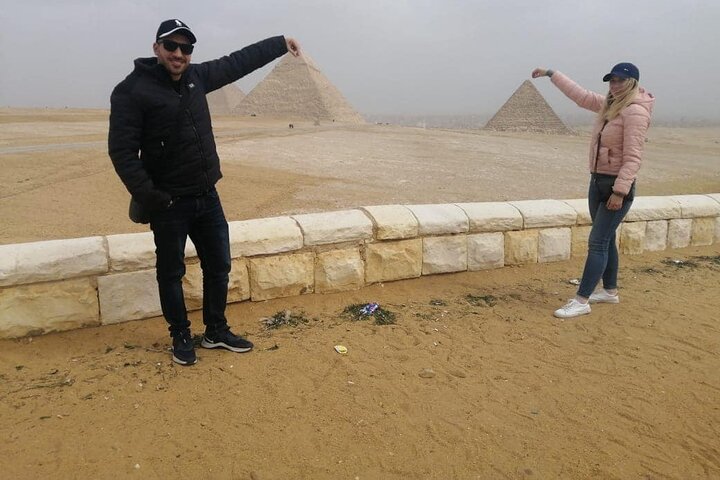 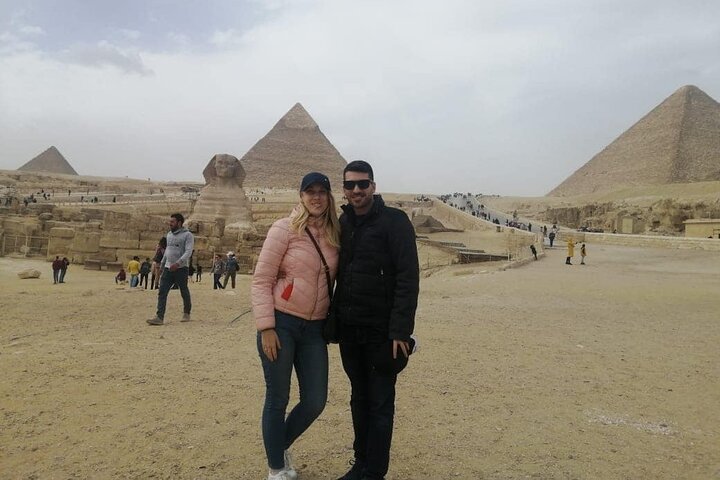 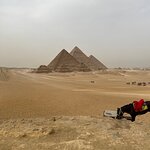 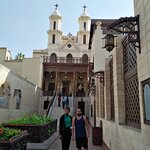 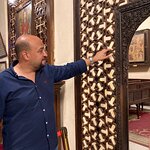 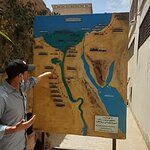 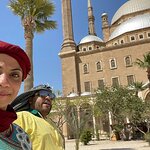 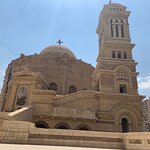 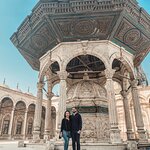 Experience the history and culture of Egypt on this all-day excursion. After a convenient hotel pickup, marvel at the Great Pyramids and Sphinx and learn their ancient stories from your informative local guide. Stop by the Valley Temple, tour the necropolis of Sakkara, and ruins of ancient Egypt’s capital city, Memphis. Explore the ancient landmarks of lower Egypt on a guided adventure Capture memorable photos of the pyramids, the Sphinx and Memphis Enjoy an optional lunch, private transportation and a visit to Sakkara Make the most of limited time with convenient hotel pickup and drop-off

our tour guide will pick up from your hotel to enjoy your pyramids day Of all of Egypt's major tourist attractions, only one is at the top of any list - the Pyramids of Giza. They're Egypt's three main pyramids, built in the 4th Dynasty (circa 2550 B.C). The pyramids of Ancient Egypt were built as tombs for kings (and queens), and it was an exclusive honor to have such a tomb. However, this tradition only applied in the Old and Middle Kingdoms.

Today there are more than 93 pyramids in Egypt; the most famous ones are those at Giza.

Now let's go for a little tour around the site of the pyramids and try to explore the magnificence of the area:

The famous Great Pyramid of Khufu is by far the biggest, tallest, and most intact pyramid in Egypt. After its construction, it became one of the “Seven Wonders of the Ancient World”, and today, it is the only one of them remaining. For a period of 4300 years, the pyramid was also the tallest building on earth, until the French built the Eiffel Tower in 1889.

Khufu’s Pyramid is built entirely of limestone and is considered an architectural masterpiece. It contains around 1,300,000 blocks ranging in weight from 2.5 tons to 15 tons. Its square base covers 13 acres, and its sides measure about 230m (755ft). Its four sides face the four cardinal points precisely and it has an angle of 52 degrees

Khafre's Pyramid, or the 2nd Pyramid, is easily recognizable by the layers of its original casing stones that still remain near its summit and this, along with the fact that it actually stands on a higher part of the plateau, gives the impression that it is taller than the Great Pyramid. An optical illusion, as it is only 136m (446 ft) tall, with sides of 214.5m (704ft), a surface area of 11 acres and an angle of 53 degrees. It also has lost some of its original height through the years, once being 143.5m (471ft) tall.

Khafre's son, Menkaure, built the smallest of the 3 main pyramids on the Giza Plateau. This one was only a mere 65.5m (215ft) tall, nowadays 62m (203ft), with sides of 105m (344ft) and an angle of 51.3 degrees. It is thought that this pyramid was altered during its construction, and made a lot bigger than originally planned. The original, smaller pyramid had a simple descending corridor and burial chamber, but when it was enlarged, a new corridor was built with 3 portcullises and a small paneled chamber. Later still, another burial chamber, along with a storeroom were added at a lower level. This pyramid, like its 2 neighbors, has a north facing the entrance.

he Great Sphinx, or as the ancients knew it, “Shesep Ankh” or “the living image”, has to be one of the most recognizable constructions in history. Think of the Sphinx and you automatically think of Egypt and the Giza Plateau.
Sculpted from soft sandstone, many believe that it would have disappeared long ago had it not been buried in the sand for so many long periods in its lifetime. The body is 60m (200ft) long and 20m (65ft) tall. Its face is 4m (13ft) wide with eyes measuring 2m (6ft) high. It faces the rising sun and was revered so much by the ancients, that they built a temple in front of it.

The Open Air Museum at Memphis is one of the truly "must see" sites in Egypt! The trip from Cairo is only 45 minutes, the museum is only 20 Km to the south, and the entrance fee is an affordable

then back to hotel

Informacion Adicional
"Confirmation will be received at time of booking"
"Not wheelchair accessible"
"Child rate applies only when sharing with 2 paying adults"
"Most travelers can participate"
"This is a private tour/activity. Only your group will participate"
"Face masks required for travelers in public areas"
"Face masks required for guides in public areas"
"Face masks provided for travelers"
"Hand sanitizer available to travelers and staff"
"Transportation vehicles regularly sanitized"