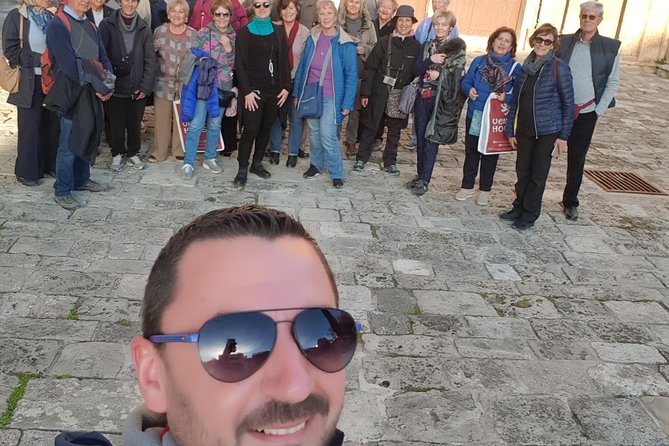 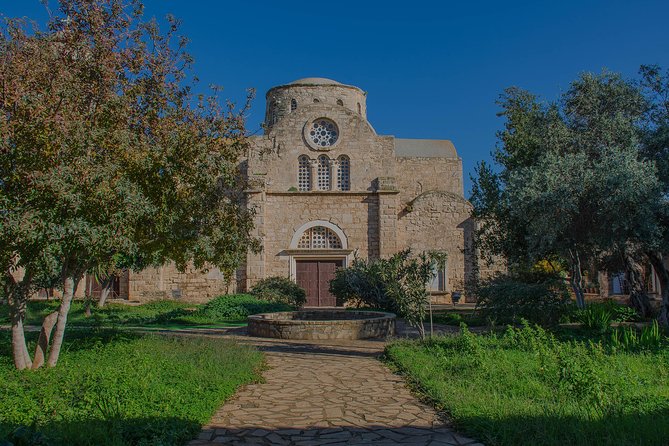 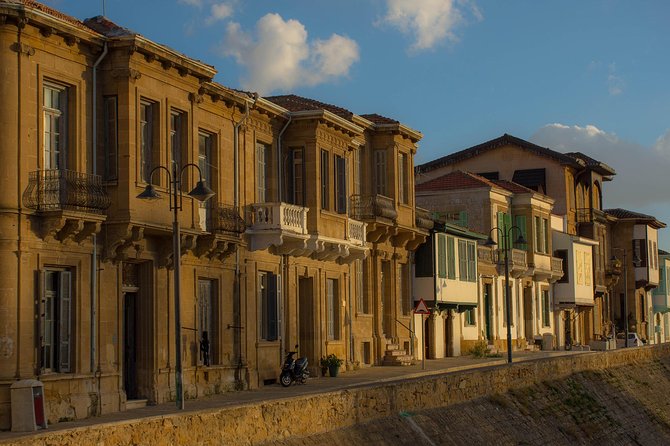 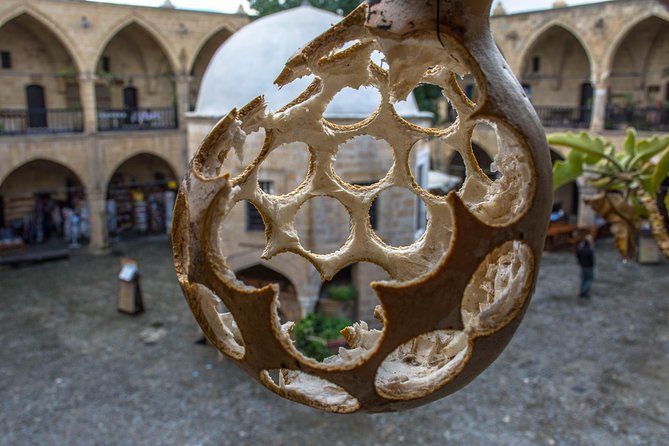 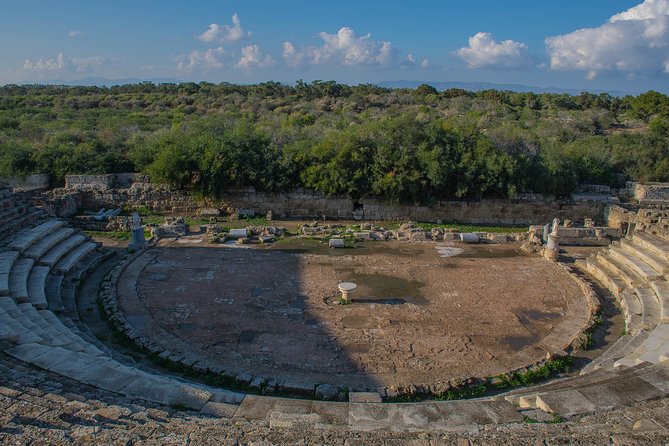 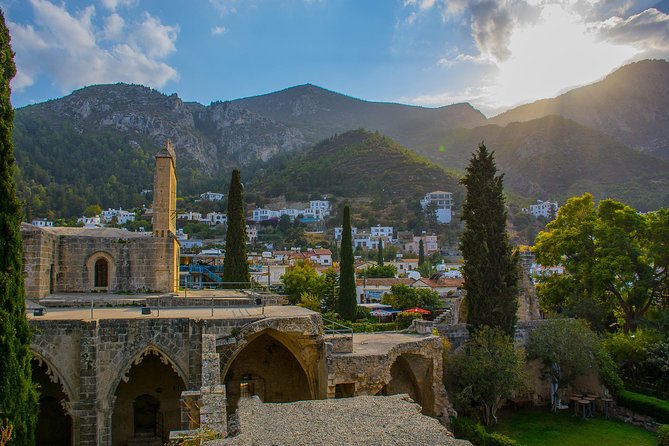 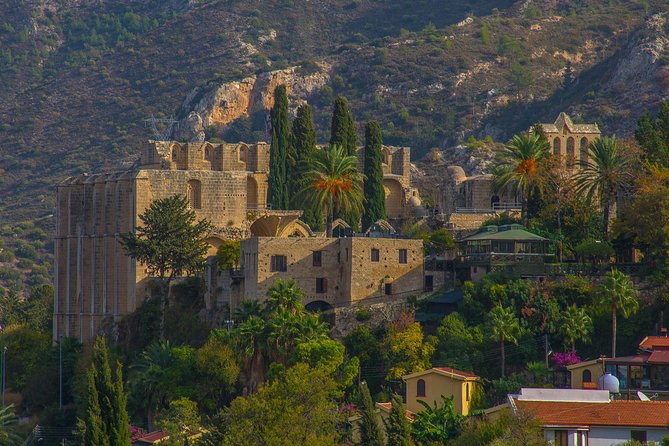 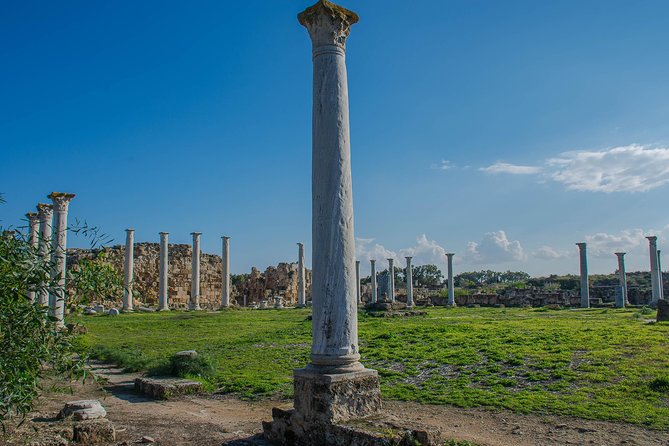 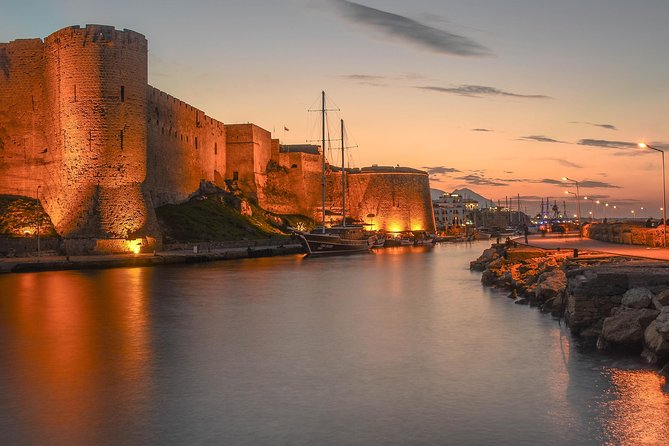 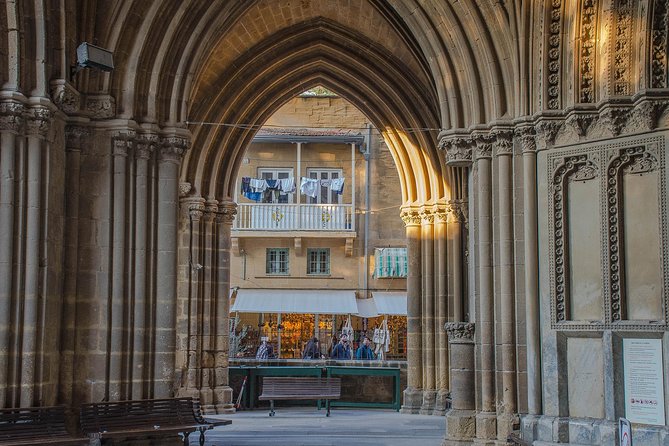 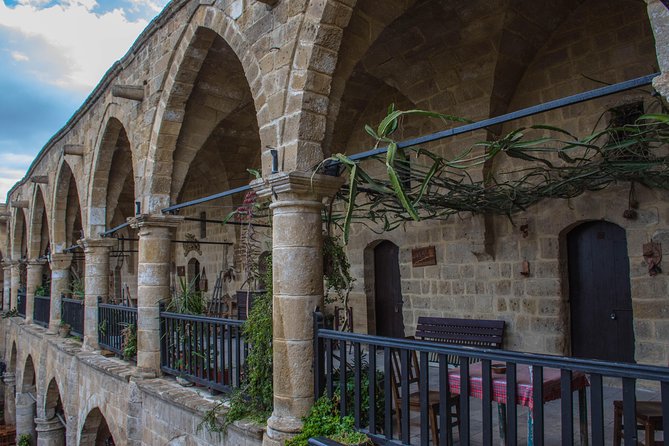 Take the opportunity to explore tree major cities (Famagusta, Kyrenia, Nicosia) in the northern part of Cyprus with this full-day sightseeing tour with a professional licensed guide. Explore the magnificent historical places ranges from Salamis Ancient City, Famagusta Walled City, to Kyrenia Castle, walk in the picturesque harbour of Kyrenia and visit the 13th-century Bellapais Monastery with its most elegant gothic architecture. Visit Nicosia, the last divided capital in Europe and its gothic St. Sophia Cathedral and learn their story from your expert local guide.

The site consists of a church, now serving as an icon museum housing a stunning collection of Cypriot artefacts. The monastery hosts also small but interesting archaeological museum with complete pottery pieces from various eras from 4000BC onwards.

Salamis was the capital of Cyprus as far back as 1100 B.C. Located on the eastern coast of the island of Cyprus, it was a commercial hub that offered a rich and vibrant city life to its inhabitants. It have been ruled by various dominant powers over the course of its history, including Assyrians, Egyptians, Persians, and Romans. At one point during the Roman period, Salamis was the largest city in Cyprus, where more than 150.000 people used to live in. Today the city offers its visitors a magnificent sites to visit ranging from Roman theatre and the Gymnasium with thermal baths and a glimpse into the history of the island.

The old city of Famagusta is surrounded by the historical walls and is often described as an open air museum with its famous St. Nicholas Cathedral along with many other historical monuments.

The 14th-century Gothic Cathedral of St. Nicholas, which has since been turned into a mosque named Lala Mustafa Camii, is the most important monument in Famagusta to visit.

Varosa, the booming centre of tourism with its endless beaches and luxury resorts, abondened after the Turkish forces has taken control of the part of the Island in 1974. Now it stands as a ghost town and as the symbol of the Islands recent political history.

Kyrenia Castle lies at the north east of Kyrenia dominating the entry of the old harbour, is the best preserved castle on the island. It is first built in the 7th century by Byzantines against Arab raids. Its surrounding walls expanded in the 16th-century by the Venetians over a previously existing Crusader fortification. Within its walls lies a twelfth-century chapel showing reused late Roman capitals, and the Shipwreck Museum.

Located within Kyrenia Castle, the Shipwreck Museum displays 2,300-year-old trading vessel, together with its complete cargo. It is the oldest ship yet recovered from seabed anywhere.

The picturesque harbour is the jewel of Kyrenia where one can breath the history of the city and enjoy the harbours relaxing atmosphere.

The 13th-century Bellapais Monastery is regarded as a masterpiece of Gothic art in Cyprus. Set in the foothills of the Kyrenia Mountains in the beautiful hillside village of Bellapais. As a former home of British writer Lawrence Durrell, the village and the monastery became famous with his book ''Bitter lemons of Cyprus''.

The Kyrenia Gate, historically known as Porta del Proveditore, is one of the tree original gates in the Nicosia walls and was built in the 16th century by Venetians, as a part of the new city walls.

Selimiye Mosque, historically known as Cathedral of Saint Sophia, is a former Roman Catholic cathedral converted into a mosque by Ottomans. It is the largest and oldest surviving Gothic church in Cyprus which makes it North Nicosia's most prominent landmark. Its fascinating history stretches back to the 13th-century. In the style of architecture, St. Sophia resembles the famous medieval cathedrals of France.

Buyuk Han (The Great Inn) is one of the most important architectural works of the Ottoman period. The 16th-century Great Inn is located in the traditional market centre within the City Walls of Nicosia and is the largest inn of the island. It is one of two remaining inns in the whole Cyprus that still retain its original shape and appearance.