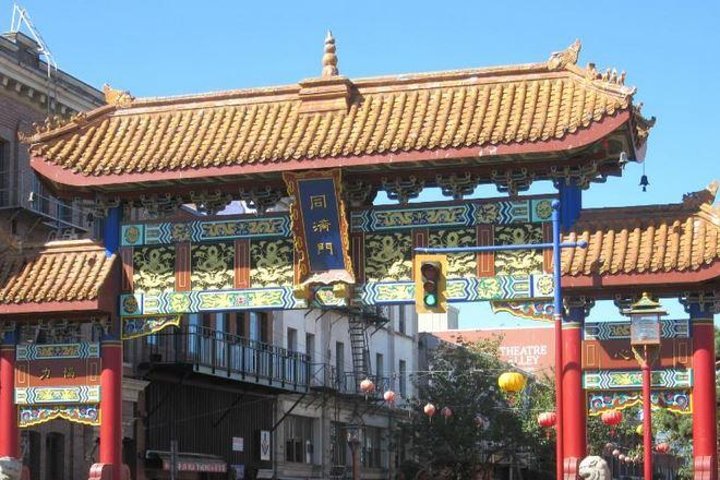 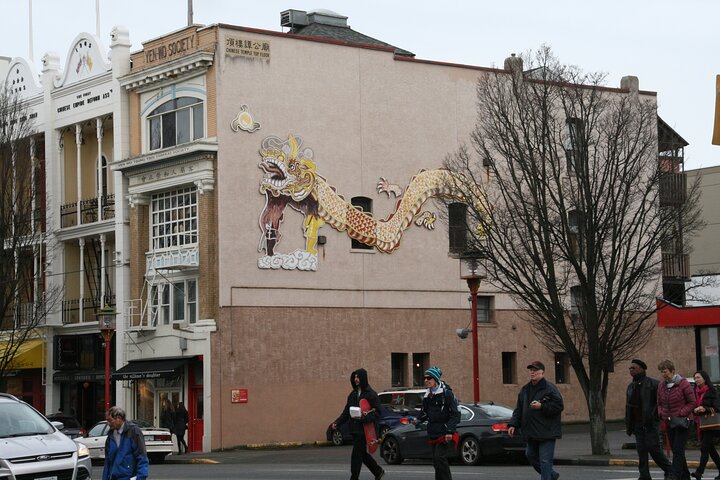 Savor the sights, sounds and stories of Canada's oldest Chinatown on this 90-minute walking tour. Follow in the footsteps of gold miners, merchants, laborers and revolutionaries as you weave your way along Chinatown’s main streets and then into Fan Tan Alley (the city’s most infamous thoroughfare).

Victoria was the supply center for the gold rush and grew to become British Columbia’s largest city before the birth of Vancouver in the 1880's. Victoria’s Chinatown was the home base for thousands of Chinese. Some established their own stores, restaurants, laundries and farms. In the city, some worked as gardeners, servants and cooks in the homes of non-Chinese. Outside the city, many worked for others in the gold fields, coal mines, logging camps and fish canneries. For many years, Victoria had the largest Chinese population in Canada. Today, its Chinese population is small in comparison to other cities, but Victoria will always have the distinction of being home to Canada’s oldest Chinatown.

The Chinese Public School is Victoria's most intriguing building. Learn about why it was built and why there is much more to its ornate architecture than meets the eye.

Fan Tan Alley is undoubtedly the most famous place in Chinatown, if not in all of Victoria. Many former gambling dens still exist in Fan Tan Alley. A demonstration of how to play fan tan  may be included in your tour.

Informacion Adicional
"Confirmation will be received at time of booking"
"Children must be accompanied by an adult"
"Operates in all weather conditions, please dress appropriately"
"Not wheelchair accessible"
"Near public transportation"
"No health restrictions"
"Most travelers can participate"
"This tour/activity will have a maximum of 10 travelers"
"Social distancing enforced throughout experience"
"Gear/equipment sanitized between use"
"Guides required to regularly wash hands"