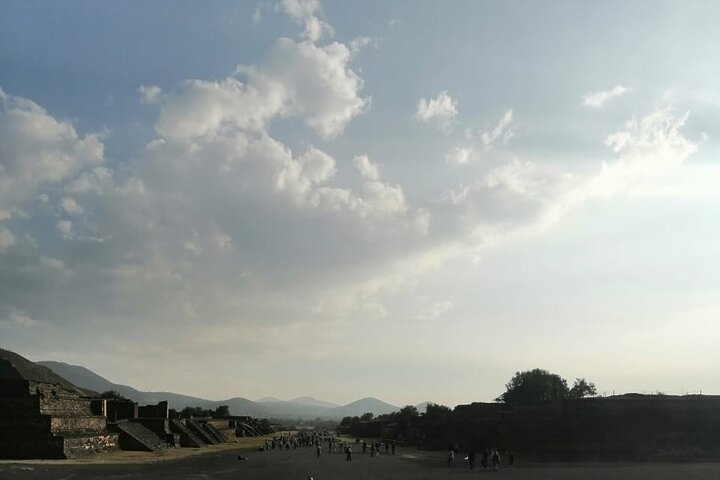 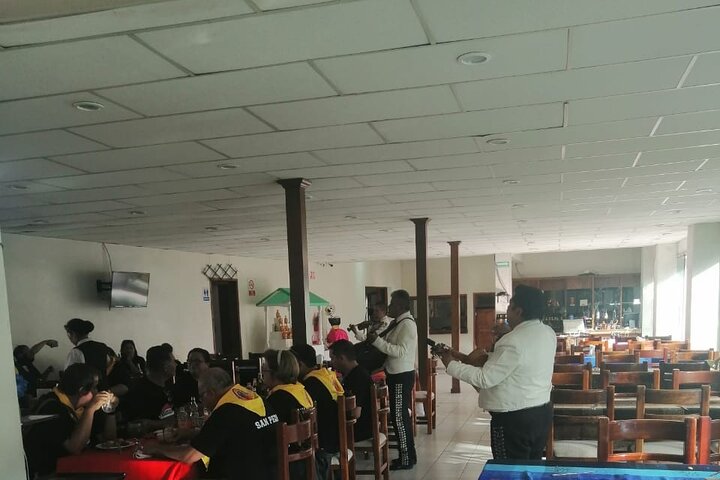 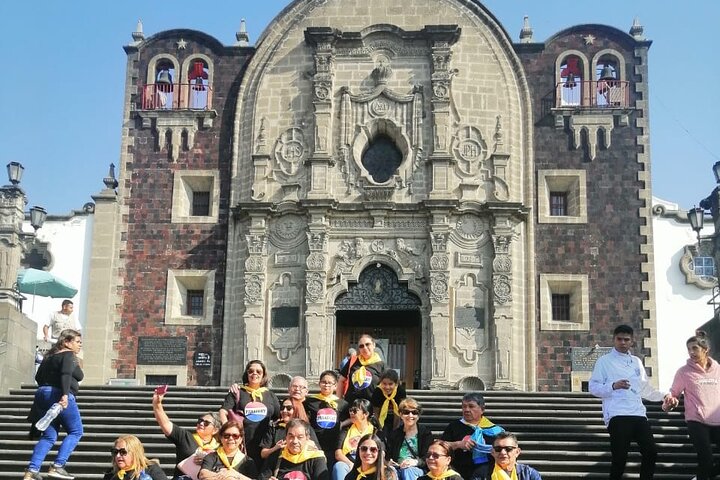 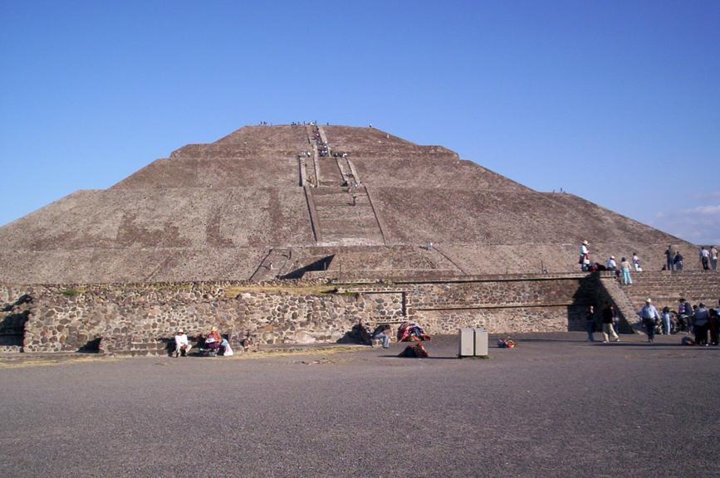 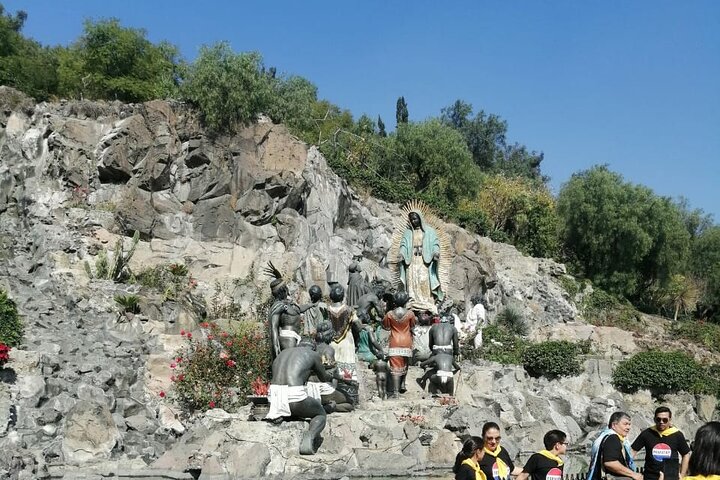 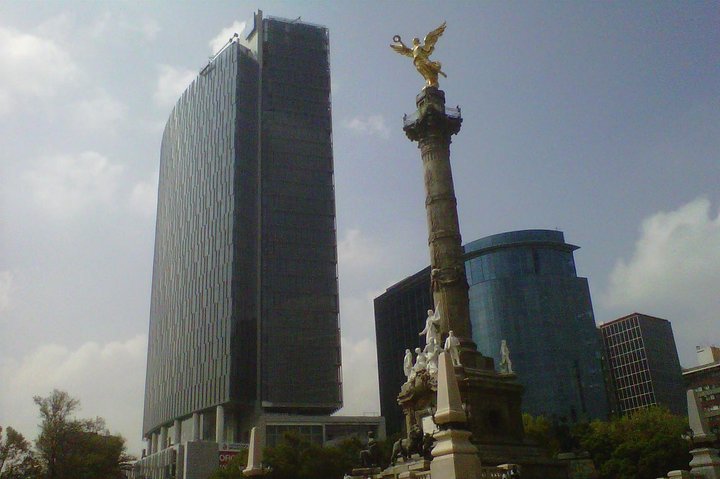 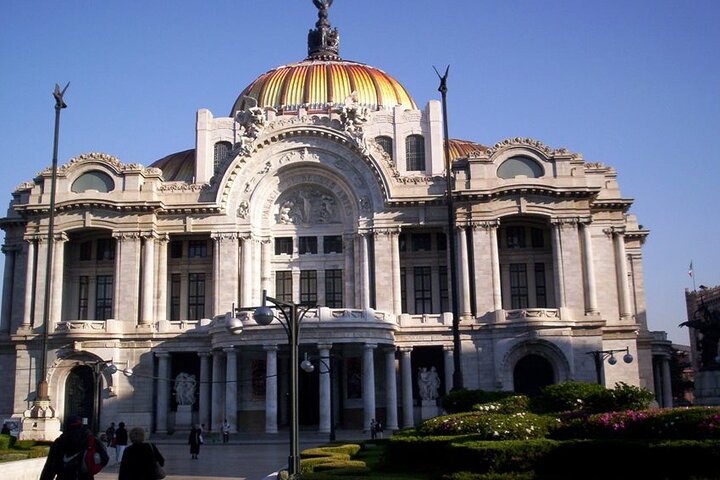 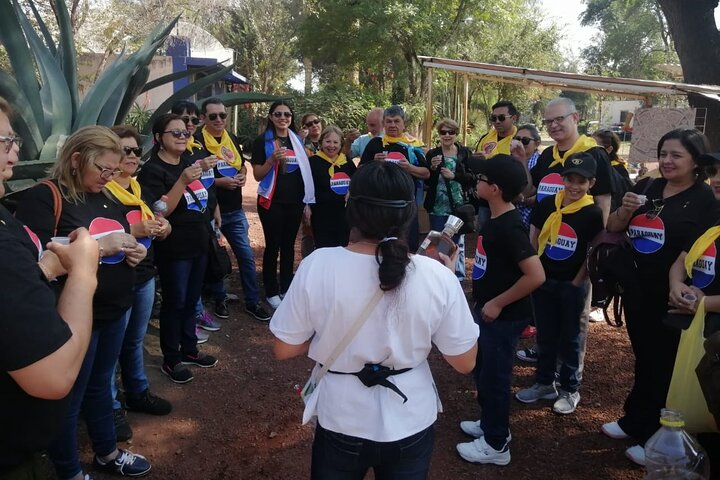 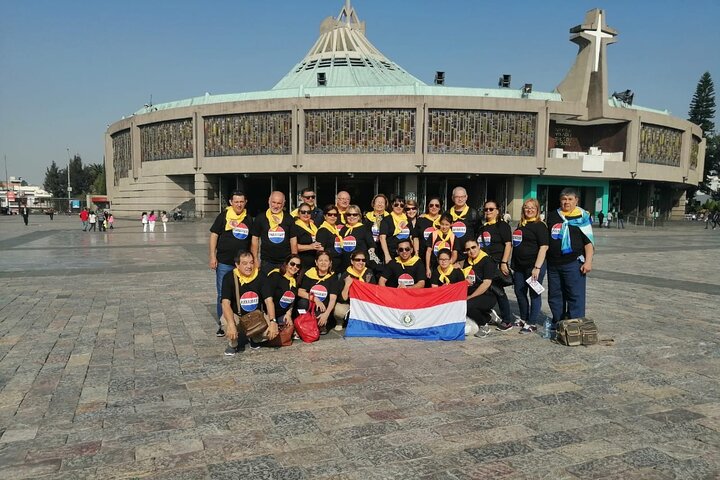 Don`t miss the opportunity of take a day trip to the heart of Mexico!

You cannot miss the most important city in this country, with its culture and historical points.

talking about the different cultures that made up the valley of Mexico, is to know the origins of Mexico in the 21st century

The National Palace is the seat of the Federal Executive Power of Mexico. Located east of the Plaza de la Constitución in the Historic Center of Mexico City, in the Cuauhtémoc district, it is built on an area of ​​40,000 m2. Being part of the aforementioned architectural complex in that area of ​​the city, it is consequently a World Heritage Site since 1987.

Teotihuacán or Teotihuacan (in Nahuatl: Teōtihuācan, '' place where men become gods'; 1; 'city of the gods')- 2, or also Teo uacan (in Nahuatl:' City of the sun ') 3 is the name given to what was one of the largest pre-Hispanic cities in Mesoamerica. The place-name is of Nahuatl origin and was used by the Mexica to identify this city built by a civilization before them and which was already in ruins when the Mexica saw it for the first time. To date, the name given by its original inhabitants is unknown. The remains of the city are located northeast of the Valley of Mexico, in the municipalities of Teotihuacán and San Martín de las Pirámides (State of Mexico), approximately 78 kilometers away from the center of Mexico City. The area of ​​archaeological monuments was declared a World Heritage Site by Unesco in 1987.

The Historic Center of Mexico City constitutes the original nucleus around which the current Mexican capital grew.

The area of ​​this part of the city can be defined according to two criteria. In an administrative sense, it corresponds to the Centro neighborhood of the Cuauhtémoc demarcation. In another sense, it corresponds to the zone of historical monuments delimited by the National Institute of Anthropology and History. It was reconciled and circumscribed by presidential decree on April 11, 1980. It has an area close to 10 square kilometers, includes and exceeds in part that of the island on which the pre-Hispanic city was founded and also the one that later had the colonial trace . It is there, precisely, where, despite the destructive action of time and human activity, extraordinary vestiges and monuments that speak of the almost seven centuries of the life of the city remain. All this architectural complex in that area of ​​the city has been a World Heritage Site since 1987.

The Palacio de Bellas Artes is a cultural venue located in the Historic Center of Mexico City, considered the most important in the manifestation of the arts in Mexico and one of the most renowned opera houses in the world.

The Metropolitan Cathedral of the Assumption of the Blessed Virgin Mary into the heavens of Mexico City is the headquarters of the Archdiocese Primada de México and is located on the north side of the Plaza de la Constitución in the Historic Center of Mexico City , in the Cuauhtémoc demarcation. Being part of the aforementioned architectural complex in that area of ​​the city, it is consequently a World Heritage Site since 1987.

The approximate measurements of this temple are 59 meters wide by 128 long and a height of 67 meters to the top of the towers. It is one of the most outstanding works of Spanish-American architecture.3 4 5 It was built, according to the plans of the Spanish architect Claudio de Arciniega, who was inspired by Spanish cathedrals, 6 around a church that was erected on the site shortly after the Spanish conquest of Tenochtitlán. The works began in 1573, concluded inside in 1667 and outside until 1813.

Informacion Adicional
"Confirmation will be received at time of booking"
"Travelers should have a moderate physical fitness level"
"Not wheelchair accessible"
"Child rate applies only when sharing with 2 paying adults"
"Children must be accompanied by an adult"
"Infant meals not included"
"At time of booking, Cruise ship passengers must provide the following information at time of booking: ship name, docking time, disembarkation time and re-boarding time"
"Refunds will not be issued if tour/activity is missed due to late or non-arrival of cruise ship"
"This experience requires a minimum number of travelers. If it’s canceled because the minimum isn’t met, you’ll be offered a different date/experience or a full refund"
"This tour/activity will have a maximum of 45 travelers"
"Face masks required for travelers in public areas"
"Face masks required for guides in public areas"
"Hand sanitizer available to travelers and staff"
"Regularly sanitized high-traffic areas"
"Transportation vehicles regularly sanitized"
"Guides required to regularly wash hands"
"Regular temperature checks for staff"
"Temperature checks for travelers upon arrival"

Hora de Inicio: 5:00 AM
Duración: 8 Hours
Lugar de comienzo: Traveler pickup is offered
We will pick up the travellers at all hotels in traditional acapulco, acapulco dorado and acapulco diamante the 3 tourist areas of acapulco