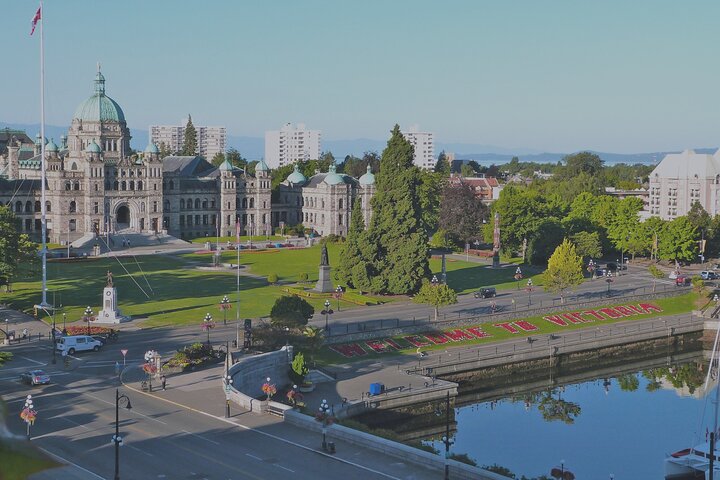 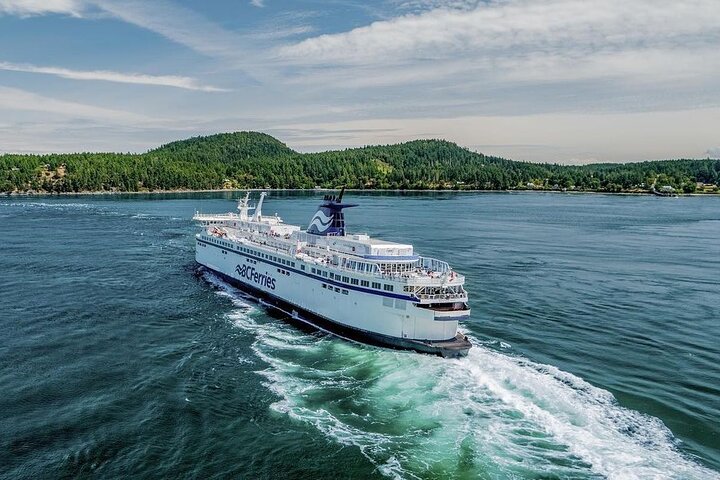 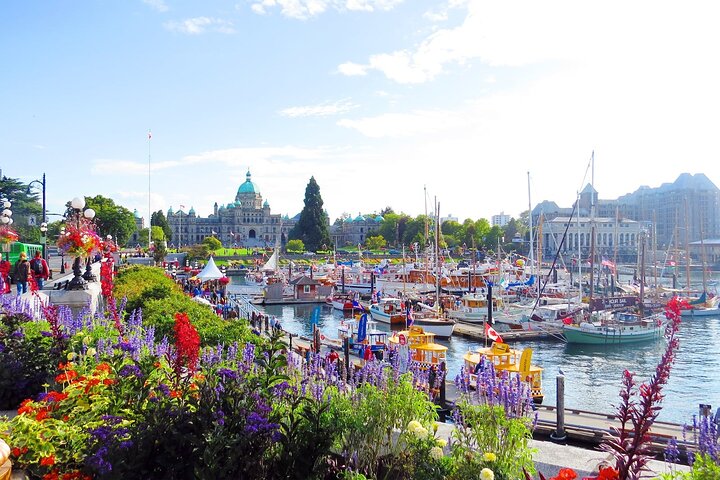 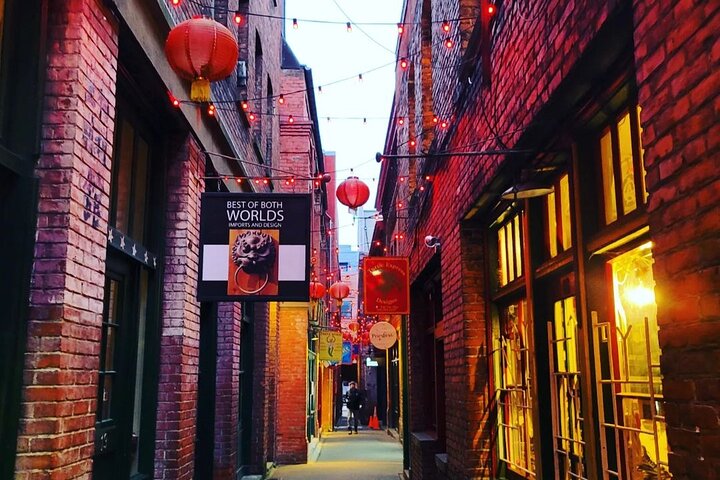 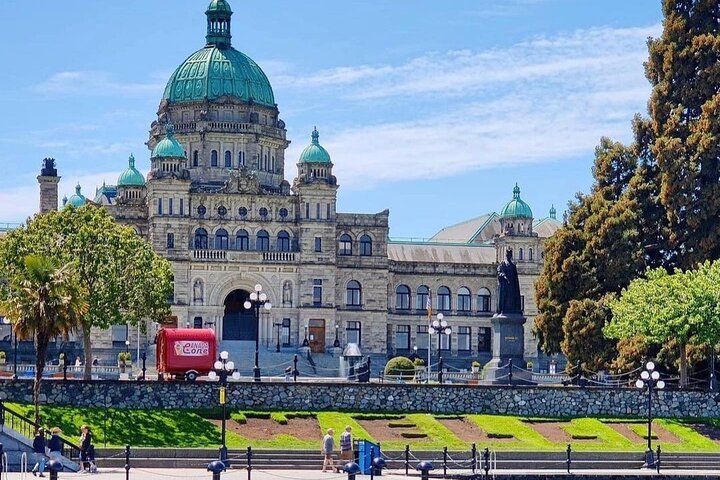 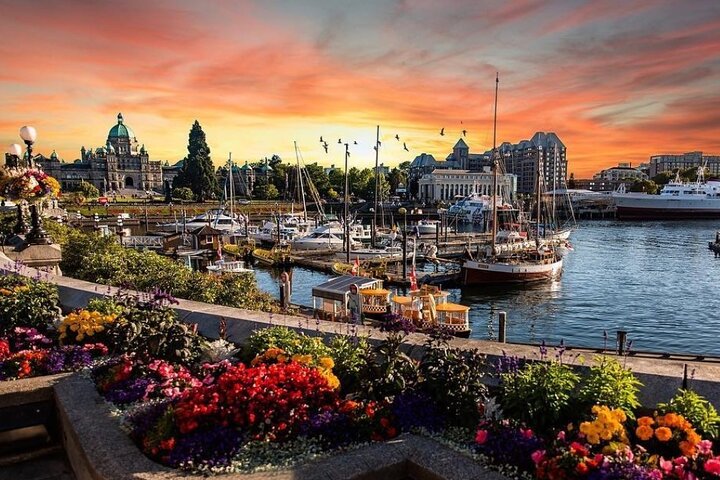 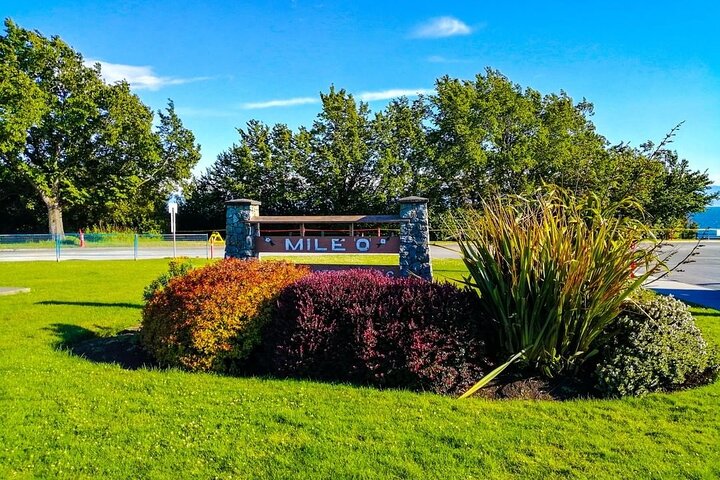 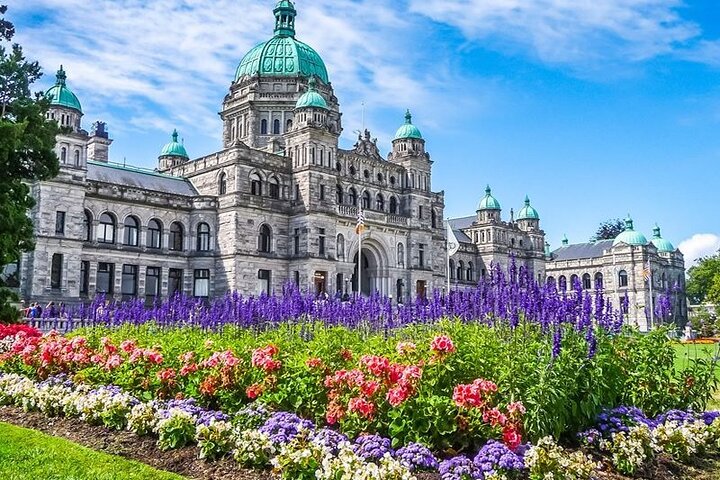 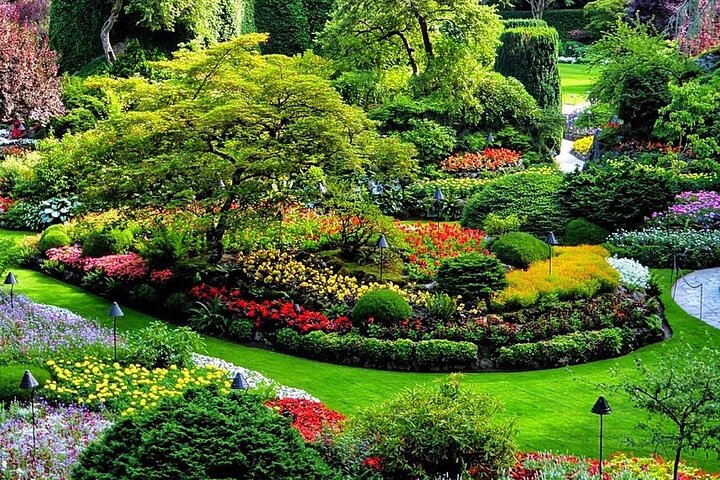 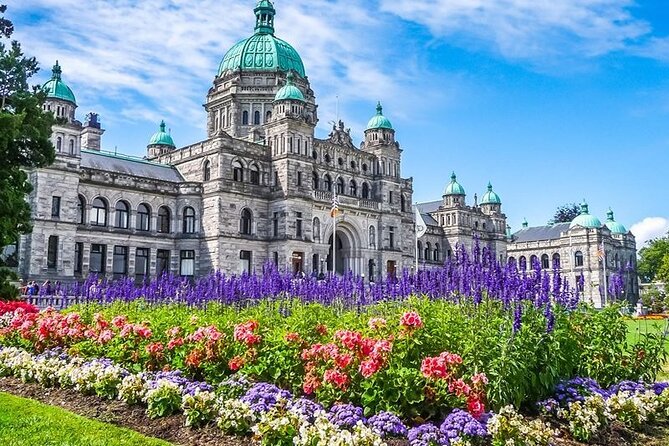 Today, we will take a ferry to Victoria, where we will visit the Butchart Gardens, Chinatown, Victoria Harbour, the Legislative Building, Beacon Hill Park, Empress Hotel or visit the Royal British Columbia Museum at your own expense. Afterwards we will continue to the Beacon Hill Park and Mile Zero. At sunset, we will take the BC ferry for returning back to Vancouver.

In the morning, tour departs from Tsawwassen Bay with BC Ferries to Victoria, the capital city of British Columbia, located in the south end of Vancouver Island. The ride takes 95 minutes. The luxury ferries provide full facilities including restaurants and gift shop. During the voyage, you can capture the beautiful scenery along Georgia Strait Coast at the upper deck or simply enjoy a cup of coffee at the coffee shop on board.

The Butchart Gardens is a group of floral display gardens in Brentwood Bay, British Columbia, Canada, located near Victoria on Vancouver Island. The gardens receive over a million visitors each year. The gardens have been designated a National Historic Site of Canada.

Mile Zero Monument located in Picturesque Beacon Hill Park in British Columbia’s capital, Mile 0 is one of the symbolic starting points of the Trans-Canada Highway on the Pacific Coast.

Fan Tan Alley is an alley in the Chinatown neighbourhood of Victoria, British Columbia, Canada. It runs south from Fisgard Avenue to Pandora Avenue at the block between Government Street and Store Street.

Victoria Harbour is a harbour, seaport, and seaplane airport in the Canadian city of Victoria, British Columbia. It serves as a cruise ship and ferry destination for tourists and visitors to the city and Vancouver Island. It is both a port of entry and an airport of entry for general aviation.

Return to Vancouver in the evening.

Informacion Adicional
"Confirmation will be received at time of booking"
"Wheelchair accessible"
"Stroller accessible"
"Near public transportation"
"Transportation is wheelchair accessible"
"Most travelers can participate"
"This experience requires a minimum number of travelers. If it’s canceled because the minimum isn’t met, you’ll be offered a different date/experience or a full refund"
"This tour/activity will have a maximum of 24 travelers"
"Hand sanitizer available to travelers and staff"
"Regularly sanitized high-traffic areas"
"Gear/equipment sanitized between use"
"Transportation vehicles regularly sanitized"
"COVID-19 vaccination required for guides"
"First Express recognizes that as one of the leading tour operators in Canada, we have an obligation to our stakeholders for upholding the highest public health safety standards as recommended by the Public Health Agency of Canada (PHAC)."