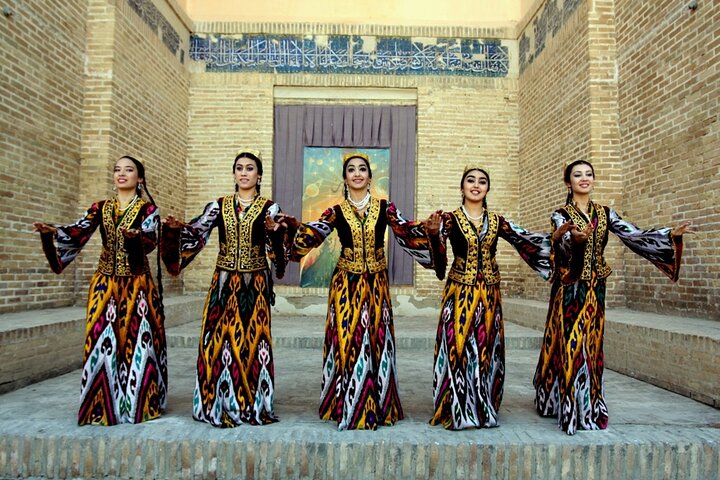 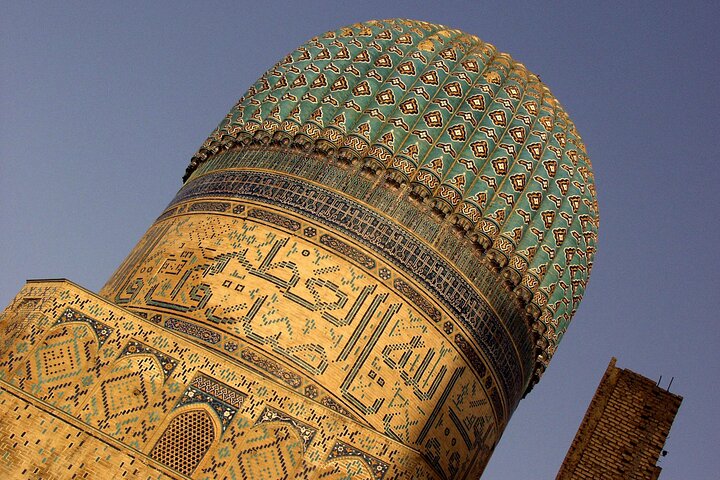 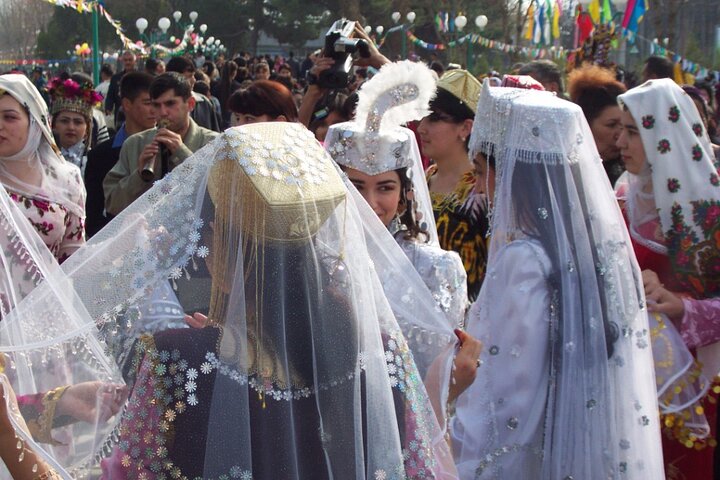 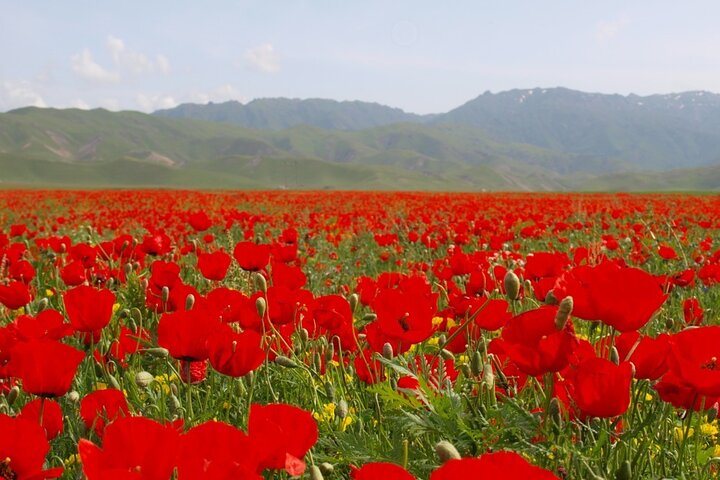 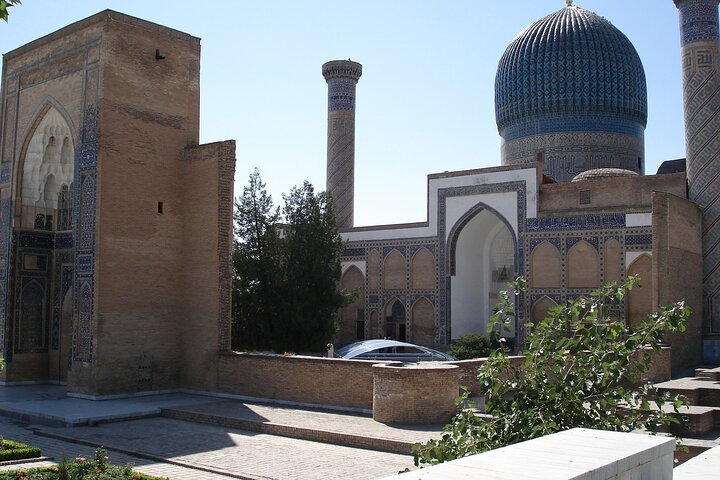 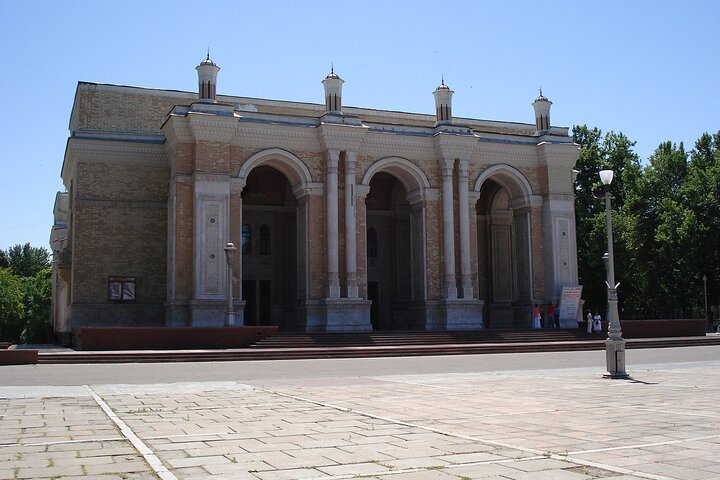 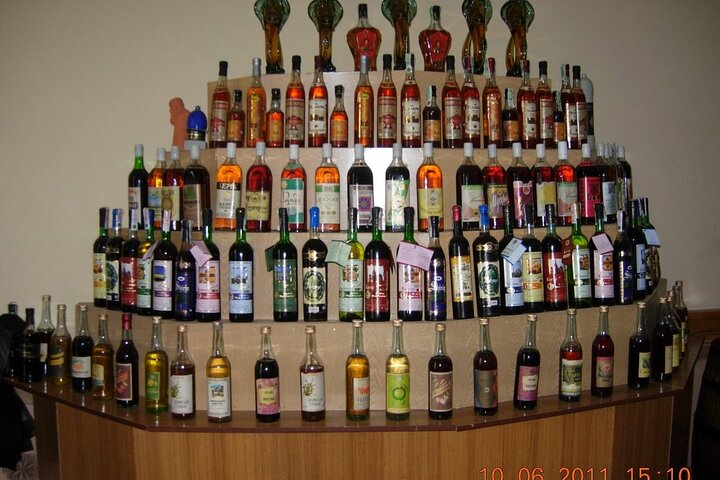 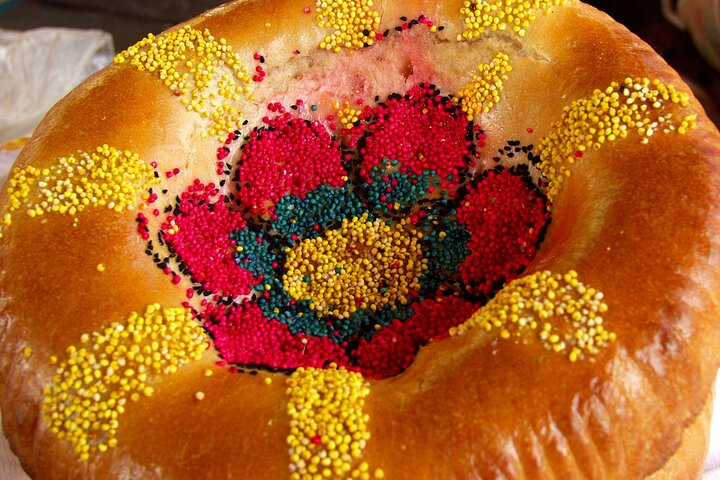 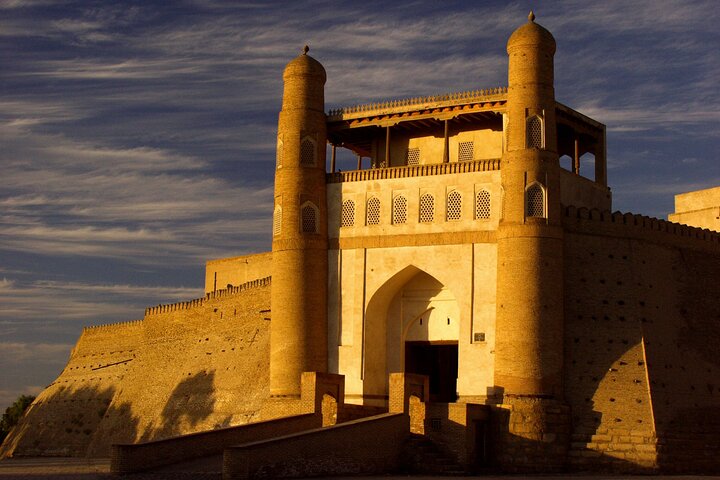 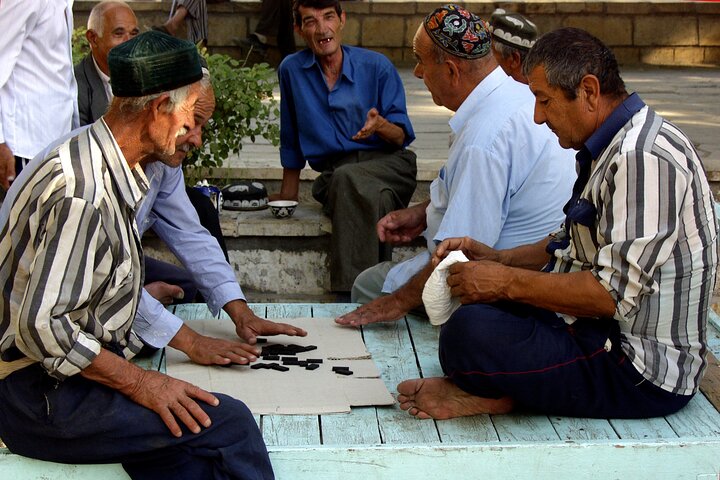 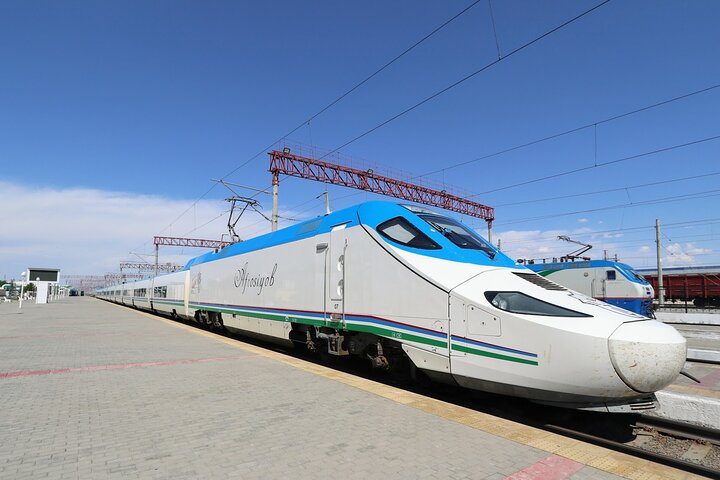 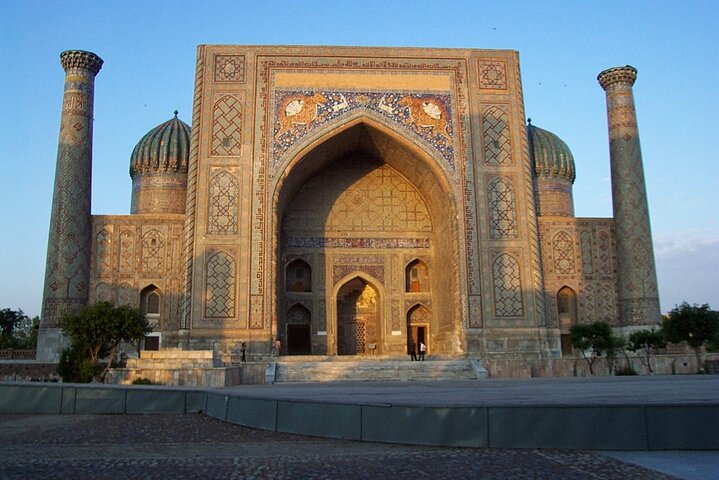 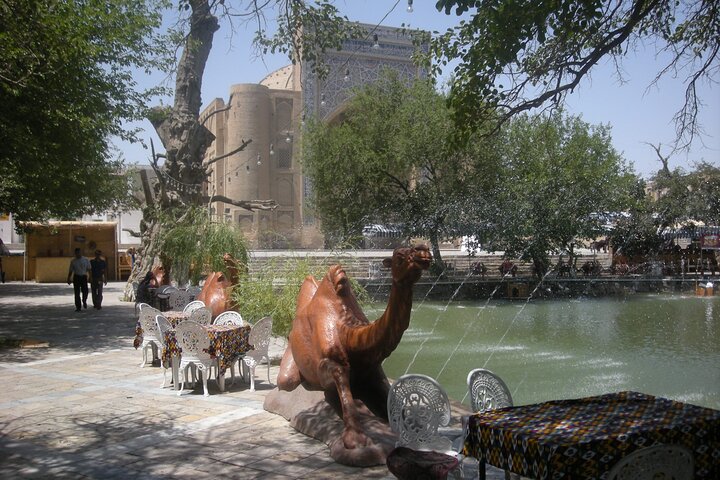 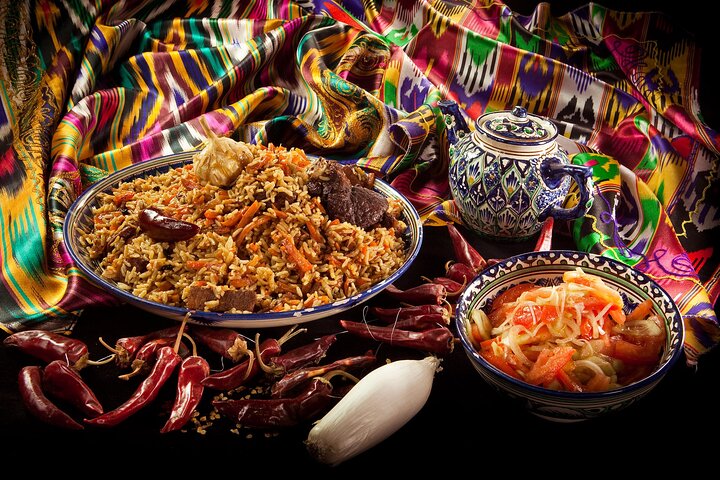 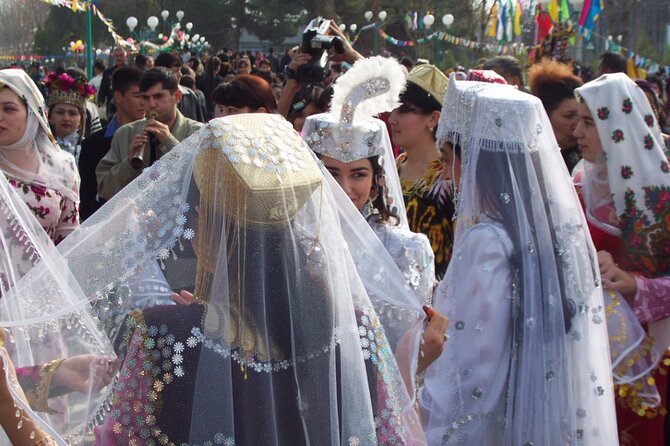 IATA accredited agent welcomes you to the heart of Central Asia! Discover ancient cities of Samarkand, Bukhara & Tashkent along the great silk road.
Our city guides will show you highlights of country’s cultural, historic & naturae. You will have the chance to experience local cuisine, mingle with local people & feast your eyes on marvels of Oriental Bazaars.
Our dedicated & qualified team of reservation, guide & drivers will ensure you having a memorable positive experience and can assist you even in last minute request to customize this tour.
Pick up at Kazach-Uzbek or Tajik-Uzbek boarder for minimum extra cost.
No hidden fees or extra charges, satisfaction Guaranteed.

Stop At: Navoi Opera Theater, Ataturk Str. 28, Tashkent 100029 Uzbekistan
Designed by Alexey Shchusev, the building of the theater was built in 1942-1947 and was opened to the public, celebrating the 500th anniversary of the birth of Alisher Navoi.
A tour of this facility is conducted outside the building.
Duration: 30 minutes

Stop At: Amir Temur Square, Mirabad District, Tashkent Uzbekistan
Central to the modern city, Amir Timur Square is a lush, green space with plenty of flowers and fountains. In the center of the square you will find a statue of Tamerlane on horseback.
Duration: 30 minutes

Stop At: Metro Taschkent, Little Ring Rd, Tashkent 100097 Uzbekistan
The Tashkent metro was the first underground in Central Asia. It was completed and opened in 1977.
All stations have their own unique architectural appearance: marble, granite, rows of columns, colorful bas-reliefs, ganch, etc.
Duration: 30 minutes

Stop At: Lyab-i-Hauz, B. Nakshabandi, Bukhara Uzbekistan
Built in the 16th - 17th centuries, Lyab-i Hauz Ensemble is still one of the major Bukhara squares.
Lyab-i Hauz Ensemble is probably the most popular Bukhara tourist attraction, often used as a rest stop, thanks to its grandness, tranquility and old age. Lyab-i Hauz is located in the southeast shakhristan near the main Bukhara trade street.
Duration: 1 hour

Stop At: Great Minaret of the Kalon, Khodja Nurobobod Street, Bukhara 200100 Uzbekistan
The Kalyan Minaret is the last surviving fragment of the Kara-khanid era mosque built by Mohammad Arslan Khan in 1127, predating the Mongol conquests. Standing tall at 45.6 meters, this unlikely survivor of the city's early days—which so astonished Genghis Khan that he refused to order its destruction—continues to serve as the centerpiece of the city at the Po-i-Kalyan square.
Duration: 1 hour 30 minutes

Stop At: Moschea Bolo-khauz, Registan square, Bukhara Uzbekistan
The Bolo Hauz stands opposite the Ark Fortress in a Kosh arrangement with the resistance between them. Its name means "above the pool", referring to the octagonal hauz, or artificial pond, located directly in front of it. Begun in 1712, early in the reign of Abu'l-Faiz Khan (r. 1711-47), it is one of the last and finest of Bukhara's major buildings prior to the modern era.
Duration: 20 minutes

Stop At: Ark of Bukhara, Afrosiab St, Bukhara Uzbekistan
The Ark, a royal town-within-a-town, is Bukhara’s oldest structure, it was home to the rulers of Bukhara for over a millennium. The Ark is as old as Bukhara itself. The founding of the original fortress is blurred in antiquity, but it was certainly the focus around which developed the medieval town.
Duration: 1 hour 30 minutes

Stop At: Poi Kalyan Mosque, Khodja Nurobobod Street, Bukhara Uzbekistan
The Kalyan Minaret is the last surviving fragment of the Kara-khanid era mosque built by Mohammad Arslan Khan in 1127, predating the Mongol conquests. Standing tall at 45.6 meters, this unlikely survivor of the city's early days—which so astonished Genghis Khan that he refused to order its destruction—continues to serve as the centerpiece of the city at the Po-i-Kalyan square.
Duration: 1 hour

Stop At: Gur Emir Mausoleum, Oksaroi St. 1, Samarkand 140164 Uzbekistan
Gur Emir Mausoleum – As a conqueror there are few that are Tamerlane’s equal, both in territory and legacy left. Today one can visit his tomb in the beautifully reconstructed Gur-Emir Mausoleum (1404-1405, 15-17 centuries) and reflect on his life while looking at the largest piece of jade (greenstone) in the world.
Duration: 40 minutes

Stop At: Bibi Khanym Mosque, Guzarskiy Lane, Samarkand 140164 Uzbekistan
Bibi-Khanym Mosque – named after the wife of Temur and built between 1399-1404 – is one of best-known architectural attractions of Central Asia. The Mosque was erected on Timur's order after his combat of Delhi. The Minaret of the Mosque was supposed to be the tallest.
Duration: 30 minutes

Stop At: Siab Bazaar, Bibikhonim Str., Samarkand 140164 Uzbekistan
Siab Bazaar in Samarkand is still as impressive as it was many years ago. Its abundant produce and handicrafts is evidence of the natural wealth of Uzbekistan and its people’s talents and diligence.
Duration: 40 minutes

Stop At: Shah-i-Zinda, Samarkand Uzbekistan
Shakhi-Zinda Ensemble – (IX) situated on southeastern mound of Afrosiab. This architectural complex consists of 44 tombs in more than 20 mausoleums. The greatest significance of Shah E Zinda is that he was the First cousin of the Prophet Muhammad (PBUH) and resembles the Prophet the most.
Duration: 1 hour

Informacion Adicional
"Confirmation will be received at time of booking"
"Infant seats available"
"Near public transportation"
"Stroller accessible"
"Not wheelchair accessible"
"This tour is customizable at no or small charge, pls email us your desired changes."
"check if you need a visa to enter Uzbekistan"
"Most travelers can participate"
"This is a private tour/activity. Only your group will participate"
"Social distancing enforced throughout experience"
"Transportation vehicles regularly sanitized"
"Guides required to regularly wash hands"
"Regular temperature checks for staff"
"Paid stay-at-home policy for staff with symptoms"
"COVID-19 vaccination required for guides"