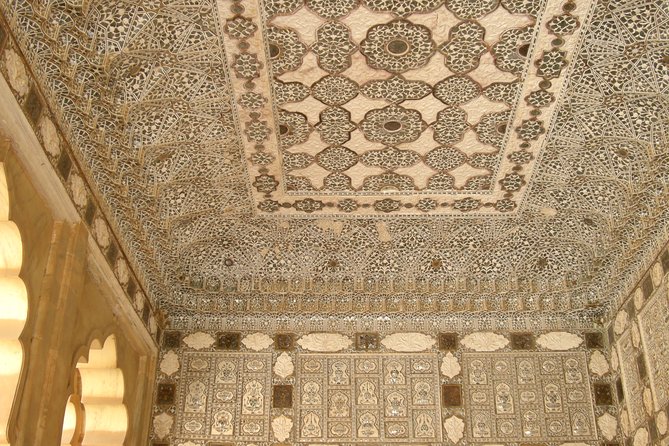 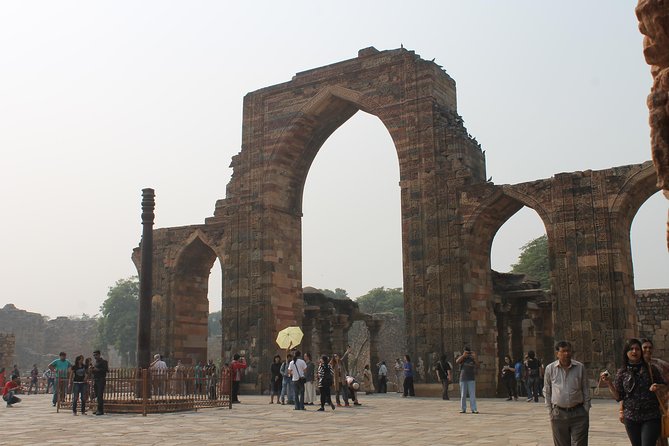 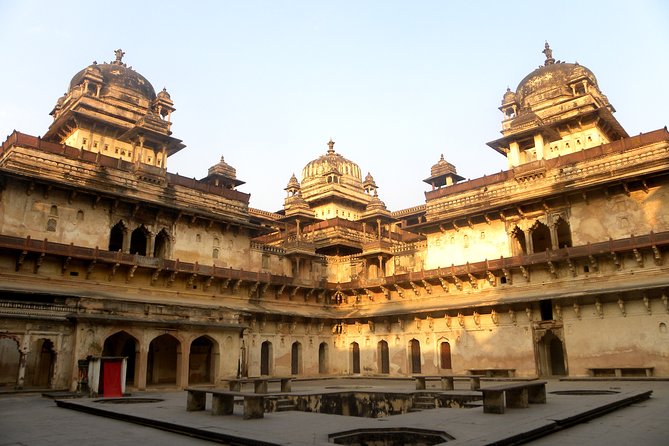 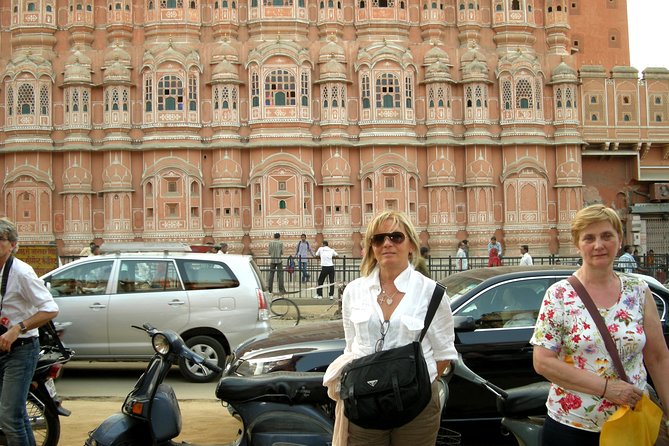 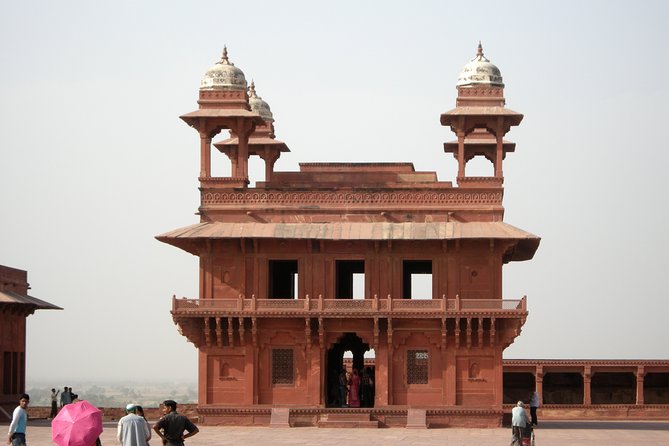 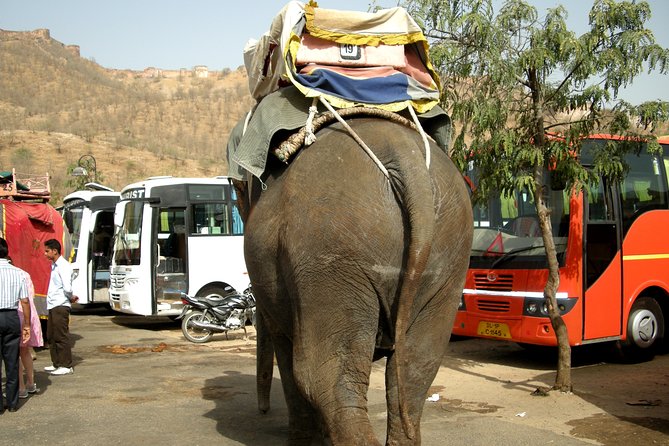 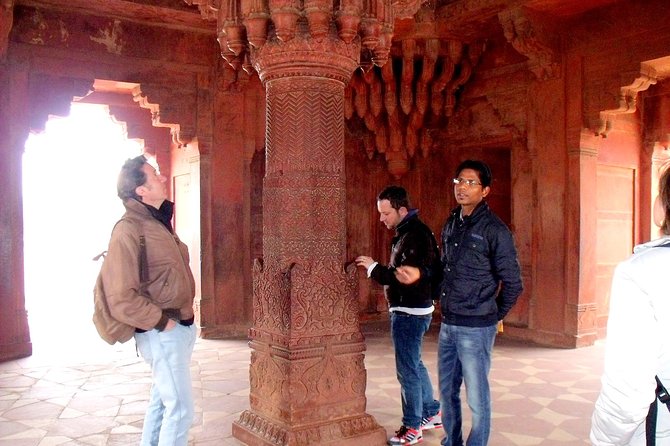 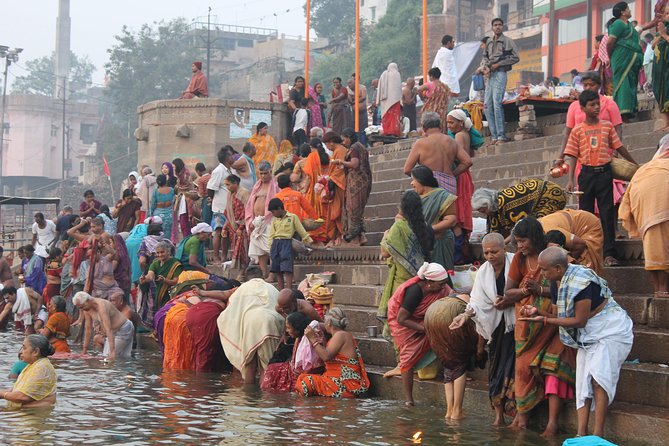 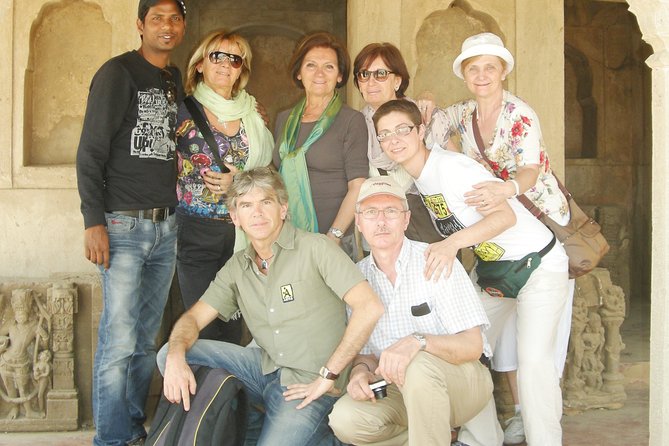 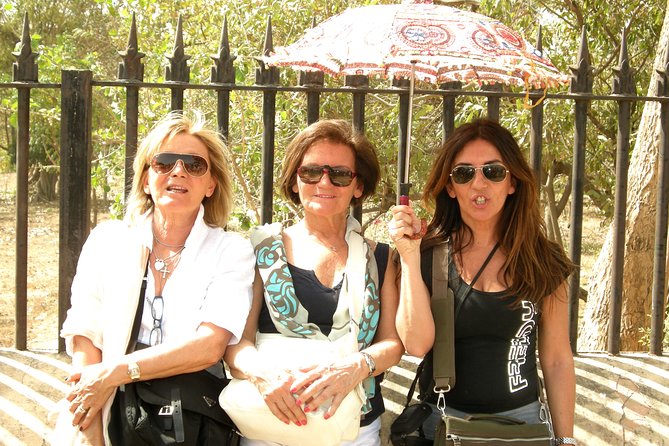 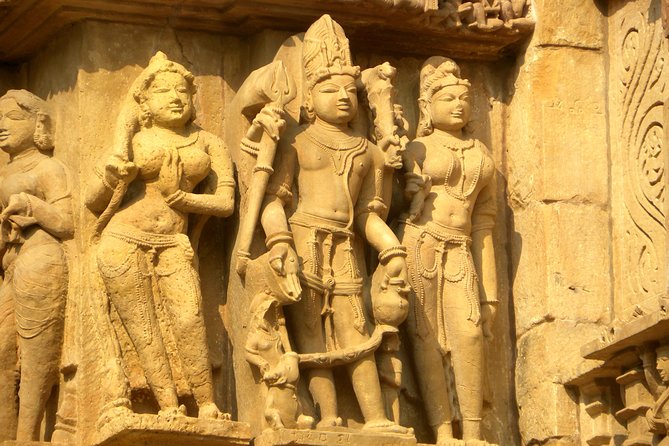 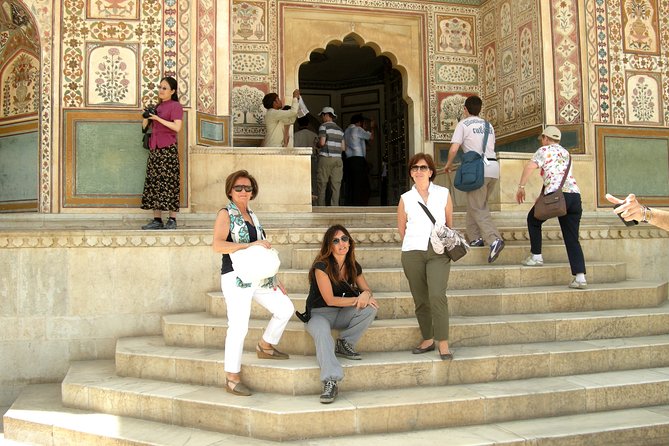 Come visit India and explore the highlights of the north on this adventureous tour from Delhi to Varanasi. Witness the Mughal splendours of Agra and Delhi, discover the ‘Pink City’ of Jaipur, soak up in the ambience of holy Varanasi and admire the erotic sculptures at Khajuraho. This wonderful introduction to the magical India would cover lavish palaces, vibrant bazaars, Kama Sutra temple carvings, Ghat of varanasi and the incomparable TajMahal. Packed with highlights and hidden gems this tour would leave you Enchanted. Take time to discover the Magic of India.
All Inclusive Tour. – Hotels / Transport / Guides / Monument Fees.
Rickshaw Ride Through the Narrow Lanes of Chandni Chowk Market at Delhi.
Visit of Tajmahal - The Monument of Love
Visit of Abhaneri Step well - An 8th Century Architetural Marvel
Elephant Ride at Amber Fort
Varanasi - a blend of spiritualty and belief on the bank of Holy River Ganga

Stop At: Qutub Minar, Qutb Minar, Mehrauli, New Delhi 110030 India
The Tour Starts at 10 AM in the Morning. If You happen to be arriving in the Morning on Tour Statrting Date Our Representative will come and pick you up at the airport. Else we could pick you From Your Hotel in Delhi too. Checkin will be done after the sightseeing.
Arrival in Delhi, After the customs formalities, Meet with MTA Representative. Our Representatiove will be waiting for You Outside The Gate Number 5 with you Name Placard.

Stop At: Raj Ghat, New Delhi, Delhi 110002, India
Rajghat – The Tomb Of Mahatma Gandhi called as The Father of the Nation.
Duration: 30 minutes

Stop At: Taj Mahal, Dharmapuri, Forest Colony, Tajganj, Agra 282001 India
Drive to Agra, Arrival and Visit of the Magnificent Taj Mahal, An Incredible Legacy of Moghul architecture in India. It was built by Emperor Moghul Shah Jahan in white marble and semi-precious stones in The memory of her Beloved Wife Mumtaj Mahal.

Stop At: Agra Fort Rakabgani, Agra 282003 India
Proceed towards Agra Fort
A Kilometer Away from Taj Mahal on the banks of the river rises the complex of palaces and royal gardens that housed the Moghul rulers for many years. Agra Fort was built by Akbar from 1565 on the foundations of the old fort of the Lodi dynasty and was enlarged and modified by its successors.
Duration: 1 hour

Stop At: Fatehpur Sikri India
Drive to Jaipur, Along the way take a stop to visit the Ghost City of Fatehpur Sikri, a city built in red sandstone by Emperor Akbar and abandoned after only twelve years of use. The citadel retains the charm of the medieval atmosphere that characterized it.
Duration: 2 hours

Stop At: Chand Baori (Step well), Jaipur-Agra Road, Abhaneri 303313 India
Take a second stop at Abhaneri for the visit of the famous monumental stepwell "baoli" built in sandstone in the ninth century, Proceed Towards Jaipur.
Please Note : At Abhaneri there are Not too many Guides, so the sight seeing might not be Possible with a guide.
Duration: 30 minutes

Stop At: City Palace of Jaipur, Tripolia Bazar Near Jantar Mantar, Jaipur 3023002 India
Later visit of the City Palace, a complex of princely buildings that include the private apart-ments of the Maharaja. Its Museum, full of carpets and miniatures is unique in the world
Duration: 2 hours

Stop At: Jantar Mantar - Jaipur, Tripoliya Bazaar near entrance to City Palace, Jaipur 302020 India
Adjacent to the palace is the Astronomical Observatoryof Jai Singh, the seventeenth-century Astronomical Marvel, The Observatory, includes sophisticated tools for the calcula-tion of eclipses and for the detection of the position of stars, The calculation of ascendants. The Principal Attraction of the building is 27 meter high sundial which is located in the center of the observatory and is able to calculate the time up to 2 seconds of precision.
Duration: 30 minutes

Stop At: Sarnath Via-Anlabereni, Varanasi 759026 India
Early in the Morning, Transfer to Delhi and to the airport for departure by direct flight to Varanasi.
Arrive at Varanasi, meet our representative and start your guided tour.
Varanasi, one of the oldest cities on the planet and one of the seven holy cities of Hinduism.
Known as "the city of life" according to the legend Varanasi, or Benares as the English called it unable to pronounce its splendid name, was founded by Shiva. The first traces of urban settlements date back to the 11th century BC Lying on the banks of the sacred river Ganges, Varanasi is the sacred place from which everything originates and to which everything returns. For the Hindu faithful, Varanasi is the place where one rejoins the divine, where it is possible to atone for one's sins, where one can free oneself from the endless cycle of reincarnations ...
Afternoon dedicated to the Buddhist site of Sarnath, one of the most revered places in world Buddhism. Where, Buddha Sakyamuni (the Enlightened) revealed for the first time the teachings of Buddhist knowledge.

Please Note : In case of availability, we may provide the direct domestic flight from Jaipur to Varanasi instead of from Delhi.
Duration: 1 hour

Stop At: Ganga Aarti, Dashashwamedh ghat Road, Varanasi 221001 India
In the evening a suggestive excursion on the ghats to attend the Aarti Puja, a ceremony of light on the banks of the Ganges, during which the brahmins celebrate the river and thank the gods with sacred songs and music.

Please Note - Visiting Ganga Arti is not possible during the monsoon season if the water level is high in river Ganga
Duration: 2 hours

Stop At: Ganges River, Varanasi India
Wake up before dawn and boat ride on the river Ganges, admiring the devotees who plunge into the river to free themselves from their sins.

Please Note : In the Month of August and Monsoon Months, because of high water level in river, the boat is not permittable.
Duration: 2 hours

Stop At: Khajuraho Temples, Khajuraho India
Morning dedicated to a fabulous tour to visit the wonderful temples built between the ninth and eleventh century. Visit the western temples dedicated to Hindu deities, known for their high architectural value and for their erotic sculptures. Many of these sculptures show the various mudra of Tantra. Originally there were around 84 temples, one for each of the 84 Kamasutra postures. However, many were destroyed in the Middle Ages and today only 33 remain. However, they continue to represent the great past of this fascinating place. After visiting the western temples, visit the east area dedicated to the Jain Tirthankara and Jain religion.
Late transfer to Orchha, once the famous feudal state of Bundelkhand, later abandoned. Here you will find a small village full of colours and beautiful temples with high Shikhara, called Chattris in the local language.
Duration: 3 hours

Stop At: Jahangir Mahal, Bhadbhada Road, Orchha 472246 India
In the morning visit the Orchha and its famous Jahangir Mahal and other monuments built in the 16th century.
Transfer to Gwalior.
Duration: 2 hours

Stop At: Gwalior Fort, Gwalior India
Visit the Gwalior. The princely state of Gwalior was always known for its culture and rich heritage. Visit the spectacular Gwalior fort, known for its hindu architecture and Temples near to the Fort. While going down from the Fort, stop at Gopachal Parvat to take pictures of the Giant Statues of Jain Saints, sculptured and carved in rock. Transfer to railway station and Train to Delhi. Arrival at Delhi and transfer to Airport.
Duration: 3 hours

Informacion Adicional
"Confirmation will be received at time of booking"
"Wheelchair accessible"
"Dress code is smart casual"
"A dress code is required to enter places of worship and selected museums. No shorts or sleeveless tops allowed. Knees and shoulders MUST be covered for both men and women. You may risk refused entry if you fail to comply with these dress requirements"
"May be operated by a multi-lingual guide"
"Vegetarian option is available, please advise at time of booking if required"
"Please advise any specific dietary requirements at time of booking"
"The duration of transfers are approximate, the exact duration will depend on the time of day and traffic conditions"
"Passport name, number, expiry and country is required at time of booking for all participants"
"Operates in all weather conditions, please dress appropriately"
"Stroller accessible"
"Near public transportation"
"Infants must sit on laps"
"Infant seats available"
"Not recommended for pregnant travelers"
"Most travelers can participate"
"This experience requires good weather. If it’s canceled due to poor weather, you’ll be offered a different date or a full refund"
"This experience requires a minimum number of travelers. If it’s canceled because the minimum isn’t met, you’ll be offered a different date/experience or a full refund"
"This tour/activity will have a maximum of 8 travelers"

Hora de Inicio: 9:00 AM
Duración: 10 Days
Lugar de comienzo: Traveler pickup is offered
We can also pick the travelers from any other suitable location in new delhi