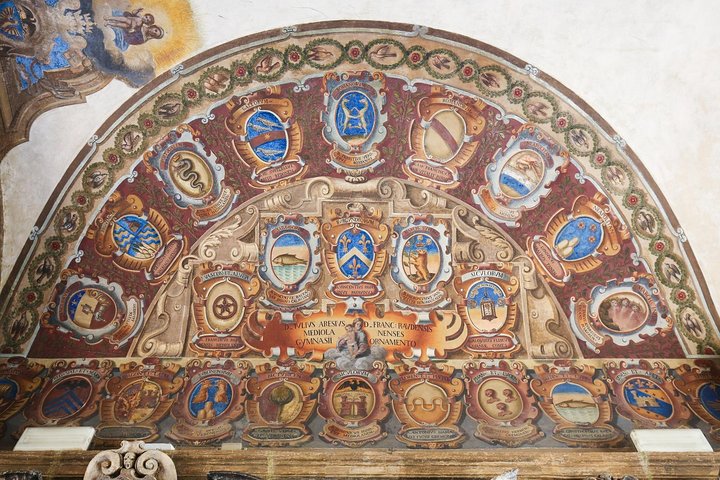 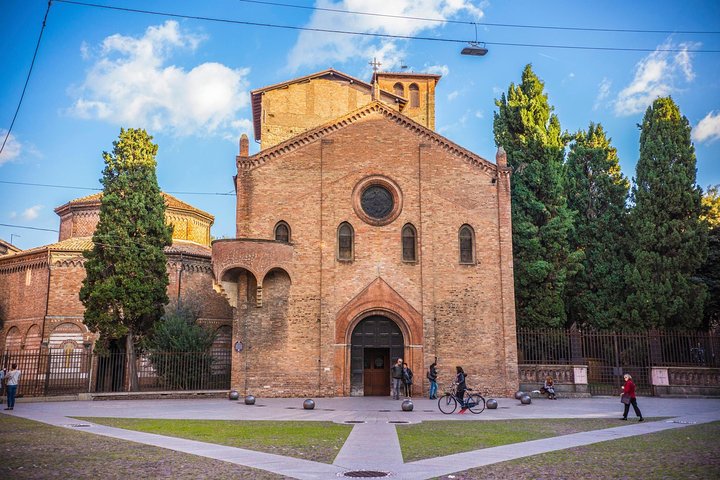 A two-hour long bike tour to show you the most attractive sites of Bologna.

Bologna is an easy-to-ride city boasting beautiful arcade-lined streets and medieval buildings. Riding on our bikes, you'll discover the Archiginnasio (the oldest university in the world), the charm of Piazza Maggiore, the iconic Two Towers and visit many other important landmarks of this unique and amazing city.

Getting on your comfortable city bike, you’ll start your tour from the modern neighbourhood of Manifattura delle Arti, currently hi-tech and cultural centre of Bologna; we’ll lead you towards the ancient Medieval Port, where you’ll discover the history of the many water canals that developed throughout the city, which nowadays are routes of the underground Bologna.

You’ll then reach the former Jewish ghetto, where you’ll be enthralled by the imposing Torre Prendiparte and its incredible history.

Following your guide, you’ll reach one of Bologna’s main symbols: the 2 Towers.

And, not far away from them, you’ll be amazed by one of the city’s most precious sites: Piazza Maggiore

The great church of St. Petronius will be one of the attractions you'll see on Piazza Maggiore.

together with Palazzo d'Accursio, home to an important modern art collection.

You’ll discover the Archiginnasio, original seat of the oldest University in the western world.

Your tour will proceed towards the Basilica San Domenico, which hosts the sarcophagus of St. Dominic, an imposing sepulchral monument designed by sculptors Nicola Pisano, Niccolò dell'Arca and a very young Michelangelo.

Passing through old quarters and hidden squares you’ll reach the square of Santo Stefano, overlooked by the old buildings of the ancient church to which it owes its name.

Your last stop before returning will be Via Piella, one of the few places in the city where you can still see the waters of the canals that nourished the mills of the Medieval city.

Informacion Adicional
"Confirmation will be received at time of booking"
"Infant seats available"
"The infant price is for a bike-seat attachment. There can only be one infant per bike. Please consider infant to adult ration when booking"
"Adult pricing applies to all travelers over 13."
"Operates in all weather conditions, please dress appropriately. With slight rain the tour is confirmed and all customers will receive a raincoat for free. If the weather is such as to impede riding a bike the tour will be transformed into a walking tour or rescheduled."
"A maximum of 15 people per booking"
"Not wheelchair accessible"
"Near public transportation"
"Most travelers can participate"
"This experience requires good weather. If it’s canceled due to poor weather, you’ll be offered a different date or a full refund"
"This experience requires a minimum number of travelers. If it’s canceled because the minimum isn’t met, you’ll be offered a different date/experience or a full refund"
"This tour/activity will have a maximum of 50 travelers"