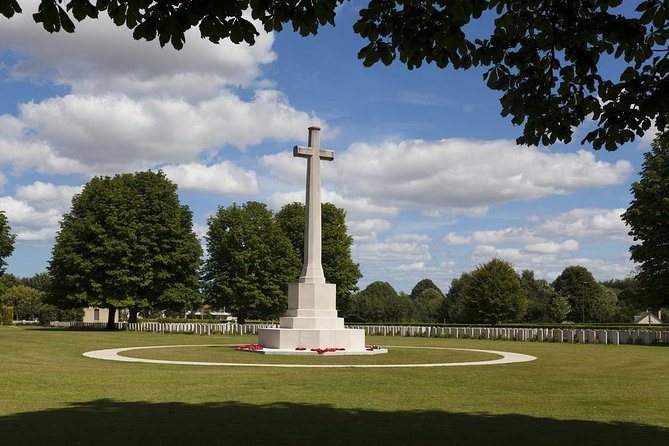 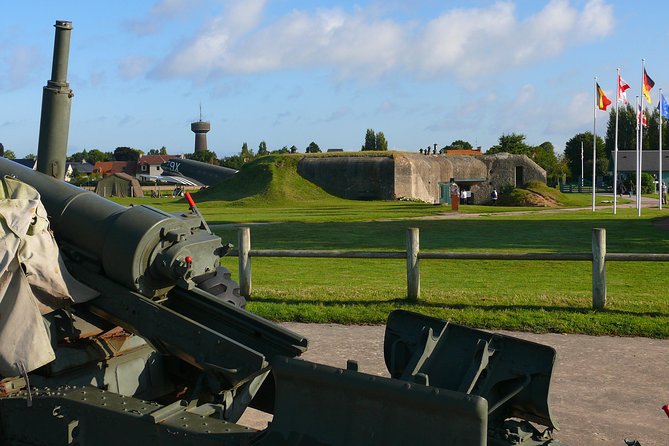 Explore the Normandy battlefields with a guide on this 5-hour tour, and learn of the struggles that took place here during World War II. Offering a sensitive introduction to this difficult period of European history, the tour takes you to many of the sites that saw action. Visit the Merville Gun Battery and Museum, Sword Beach and the Hillman Bunkers and gain an understanding of the conflict that played out there. Walk among the graves at the Commonwealth Military Cemeteries and read the touching epitaphs left to fallen soldiers.

Be where the very first ally forces landed during d-day.

Follow the way of the british and french number 4 commandos.

Informacion Adicional
"Confirmation will be received within 48 hours of booking, subject to availability"
"Please note that the tour departs from Bayeux - Normandy. There is no hotel pickup from Paris."
"Not wheelchair accessible"
"Stroller accessible"
"Service animals allowed"
"Near public transportation"
"Infant seats available"
"Most travelers can participate"
"This experience requires a minimum number of travelers. If it’s canceled because the minimum isn’t met, you’ll be offered a different date/experience or a full refund"
"This tour/activity will have a maximum of 8 travelers"