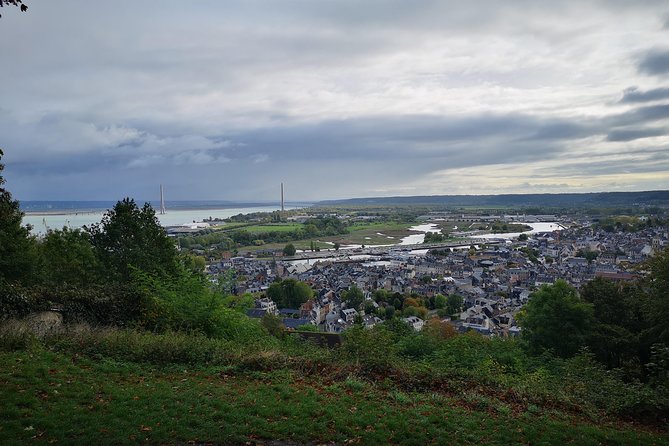 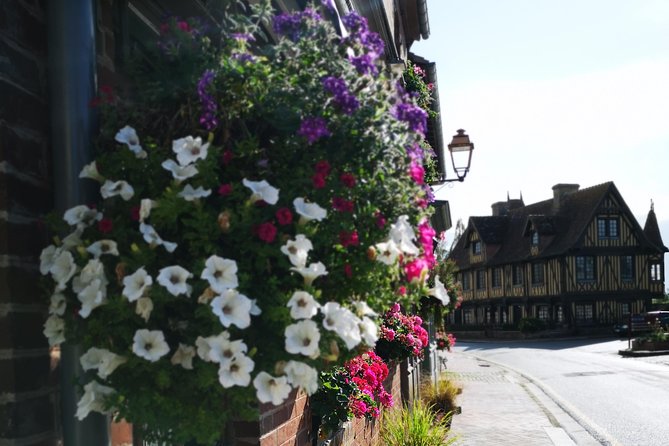 Discover the history, culture and food of the Normandy region on this private tour of Bayeux, Honfleur and Pays d'Auge departing from central Bayeux. See the famous Bayeux Tapestry depicting the invasion of England by William the Conqueror in 1066; admire the colorful harbor in Honfleur that inspired the Impressionist painters; and taste the region’s key gourmet treats of Camembert, Calvados and cider.

Departing in a minivan from Bayeux, your full-day tour of the best of Normandy starts with the magnificent Bayeux Cathedral, which dates from 1077 and was built in both Roman and Gothic styles. Bayeux was the first town to be liberated by the Allies at the end of World War Two and survived intact; it boasts an impressive array of architecture dating from antiquity to the Renaissance to the modern day.

Also in Bayeux, you will see the famous Bayeux Tapestry, an embroidered cloth more than 200 feet (60 meters) long. This cloth, which was originally housed in the Bayeux Cathedral, tells the story of William the Conqueror, from the build-up to the invasion of England to the Battle of Hastings in 1066, when William defeated King Harold to become King of England. The tapestry is now located in the purpose-built Bayeux Tapestry Museum.

Continue your tour to the port town of Honfleur, with its picturesque and colorful harbor located on an estuary of the Seine River. The colors of the timber-framed houses and the quaint backstreets have inspired famous painters such as Monet and Courbet. It is no wonder that for many years, Honfleur was regarded as the cradle of Impressionism. See also the Saint Catherine church, the largest church constructed from wood in France.

Finally, make your way to Pays d'Auge, where you will feast your senses on the range of culinary delights the region has to offer. Apple-based drinks are ubiquitous in the region – Calvados, an apple brandy, is a firm favorite, while cider, made from fermented apple juice, was for a long time the second-most popular beverage in France after wine. Also famous from the region is Camembert, the soft, creamy cow’s cheese, first made in the 18th century in Normandy.

Informacion Adicional
"Confirmation will be received within 48 hours of booking, subject to availability"
"Wheelchair accessible"
"Stroller accessible"
"Service animals allowed"
"Near public transportation"
"Infant seats available"
"Most travelers can participate"
"NST provides you with masks as well as hydroalcoholic gel. Our vehicles are disinfected after each use and the distance is respected."
"This is a private tour/activity. Only your group will participate"