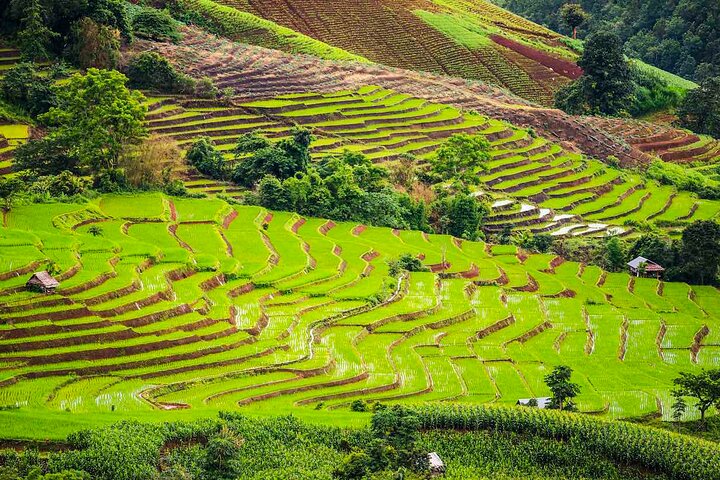 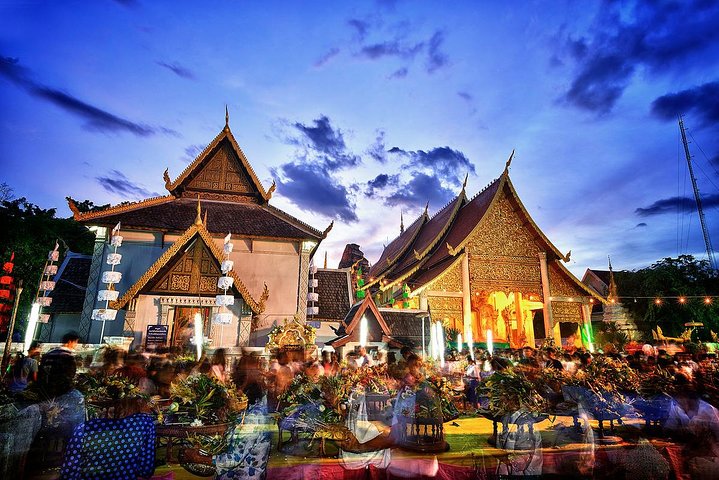 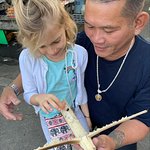 Definitely a great new experience, we will provide private guide ( English, German, French, Italian, Spanish ) and private van or by public transfer all is depend from  your program.

This service is for customer that like like to see Bangkok with the freedom to choose his own program or for customer no has time to see everything follow the regular program.

Of course, our professional guide can help to design the entire day of tours.

Wat Chedi Luang's massive chedi (pagoda) was built sometime between 1385 and 1402, during the reign of King Saen Muang Ma, 7th ruler of the Mengrai dynasty and is a distinctive feature of the Chiang Mai skyline. At its peak, the chedi measured 60 metres across at the square base and 80 metres tall and was once the home of the Emerald Buddha, Thailand's most sacred religious relic. Damaged during an earthquake in 1545, the chedi’s height is reduced to nearly half of its original size yet it is still an impressive structure. In 1992, the Fine Arts Department finished restoration work around the chedi, bringing back the naga (water serpent) staircase on each of its faces and wonderful statues of elephants adorning the base. The actual work on the chedi itself, however, was never quite complete, leaving it in its present state.

The Wat Phra Singh dates back to the 14th century when Chiang Mai was the capital of the Lanna Kingdom, and is one of the finest examples of classic Lanna style temple architecture in Northern Thailand.The structures of the Wat Phra Singh

The oldest structure of the wat is the main chedi, that was built in 1345 by King Pha Yu to enshrine the ashes of his father. The chedi is circular in shape with a square base. Each of the sides of the chedi is decorated with elephant figures emerging from the chedi. Since its construction in the 14th century it has been enlarged considerably.

Wat Phra That Doi Suthep Northern Thai pronunciation is a Theravada Buddhist temple (wat) in Chiang Mai Province, Thailand. The temple is often referred to as "Doi Suthep" although this is actually the name of the mountain where it's located. It is a sacred site to many Thai people. The temple is 15 kilometres (9.3 mi) from the city of Chiang Mai and situated at an elevation of 1,073 meters. From the temple, impressive views of downtown Chiang Mai can be seen

Wat Suan Dok, built in late 14th century, houses several structures of historical significance. Among them include the principal pagoda that enshrines the Buddha’s relics, a garden of whitewashed mausoleums housing the ashes of late Chiang Mai rulers and a large open-air wiharn (assembly hall). The temple is found outside the old city wall, about 1km east of Suan Dok Gate on Suthep Road. Built by a King of Chiang Mai on the grounds of his pleasure garden, this temple was originally intended to serve as a retreat for a revered monk from Sukothai.

The Wat Phan Tao is one of the older temples of Chiang Mai found in the old walled center of the city. The first structures were likely built towards the end of the 14th century.

Wat Phan Tao, meaning “temple of a thousand kilns”, probably derives its name from the ovens used to cast Buddha images for another temple, the Wat Chedi Luang, which is immediately next to the Wat Phan Tao.

The viharn is an all wooden building constructed from teak panels set on a stone base. It is one of the few remaining all wooden structures of its sort in Chiang Mai. It has a three tiered roof with golden colored chofah (roof finials) shaped as stylized Naga snakes on its roof ends.

The Wat Phan On is one of the smaller temples in the old walled city of Chiang Mai. It was built in 1501 during the reign of the Lanna King Mueang Kaeo.

The temple complex consists of a large viharn, a golden chedi and the kuti or monks living quarters. The Wat Phan On temple holds one of the most beautiful chedis in Chiang Mai.

The chedi was built in 2007 and named the Sareerikkatartsirirak Pagoda, named by the King of Thailand, King Bhumibol Adulyadej (Rama IX). The chedi contains red niches on all of its four sides in which Buddha images are enshrined. Next to the chedi is a very large gong.

wonderful weekend market
this night market stay in the maincenter road where you can also visit wat Phan On , Wat Phan Tao , Wat Chedi Luang in the night .
this market you can find handmade product,Paint ,Lanna Clothes ,silver,hand craft,food .etc.

Informacion Adicional
"Confirmation will be received at time of booking, unless booked within 1 day of travel. In this case confirmation will be received as soon as possible, subject to availability"
"Wheelchair accessible"
"Dress code is smart casual"
"A minimum of 2 people per booking is required"
"A current valid passport is required on the day of travel"
"Stroller accessible"
"Most travelers can participate"
"This is a private tour/activity. Only your group will participate"

Duración: 4 To 8 Hours
Lugar de comienzo: Traveler pickup is offered
We provide pick-up only inside Chiang mai city . if your hotel is outside Out side city we are flexible to modify the travel plan up to situation.