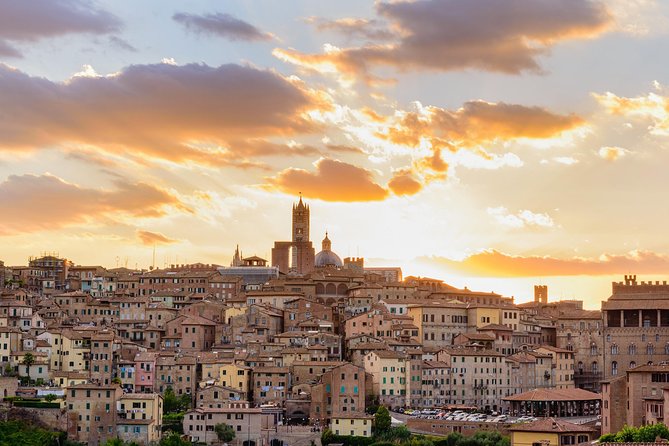 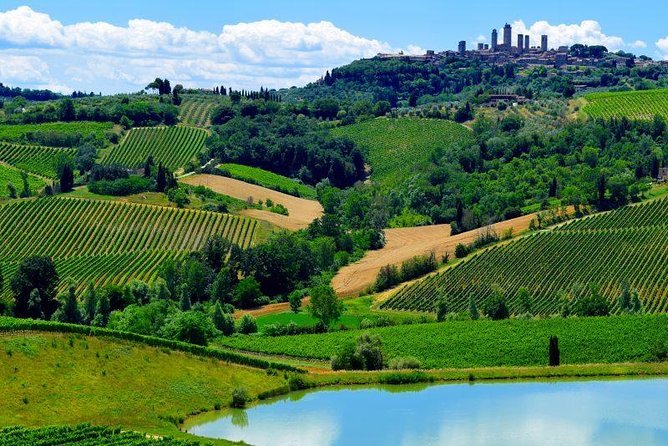 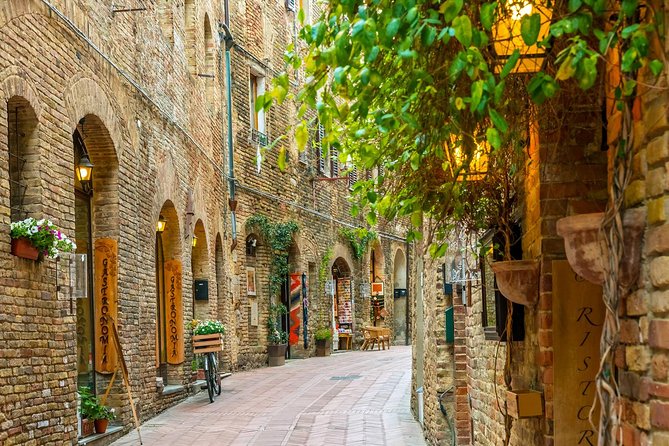 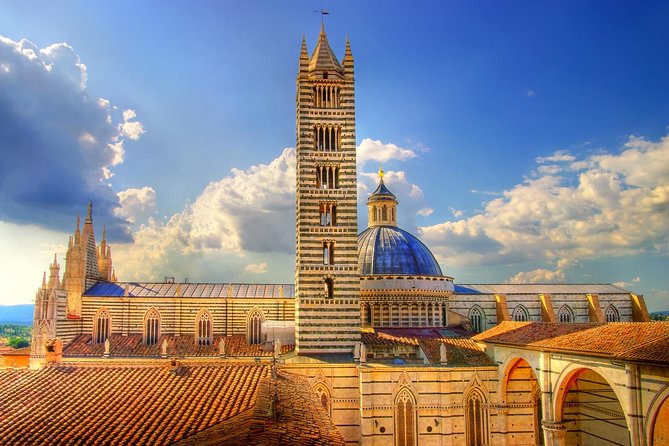 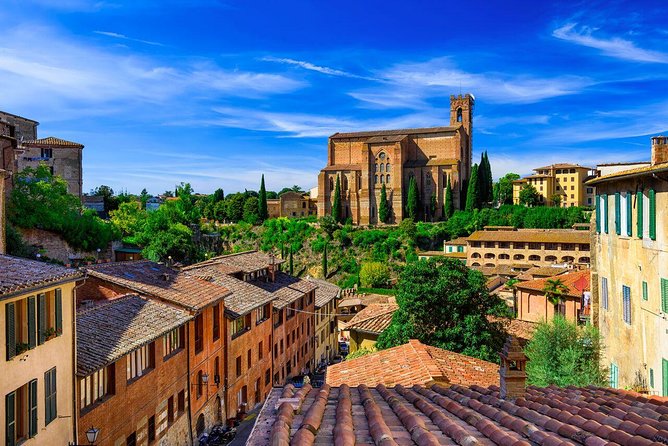 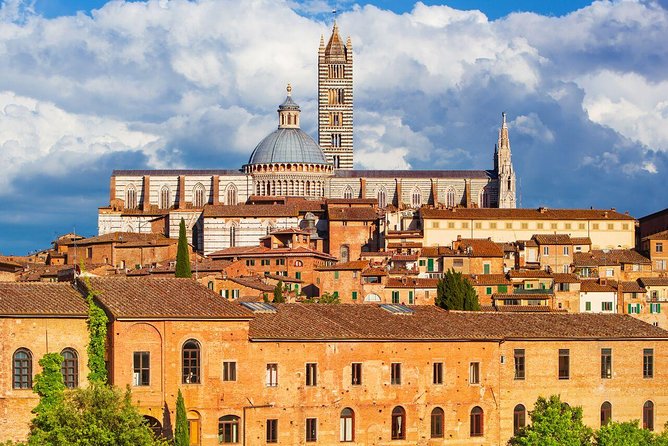 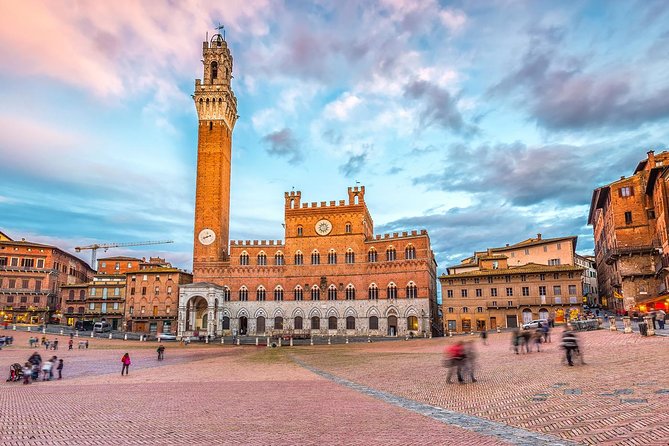 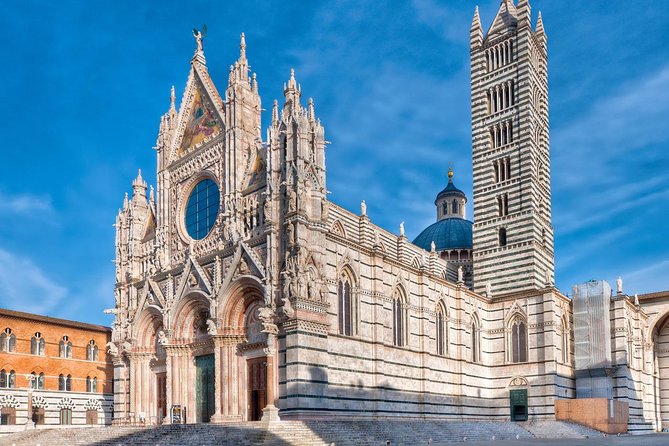 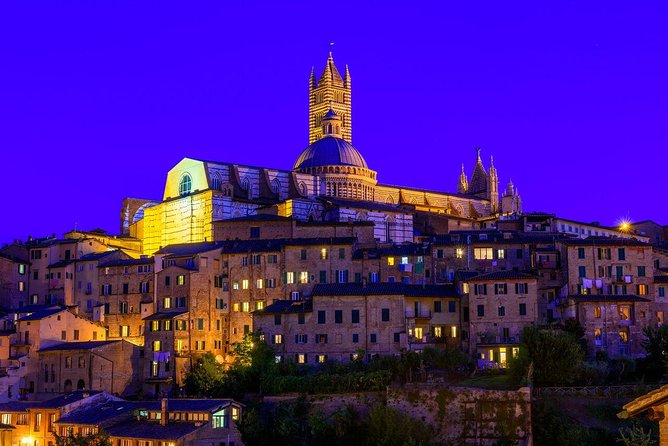 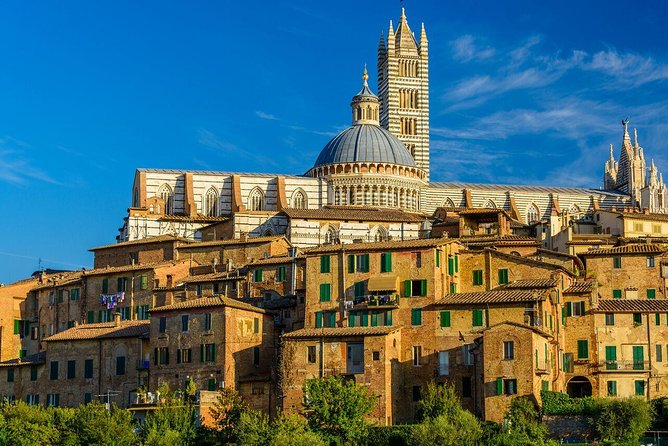 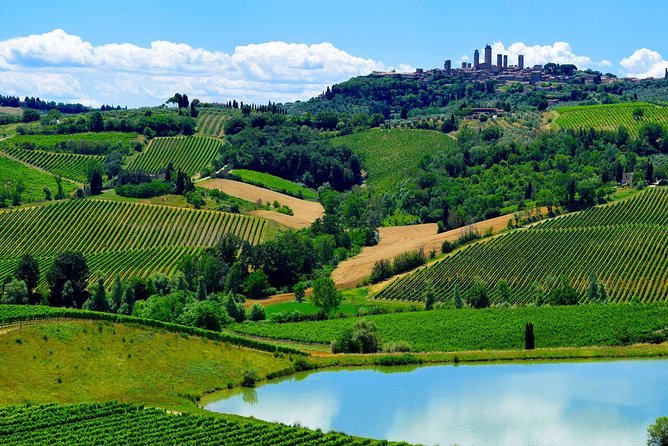 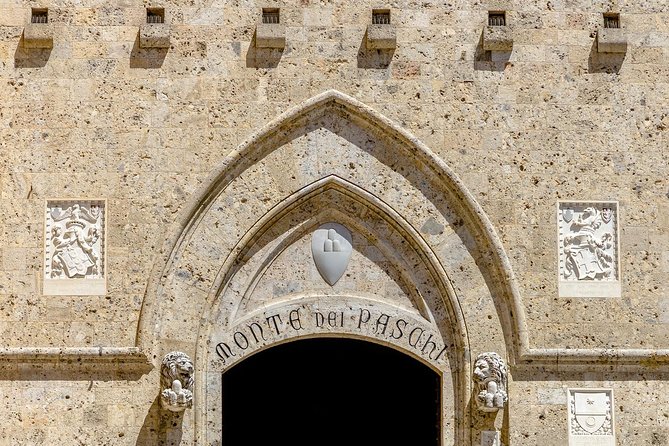 Private Tour of Siena and San Gimignano from Florence

Devoting an entire morning to Siena is a unique opportunity to visit its historic center, its monuments and discover all the secrets that lie behind one of the most passionate competitions in Italy: the Palio of Siena.

San Gimignano’s historical center has been declared a UNESCO world heritage site in 1990 for having preserved almost perfectly the features of the twelfth and thirteenth centuries city.

Piazza del Campo is the principal public space of the historic center of Siena, Tuscany, Italy and is regarded as one of Europe's greatest medieval squares. It is renowned worldwide for its beauty and architectural integrity. The Palazzo Pubblico and its Torre del Mangia, as well as various palazzi signorili surround the shell-shaped piazza

Banca Monte dei Paschi di Siena traces its history to a mount of piety (monte di pietà) founded by order of the Magistrature of the Republic of Siena on 4 March 1472, when its statute was approved. It is therefore often regarded the oldest bank in the world still operating. The basis of its foundation is the Statuto dei Paschi was written in 1419

Siena Cathedral (Italian: Duomo di Siena) is a medieval church in Siena, Italy, dedicated from its earliest days as a Roman Catholic Marian church, and now dedicated to the Assumption of Mary.

The cathedral itself was originally designed and completed between 1215 and 1263 on the site of an earlier structure. It has the form of a Latin cross with a slightly projecting transept, a dome and a bell tower.

Here you will enjoy a typical tuscan lunch

San Gimignano is a small walled medieval hill town in the province of Siena.

Known as the Town of Fine Towers, San Gimignano is famous for its medieval architecture, unique in the preservation of about a dozen of its tower houses, which, with its hilltop setting and encircling walls, form an unforgettable skyline.