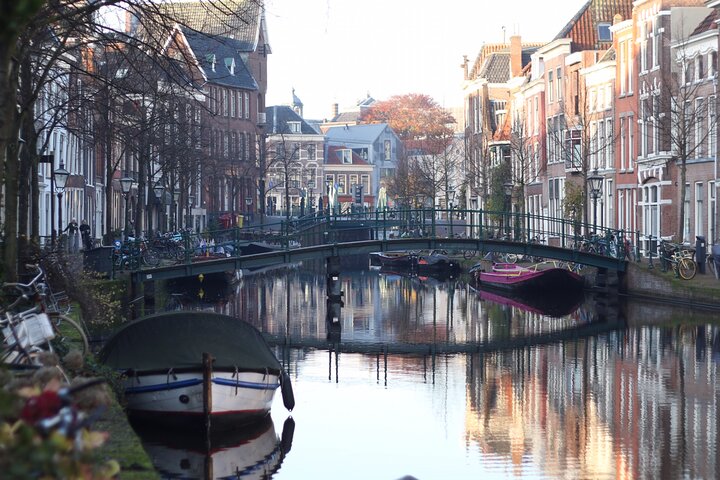 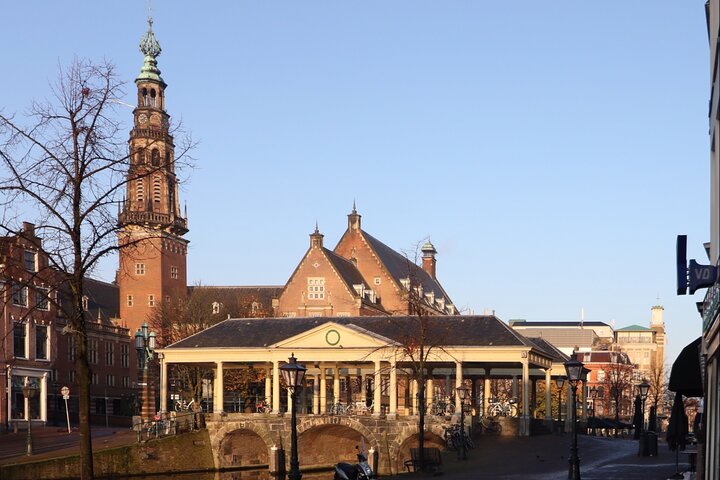 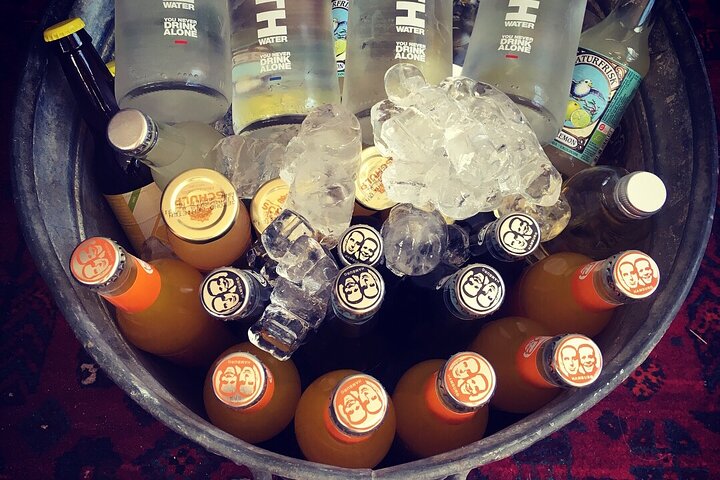 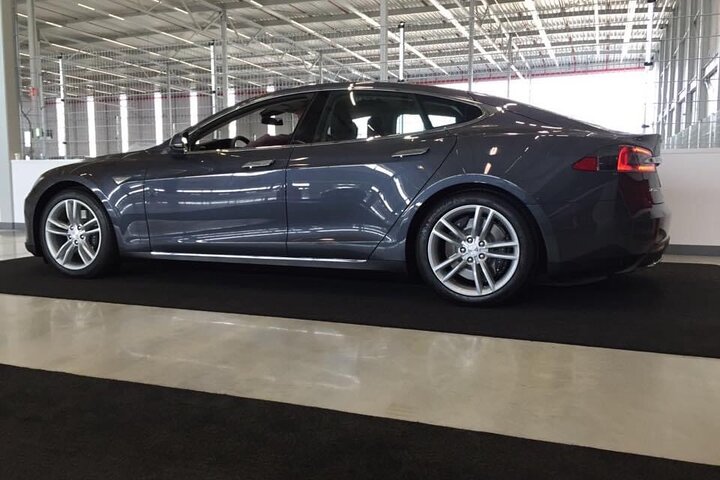 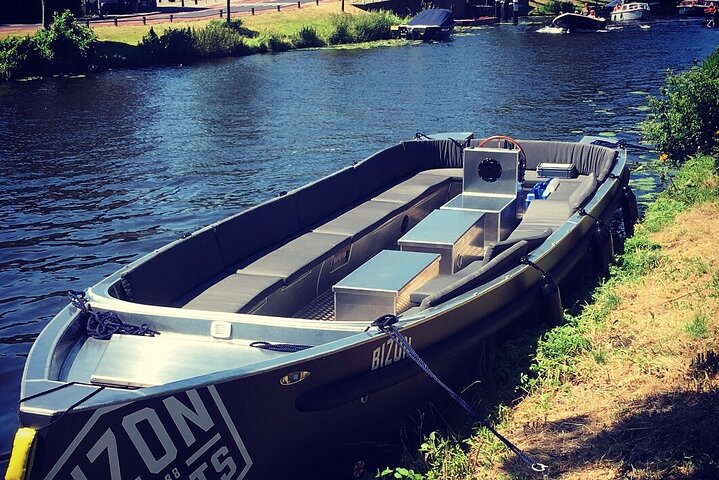 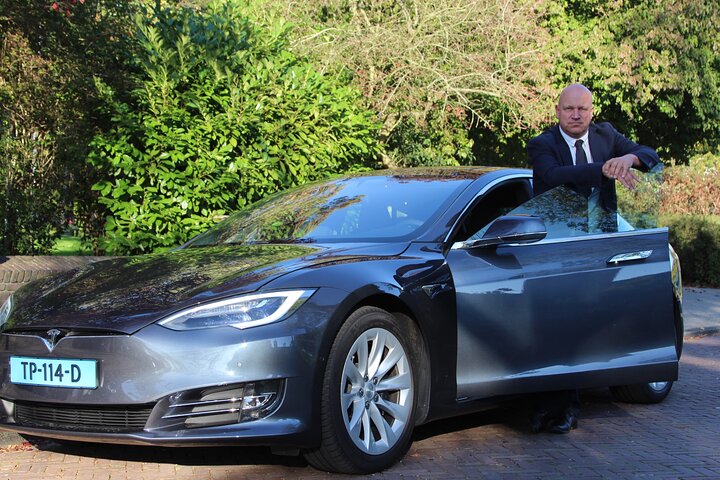 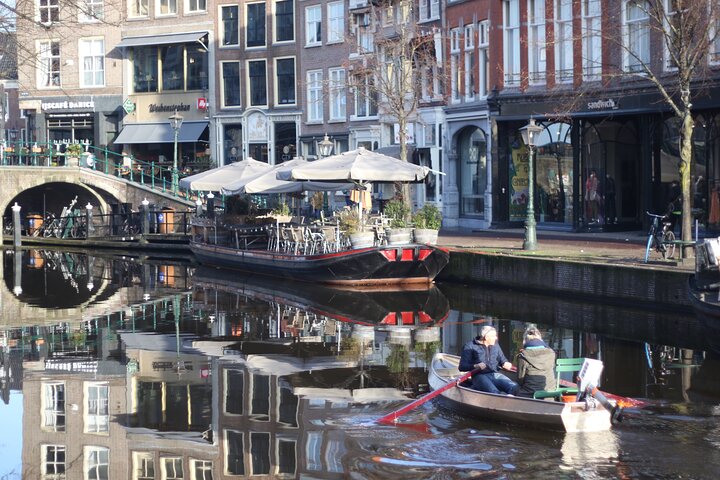 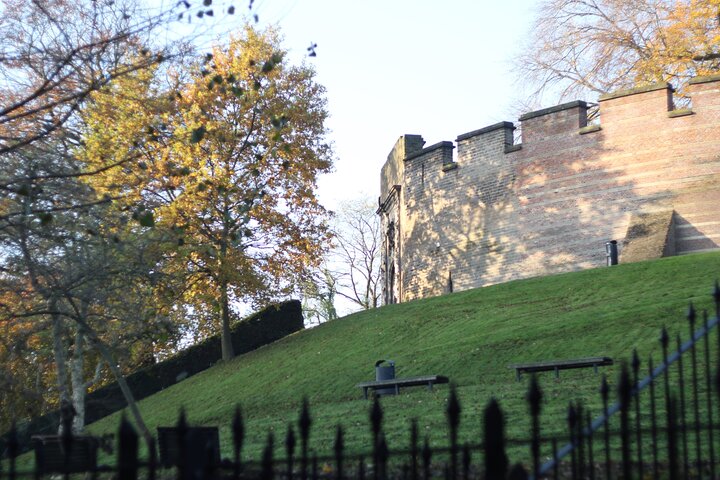 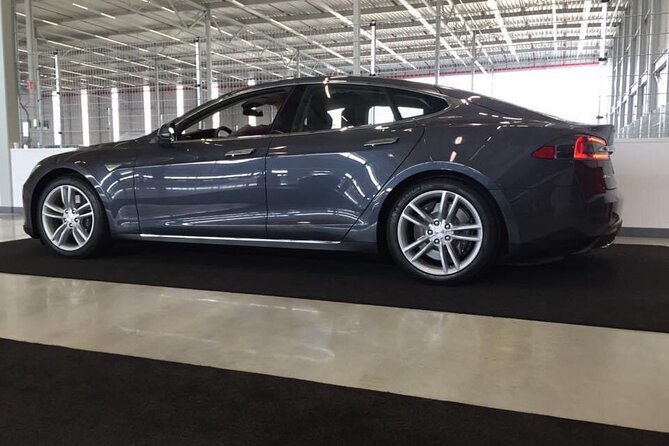 After a silent and smooth pickup with our zero-emission Tesla, writer Jeroen Windmeijer will personally walk you through the Pilgrim History of the beautiful medieval city of Leiden. So comfortable shoes are recommended.
If you have already read his Nr 1 Amazon bestseller The Pilgrim Conspiracy, you will recognize the places. And do you have any questions about the book? You can ask it the author himself! How cool is that?
And, every company receives a signed copy. If you want more of them you can buy them. Please order in advance.
Offcourse you will end with a smooth Tesla ride, back to your hotel.

After the smooth Tesla pick-up you will meet Jeroen Windmeijer, author of the no1 Amazon bestseller The Pilgrim Fathers Conspiracy.
He will guide you by foot through the Leiden Pilgrim history.
Comfortable shoes are recommend.

Build in 1640. It used to be the place where the samplers inspected the Leiden Cloth. Many Pelgrims used to work in the Cloth industrie.
Since 1874 it is the Leiden City Art Museum.

The Sionshof is one of the 35 courtyards in Leiden. One of the caracters in the book, Judith lives in this Sionshof.

On this place you can see the ruins of the Vrouwenkerk. It was build in the 14th century. This is where the Pelgrims and the early settlers of Manhattan went to church in the 17th century. One of them was Philippe de la Noya. He is the ancestor of the American President Franklin Delano Roosevelt.

Next stop will be De Leidse Waag. It was built in 1657 and was used to weigh goods. When the Pilgrims came to Leiden in 1609 they were mooring at the Waaghoofd, in front of de Waag.

Beside the Waalse Kerk (1638) there used to be a hospital (the Sint-Catharinagasthuis). It was here where the English soldier Miles Standish was nursed. He joined the Pelgrims on the Mayflower for protection. He was the first to set foot on American territory.

Several Pilgrims dit registrate their religious wedding over here. One of them was Wiliam Bradford (1590-1657) the later Governor of the Plymouth Colony.

The Pieterskerk was dedicated to Saint Peter in 1121. According to the gospel of Matthew, Saint Peter received the keys of the kingdom of heaven. These keys you can find in the coat of arms of Leiden and is the reason why Leiden is called Sleutelstad (Keytown) and why you can find them in the Eltax taxiexchange logo.

After the pick-up with the Zero-emission Tesla we will meet the writer Jeroen Windmeijer, the dutch Dan Brown who happened to live in Leiden. Also inspiration and “place delict” for his bestseller novel
“The Pilgrim Fathers Conspirancy” a number one Amazone seller.

The university of Leiden was founded in 1575 and is the oldest university of the Netherlands. Many debats were held here between Pilgrim Fathers pastor John Robinson (Remonstrants) and Simon Episcopius (Counter-Remonstrants). Einstein lectured here as a Special Professor starting 27th of october 1920 with an inaugural lecture on “Ether and Relativity Theory” .

It was here where the Watergeuzen 3 october 1574 entered the city and liberated Leiden from the Spanish.
It was also here where the Pelgrim fathers started their emigration to America in 1620.

The frontpart of this church is from 1538. The tower from 1594. It was used as a “Saaihal”. A place where a lower quality fabric related to the Leiden Cloth. William Bradford belonged to the guild that inspected the quality of the fabric. This church is now a catholic church with a beautifull white interior.

This church used to be a catholic church (Sint Pancraskerk) but after the Iconoclasm in 1566 it became a Protestant Church called Hooglandse Kerk. In 1609 Pilgrim William Brewster and his wife sadly had to bury here one of their children.

The morning tour will end with a simple lunch aboard during the canalcruise, the afternoon tour will start with it.

John Robinson lived and died here. In this courtyard many Pelgrim families lived. John Robinson gave many of his church services here.

In a small house, dated 1365-1370 the Leiden American Pilgrim Museum is located. Jeremy Bangs from Oregon is the Director for 24 years now.
Entree is €12 a person if opened.

After the Pilgrim Walking tour you might like to relax a bit. That can be arranged. You will be taken aboard of an electric boat to give you a sightseeing of Leiden again but this time viewed from the canals. In the meanwhile you can have some sandwiches and something to drink (White wine, beer, rosé and soft drinks). You will probably have some extra exercise afterall, our Leiden bridges are low.

Informacion Adicional
"Confirmation will be received at time of booking"
"Not wheelchair accessible"
"Stroller accessible"
"Service animals allowed"
"Near public transportation"
"Infants must sit on laps"
"If you have covid related medical complaints, please make no use of this service."
"Most travelers can participate"
"This is a private tour/activity. Only your group will participate"
"Face masks required for travelers in public areas"
"Face masks required for guides in public areas"
"Face masks provided for travelers"
"Hand sanitizer available to travelers and staff"
"Regularly sanitized high-traffic areas"
"Gear/equipment sanitized between use"
"Transportation vehicles regularly sanitized"
"Guides required to regularly wash hands"
"Paid stay-at-home policy for staff with symptoms"
"Contactless payments for gratuities and add-ons"

Duración: 3 To 4 Hours
Lugar de comienzo: Traveler pickup is offered
Communication can be done by text message, WhatsApp and an old-fashion telephone call.
Besides that, we will send you a text message link in which you can see the car coming in your direction.