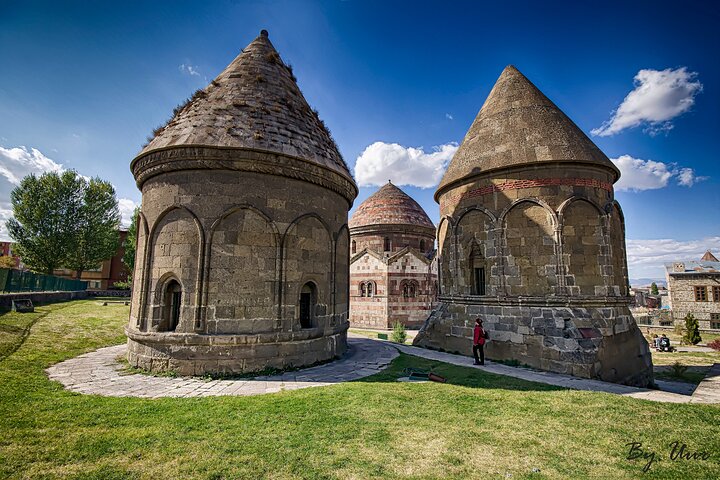 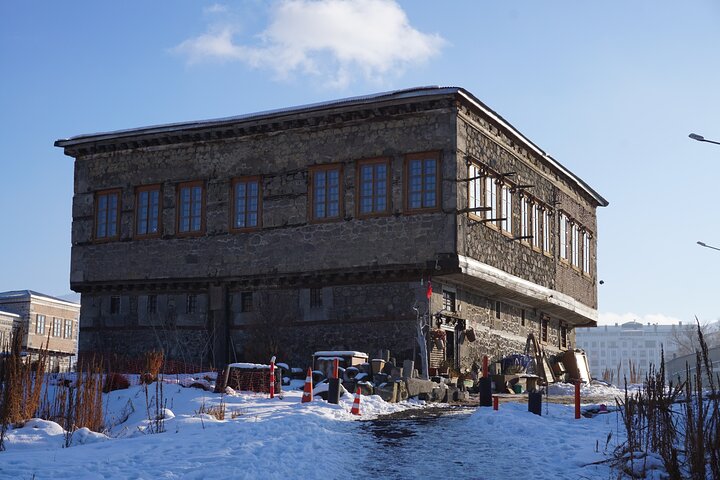 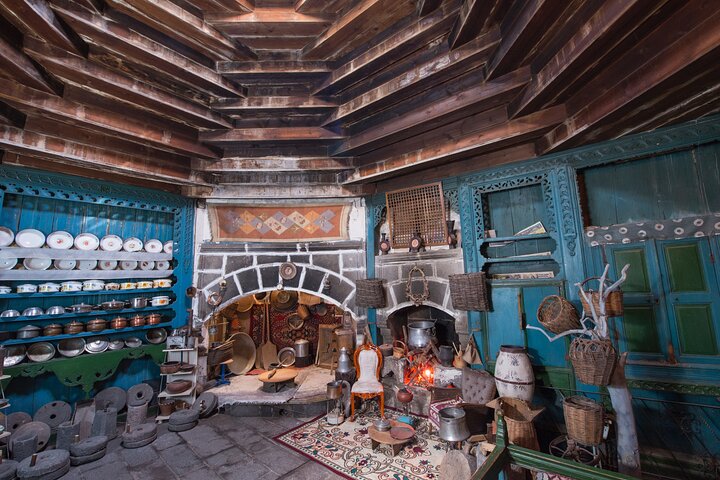 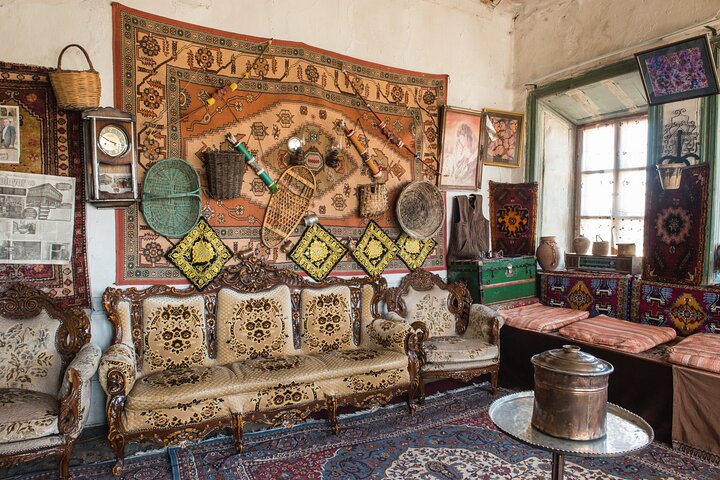 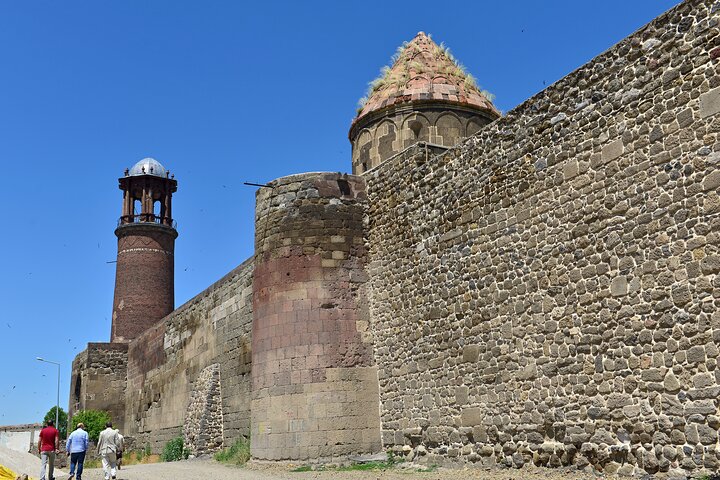 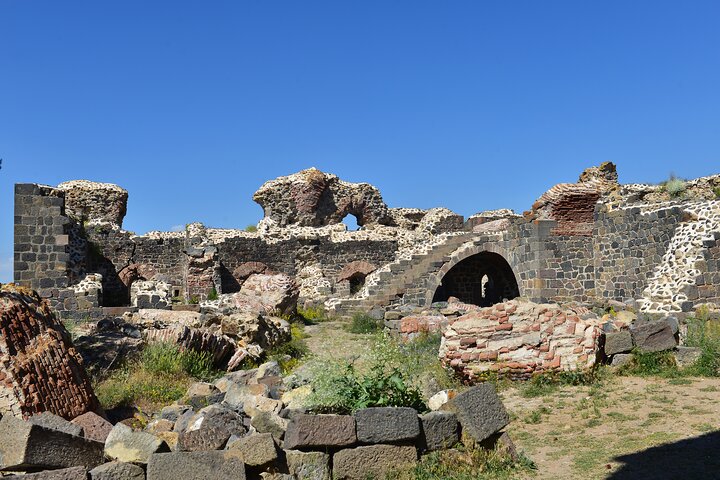 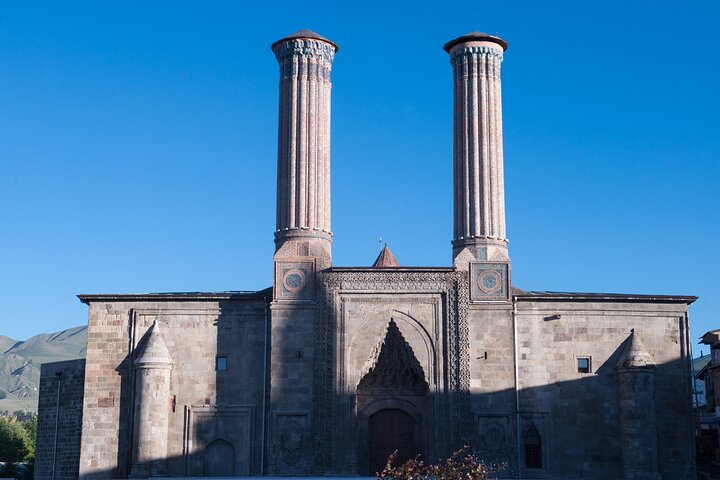 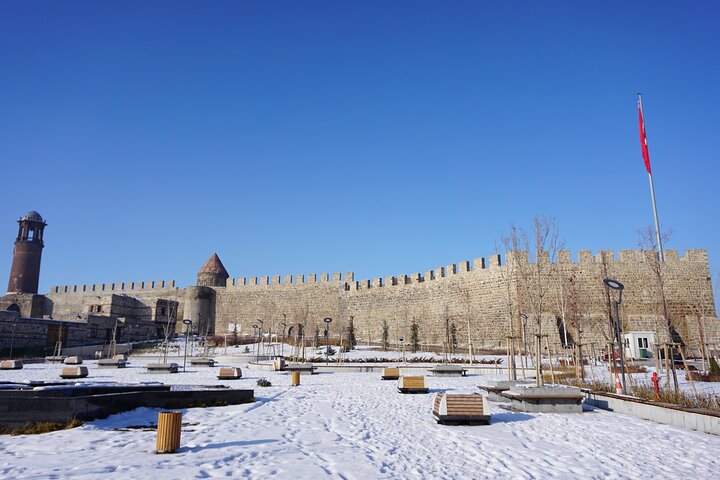 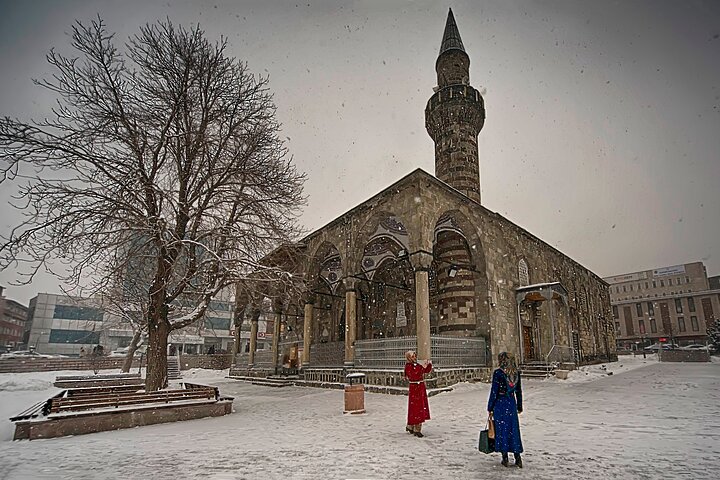 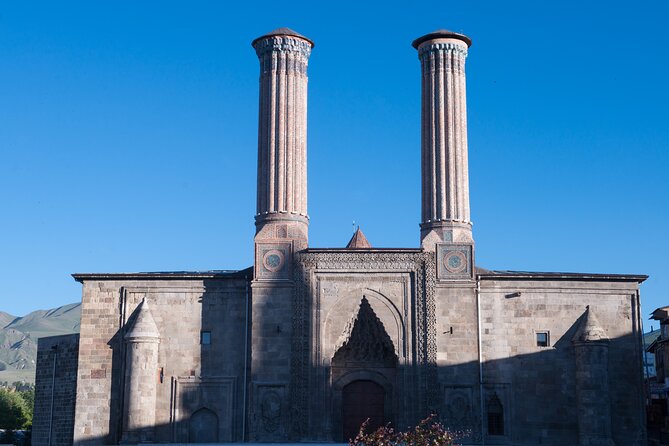 This all-inclusive, private, guided tour is an easy add-on to a Ski Vacation at Palandoken!
Your guide and driver will pick you up after breakfast and head toward the fortresses of Aziziye and Mecidiye. The Abdurrahman tomb and infamous "mystery road" will round out our morning as you head towards the Three Tombs. You will tour a 300-year-old Ottoman home before trying the local eats downtown for lunch. After you've recharged with some delicious local delicacies, see Ulu Mosque, The Twin Minaret Medressa, and the Erzurum Castle. Don't miss the incredible view of the city from the clock tower inside the castle! In Turkey, it's always tea-time. Sit inside of "The Erzurum Houses", Ottoman homes that have been converted into a museum and restaurant and soak in the history and culture. From there, visit an incredible Caravan Saray that was used along the Silk Road! Before heading back to your hotel, you'll stop at a famous local restaurant to have Erzurum's Cag Kebap for dinner.

Visit the Aziziye and Mecidiye Fortresses, used to defend the city during the Russo-Ottoman War in the late 19th century. Enjoy an incredible view of the city from these fortresses.

Visit the Aziziye and Mecidiye Fortresses, used to defend the city during the Russo-Ottoman War in the late 19th century. Enjoy an incredible view of the city from these fortresses.

Visit the tomb of renown Seljuk warrior, Abdurrahman Gazi Hazretleri. He was a hero during the Seljuk conquest of Erzurum, giving his life to plant the flag on top of Mount Palandoken.

See the Three Tombs, one of the iconic sites of historic Erzurum. The largest 8-sided tomb is believed to belong to Emir Saltuk, who established Saltuk Turk rule in Erzurum in the late 11th century. The other two smaller 12-sided tombs are anonymous.

See this amazing 300-year-old Ottoman home turned into a museum. The owner is one of the sweetest people you will ever meet. A must-see in Erzurum!

Visit the Grand Mosque of Erzurum, built in 1179. Across Turkey, there are multiple Grand Mosques built during the reign of the Seljuk State. They are known for their impressive architecture with beautiful pillars and arches. The roof of the rimmed dome is made of wood and uses a unique technique called "dovetail roof."

Come see the symbol of Erzurum, the Twin Minaret Madrasa. This Seljuk madrasa was built in 1253 and is an architectural masterpiece. It is the largest madrasa with an open courtyard in Anatolia (mainland Turkey).

See the inner walls of the old city and the 5th century Erzurum Castle built during the Eastern Roman Empire. Don't miss the incredible view of the city from the clock tower inside the castle!

Enjoy Turkish tea in "The Erzurum Houses," which are Ottoman homes that have been converted into a museum and restaurant. A great place to relax and experience traditional Ottoman culture.

An historical Ottoman-era inn that was used along the Silk Road. This restored inn now houses several silver and jewelry merchants and is a great place to by the famous black stone from the area, used for making many prayer beads.