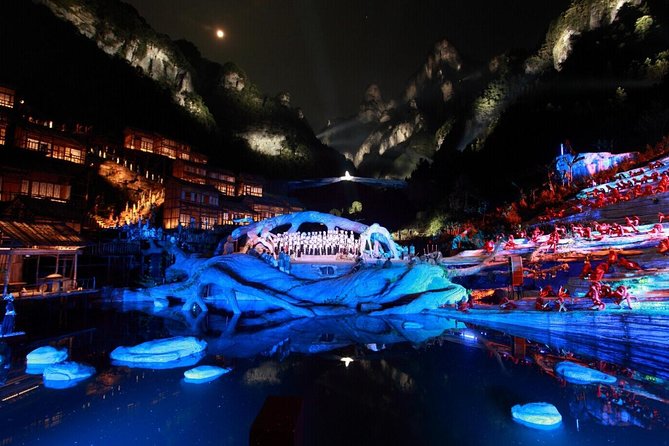 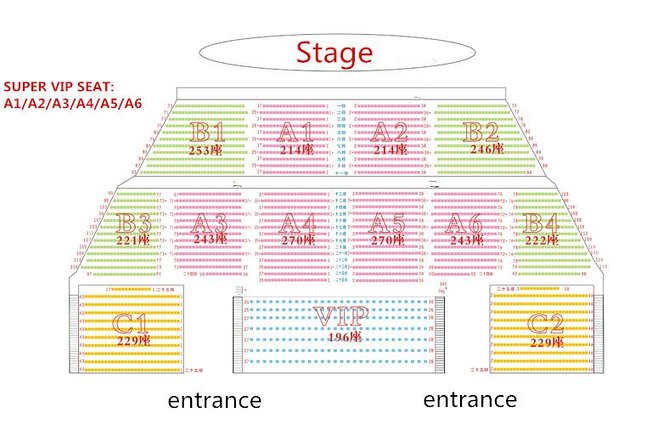 Tianmen Fox Fairy Show is the first musical set in in the nature in the world with high mountain peaks and a canyon as background. The musical is performed in the canyon which runs from the front entrance of the Tianmen Mountain Scenic Zone to the top of Tianmen Mountain. Based on the story of "Liu Hai Cuts Firewood," a play from the traditional Flower Drum Opera of Hunan province, it tells the touching love story between a fox fairy and Liu Hai, a poor but happy lumberjack and showcases glorious lifestyle scenes of western Hunan.

You will be pickup up and transferred to the theater and then driven back to your hotel after the performance.

The driver of your private transfer will pick you up from the lobby of your hotel and then transfer you to Tianmenshan Canyon Theater to enjoy Tianmen Fox Fairy Show which starts at 8:15pm daily. Your driver will make sure that you arrive at the theater 15 minutes before the show. There are a total of 3,050 seats at Tianmen Fox Fairy Show, and super VIP seats are are from A1 to A6 sections which offers best views of the audio-visual feast. After the show, your driver will send you back to your hotel.

Re-conceived with ingenious choreography and incorporated with folk songs of Sangzhi and Tujia ethnic minorities, the classic Hunan folklore love story, "Liuhai Kan Qiao,” recounts the twists and turns of the love story between human and fox. Tianmen Fox Fairy Show is comprised of five scenes: The Fox King Selects Wife, The Encounter in Fairy Mountains, Lovesick Under Moonlight, The Storm of Betrayal, and The waiting of A Millennium.

Informacion Adicional
"Confirmation will be received at time of booking"
"Children must be accompanied by an adult"
"This is a private tour/activity. Only your group will participate"