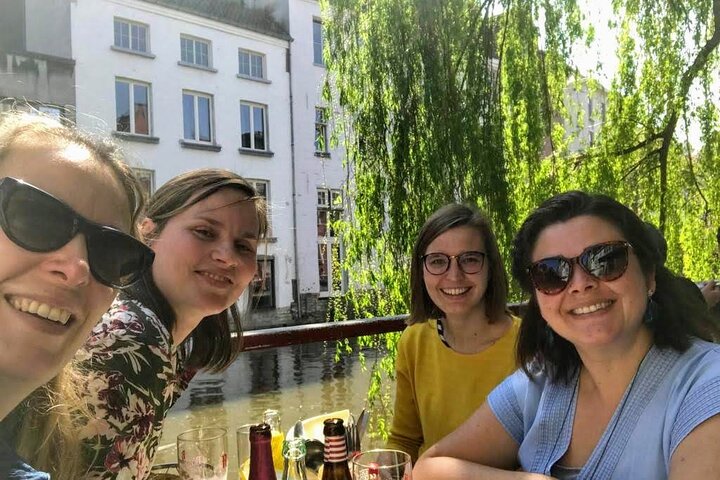 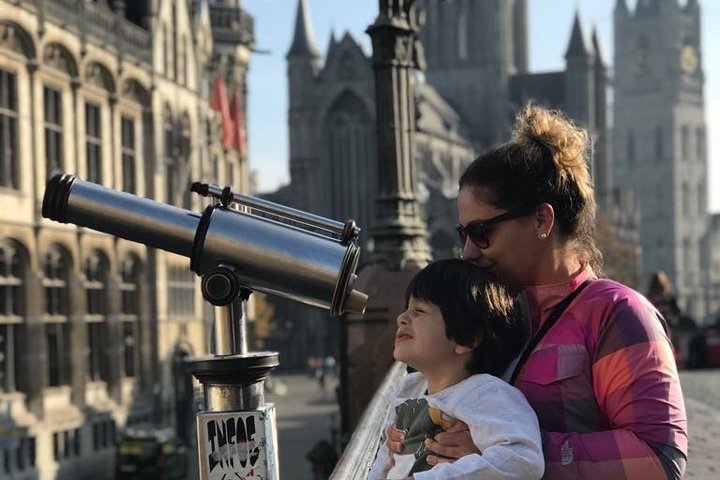 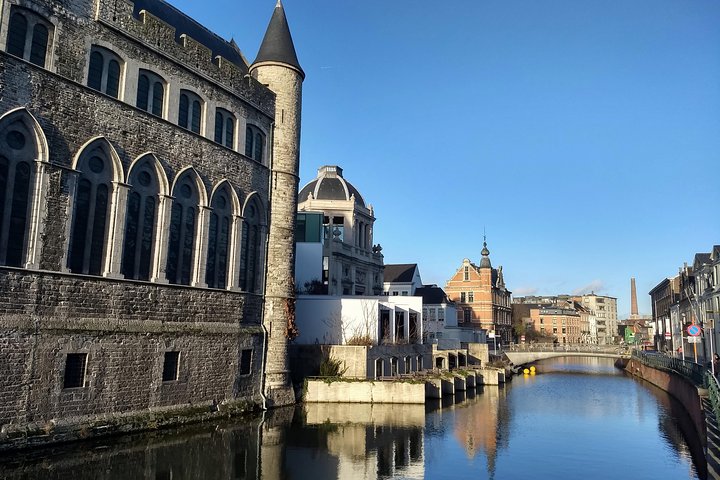 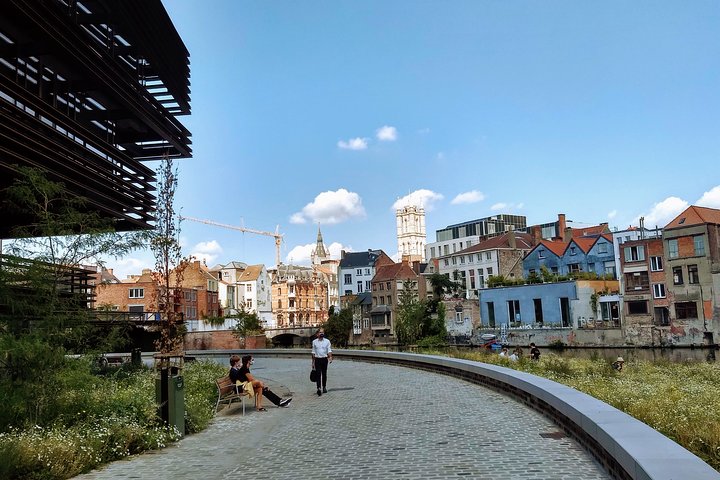 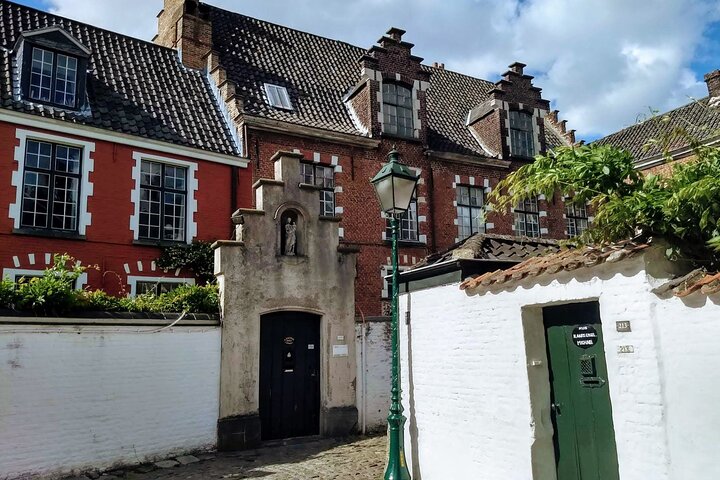 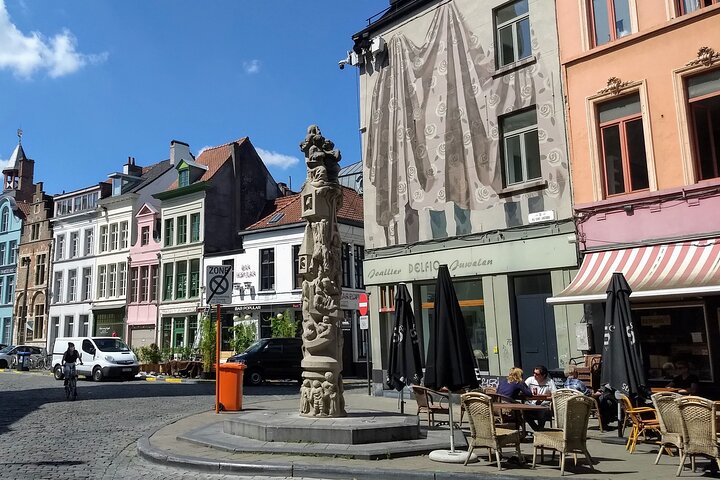 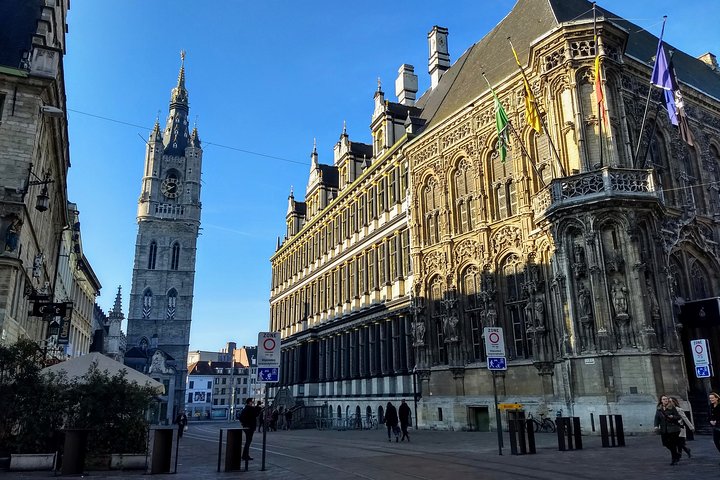 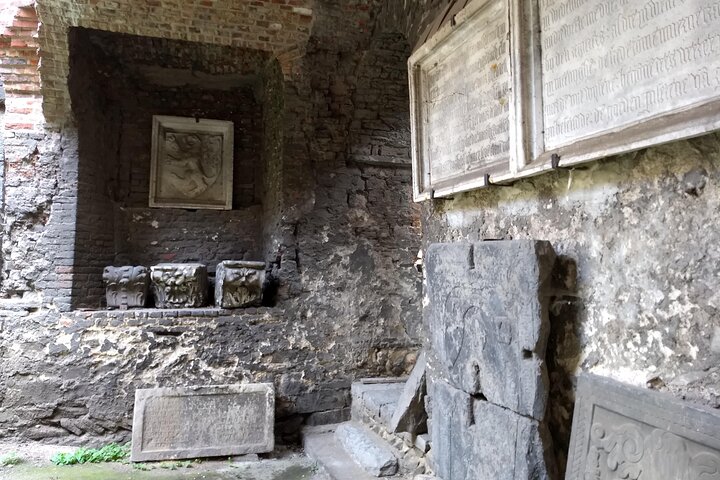 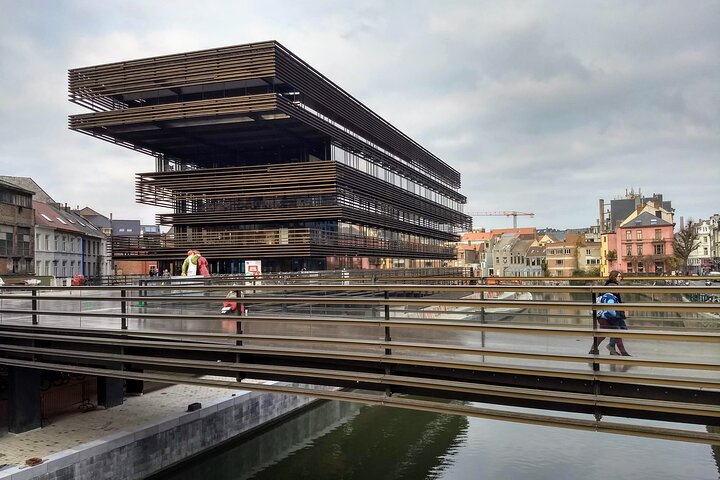 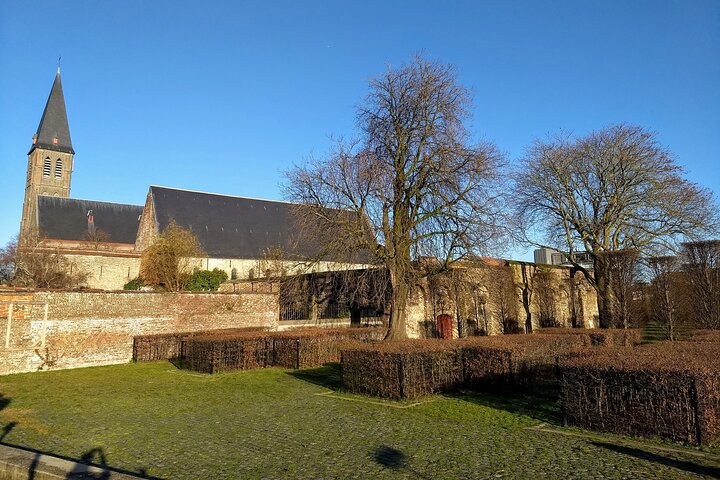 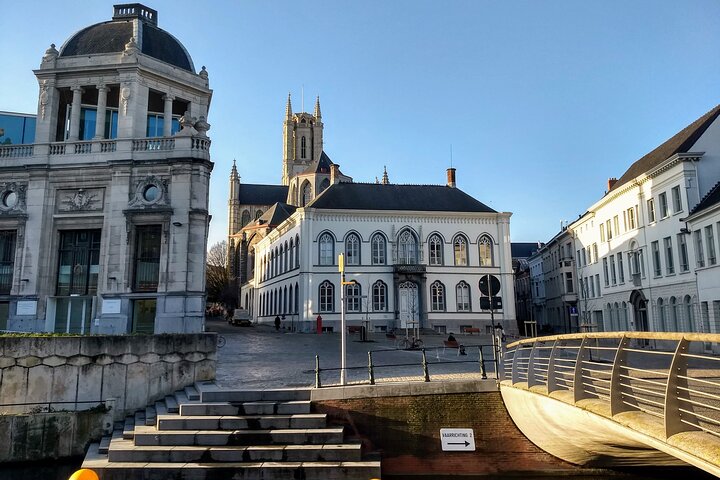 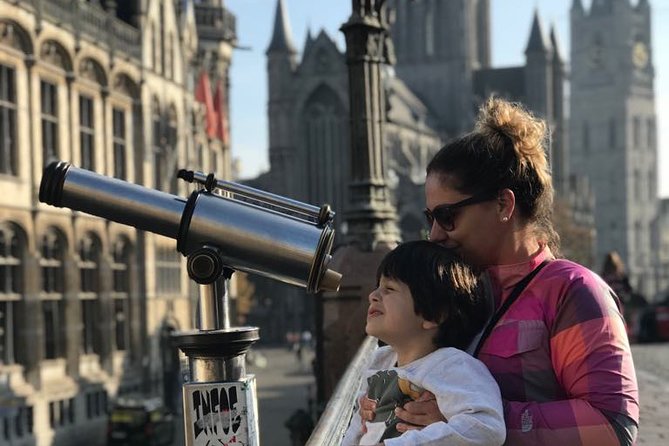 Ghent is both a historic gem rich in history and architecture and a vibrant, innovating student city. This tour is for those that want to get to know these many diverse sides.

The tour covers both the highlights and many hidden gems. Medieval history and architecture with castles, belfry, churches, guild halls, abbeys and merchants’ and patricians’ houses. Repurposed industrial structures and the monumental buildings of the socialist movement from the 19th and early 20th centuries. Picturesque neighbourhoods and photogenic bridges over one of Ghent’s rivers or canals. 13th century beguinages (closed community formerly inhabited by a movement of pious laywomen) and 21st century modern structures. Disappeared abbeys and palaces. University buildings and many students.

Ghent has so much to offer and your local guide would love to show it to you!

We'll start the tour at one of the most important historical market squares of Ghent: the Friday Market or Vrijdagmarkt.

This medieval neighborhood in the shadow of the Castle of the Counts is the most quaint and charming historical area of Ghent. It still has the original medieval street lay-out.

This picturesque neighborhood still hides some reminders of the impressive Prince's Court where future Emperor Charles V was born. An often overlooked historical area with charming cobblestone streets, great views from the bridges over the Lieve Canal and many intriguing stories.

The former residence of the counts of Flanders is an amazing medieval castle surrounded by moats in the middle of the city center. We won't be going inside the castle but we'll see it from two different perspectives.

One of the smaller market squares of Ghent with plenty of historical buildings to admire, including the entrance gate to the old Fish Mine

The Old Meat Hall is beautiful both from the outside as from the inside. We'll have a closer look at this incredible medieval construction and the products it houses nowadays.

We refer to the Groentenmarkt as the gastronomic heart of Ghent, mainly because it's where you can buy the typical Ghentian products. We'll try one of them as well!

The former port of Ghent (back in the Middle Ages) is now one of the top spots of Ghent, both for locals and for tourists. Many of these buildings still remind us of their former functions, as for instance guild hall, grain storage, toll booth etc. But first and foremost, it's a magically beautiful place.

One of the main squares of Ghent, both historically and at present, with the oldest church of the center, the St Nicholas Church. We'll have a great view of the famous three towers of Ghent from St. Michael's Bridge (thé selfie spot of Ghent).

Probably the most controversial building of historical Ghent, the modern City Hall on Emiel Braunplein. We'll walk underneath and experience its excellent acoustics and interesting details.

The Belfry was the symbol of power of the medieval city. You'll learn more about this typical Flemish building, its importance and function from the Middle Ages to the present.

Ghent's cathedral is impressive from the outside, but even more from the inside. We'll have a look inside at its many treasures. Including, of course, the most important piece of art of Ghent (and one of the most important in the world), the Ghent Altarpiece by the Van Eyck brothers. You'll learn more about its history (the most stolen piece of art in history, including by Hitler!) and the artistic details, which make it an absolute masterpiece.

The second medieval castle of Ghent and too often overlooked by visitors. The area was recently given a makeover and it has become the newest picturesque spot to hang out for locals.

An oasis of tranquility in the city. A gated community of the 13th century, formerly inhabited by pious laywomen. Beautifully restored houses of the 17th century built around a church. Your guide's favourite place on the tour. Do we need to say more-

Because Ghent was the first city on the European continent to industrialize, the socialist movement was an important force to reckon with in the 19th and 20th centuries. The Vooruit is one of the remaining witnesses of this era. We'll also have a look at the nearby modern library De Krook, part of an urban regeneration project.

The City Hall of Ghent is an interesting building, to say the least. You'll immediately see why. Most of the buildings in the area used to be the city palaces and first stone houses of the powerful families of Ghent.

Informacion Adicional
"Confirmation will be received at time of booking, unless booked within 9 days of travel. In this case confirmation will be received within 48 hours, subject to availability"
"Wheelchair accessible"
"Stroller accessible"
"Service animals allowed"
"Near public transportation"
"Transportation is wheelchair accessible"
"Most travelers can participate"
"This is a private tour/activity. Only your group will participate"
"Guides required to regularly wash hands"
"COVID-19 vaccination required for guides"
"We keep our tours private to guarantee health safety."