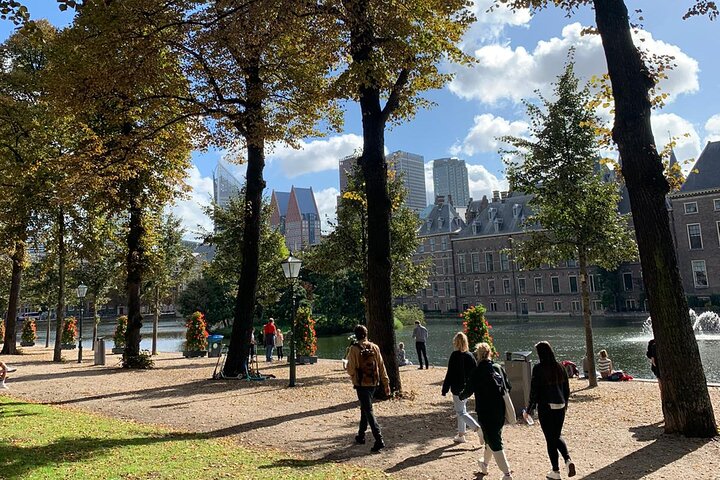 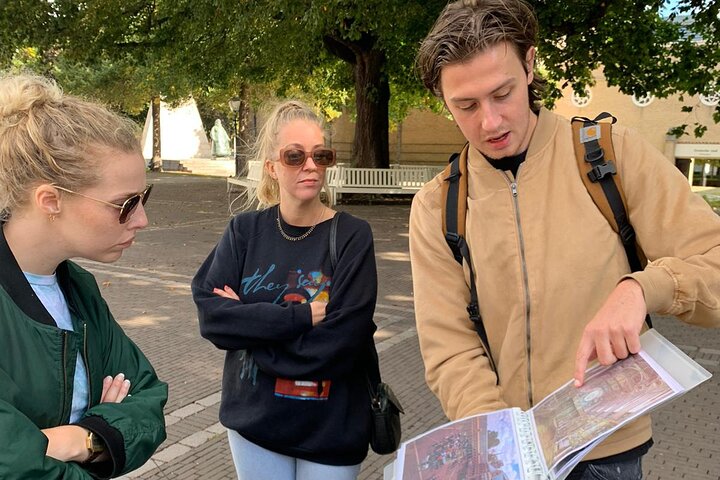 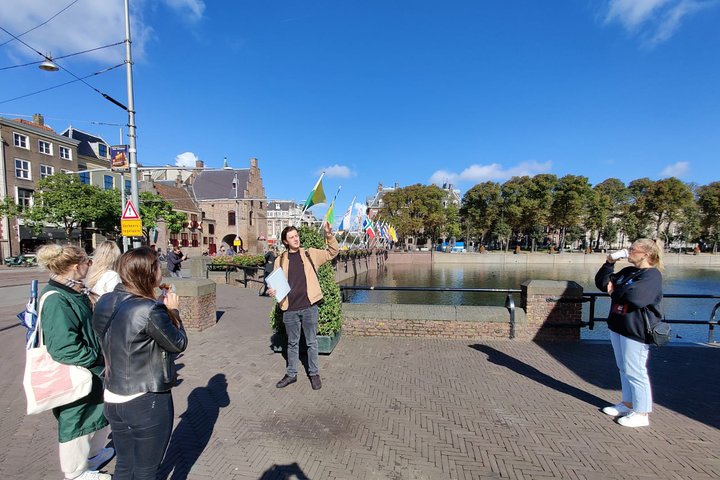 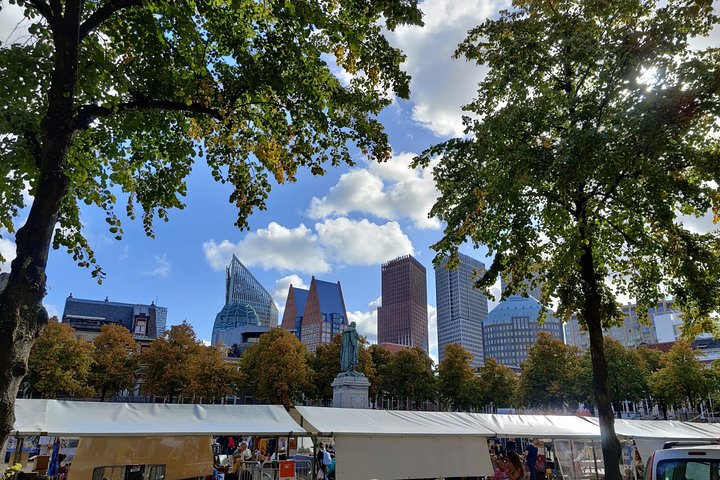 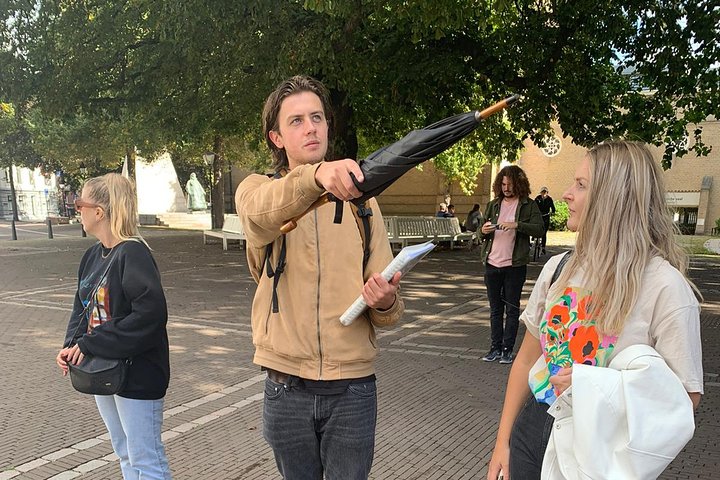 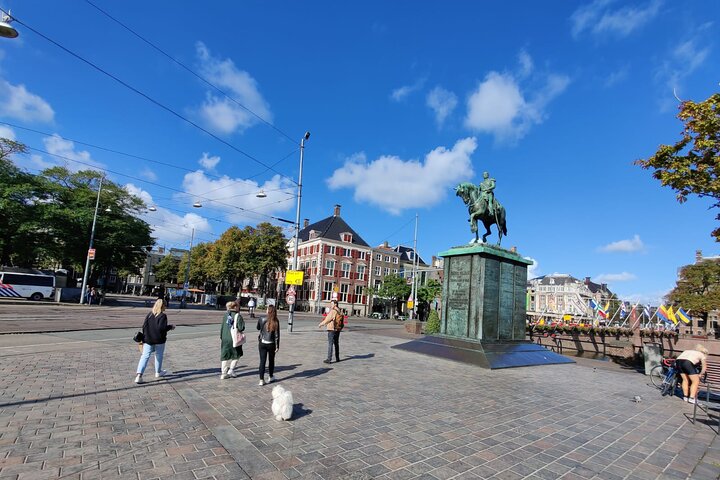 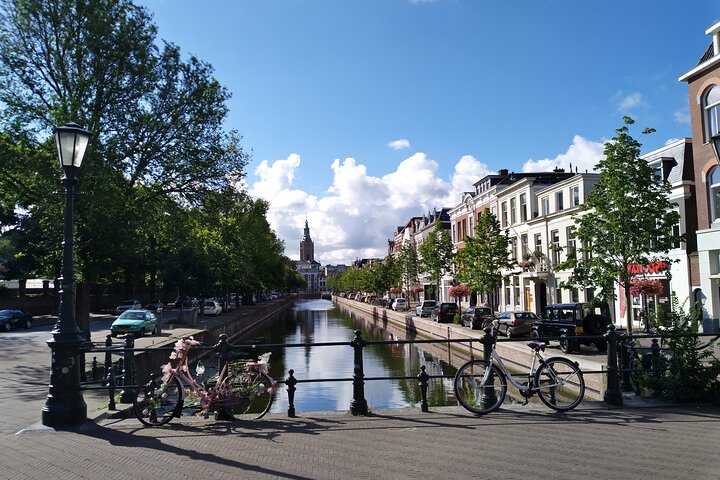 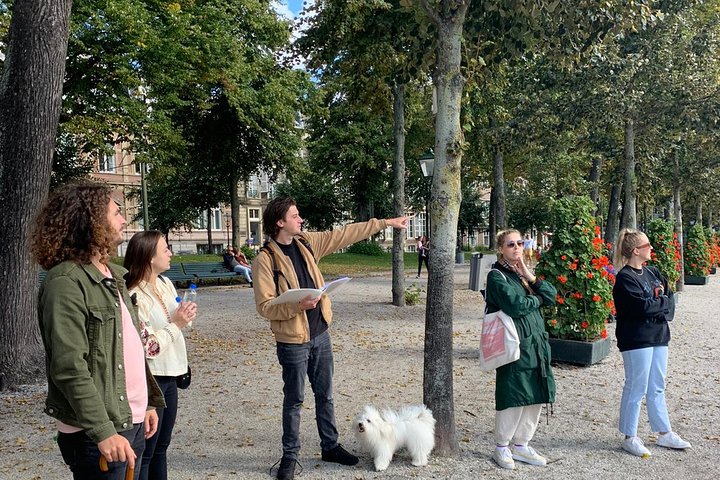 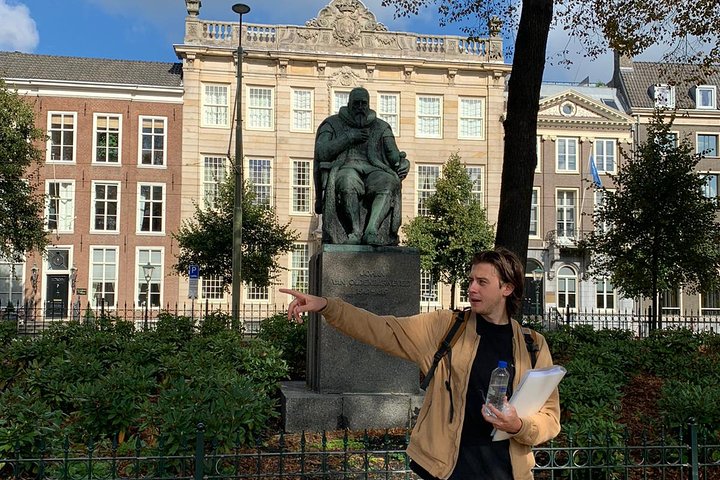 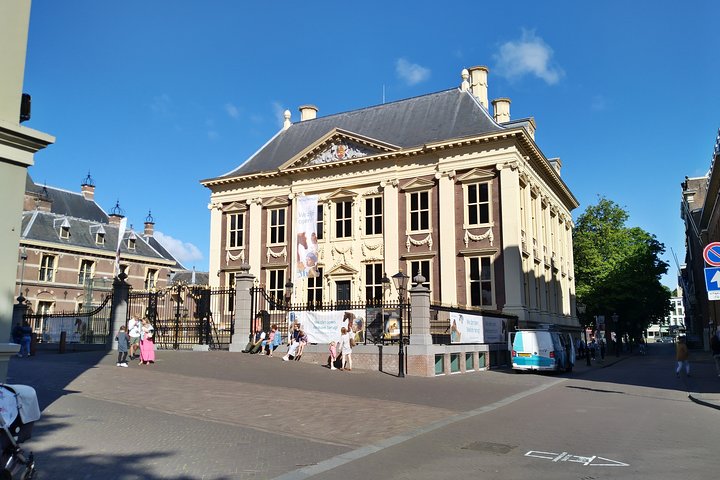 I am going to take u back in time, where The Hague was founded. What is the history of the Netherlands, and what role did The Hague have in the history. How did the Dutch royal family came to power and what role do they play in current Holland. These and other stories will be told during the walking tour.

The Hague is beautifull and rich in history. A lot of the landmarks are still here. With a guided walking tour u not only know the story behind the buildings but also what the function is today. History of The Hague is Dutch history and I would love to tell u all about it.

We walk with small or private groups to have some interaction and flexibilty in the tour. I like to adjust the tour according to the group. I also arrange water and some snacks to have a great morning or afternoon.

Stop At: Het Plein, Plein, The Hague The Netherlands

Het plein is where the statue of Willem van Oranje stands. Here I am going to tell u about the founder of the Netherlands and the way to independance from the Spanish.

Furthermore I am going to tell u about the significant buildings on the Plein and what the function in today's Netherlands is.

Stop At: The Mauritshuis Royal Picture Gallery, Plein 29, 2511 CS, The Hague The Netherlands

The Mauritshuis holds some of the most famous Dutch paintings. Like the girl with the pearl of the view of Delft (seen as the most beautifull painting of the world). But who was Maurits and why is it a museum-

I am going to show u Dutch and Brazilian history and the kolonising era of the Dutch. From here I am also going to show u the famous Square and the relationship it has with the Binnenhof.

This is the historical political hart of the Netherlands. Here I will tell u about the foundation of the binnenhof and also the way how the aristocrats lived. It is also one of the also parlements buildings still in use in modern time.

I am going to bring some pictures that show how the people lived and the daily life. What is the Knights Hall- and what uses did it have in medieval times- These and more interesting history will be told during the tour.

For almost 400 years this was the prison where they kept criminals in medieval times. Next to the museum is where they linched the brothers de Witt and I am going to tell the famous tale to u. I am also going to discribe the interior of the jale and some of the gruesome interrogation tactics they used.

Stop At: Hofvijver, 2513 The Hague, Netherlands

We are going to walk around the Hofvijfer for some of the best views of The Hague. This is also where, in medieval times, a lot happened and I am going to tell u all about it. Like the island that has been here for over 300 years!

This palace is the former home of King Willem II and has been used a lot by the royal family. From here we have a beautifull view of the Voorhout and here I am going to show u the inner city.

This is the current work palace for the King of the Netherlands. It also is important to the royal family and I am going to tell u bout the events that happened here and show u a couple of photos. This really gives u a good feeling about the building and its use.

I am also going to tell u about the French / Dutch history and what its impact is on the Netherlands as a country.

Stop At: Koninklijke Stallen, Hogewal 17, 2514 HA, The Hague The Netherlands

This is the building where the royal family holds there horses. It is an impressive building that also holds the chariots for inportant events.

In this part of the tour I am going to tell u more about the current Royal Family and their part in the Dutch government. We can also have a nice stop here for a snack and drinks.

Stop At: Rond de Grote Kerk 12, The Hague The Netherlands

The great St. Jacobs church is one of the oldest buildings in the Hague. It was very important in medieval times and has gone a lot of changes in history since then.

This is the stop where we reflect on the relationship between the Dutch government and the church. I am also going to tell u its uses for the royal family and what significant events were hosted in the church.
.

Informacion Adicional
"Confirmation will be received at time of booking"
"Wheelchair accessible"
"Stroller accessible"
"Service animals allowed"
"Near public transportation"
"Surfaces are wheelchair accessible"
"Not recommended for pregnant travelers"
"No heart problems or other serious medical conditions"
"Most travelers can participate"
"This experience requires a minimum number of travelers. If it’s canceled because the minimum isn’t met, you’ll be offered a different date/experience or a full refund"
"This tour/activity will have a maximum of 7 travelers"
"Hand sanitizer available to travelers and staff"
"Social distancing enforced throughout experience"
"Guides required to regularly wash hands"
"Contactless payments for gratuities and add-ons"
"We proberen de drukste plekken te vermijden."

Traveler pickup is offered
To make the tour as accessible as possible I can pick you up anywhere in the center or at Central Station. In this way u can enjoy the rest of The Hague as easy as u like.