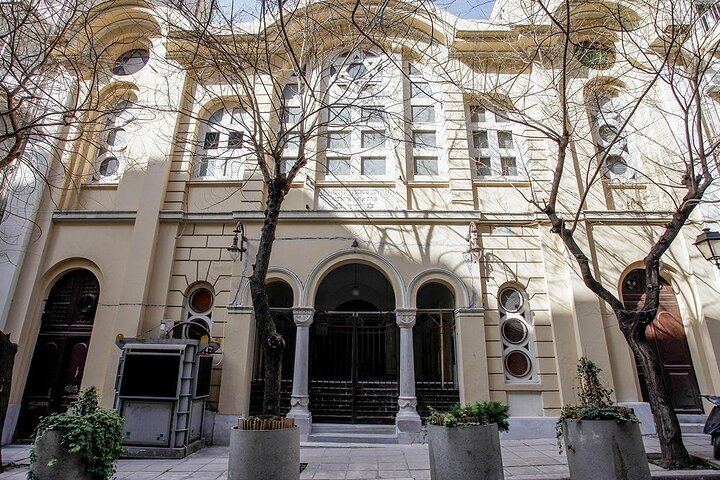 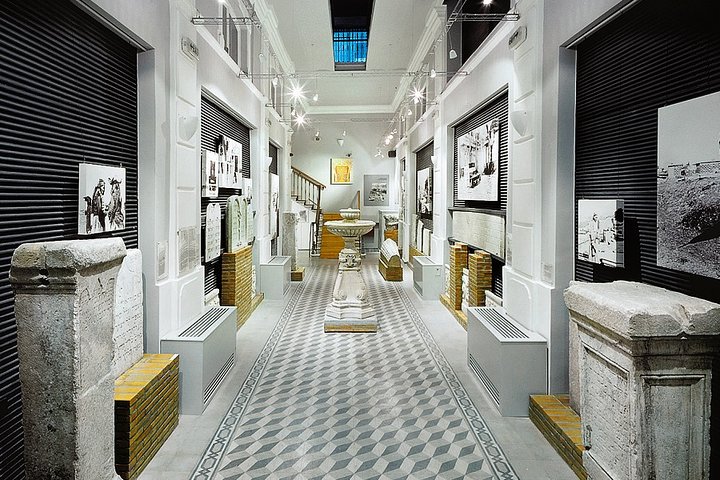 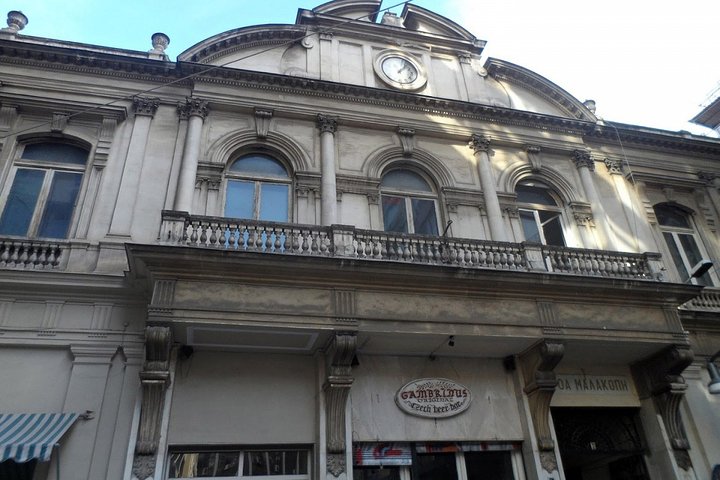 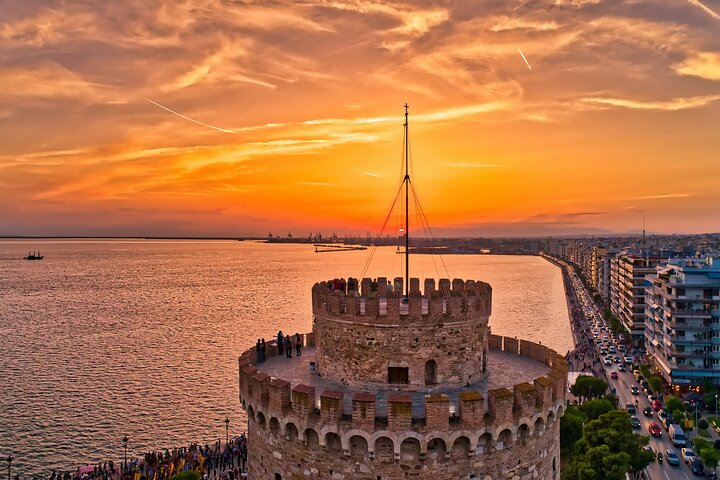 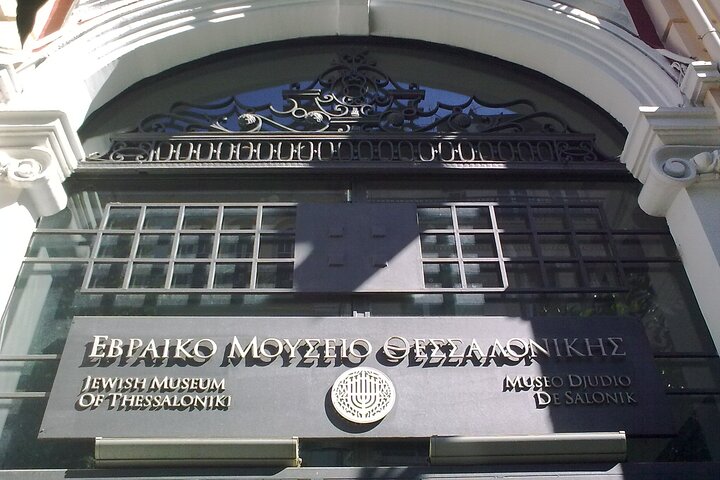 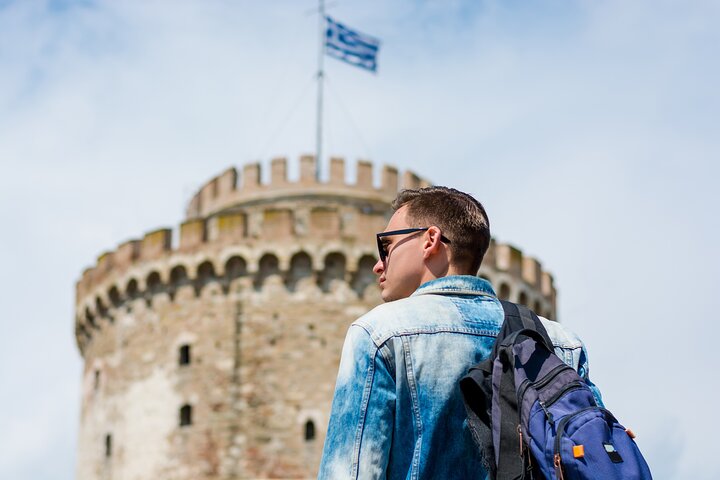 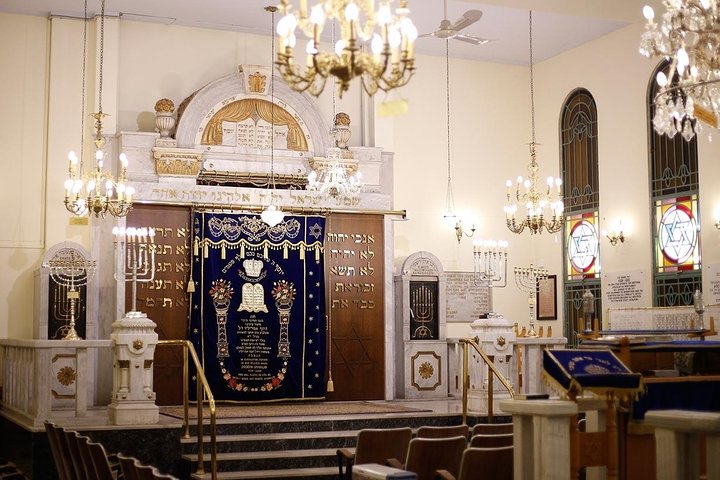 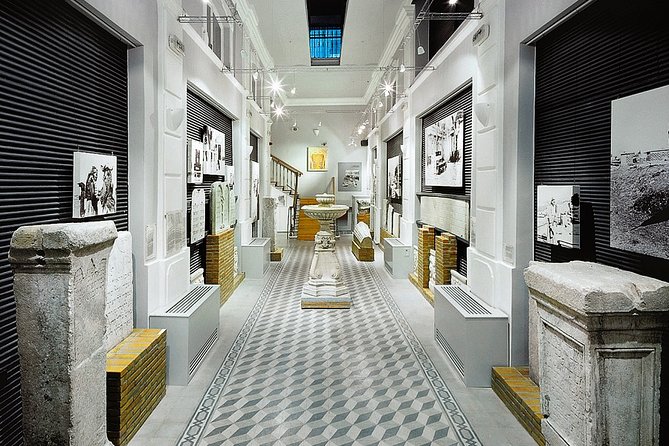 Starting from the Monastiriotes Synagogue, the only pre-war synagogue in the city, we aspire to connect places, spaces, signs, streets, buildings, squares and markets with the Jewish presence in the city. Seeking the visible and invisible traces of the human stories, customs, religious rituals, traditions, great moments but also painful losses of the Holocaust, we walk in the center of Thessaloniki and we will visit the city’s Jewish Museum.

The Jewish Museum of Thessaloniki was founded to honour the rich and creative Sephardic heritage as it evolved in the city after the 15th century. Consequent to the horrible expulsion from Spain by Ferdinand and Isabella in 1492, Jews began to arrive in the safe haven of the city in big numbers bringing with them an awareness of Renaissance culture and languages of the Western Mediterranean.

The Monastir Synagogue in Salonika was built by Jews from Monastir (a town in the former Yugoslav Republic of Macedonia, near the Greek border) between 1925-27 and was designed by the Jewish architect A. Levy.
The two-storey structure includes an impressive façade in a combination of styles with a two column arcade leading to the main entrance. The top of the façade is decorated with Stars of David.
The central hall is surrounded by additional halls and rooms. The Bimah is located on the east side and facing it is the two storey Aron Kodesh in the neo-Classical style, both made of white marble. On the yellow painted walls surrounding the central hall, and on the capitals of the columns, white stucco reliefs in floral motifs and Stars of David can be found, as well as boards with prayers and blessings.

This Synagogue was opened in 1984, dedicated to the memory of the victims of the Holocaust. It was built on the site of the small "Bourla" prayer house (Caal de la Plaza) that had been operating since 1921 to meet the religious needs of the numerous Jews who worked in the nearby market place.

The city's largest indoor market sits on the ashes of former Jewish neighbourhood Kadi, which burned down in the 1917 fire. The architect Eli Modiano designed the market, which opened in 1930 and has carried his name ever since. Covered by a glass roof, there are several shops and tavernas here, and it's a charming place to wander around. It's closed for renovation until 2020.

This 15th century Ottoman public bathhouse is also know as "Yehudi Hamam", since it was mainly used by the numerous Jews who were living and working in the marketplace area around it.

The Holocaust Memorial is by the seafront, on the Eleftherias Square. You'll see the sculpure which represents the holocaust with seven flames, in the shape of the Menorah and human bodies, created by Nandor Glid in 1997. You'll hear about the Black Sabbath day, which took place in the very same square.

Informacion Adicional
"Confirmation will be received at time of booking"
"Wheelchair accessible"
"Service animals allowed"
"Near public transportation"
"Most travelers can participate"
"Walking duration is approximately 2,5 hours"
"Sunglasses, hat, sunscreen and comfortable clothes during summer months"
"This experience requires good weather. If it’s canceled due to poor weather, you’ll be offered a different date or a full refund"
"This experience requires a minimum number of travelers. If it’s canceled because the minimum isn’t met, you’ll be offered a different date/experience or a full refund"
"This is a private tour/activity. Only your group will participate"
"Hand sanitizer available to travelers and staff"
"Social distancing enforced throughout experience"
"Regularly sanitized high-traffic areas"