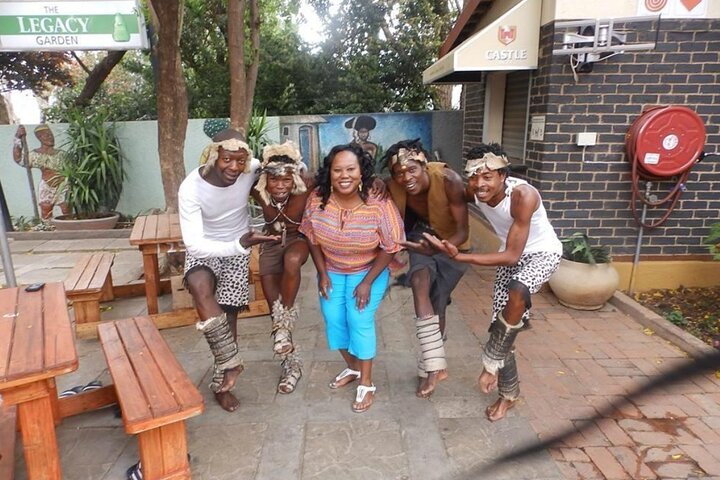 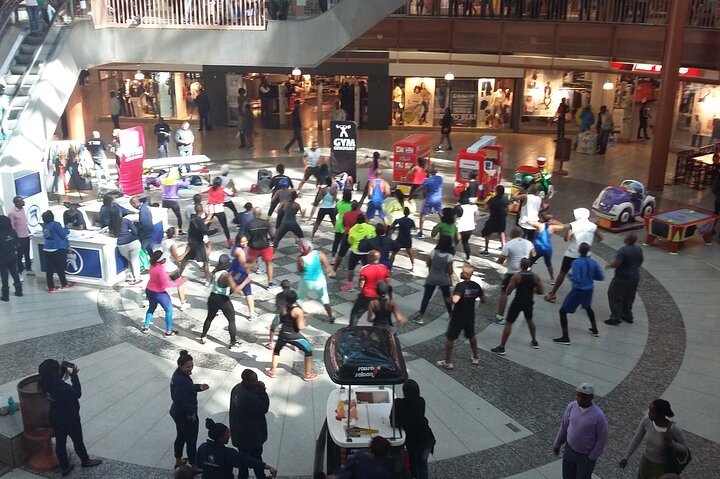 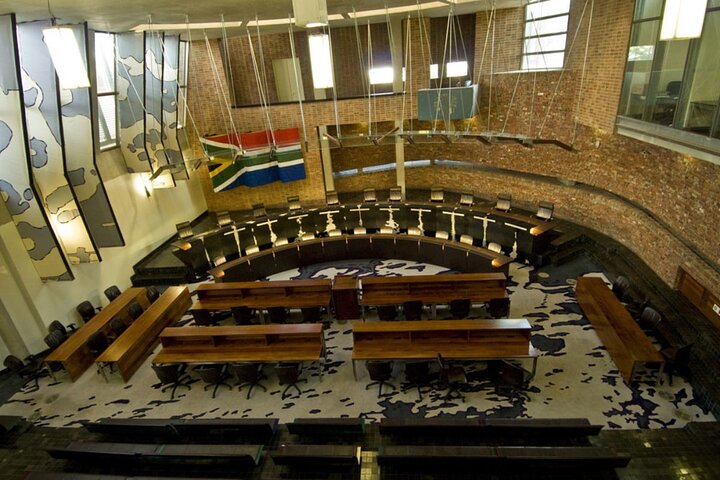 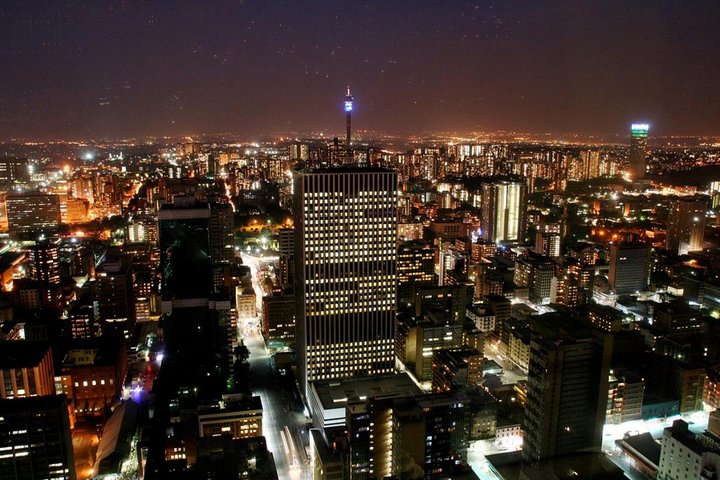 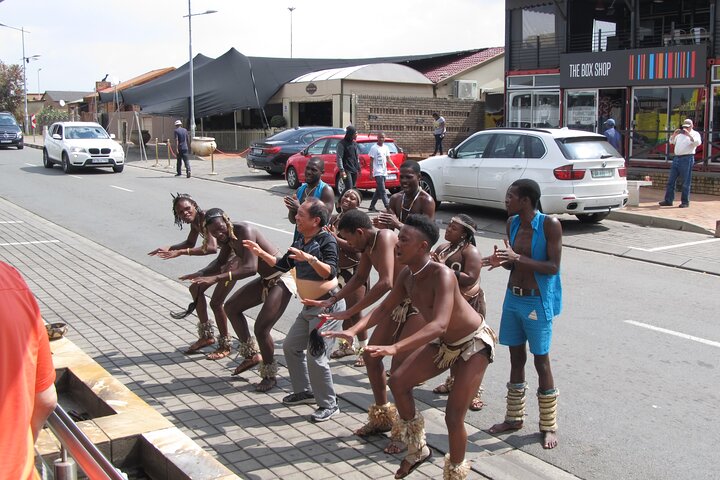 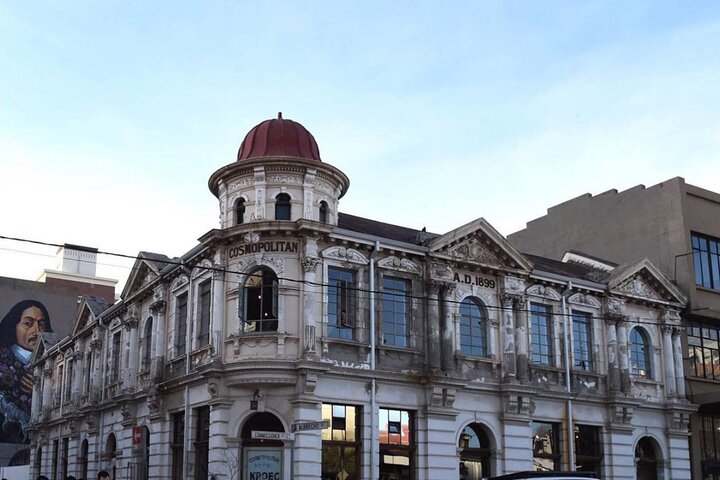 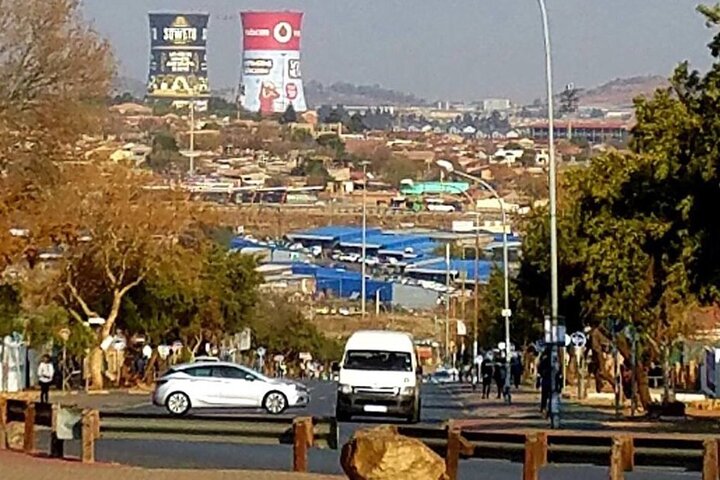 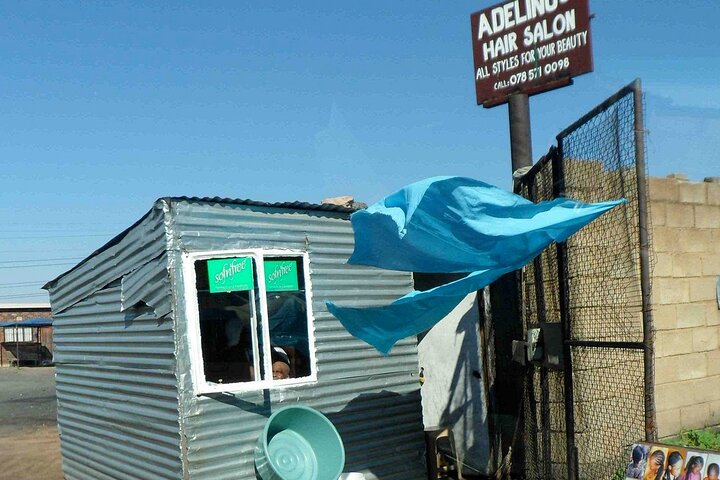 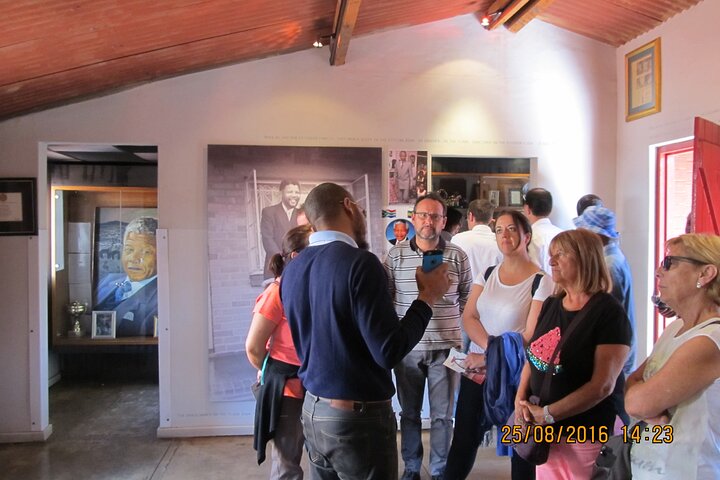 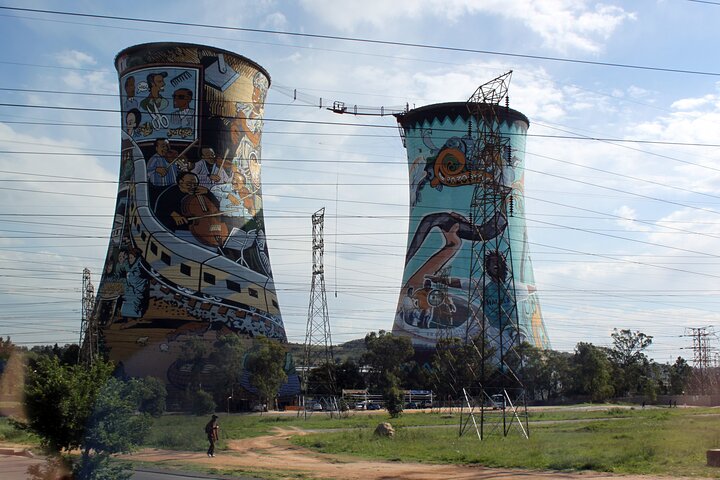 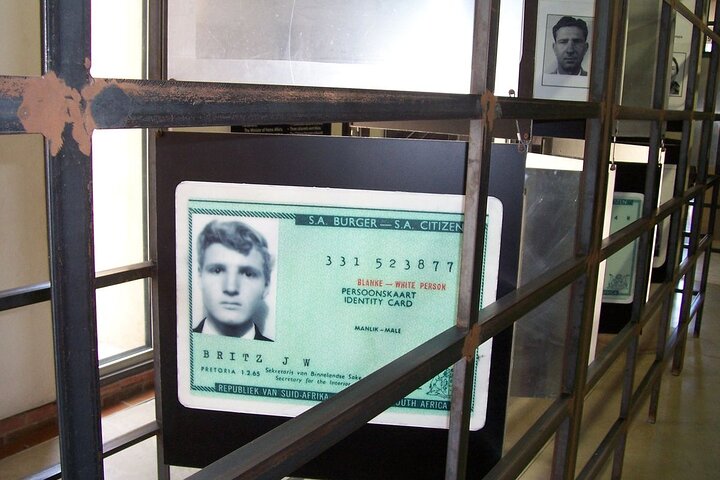 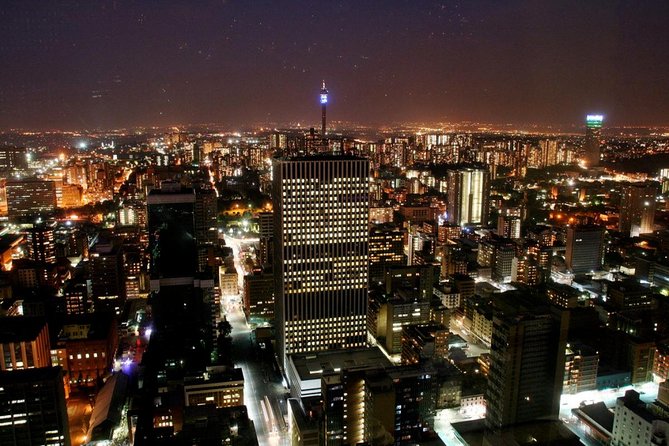 This tour is private just for you with our guide. Johannesburg is the only major city in the world built because of an underground resource, gold instead of a river or port. For over 100 years it was the world's biggest producer of the yellow metal. Johannesburg and the township of Soweto together make up arguably Africa's most interesting city, least of all because of the vast diversities in race, culture, and wealth of its inhabitants. During this full-day private tour, your informative guide highlights places and events that changed the cultural and political landscape of South Africa and in some cases the world. See the former homes (both old and recent) of Nelson Mandela and spend time exploring the Apartheid Museum. Your customizable itinerary includes lunch on vibrant Vilakazi Street in Soweto. Changes can be made to add going down a gold mine, seeing Gandhis home, who, during his 20 years in South Africa he became the human rights activist we know him as today.

The Carlton Centre is located in what was once Johannesburg's most prestigious central business district, now called the "old CBD". The now dated but well-maintained building towers above the city and you can see magnificent 360-degree views from its 50th floor called the “Top of Africa”. Hailed as a huge groundbreaking feat in building design when built it is an impressive building inside and out. The shops in the mall at ground level are in themselves are full of what the South Africans who shop here want to buy. They range from the most modern of technological and consumer products to traditional African remedies potions, foods, musical instruments, and ethnic clothing. There is even the store from which Nelson Mandela bought his outfits, having moved here from the older building outside. Mahatma Gandhi practiced law from an office closeby during his 20 years in South Africa and there is a display of photos of him and turn of the 19th century Joburg scenes.

The Apartheid Museum traces the history of this abhorrent form of South African society but also celebrates our emergence out of it into a brave multicultural democracy that still strives to attain equality of opportunity fro all its citizens . It has been described as a masterpiece of Museum design. There is incredible depth to the exhibits and the multi media narratives they illustrate and although they do create a feeling of sadness at the injustices committed spirits are raised by the stories of heroic South Africans who fought and died to create a pathway to something better. You can easily spend the whole day here and still not see it all but 2 hours will give you a good overview of what it was like to live here during these bad old days.There is a book and curio shop focusing on relevant items, and a coffee bar serving light meals. Next to it indigenous grasses and plants are grown to give a glimpse of what this area of the "veld" would have looked like before Joburg existed.

The murder of a 12-year-old child by police firing on demonstrating school children is commemorated here along with the 70 or more others who died on that fateful but momentous day on the 16th of June 1976. The date is now our National Youth Day and a public holiday.
There is a large African crafts market next to it if you want to buy some souvenirs.

Lunch will be at a popular restaurant on Vilakazi Street where you will sample the local fare. Here also you will find the previous homes of two Nobel Peace Prize winners: Desmond Tutu and Nelson Mandela.

South West African Townships or Soweto is the home of as many as 2 million South Africans and people of other African nationalities. Its citizens have the illustrious heritage of being at the center of resistance to oppression under colonialism and Apartheid.

Visit the Soweto home of Nelson Mandela, now a museum and tribute to his life and role in our progression to a fully representative democracy.

Constitution Hill is a living museum that tells the story of South Africa's journey to democracy. The site is a former prison and military fort fort that bears testament to a turbulent past. visit the country's Constitutional Court, which endorses the rights of all citizens.

All the way to the centre of the city you'll see a vibrant mixture of cultures before reaching the Carlton Centre, located in what was once Johannesburg's most prestigious business district.

Walter Sisulu also called Freedom Square, this development is both a memorial and monument while having many useful and practical functions. There is a market, exhibition centre, outdoor concert venue, modern hotel as well as offices and shops to assist small business development. Walter Sisulu is one of our greatest heroes and was Nelson Mandelas mentor. It is built on the location where the Freedom Charter was adopted by a large group of organisations gathering here in the 1950s when the Apartheid government was at its most powerful. It is our Bill of Rights or wish list for a better South Africa. Its main tenets are featured on a stone circle inside an interesting building at its centre built from materials recovered from the existing dwellings demolished to build the square. Its shape evokes buildings found in the remains of cities built in this part of the world before the arrival of the European colonisers.

Following hotel pickup in Johannesburg or Pretoria, your personalized tour of the historic city starts off with a visit to the home Nelson Mandela lived in just prior to his death in the still high wealth suburb of Houghton. From here you cross the “Rand” or to give it its full name the “Witwatersrand”. “rand” means ridge in Afrikaans. This is Johannesburg’s only prominent physical feature, a high ridge that bisects Johannesburg from east to west and to a great extent its wealth. In the past, the wealthy gold barons built their mansions along the ridge giving them a great view to the north where the majority of Joburg’s well-off residents now live. The mansions are still there and we will stop close to the top of the Rand on Munro Drive for the magnificent view they share. Because of its association with the wealthy our currency, the Rand is named after it and we orientate our location in the city in relation to it, West Rand, East Rand, North Rand, Midrand, and so on.

Hora de Inicio:
Confirm time with the local provider in advance of your experience.
Johannesburg and Soweto Private Guided Tour with Shebeen Lunch.
9/1/2022 - 8/31/2023

Duración: 8 To 9 Hours
Lugar de comienzo: Traveler pickup is offered
If staying at a hotel please wait for us at the ground level foyer or reception. If staying at a private
residence or guest house please let us have your mobile number and make sure the gate bell is
working so we can call you when we arrive to pick you up.