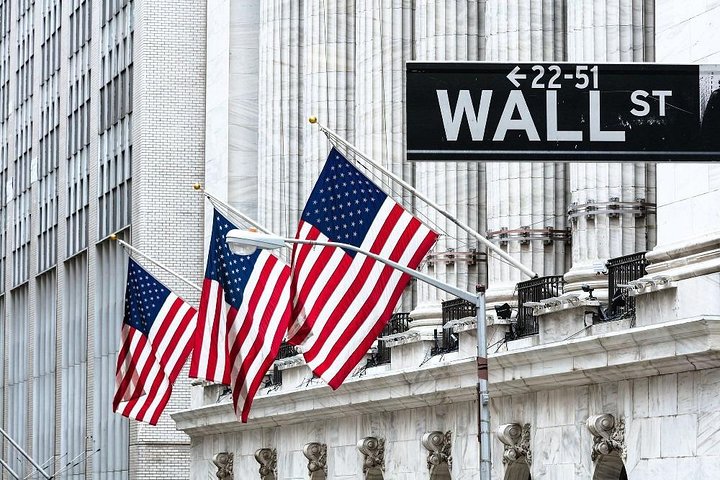 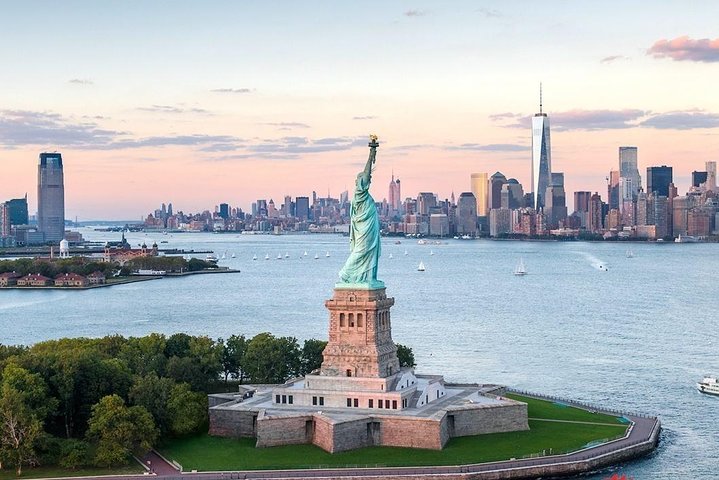 1.Highlights:Visit the famous New York City's Financial District and prepare your camera for the iconic Charging Bull sculpture,See the oldest public building in NYC dating from the 19th century.
2.Included:Round-trip ground transportation via air-conditioned vans, mini-buses or buses (depending on the number of passengers traveling).Professional bilingual tour guide.
3.Duration:About 10 hours

At a first glance, travelling around the entire of New York City seems like the mission impossible; however, our highly organized tour is especially designed for you: by visiting amounts of famous landmarks, you will learn more of the city’s unique history, culture, and the core spirit of the New Yorkers!

We will also Pass by the Fifth Avenue, Rockefeller Center, World Trade Center and so on.

❖ Trinity Church New York
Trinity Church (also called St. Paul's Chapel) is the oldest public building that is in continuous use in NYC. The current church is the third on this site; the first Trinity Church was built in 1698.

❖ Wall Street
This famous street in New York City's Financial District has become synonymous with American financial enterprises. It is also the home of the New York Stock Exchange, and has been (or still is) the location of several other exchanges.

❖ Charging Bull
This bronze sculpture that sits at the northern tip of New York's Bowling Green Park is ready to strike! It was commissioned to represent the "strength and power of the American people" after the stock market crashed in 1987.

❖ One World Observatory
One World Trade Center is the main building of the rebuilt World Trade Center complex in Lower Manhattan, New York City. It is the tallest building in the Western Hemisphere. There, 102 stories up, find yourself face-to-face with New York’s iconic skyline. Maybe you’ve seen views of the city before, but never quite like this. Walk the three sprawling levels of the Observatory and discover surprises along the way.

❖ Liberty Cruise
Any trip to New York City must include a boat cruise around the Statue of Liberty. This iconic landmark has stood in the city that never sleeps for more than 100 years, as a joint effort between America and France to celebrate the anniversary of America's independence. And the sightseeing cruise tour on the Hudson River to enjoy the city view from a totally different angle, as well as take pictures with Brooklyn Bridge.

❖ U.S.S. Intrepid
This famous military history museum on Manhattan's West Side is inside the now-defunct World War II aircraft carrier, the USS Intrepid. The mission of the Museum is to promote awareness and understanding of history, science, and service through its collections, exhibitions, and programming in order to honor the heroes, educate the public and inspire youth. Exhibits include real military aircraft as well as recreations of military life aboard the ship.

❖ Museum of Modern Art
MoMA has been important in developing and collecting modernist art and is often identified as one of the largest and most influential museums of modern art in the world. The impressive collection that it houses includes works by Pollock, Dali, van Gogh, Picasso, among others.

❖ Times Square
Called "The Crossroads of the World," this major intersection in midtown Manhattan-- where Broadway hits Seventh Avenue-- is a world-famous icon of both New York City and the United States. It has appeared in countless forms of media.

❖ Madame Tussaud's Wax Museum (NYC)
Madame Tussauds New York in the heart of Times Square is the only place with no ropes or barriers holding you back from your favorite stars. Voted as one of New York’s most unique attractions, Madame Tussauds invites you to pose “in a moment in time” with the world’s most iconic musicians, A-list stars, sports legends, world leaders and more. With over 85,000 square feet of interactive entertainment, including Ghostbusters: Dimension hyper-reality experience, the world famous wax attraction is bigger and better than ever.

❖ The Metropolitan Museum of Art
The Metropolitan Museum of Art is not just the largest art museum in the United States, but also one of the three biggest in the world. Its collection contains more than 2 million works of art. The permanent collection consists of works of art from classical antiquity and ancient Egypt, paintings, and sculptures from nearly all the European masters, and an extensive collection of American and modern art.

If you're interested in more than a 1 day tour, feel free to check out our multi-day tours, such as 2-Day Niagara Falls Tour From New York. See the magnificent Niagara Falls, or try one of New York Vacation Packages with a multi-day tour. We offer great deals on a variety of guided tours with comfortable transportation.

Tips: * We don’t accept any City Pass for the attractions. Customers joining this tour must take at least TWO optional attractions; otherwise we will not be able to provide transportation through the city and customers will need to arrange transportation at their own expense.

Informacion Adicional
"Confirmation will be received within 48 hours of booking, subject to availability"
"Not wheelchair accessible"
"Near public transportation"
"Not recommended for travelers with back problems"
"Not recommended for pregnant travelers"
"No heart problems or other serious medical conditions"
"Most travelers can participate"
"This experience requires good weather. If it’s canceled due to poor weather, you’ll be offered a different date or a full refund"
"This experience requires a minimum number of travelers. If it’s canceled because the minimum isn’t met, you’ll be offered a different date/experience or a full refund"
"This tour/activity will have a maximum of 26 travelers"