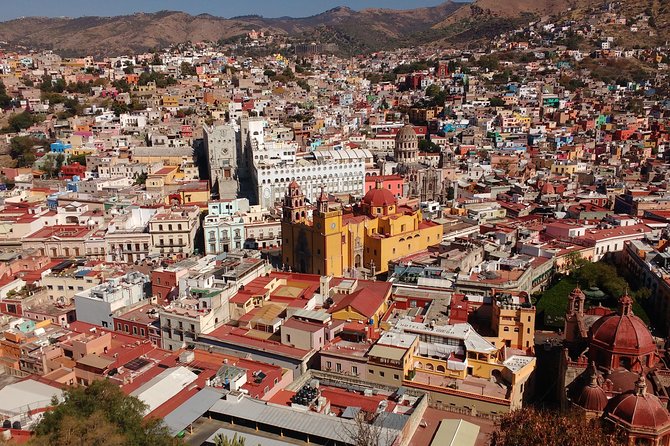 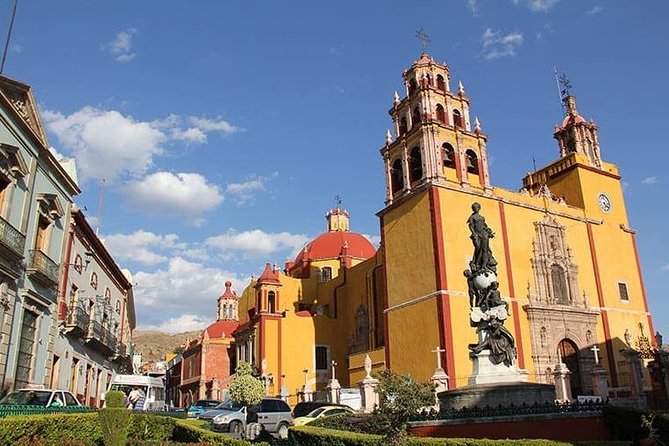 A magic experience in Guanajuato

This is a whole day tour. I’ll pick you up at your place to go together to Guanajuato the capital of the state. In this city we’re going to visit the Diego Rivera’s museum, the Juarez Theater, the kissing alley with its legend, and many more sites. Don’t miss this journey across one of the most magical cities in Mexico.
The cost of this tour per person is USD$ 60 and requires at least 3 passengers.

Lets to know the place where this great master of Mexican muralism, his life and his works

Built in 1996 this beautiful flemish baroque influence facade is the place where Our Lady of Guanajuato is venerated.

Stop At: The Alley Of The Kiss, Patrocinio 58, Zona Centro, Guanajuato 36000 Mexico

Discover our local version about the sweethearts Doña Ana and Don Carlos, which happened in Colonial time.

A marvelous theater from the early XX century, considered by most of the art critics as the most beautiful opera house in Mexico.

Built on green and gray sandstone its facade is gorgeous, originally was the Jesuit College of Guanajuato, later the "Colegio del Estado" and nowadays the most important university on the state.

Built by Felipe de Ureña its four facades display the most beautiful baroque art in the city of Guanajuato, now has a large collection of colonial art.

The famous market, Inaugurated in 1910 by the president of Mexico Don Porfirio Diaz, it was designed and built by the prestigious architects Ernesto Brunel and Antonio Rivas Mercado, it is said that the original project was to be a train station.

Informacion Adicional
"Confirmation will be received at time of booking"
"Not wheelchair accessible"
"Stroller accessible"
"Service animals allowed"
"Near public transportation"
"Infant seats available"
"Travelers should have a moderate physical fitness level"
"This experience requires good weather. If it’s canceled due to poor weather, you’ll be offered a different date or a full refund"
"This experience requires a minimum number of travelers. If it’s canceled because the minimum isn’t met, you’ll be offered a different date/experience or a full refund"
"This is a private tour/activity. Only your group will participate"
"Face masks required for guides in public areas"
"Hand sanitizer available to travelers and staff"
"Transportation vehicles regularly sanitized"
"Guides required to regularly wash hands"
"Temperature checks for travelers upon arrival"
"We´re certificated as "Safe Travels" by the World Travel & Tourism Council as well as the "Guanajuato Sano" distinction provided by the Guanajuato State Government."

Hora de Inicio: 9:00 AM
Duración: 8 Hours
Lugar de comienzo: Traveler pickup is offered
We´ll pick you up at your place about 15 minutes earlier or after the leaving time.