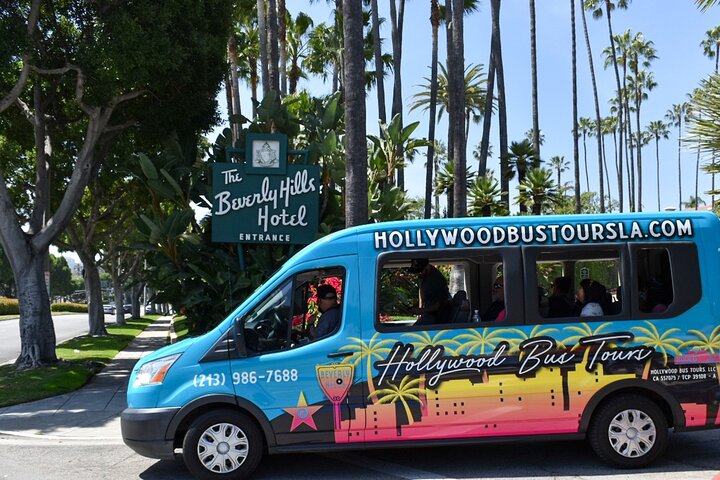 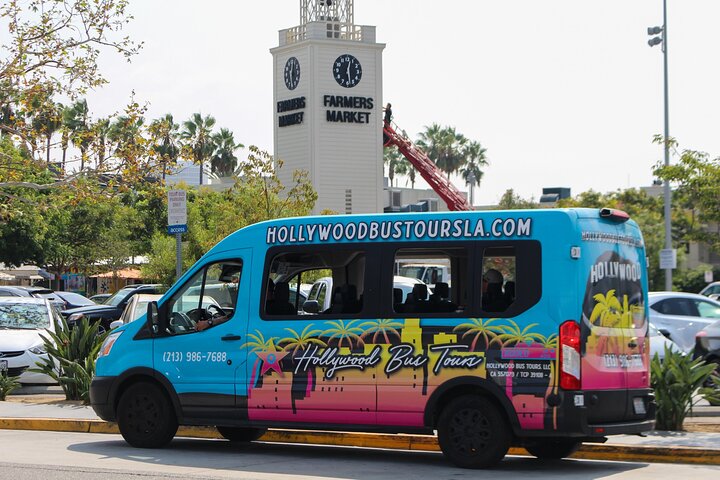 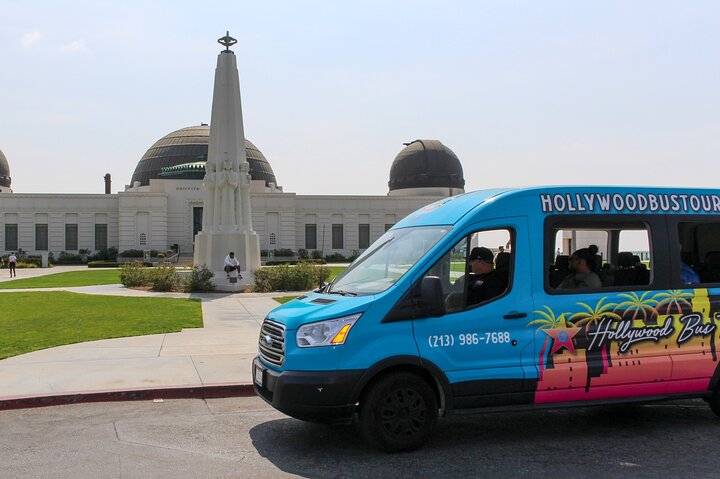 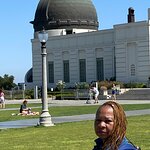 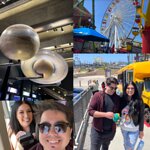 Half-Day Sightseeing Tour of the Best of Los Angeles

Check out the BEST Los Angeles has to offer on this half-day interactive sightseeing experience! Take a seat on our open-air bus customized for sightseeing as our fun & entertaining driver-guide gives you an insider look at LA culture, history, landmarks, and hot spots. Stop at The Santa Monica Pier, The Grove/Original Farmer's Market for shopping & lunch, The Hollywood Sign, and the Griffith Observatory.

The Tour begins/ends on The World Famous Hollywood Walk of Fame so you will have ample time to explore Hollywood!

West Hollywood is a trendy area known for its high-energy nightlife. The fabled Sunset Strip features the Chateau Marmont, a swanky celebrity hideaway, plus comedy clubs and live music venues like the legendary Whiskey a Go-Go. Santa Monica Boulevard, awash in rainbow flags, is home to a number of gay bars, dance clubs, and shops. WeHo also offers some of the city’s most buzzworthy restaurants.

Beverly Hills is a city in California's Los Angeles County. Home to many Hollywood stars, it features the upscale shopping street of Rodeo Drive. The expansive Beverly Gardens Park has fountains and rose gardens, plus an illuminated Beverly Hills sign.

Rodeo Drive is one of the world's most exclusive luxury destinations, and an unparalleled hub at the intersection of luxury, fashion, and entertainment.

The Santa Monica Mountains is a coastal mountain range in Southern California, next to the Pacific Ocean. It is part of the Transverse Ranges. Because of its proximity to densely populated regions, it is one of the most visited natural areas in California.

The Getty Center, in Los Angeles, California, is a campus of the Getty Museum and other programs of the Getty Trust. The $1.3 billion Center opened to the public on December 16, 1997, and is well known for its architecture, gardens, and views overlooking Los Angeles.

Santa Monica is a coastal city west of downtown Los Angeles. Santa Monica Beach is fringed by Palisades Park, with views over the Pacific Ocean. Santa Monica Pier is home to the Pacific Park amusement park, historic Looff Hippodrome Carousel, and Santa Monica Pier Aquarium. Next to the pier is Muscle Beach, an outdoor gym established in the 1930s. In the city center, Bergamot Station houses several art galleries

The Santa Monica Pier is a large double-jointed pier at the foot of Colorado Avenue in Santa Monica, California, United States. It contains a small amusement park, concession stands, and areas for views and fishing

La Brea Tar Pits are a group of tar pits around which Hancock Park was formed in urban Los Angeles, US. Natural asphalt has seeped up from the ground in this area for tens of thousands of years. The tar is often covered over with dust, leaves, or water.

The Los Angeles County Museum of Art is an art museum located on Wilshire Boulevard in the Miracle Mile vicinity of Los Angeles. LACMA is on Museum Row, adjacent to the La Brea Tar Pits. LACMA was founded in 1961, splitting from the Los Angeles Museum of History, Science, and Art.

Griffith Park is a large municipal park at the eastern end of the Santa Monica Mountains, in the Los Feliz neighborhood of Los Angeles, California. The park covers 4,310 acres of land, making it one of the largest urban parks in North America.

Greek Theatre is an amphitheater located in Griffith Park, Los Angeles, California. It is owned by the city of Los Angeles and is operated by ASM Global.

The tour ends where it began on the World Famous Walk of Fame in Hollywood! - The Hollywood Walk of Fame is a historic landmark that consists of more than 2,700 five-pointed terrazzo and brass stars embedded in the sidewalks along 15 blocks of Hollywood Boulevard and three blocks of Vine Street in Hollywood, California.