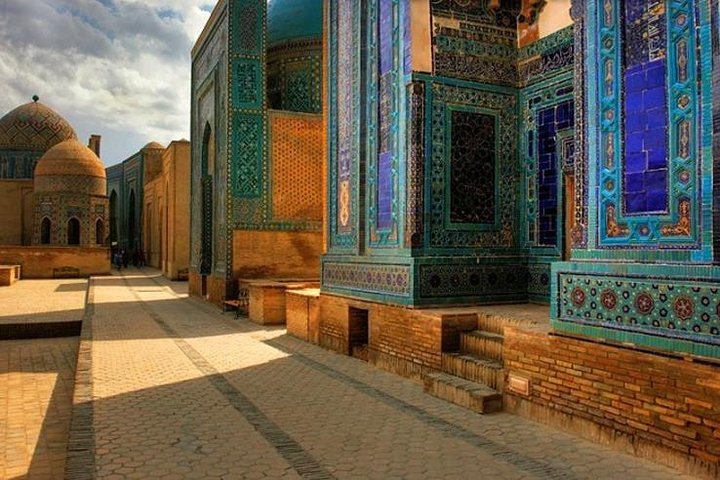 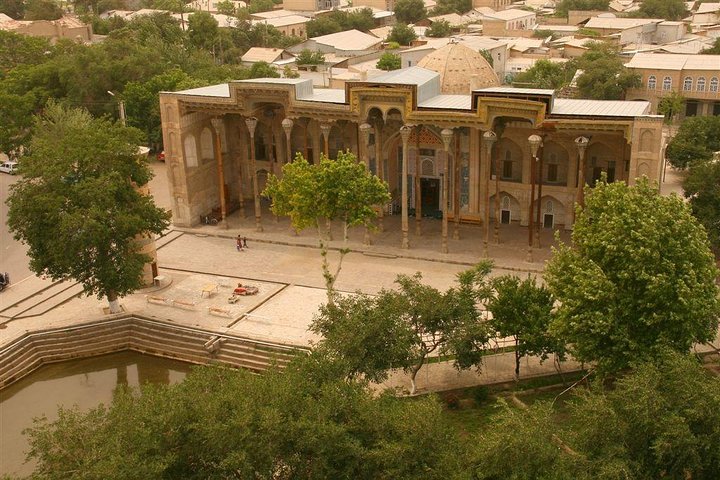 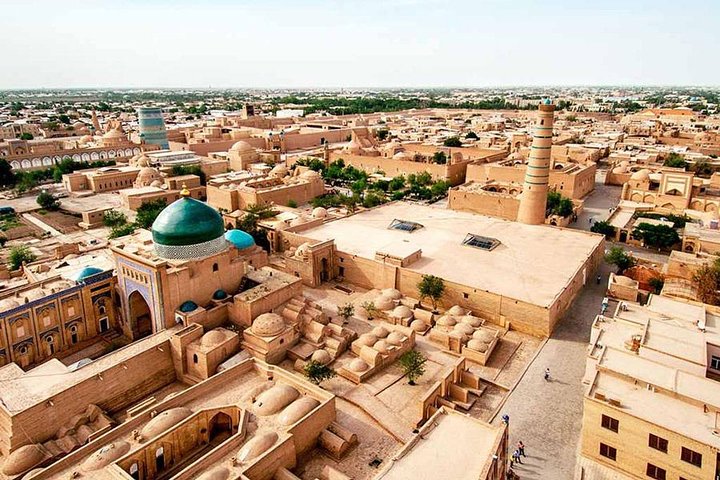 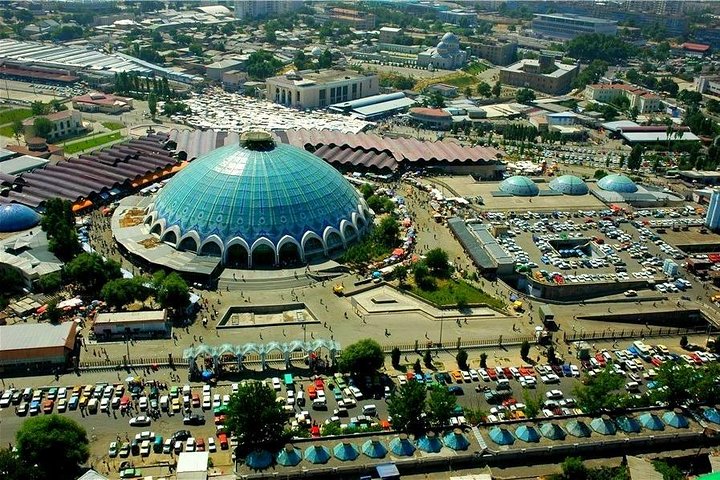 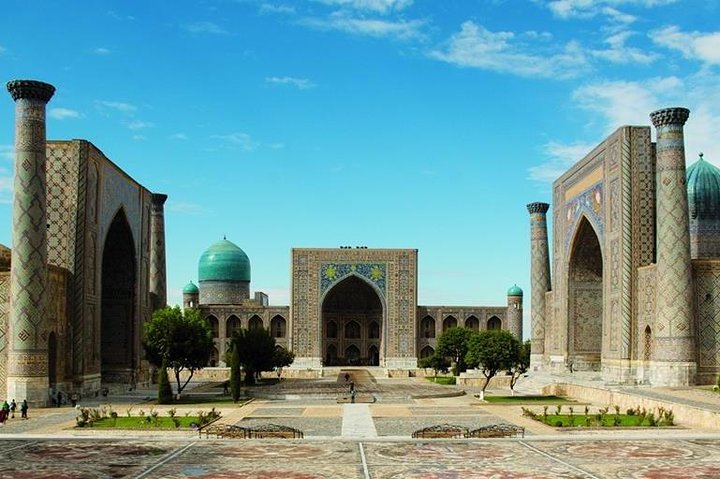 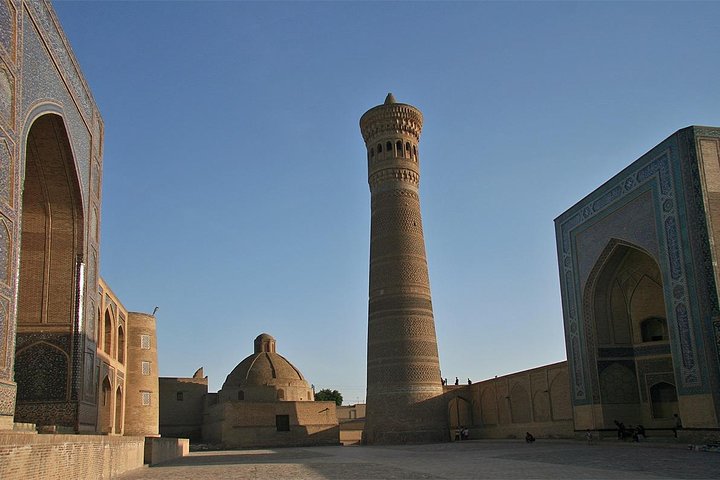 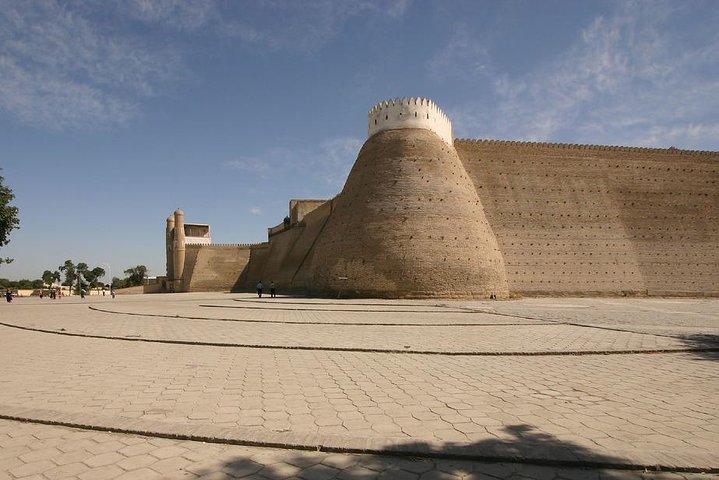 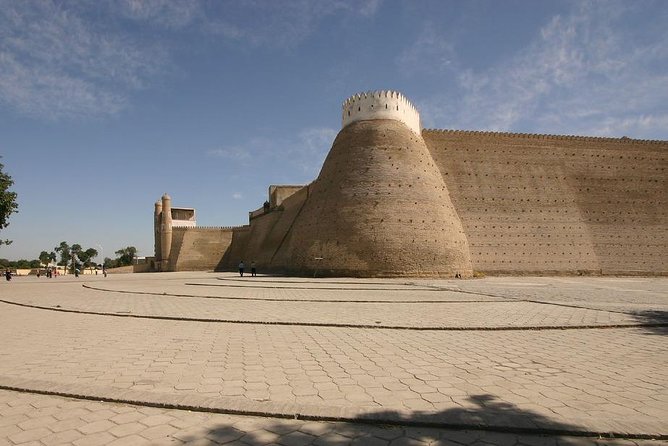 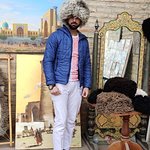 We would like to invite you to Uzbekistan Cultural and Historical Travel along ancient and jewels of Central Asia: Samarkand- The key trading centres along the ancient Silk Route over centries, Islamic world’s most magnificent masterpiece of architectures with blue tiled, Bukhara- the ancient desert oasis city which has been inhabited for over 2500 years, was home to several generations of great Islamic scholars, an importand city in the transfer of knowledge between the Far East and Europe during IX-XII centuries , Tashkent and natural wonders of Uzbekistan.

Stop At: Chorsu Bazaar, Navoi St. 48 Shayhan Taurski District, Tashkent Uzbekistan
Chorsu Bazaar is one of the largest bazaars in Uzbekistan and Central Asia, located in the old part of Tashkent called Eski Shahar. Bazaar "Chorsu" was known in the Middle Ages and was of great importance on the road of the Great Silk Road.
Duration: 40 minutes

Stop At: Uzbekistan State Museum of Applied Art, Rakatboshi st. 15, Tashkent 100031 Uzbekistan
It was founded in 1937 on the basis of a temporary exhibition of handicrafts. The museum’s exhibition funds contain over 4 thousand exhibits that reveal the history of decorative art of Uzbekistan: wood carving, ceramics, embossing, art of jewelers, gold seamstresses, embroiderers, samples of mass production of local industry.
Duration: 40 minutes

Pass By: Mustaqillik Maydoni, Mustаqillik mаydоni, Тошкент, Uzbekistan
Located in the center of Tashkent. The major state events and parades are held here on national holidays.

Pass By: Amir Temur Square, Mirabad District, Tashkent Uzbekistan
Amir Temur Square is one of the most favorite places not only for local residents but also for visitors of the capital, located in the center of Tashkent.
Overnight in Tashkent.

No meals included on this day.
Accommodation included: Uzbekistan hotel

Pass By: Lyabi House Hotel, N. Khusainov Street 7, Buxoro 200118, Uzbekistan
Lyab-i Hauz Ensemble is probably the most popular Bukhara tourist attraction, often used as a rest stop, thanks to its grandness, tranquility and old age. Lyab-i Hauz is located in the southeast shakhristan (the part of the city within the city walls but outside the citadel) near the main Bukhara trade street.

Stop At: Magoki Attor Mosque, 55 Mekhtar Anbar Str., Buxoro 200118, Uzbekistan
Magoki Attari Mosque - a monument of medieval architecture; column-domed mosque of the 12th-16th centuries in the historical center of Bukhara. Located more than 4.5 meters below ground level, it is interesting for its carved decor. The oldest surviving monuments of Bukhara.
Duration: 20 minutes

Stop At: Great Minaret of the Kalon, Khodja Nurobobod Street, Bukhara 200100 Uzbekistan
Poi Kalyan is an architectural ensemble located at the foot of the Kalyan minaret. The complex consists of three buildings built in the XII - XVI centuries: the Kalyan minaret, the Kalyan mosque and the Miri Arab madrasah. Poi Kalyan is located on the Registan Square, and is the central architectural ensemble of Bukhara.
Duration: 40 minutes

Stop At: Ark of Bukhara, Afrosiab St, Bukhara Uzbekistan
Ark is an ancient citadel in Bukhara in modern Uzbekistan; a monumental fortress, rising almost 20 meters above the level of the surrounding area and covering an area of about 4 hectares.
Duration: 1 hour

Stop At: Ulugh Beg Observatory, Samarkand 140100 Uzbekistan
Ulugbek Observatory is one of the most significant observatories of the Middle Ages, built by Ulugbek on Kuhak Hill in the vicinity of Samarkand in 1424-1428
Duration: 40 minutes

Stop At: Shah-i-Zinda, Samarkand Uzbekistan
Shahi Zinda - a monument of medieval architecture in Samarkand, an ensemble of mausoleums of the Karakhanid and Timurid nobility. The complex that has reached us consists of eleven mausoleums that were sequentially attached to each other during the XIV-XV centuries
Duration: 1 hour

Pass By: Bibi-Khanym Mausoleum, Islama Karimova 10, Samarkand 140164 Uzbekistan
The Bibi Khanum Mosque is an architectural monument from 1399-1404 in Samarkand, the grandiose cathedral mosque of Tamerlane, richly decorated with tiles, carved marble and murals.

Pass By: Tashkent, Tashkent, Tashkent Province
at 17:30 Take Afrasiyab high speed train to Tashkent. (2 h 10 min). Tashkent is the capital of Uzbekistan, which is famous for its numerous museums and a combination of modern and Soviet architecture. 19:40 Arrival in Tashkent. Drive to hotel.
End of the tour