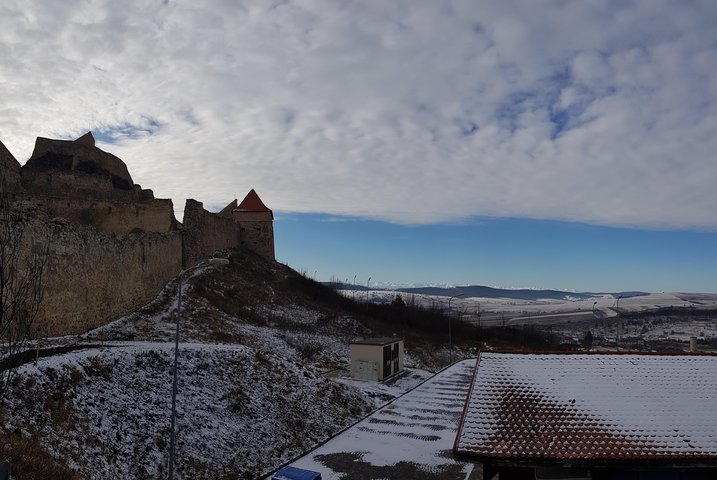 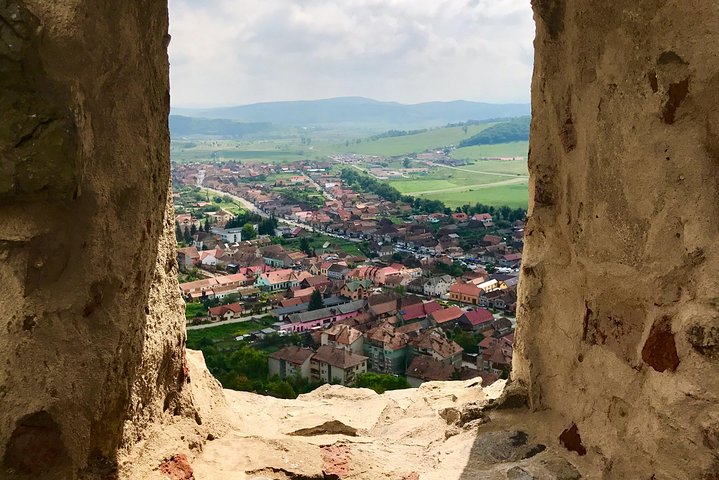 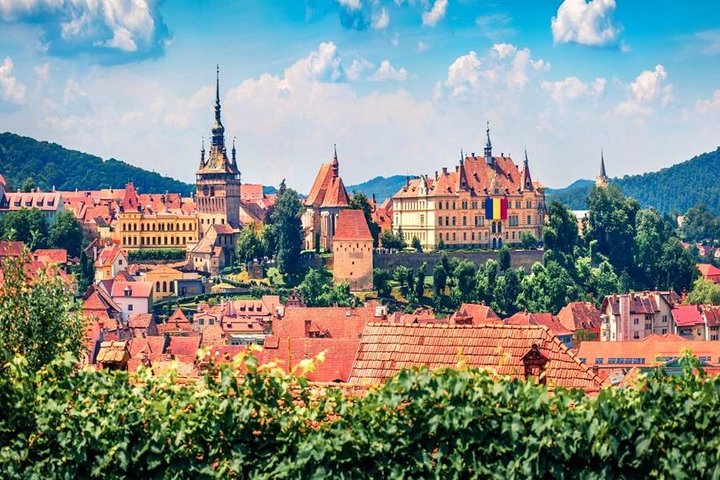 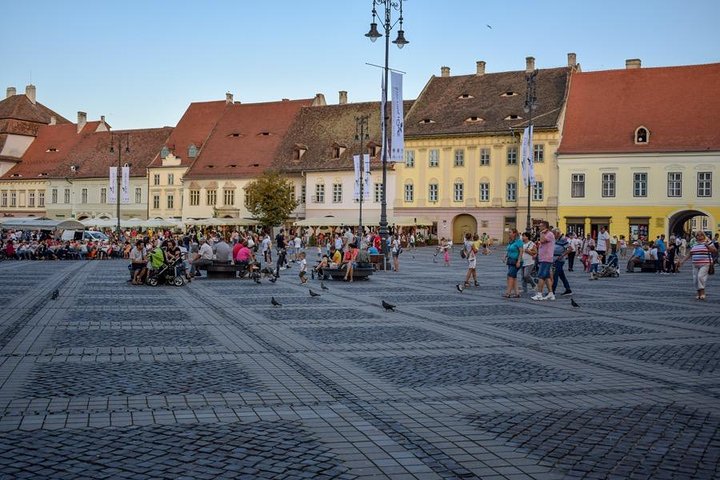 This tour allows you to see the real face of Romanian culture
You will be able to see iconic landscapes of countryside .
Yo will have the possibility to extend or reduce your tour.
Our guide can offer you an insight on Romanian history
Cities like Sighisoara and Sibiu are included as main destination in Europe competing with more famous cities such as Rome or Athens

Sighișoara (Romanian pronunciation: [siɡiˈʃo̯ara]; German: Schäßburg pronounced [ˈʃɛsbʊɐ̯k]; Transylvanian Saxon: Schäsbrich; Hungarian: Segesvár, pronounced [ˈʃɛɡɛʃvaːr] (About this soundlisten); Yiddish: שעסבורג‎, Shesburg; Latin: Castrum Sex) is a city on the Târnava Mare River in Mureș County, Romania. Located in the historic region of Transylvania, Sighișoara has a population of 28,102 according to the 2011 census. It is a popular tourist destination for its well-preserved walled old town, which is listed by UNESCO as a World Heritage Site.

Rupea Citadel (Romanian: Cetatea Rupea, German: Burg Reps, Hungarian: Kőhalmi vár) is one of the oldest archaeological sites in Romania, the first signs of human settlements dating from the Paleolithic and early Neolithic.

The first documentary attestation dates from 1324 when the Saxons revolted against King Charles I of Hungary and took refuge inside the citadel. According to archaeologists, the current citadel was built on the ruins of a former Dacian defense fort conquered by the Romans. The name of the citadel comes from Latin rupes meaning "stone". From the 10th century, the citadel experienced a systematic expansion, so that in the 14th century it had a key strategic role, being the main linking point between Transylvania, Moldavia and Wallachia.

A popular legend in the area tells that Dacian king Decebalus would commit suicide within the citadel,[1] during the Second Dacian War (105–106), when the citadel was known as Ramidava.

Rupea Citadel is situated in the west of Rupea, on a 120 m-high basalt massive.[2] The citadel is located on DN13, 70 km from Brașov, on the road to Sighișoara. The citadel is visited each month by more than 10,000 tourists

Sibiu (Romanian: [siˈbiw], antiquated Sibiiu; Latin: Cibinium; German: Hermannstadt [ˈhɛʁmanʃtat], Transylvanian Saxon: Härmeschtat, Hungarian: Nagyszeben [ˈnɒcsɛbɛn], Yiddish: סעבען Seben, or הערמאנשטאט Hermanshtat) is a city in Transylvania, Romania, with a population of 147,245.[1] Located some 275 km (171 mi) north-west of Bucharest,[2] the city straddles the Cibin River, a tributary of the river Olt. Now the capital of Sibiu County, between 1692 and 1791 and 1849–65 Sibiu was also the capital of the Principality of Transylvania.

Sibiu is one of the most important cultural centres of Romania and was designated the European Capital of Culture for the year 2007, along with the city of Luxembourg.[3] Formerly the centre of the Transylvanian Saxons, the old city of Sibiu was ranked as "Europe's 8th-most idyllic place to live" by Forbes in 2008.[4] The city also administers the village of Păltiniș, a ski resort located 35 kilometres to the south.

Informacion Adicional
"Confirmation will be received at time of booking"
"Not wheelchair accessible"
"Stroller accessible"
"Service animals allowed"
"Near public transportation"
"Infants must sit on laps"
"Travelers should have a moderate physical fitness level"
"This experience requires good weather. If it’s canceled due to poor weather, you’ll be offered a different date or a full refund"
"This experience requires a minimum number of travelers. If it’s canceled because the minimum isn’t met, you’ll be offered a different date/experience or a full refund"
"This is a private tour/activity. Only your group will participate"