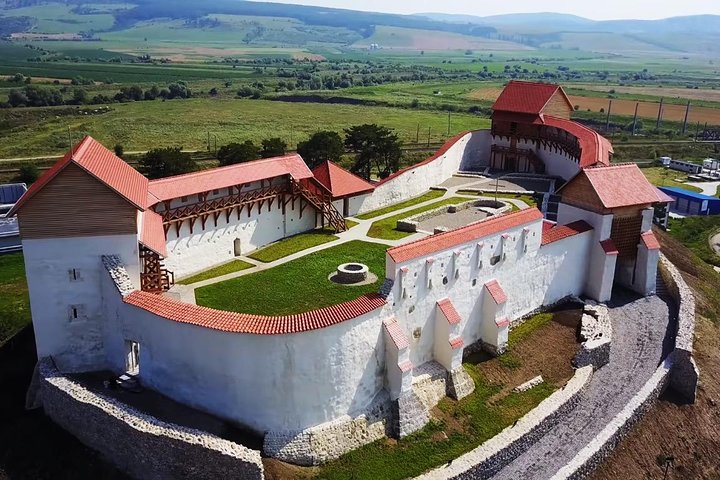 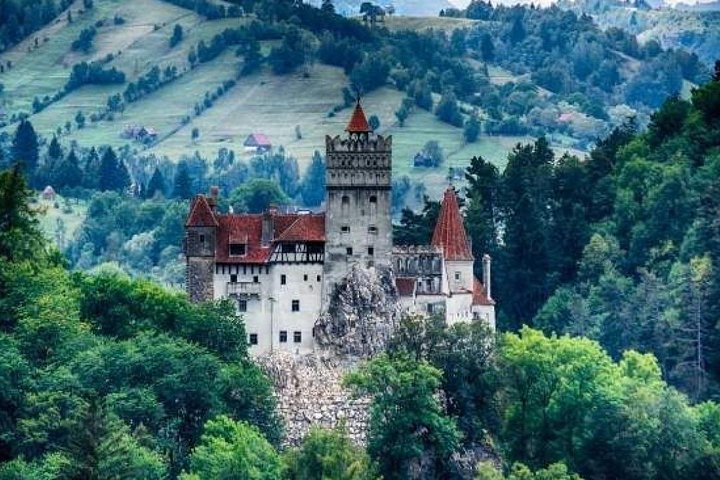 We are proud to say that we are able to connect with every single Guest being a small family business.
We offer flexibility on timing and duration as well as visiting other destinations in the vicinity of the main ones.
Our drivers are knowledgeble and will offer you an insight of how real Romania is. You will feel like home meaning safe, relaxed, happy. We are proud about our country and we try to show you why your decision to visit Romania worth it.

Bran Castle (Romanian: Castelul Bran; German: Törzburg; Hungarian: Törcsvár) is a castle in Bran, 25 kilometres (16 mi) southwest of Brașov. It is a national monument and landmark in Romania. The fortress is on the Transylvanian side of the historical border with Wallachia, on road DN73.

Commonly known outside Romania as Dracula's Castle (although it is one among several locations linked to the Dracula legend, including Poenari Castle and Hunyadi Castle),[citation needed] it is often erroneously referred to as the home of the title character in Bram Stoker's Dracula.[citation needed] There is no evidence that Stoker knew anything about this castle, which has only tangential associations with Vlad the Impaler, voivode of Wallachia, the putative inspiration for Dracula.[citation needed] Dutch author Hans Corneel de Roos proposes as location for Castle Dracula an empty mountain top, Mount Izvorul Călimanului, 2,033 metres (6,670 ft) high, located in the Călimani Alps near the former border with Moldavia.[1][full citation needed] Stoker's description of Dracula's crumbling fictional castle also bears no resemblance to Bran Castle.

The castle is now a museum dedicated to displaying art and furniture collected by Queen Marie.[2] Tourists can see the interior on their own or by a guided tour. At the bottom of the hill is a small open-air museum exhibiting traditional Romanian peasant structures (cottages, barns, water-driven machinery, etc.) from the Bran region.[3]

Peleș Castle (Romanian: Castelul Peleș pronounced [kasˈtelul ˈpeleʃ] (About this soundlisten)) is a Neo-Renaissance castle in the Carpathian Mountains, near Sinaia, in Prahova County, Romania, on an existing medieval route linking Transylvania and Wallachia, built between 1873 and 1914. Its inauguration was held in 1883. It was constructed for King Carol I.

Between 1211–1225, Feldioara was the Teutonic Knights’ quarter, which will later become a peasant stronghold.[2] A 1439 document states that the civilians of Feldioara built this fortress “with great financial and physical expenses” in order to protect their families and possessions[citation needed]. The fortress withstood the Turkish invasion of 1421, but it was severely damaged by a second invasion in 1432. It took until 1457 to restore it[citation needed].

The fortress - long out use for its original purpose - was used as a granary until 1838, when a major earthquake damaged it. After this event, even the fortress guardian left the building. Since then the fortress has lain in ruins.

The fortress was built as part of a defence system for the Transylvanian villages exposed to outside invasions. A decisive aspect for building the fortress at its location was the route of the invading armies which were coming from the Bran pass and were passing through Râșnov, on their way to Braşov and other parts of the Burzenland region. The only chance of survival for the inhabitants of the area, including from Cristian and Ghimbav, was the refuge inside the refuge castle at Râşnov. Compelled to stay there for decades, the people of Râșnov and the nearby villages turned the fortification into their long-term place of residence.

Informacion Adicional
"Confirmation will be received at time of booking"
"Not wheelchair accessible"
"Stroller accessible"
"Service animals allowed"
"Near public transportation"
"Infants must sit on laps"
"Most travelers can participate"
"This experience requires good weather. If it’s canceled due to poor weather, you’ll be offered a different date or a full refund"
"This experience requires a minimum number of travelers. If it’s canceled because the minimum isn’t met, you’ll be offered a different date/experience or a full refund"
"This is a private tour/activity. Only your group will participate"