Private Day Trip Of Jerusalem And Bethlehem From Amman 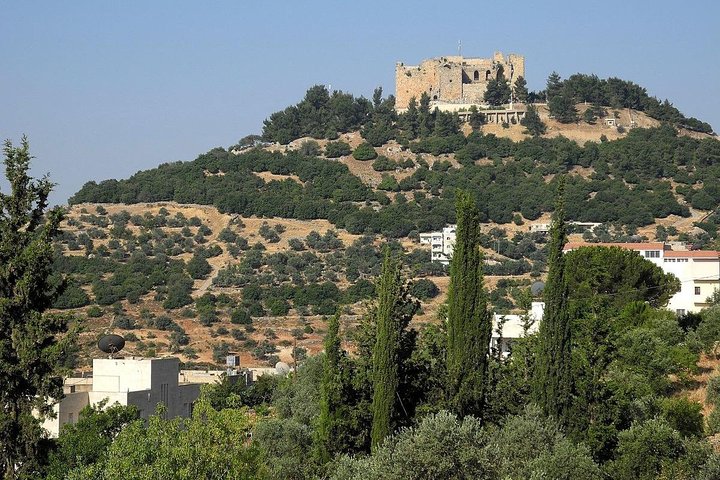 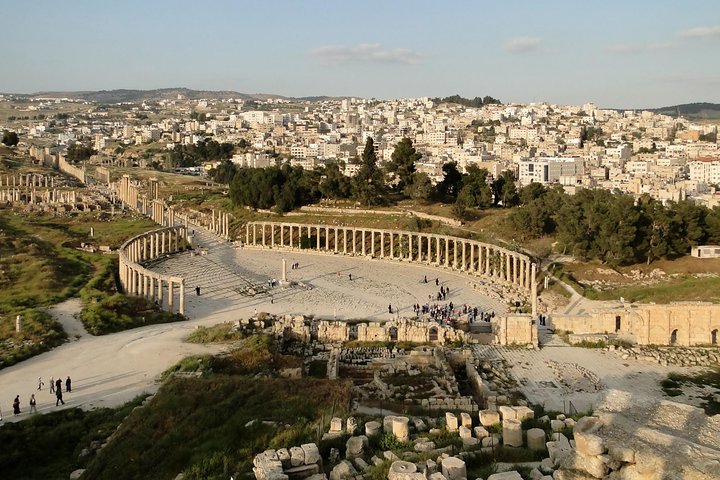 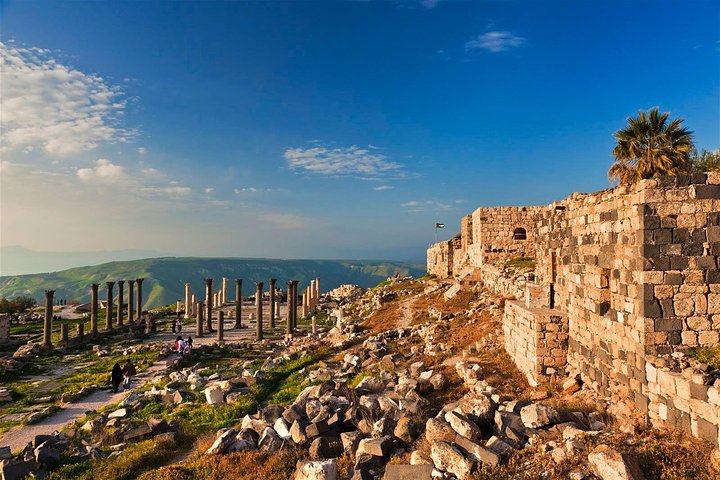 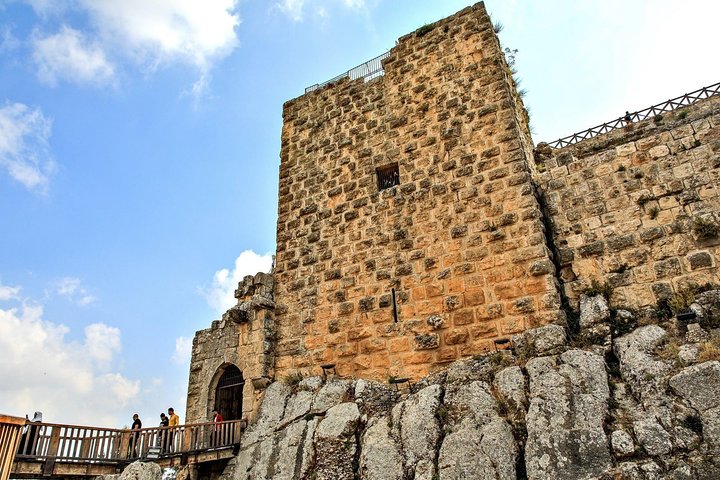 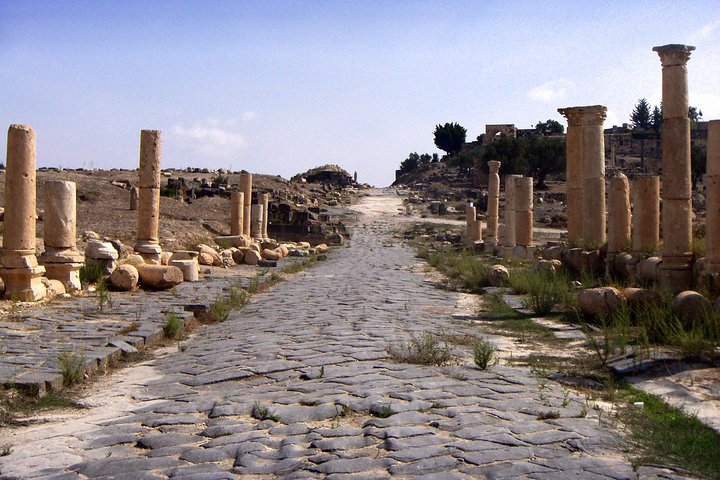 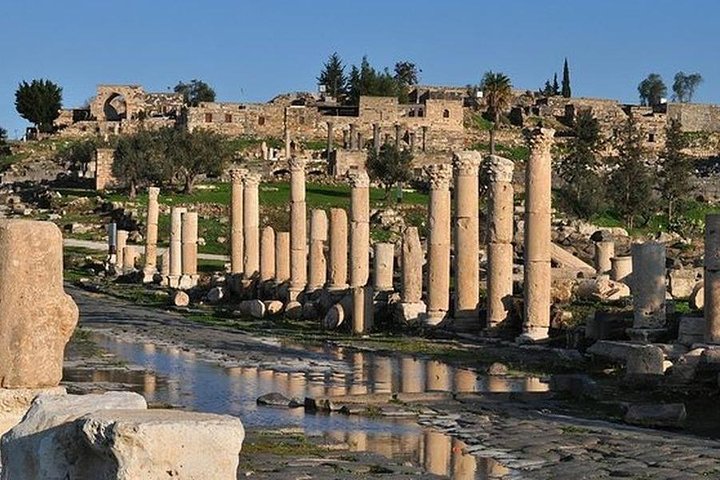 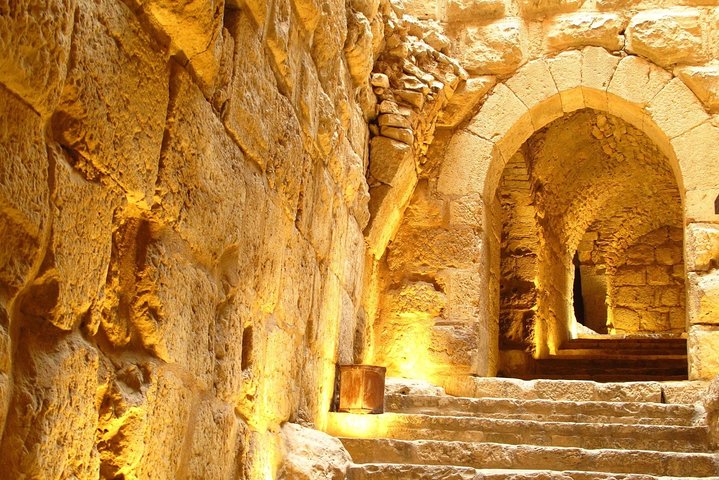 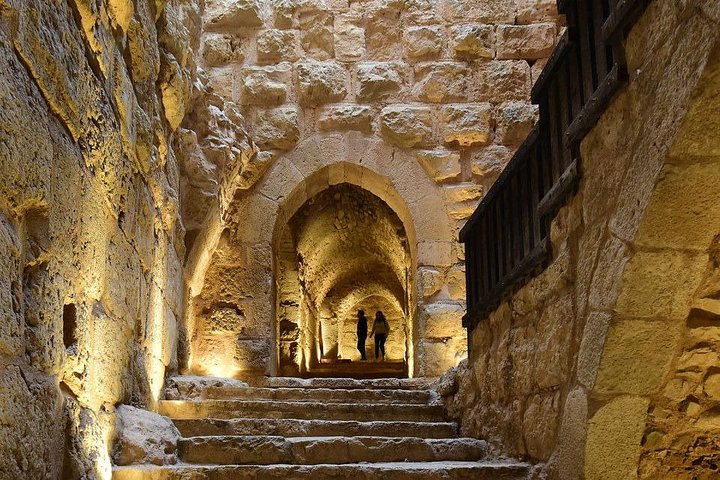 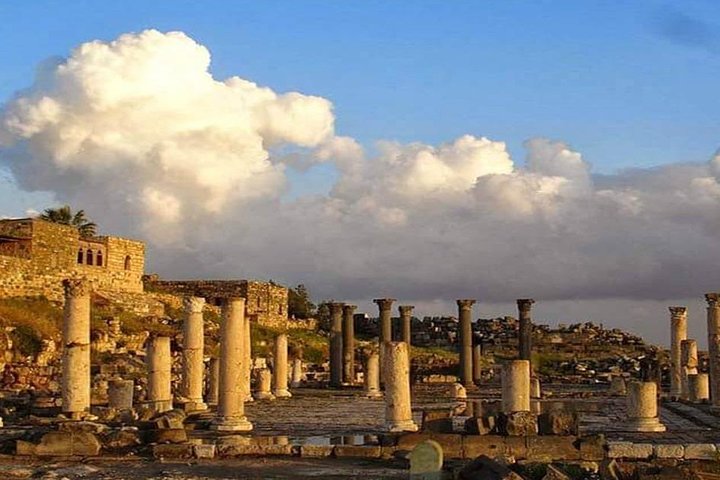 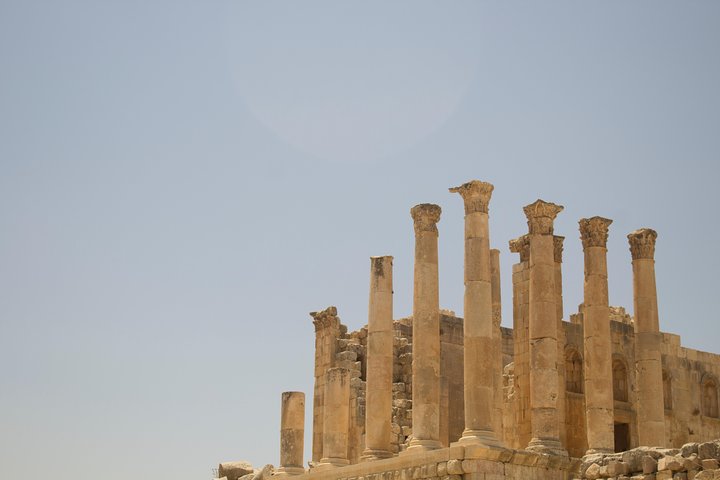 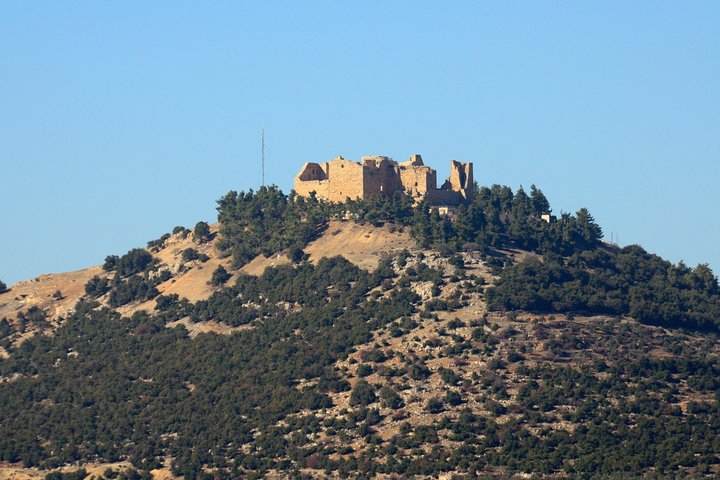 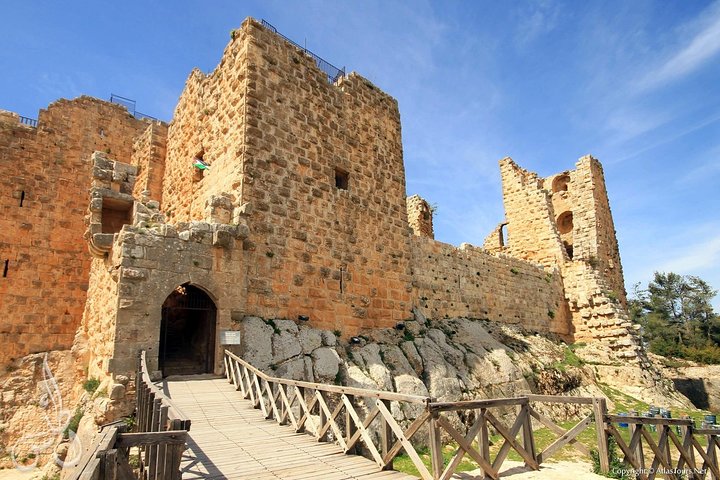 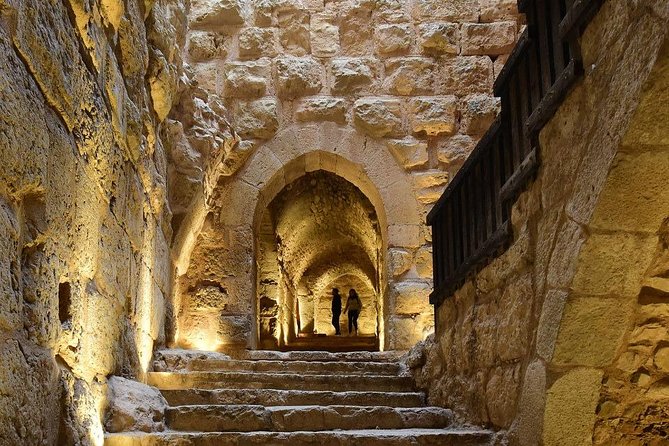 Explore some of Northern Jordan’s historical and ancient treasures and ruins on this private day tour to Jerash, Ajloun and Umm Qais.

Head towards Jerash; one of Jordan’s most important Roman Sites. The area’s high point was during the Roman rule (in 63 BC), and it has been inhabited for more than 6500 years. Admire temples, theaters, colonnaded plazas as well as an amphitheater, and discover settlements dating back to the Bronze and Iron ages.

Proceed to Umm Qais, which was previously known as Gadara; mostly known for the famous miracle f the Gadarene swine. It was also a home and cultural center to many poets and philosophers. Discover this ancient city, its colonnaded streets, terraces and ruins.

Explore some of Jordan’s historical treasures on this full-day private tour to Jerash, Ajloun and Umm Qais from Amman.

Head towards Jerash and delve into its rich history as you explore its colonnaded streets, hilltop temples, amphitheater, public squares, plazas and temples. Jerash is one of the best preserved classical sites; a rich and prosperous Greek and Roman city. It was founded by Alexander the Great around 331 BC, it later became on of the great Decapolis cities of the east. It is also Bronze settlement where you can find the Temple of Artemis, the Forum, the oval plaza, as well as Hadrian’s Arch. Learn about the city and how it rose with a Greek federation, and then lived through the Muslim and Christian rule, which eventually fell during the Crusades.

Proceed to Ajloun and visit the Ajloun Castle; a 12th Century fortress built by the forces of Saladin against the Crusaders. It was built to dominate the 3 major passages into northwest Jordan. This hilltop edifice is a striking example of medieval Arab-Islamic military architecture. The structures, towers, chambers, galleries and staircases that form part of the town as well as the beautiful scenery that surrounds the hills nearby will captivate you for sure. Climb into the tower and look around to take in the historical atmosphere and delve into the picturesque views of the Jordan Valley to the Dead Sea.

Later on, drive towards Umm Qais; one of the most stunning Greco-Roman cities. Learn about the ruins of the Decapolis city of Gadara, now known as Umm Qais. This place is stunning due to the contrast and juxtaposition of the Roman Ruins with the abandoned Ottoman-era village. Take in the breathtaking views at an extraordinary vantage point, with views of 3 countries; Jordan, Syria and the Israel and Palestinian Territories. According to the Bible, it is site of the famous miracle of the Gadarene swine; when Jesus casted down the demons out of 2 men into a herd of pigs.

Finally, reconvene with your driver and return to Amman, where your tour ends with a drop-off at any central location of your choosing.