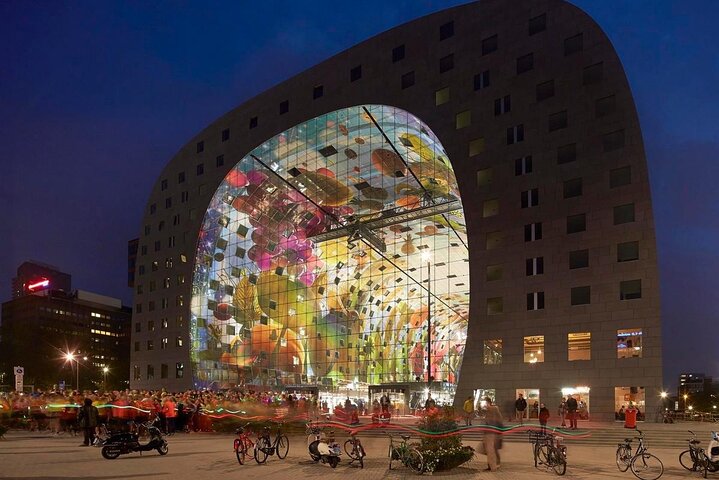 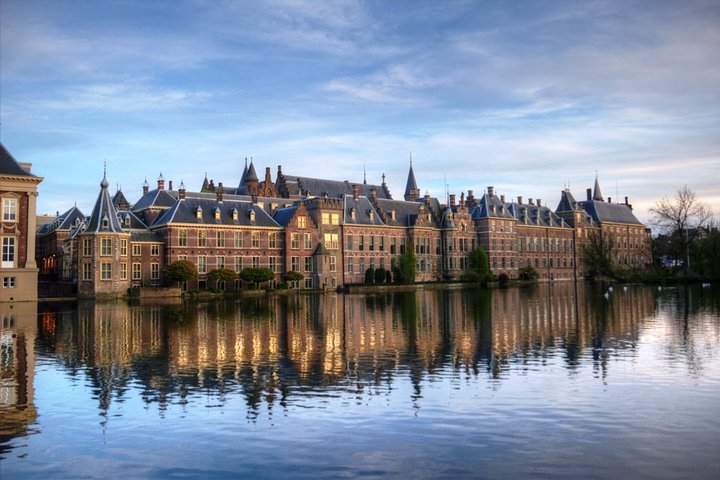 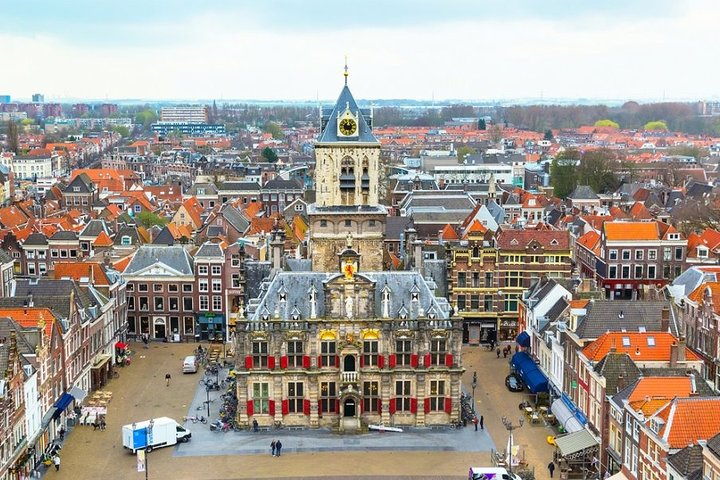 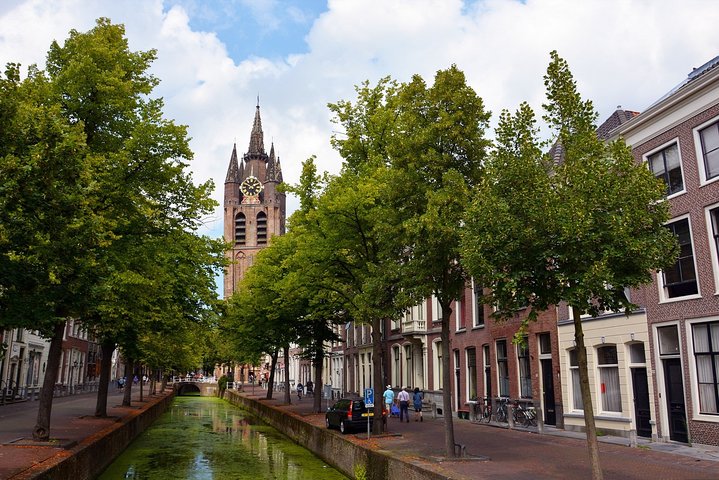 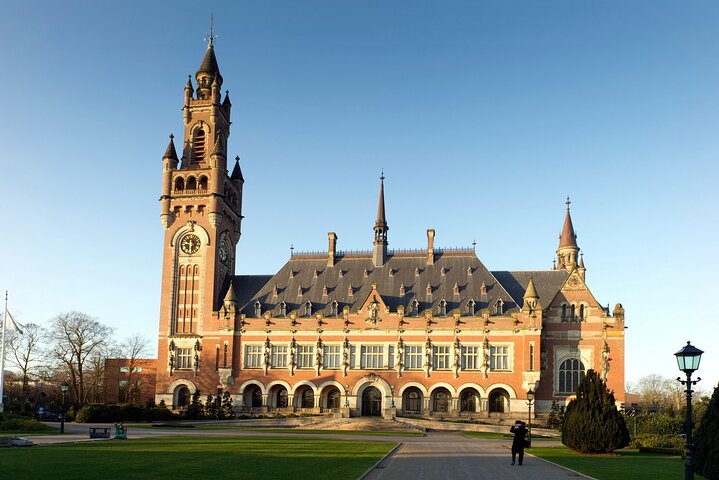 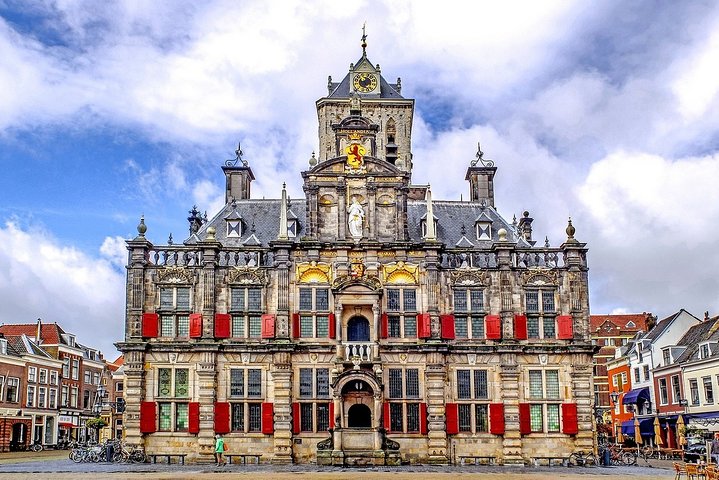 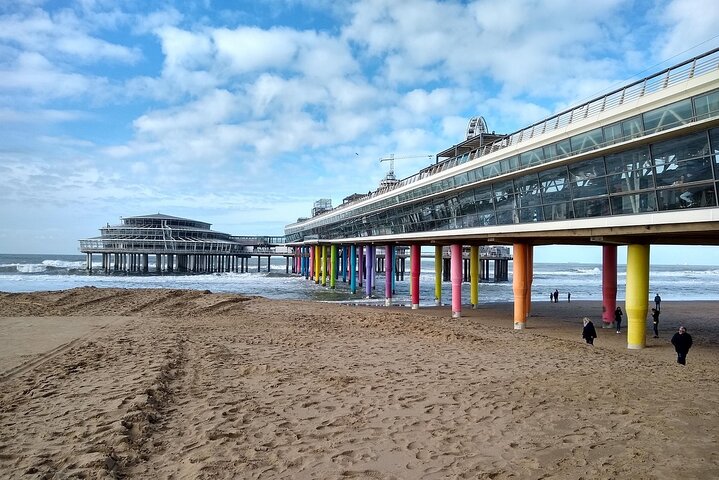 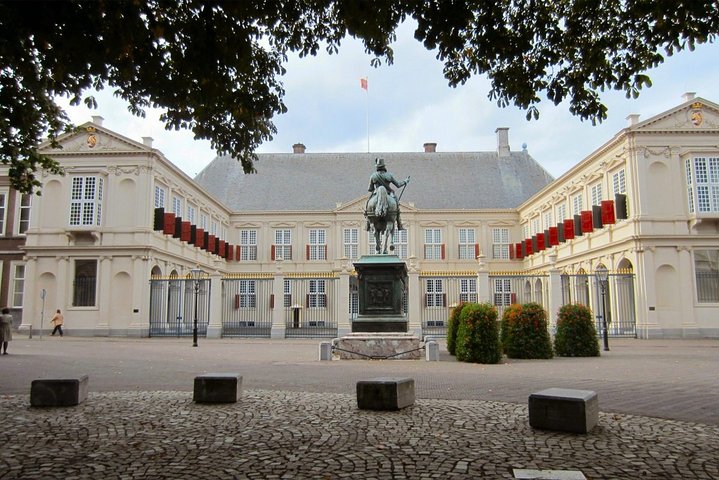 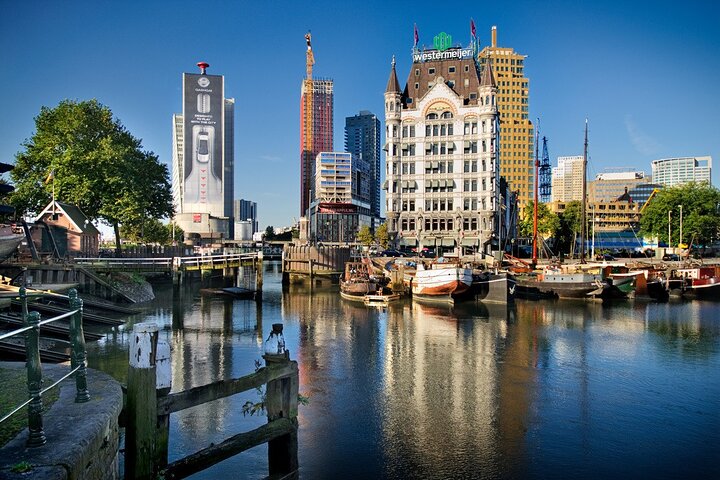 South Holland in one day: Rotterdam, The Hague and Delft cities private tour

Explore what South Holland has to offer on this full-day trip from Rotterdam. Start with a private tour of Rotterdam on a Harbour boat cruise and admire views of famous Rotterdam sites and its skyline. Drive to Delft old town and relive its glorious past as you wander along canals and churches. Then we will show you The Hague, where you will see the city center and the Binnenhof - the world’s oldest House of Parliament.

Your guide will pick you up from Cruise Port Terminal or hotel in Rotterdam.
You will have a short sightseeing tour of Rotterdam with visiting Markthal and Harbour boat cruise.
You’ll find an indoor market hall in various world-class cities, but the combination with luxury housing makes Rotterdam’s Markthal the first of its kind. The apartments are arched over the food market in a horseshoe configuration. The main hall houses the market itself, as well as shops and various restaurants, with a supermarket and a four-storey car park situated below. As you wander amongst the market stands, look up to enjoy the massive artwork sprawled across the ceiling: the ‘Horn of Plenty’ by Arno Coenen and Iris Roskam.

The Cube Houses (Piet Blom, 1978-1984) are part of the Blaakse Bos (Blaakse Wood) development which borders on the Laurenskwartier district and the Waterfront area. The architect wanted to design a kind of village within the city and saw the houses as trees and the whole area as a wood. The Cube Houses are tipped to one side as it were, making three sides face the ground and three face the sky. Don't forget to visit the Kijk-Kubus (Show-Cube) to experience what life is like in a Cube House.

De Rotterdam is a building on the Wilhelminapier in Rotterdam, designed by the Office for Metropolitan Architecture in 1998. The complex is located between the KPN Tower and Rotterdam Cruise Terminal and was finalized at the end of 2013.

The 800-metre long Erasmus Bridge (Ben van Berkel, 1996) spans the Nieuwe Maas River and links the northern and southern parts of Rotterdam. The bridge is part of the redevelopment of an old port area and was specifically designed to be an iconic structure to give the area a strong presence. The suspension bridge has a 139-metre high steel pylon which is secured with 40 cables. The shape of the pylon gave the bridge its nickname: The Swan.

The Euromast observation tower was built to mark the Floriade gardening extravaganza in 1960. The tower, made from reinforced concrete, has an inner diameter of 9 metres with walls that are 30 cm thick. Its floor hangs 96 metres above the ground. The Euromast lift takes just 30 seconds to whisk visitors to a height of 100 metres, where there is an observation deck and brasserie restaurant. The Euroscope revolving lift takes people up to 185 metres. Euromast is Europe’s only attraction from which you can abseil to the ground. Of course, this only takes place under the guidance of a professional.

Pass By: Grote of Sint-Laurenskerk, Grotekerkplein 27, 3011 GC Rotterdam The Netherlands

The ‘St. Laurenskerk’ or Great Church of Rotterdam is the only remaining medieval structure in Rotterdam. During the bombings of 1940, the church was severely damaged. In 1952, the people of Rotterdam decided to restore the church to its former grandeur.

Pass By: Delfshaven, Rotterdam The Netherlands

This picturesque yacht marina is one of the few parts of the old city that survived the 1940 bombardment of Rotterdam. It has a remarkable history, both as the departure point from which the Pilgrim Fathers sailed for America and as the birthplace of prominent Dutch maritime hero Piet Hein. Delfshaven locals once earned their living by fishing for herring and distilling gin. The historic canal houses now hold cosy shops selling antiques and bric-a-brac, as well as lovely cafés and restaurants like brewery De Pelgrim and café De Oude Sluis (with waterside patio dining).

Rotterdam Central Station is one of the most iconic architectural sites in Rotterdam. The roof over the tracks is covered in solar panels and the striking hall roof points towards the city centre. A number of historic elements from the former station building (1957) by Sybold van Ravesteyn have been re-used, like the original clock in the front façade and the letters spelling out ‘Centraal Station’. In the main hall you can find several shops, information about public transport and the Rotterdam Tourist Information.

The ultimate arts and culture street in Rotterdam is known for its artistic, multicultural and lively character. Referred to as the city’s ‘Axis of Art’, it runs from the Maritime Museum to the Museumpark and is lined with galleries, avant-garde fashion boutiques, restaurants, and (art) cafés.

After you will drive to 1000-year-old Delft where you will visit the factory of Delft Blue Pottery “De Porceleyne Fles” established in 1653.
Founded in 1635, De Porceleyne Fles (The Porcelain Jar) is the Netherland's most famous delft factory. Most visits to the city of Delft include a factory tour of this great company. Of the dozens of original 17th century Dutch pottery makers, only De Porceleyne Fles remains in operation. Collectors know that delftware produced by De Porceleyne Fles, (also known as Royal Delft,) is recognized to be the standard against which all delftware is judged.

Stop At: Markt, Delft The Netherlands

Walk around the old central square and visit two medieval churches with Market Square and Town Hall. See the city where the famous painter Johannes Vermeer was born, lived, and created.
Then there will be time for lunch.

The next stop will be in the former capital of The Netherlands, The Hague. Here we can take a walk around the Parliament buildings called Binnenhof, Royal Palace.

Stop At: Peace Palace, Carnegieplein 2, 2517 KJ, The Hague The Netherlands

The International Court of Justice, sometimes called the World Court, is one of the six principal organs of the United Nations. It settles disputes between states and gives advisory opinions on international legal issues referred to it by the UN. Its opinions and rulings serve as sources of international law.

In the end a brief visit to the former fisherman village of Scheveningen.
Scheveningen is one of the eight districts of The Hague, Netherlands, as well as a subdistrict of that city. Scheveningen is a modern seaside resort with a long, sandy beach, an esplanade, a pier, and a lighthouse. The beach is popular for water sports such as windsurfing and kiteboarding.

Stop At: Madurodam, George Maduroplein 1, 2584 RZ, The Hague The Netherlands

Madurodam is a miniature park and tourist attraction in the Scheveningen district of The Hague in the Netherlands. It is home to a range of 1:25 scale model replicas of famous Dutch landmarks, historical cities and large developments. The park was opened in 1952 and has since been visited by tens of millions of visitors. The entirety of net proceeds from the park goes towards various charities in the Netherlands. In 2012, Madurodam celebrated its 60th anniversary.