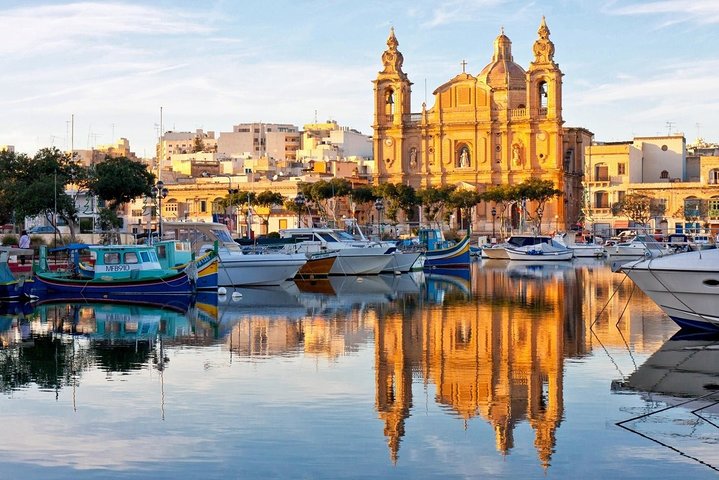 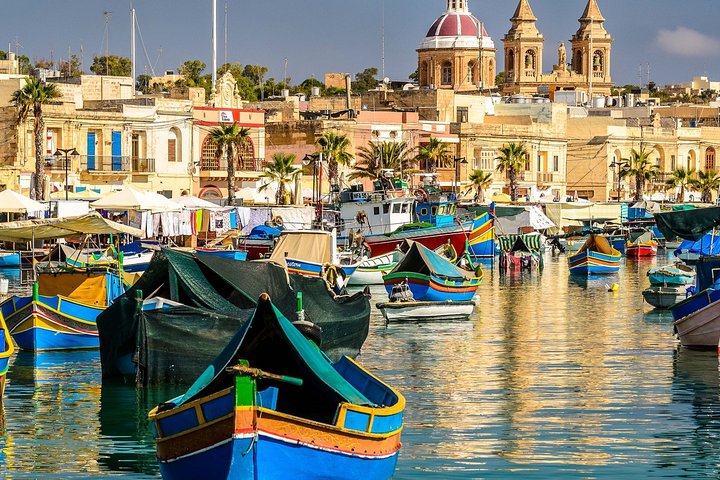 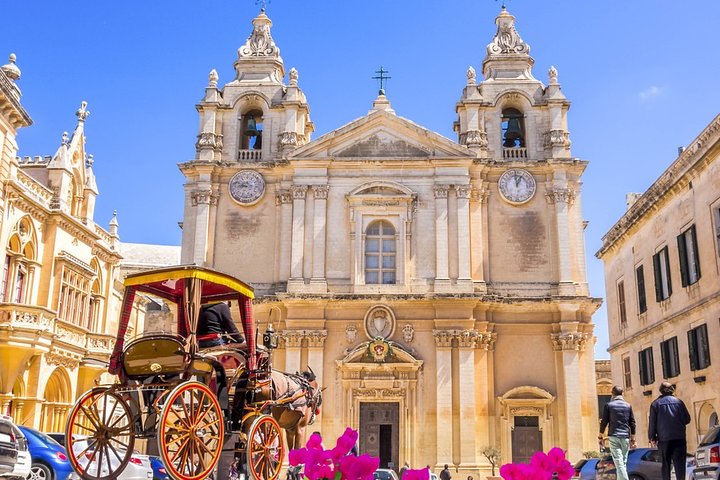 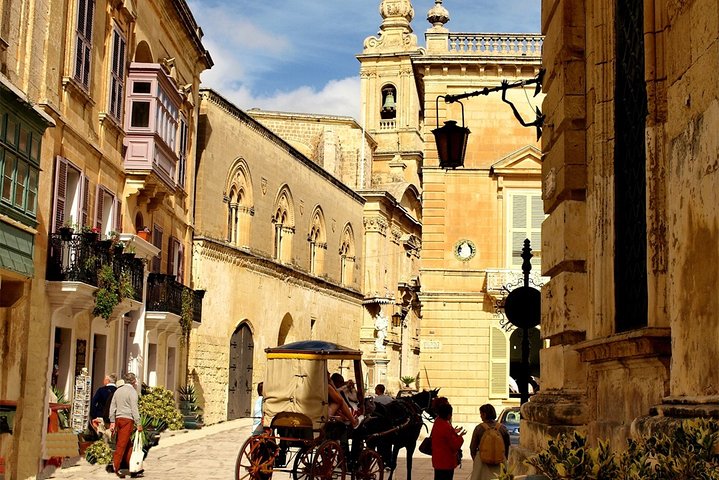 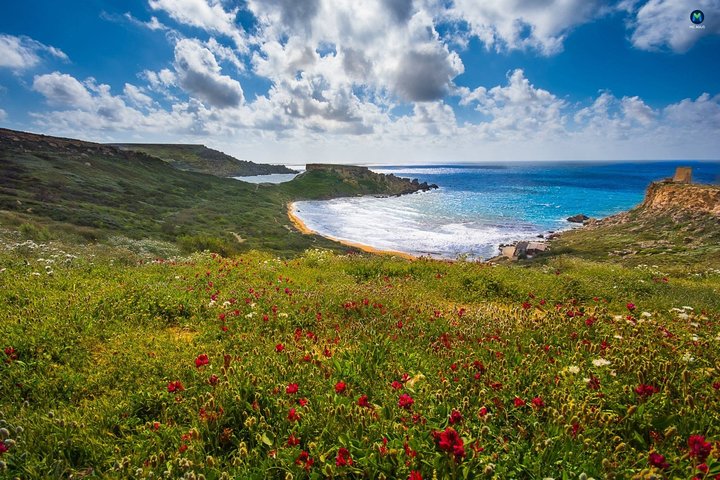 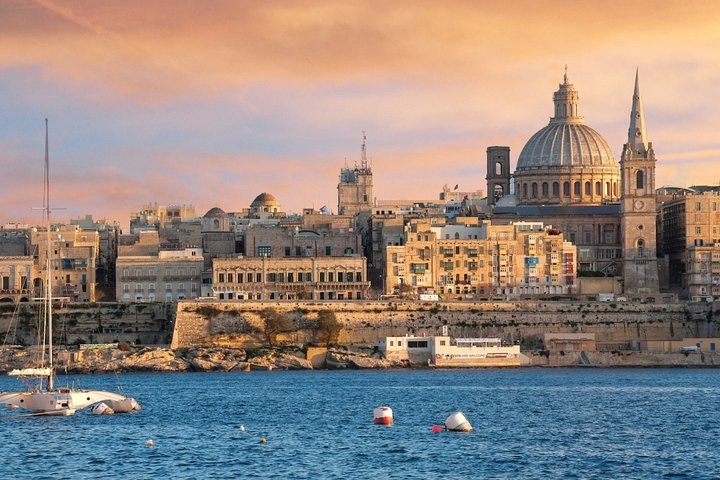 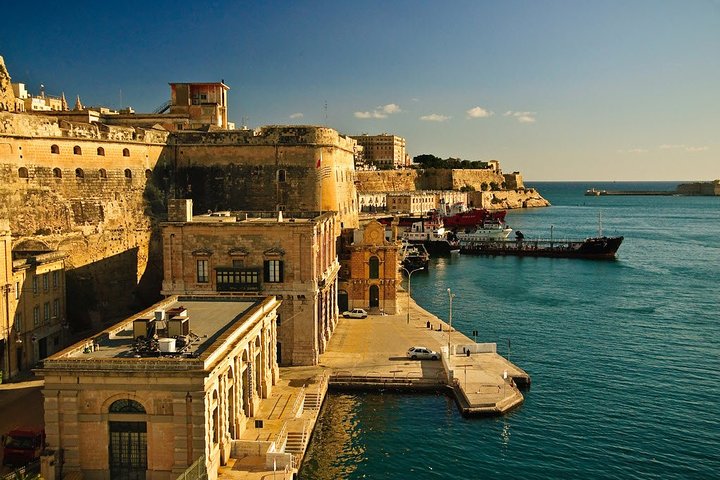 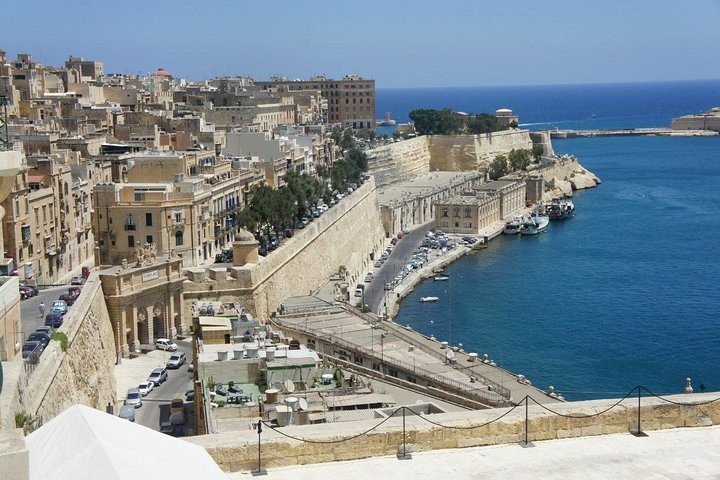 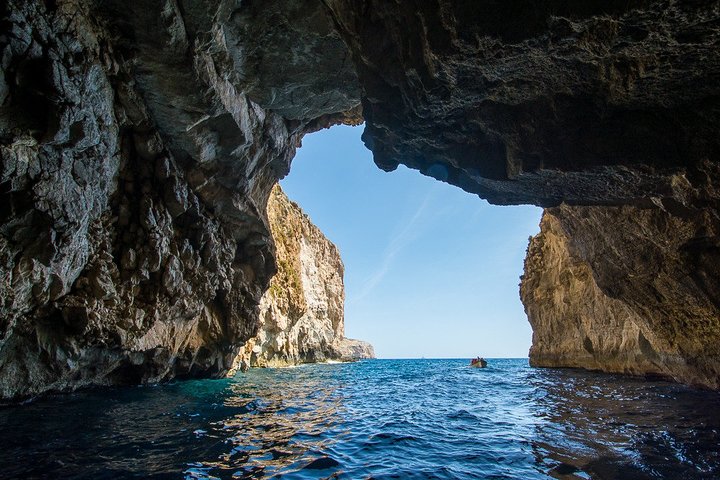 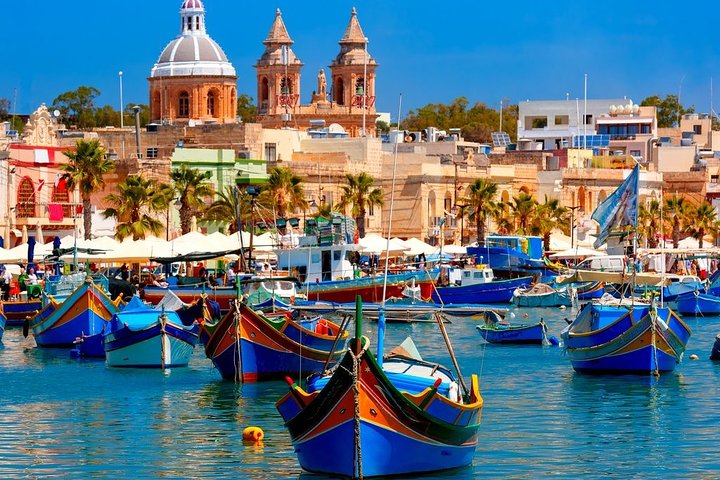 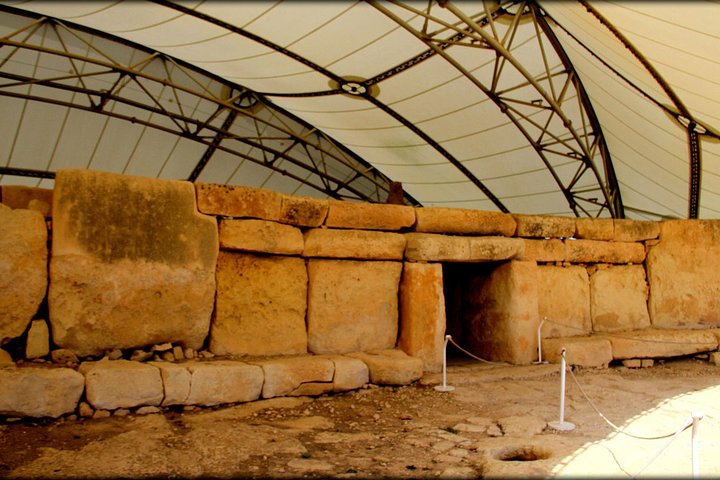 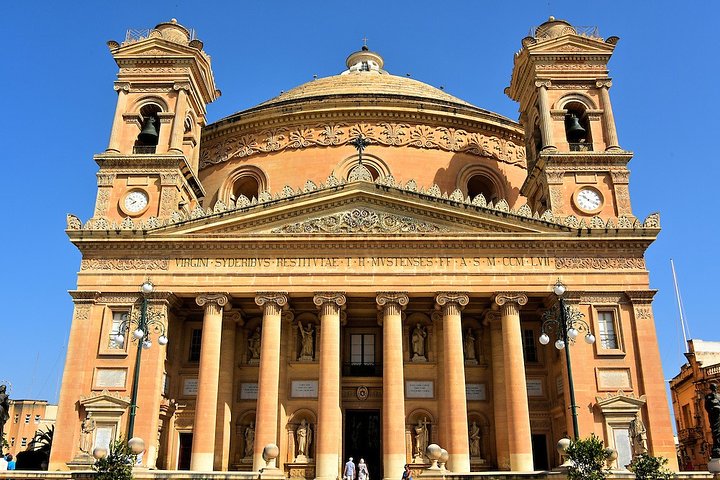 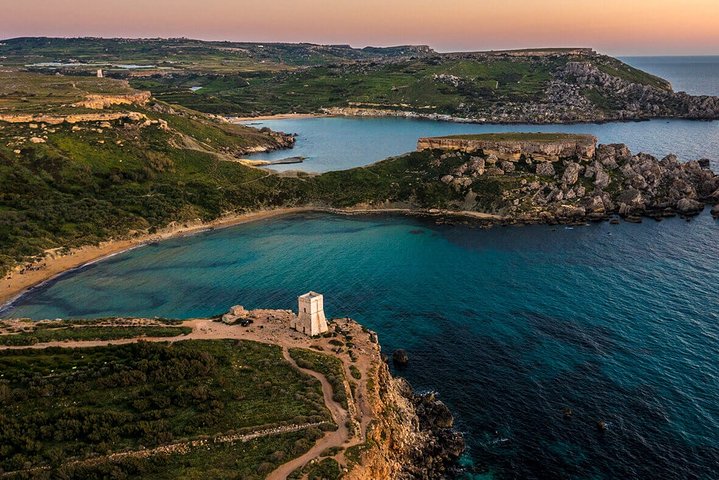 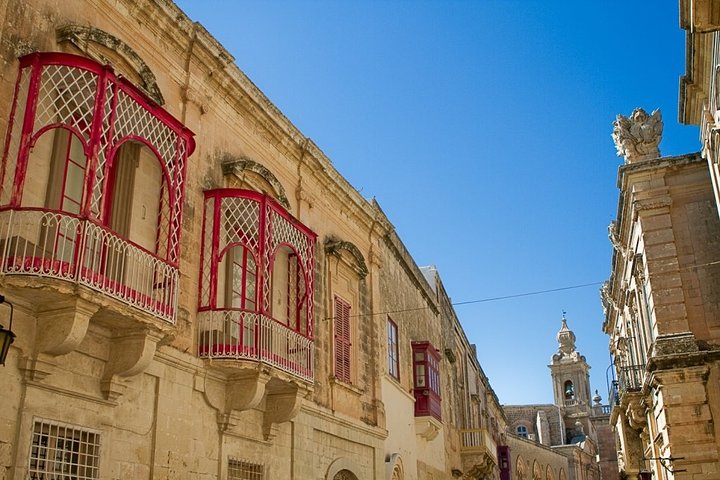 The very best of Malta in one day

After the guide will pick up at convenient for you place you will begin with exploration of the World UNESCO Heritage site of Valletta, The stunning Three Cities, to the colourful fishing boats of Marsaxlokk.
After that, you will have time to have lunch and to try traditional Lampuki Pie (fish pie), Rabbit Stew, Bragioli (beef olives), Kapunata, (Maltese version of ratatouille), and widow’s soup, which includes a small round of Gbejniet (sheep or goat’s cheese).
After lunch and a little rest, you will have an option to go on a boat ride at the Blue Grotto.
After that your guide will take you to see Hagar Qim Temple. A stunning drive along the west coast of Malta before cutting inland for a walking tour of Mdina, the former capital of Malta. After the Silent City of Mdina, we will visit the Mosta Dome (Miracle Church) then lastly, a stop at Golden Bay. After that you will be taken to the place you are staying – or to any other place you prefer upon your request.

The Three Cities is a collective description of the three fortified cities of Birgu, Senglea, and Cospicua in Malta. The oldest of the Three Cities is Birgu, which has existed prior to the Middle Ages. The other two cities, Senglea and Cospicua, were both founded by the Order of Saint John in the 16th and 17th centuries. The Three Cities are enclosed by the Cottonera Lines, along with several other fortifications. The term Cottonera is synonymous with the Three Cities, although it is sometimes taken to also include the nearby town of Kalkara.

Marsaxlokk is a small, traditional fishing village in the South Eastern Region of Malta. It has a harbour and is a tourist attraction known for its views, fishermen, and history. As of March 2014, the village had a population of 3,534.

The Blue Grotto refers to a number of sea caverns on the south-east coast of Malta, a short distance off the fishermen's harbour of Wied iż-Żurrieq limits of Qrendi, Malta Wied iz-Zurrieq, the blue grotto and neighbouring caves, are all located within the Qrendi village confines, as per Local Council Act 1993 and a 1910 legal dispute between the villages of Qrendi and Zurrieq over their jurisdiction, ruled in favour of Qrendi.

Hagar Qim is a megalithic temple complex found on the Mediterranean island of Malta, dating from the Ġgantija phase. The Megalithic Temples of Malta are among the most ancient religious sites on Earth, described by the World Heritage Sites committee as "unique architectural masterpieces."

Mosta is a small but densely populated city in the Northern Region of Malta. The most prominent building in Mosta is the Rotunda, a large basilica built by its parishioners' volunteer labour.

Golden Bay is a beautiful sandy beach set within a cliff face in North West Malta. Golden Bay is located along unspoiled and undeveloped countryside and the sand at Golden Bay is light cream colour with fine clean corns

Informacion Adicional
"Confirmation will be received at time of booking"
"Not wheelchair accessible"
"Near public transportation"
"Travelers should have a moderate physical fitness level"
"This is a private tour/activity. Only your group will participate"
"Face masks required for travelers in public areas"
"Face masks required for guides in public areas"
"Face masks provided for travelers"
"Hand sanitizer available to travelers and staff"
"Social distancing enforced throughout experience"
"Regularly sanitized high-traffic areas"
"Gear/equipment sanitized between use"
"Transportation vehicles regularly sanitized"
"Guides required to regularly wash hands"
"Regular temperature checks for staff"
"Paid stay-at-home policy for staff with symptoms"
"Contactless payments for gratuities and add-ons"