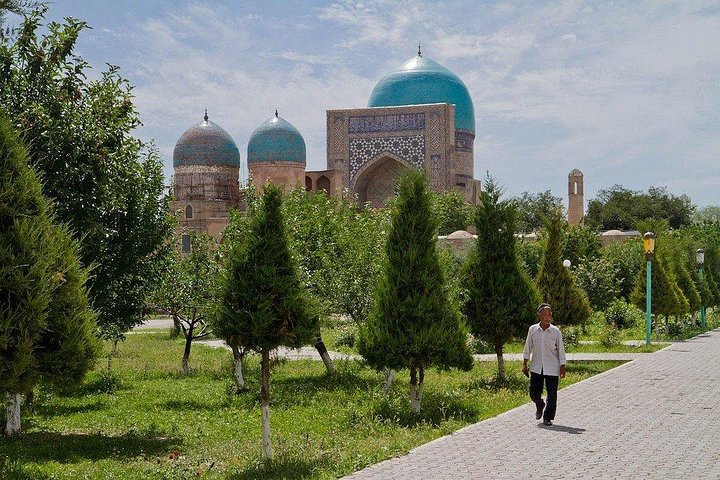 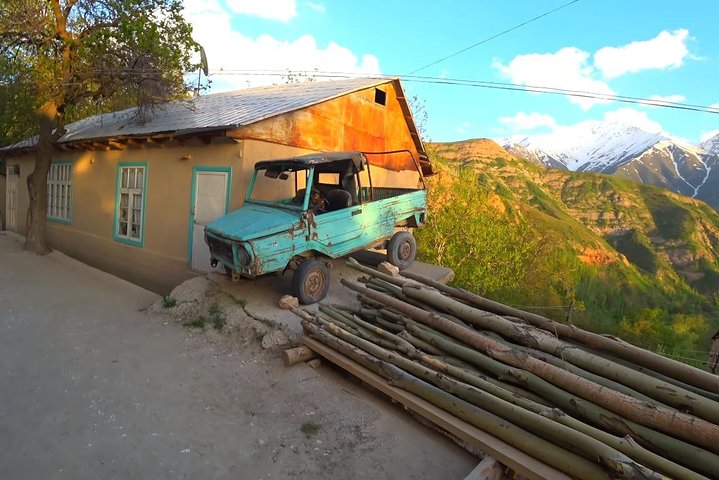 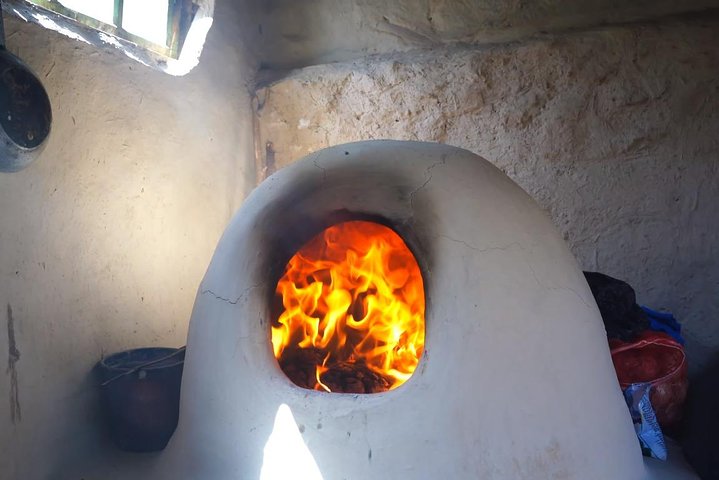 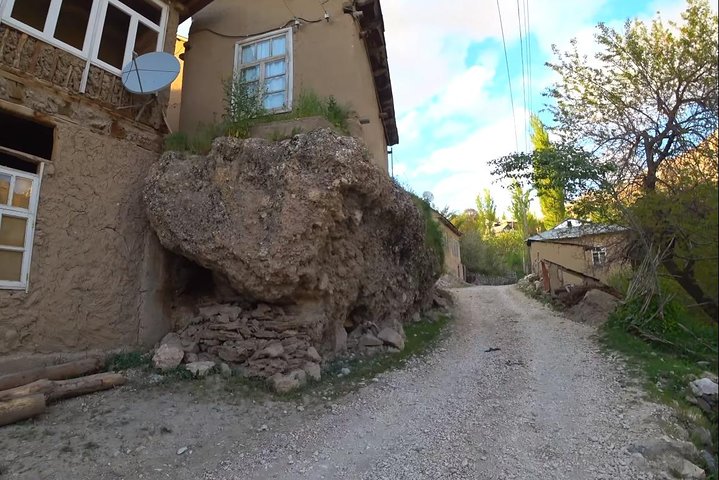 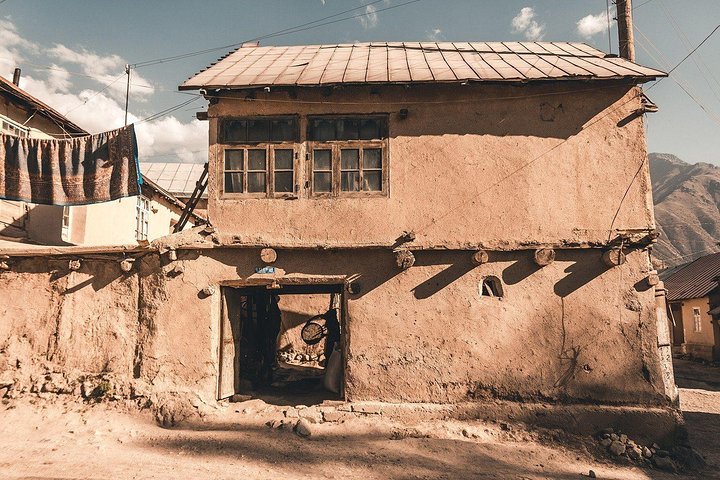 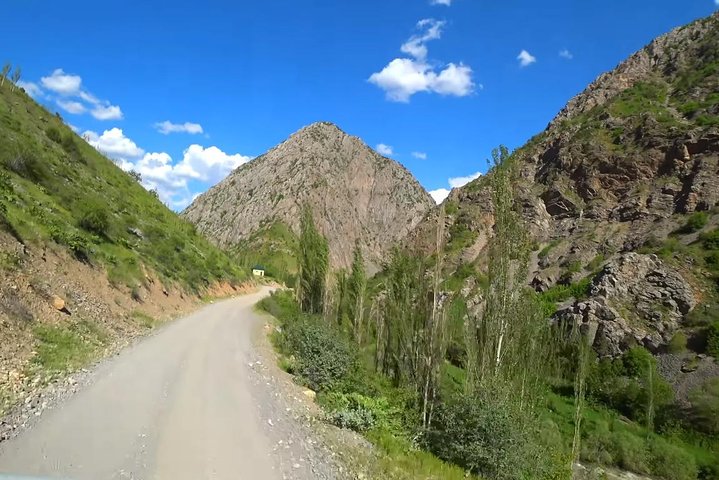 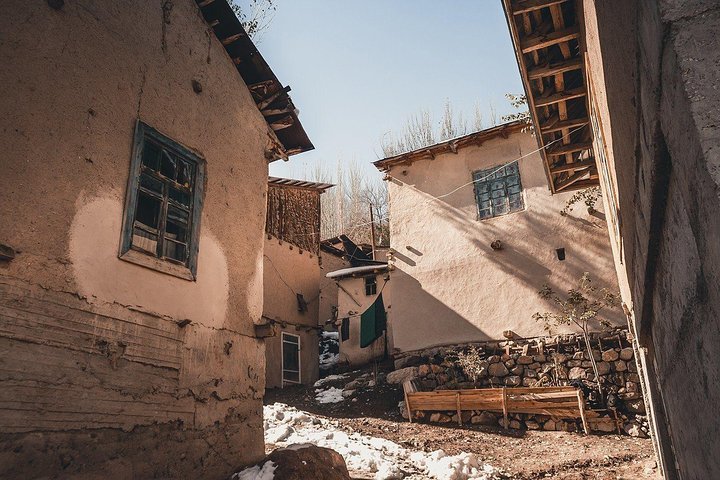 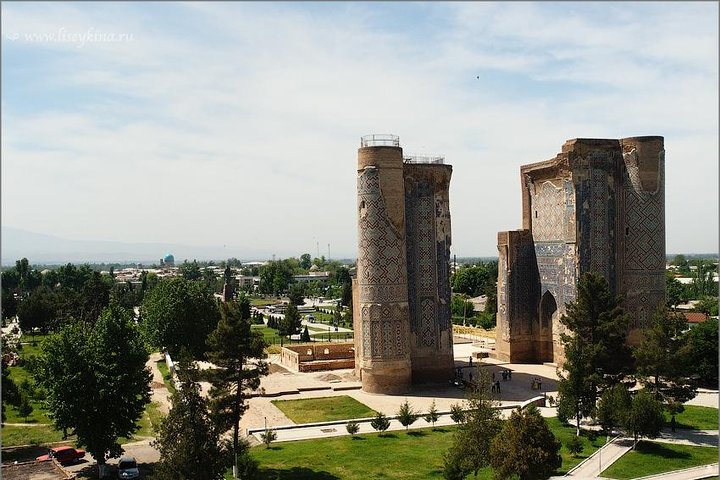 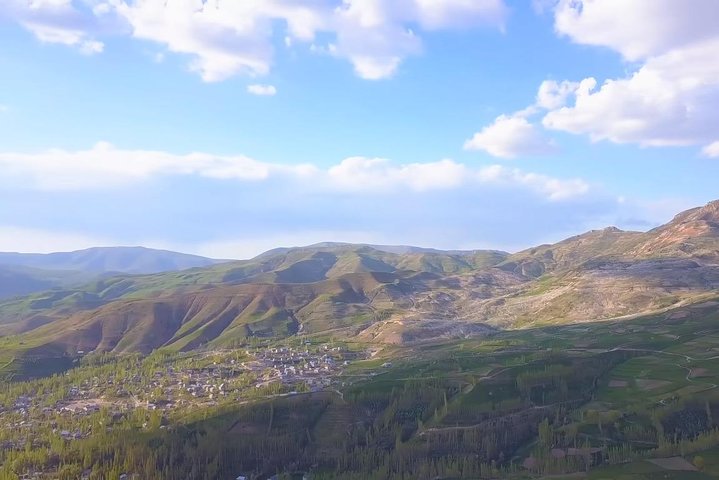 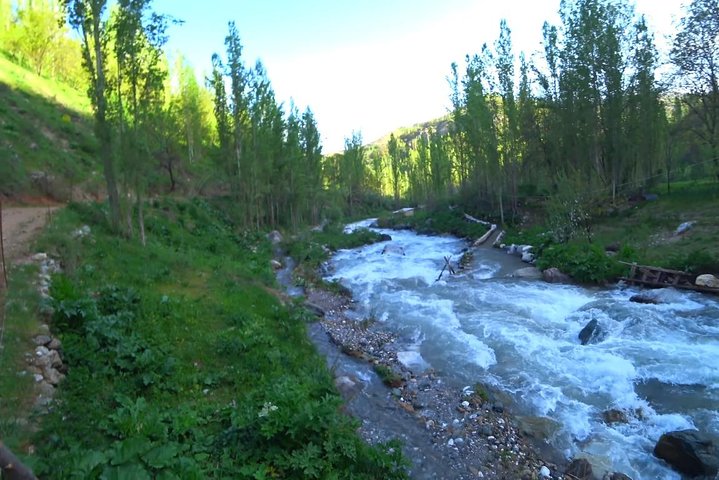 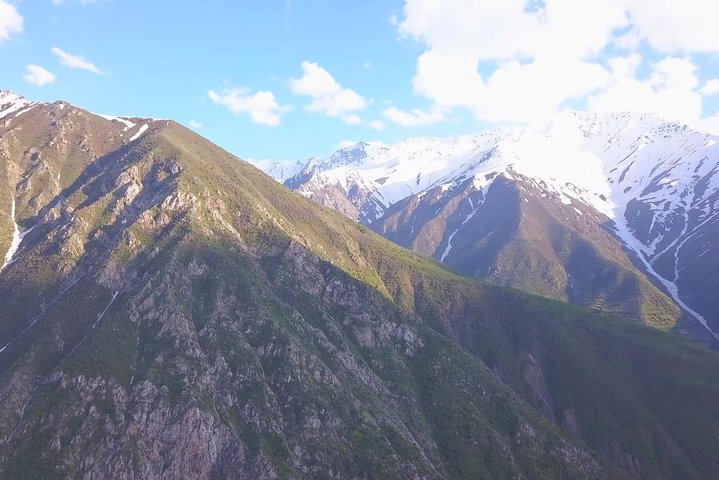 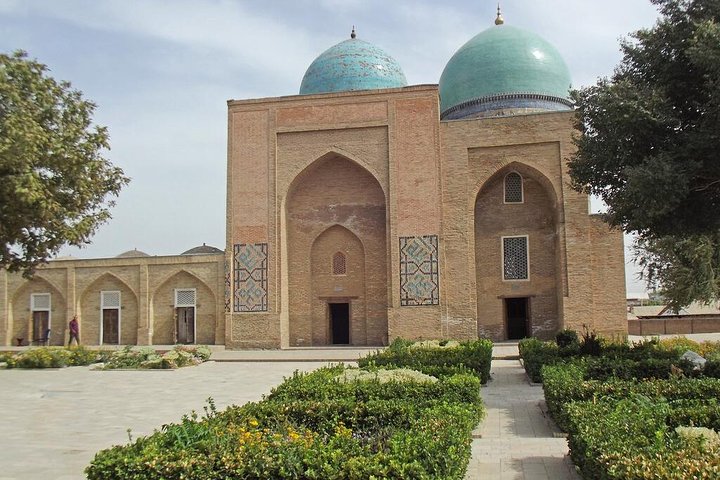 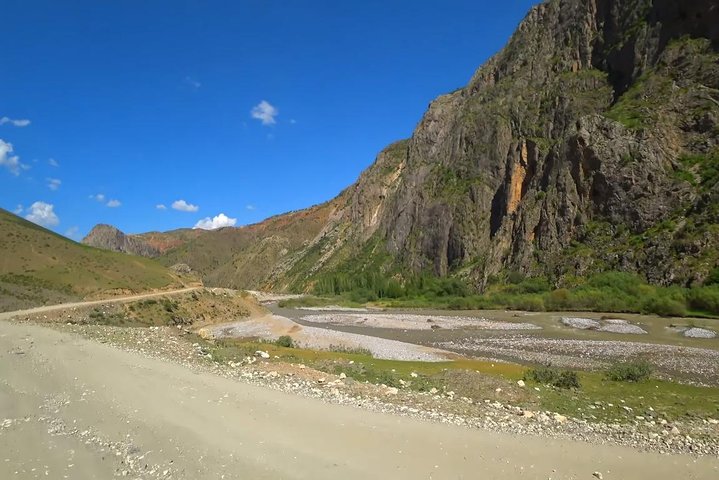 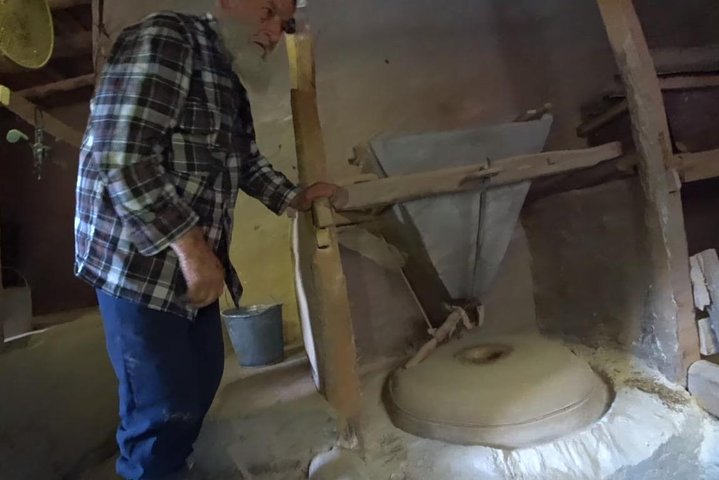 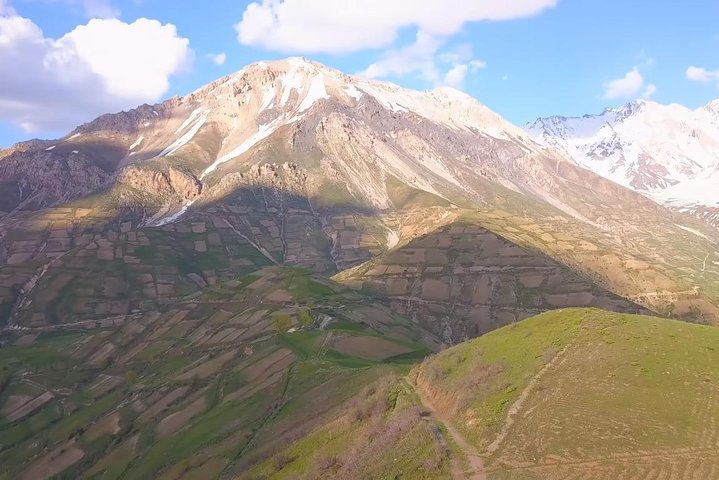 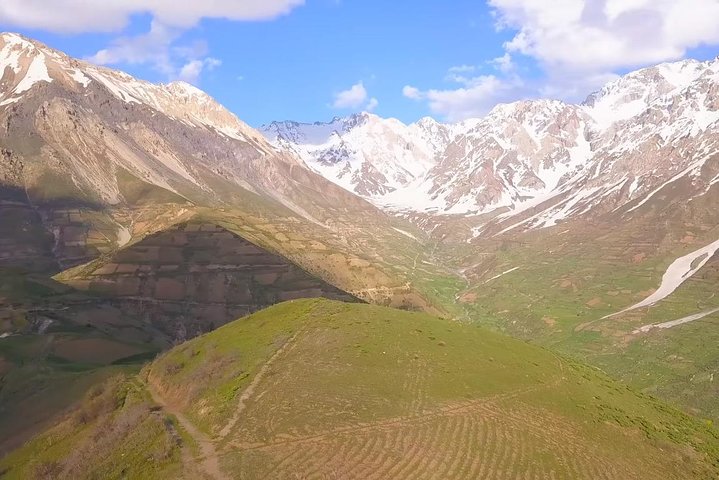 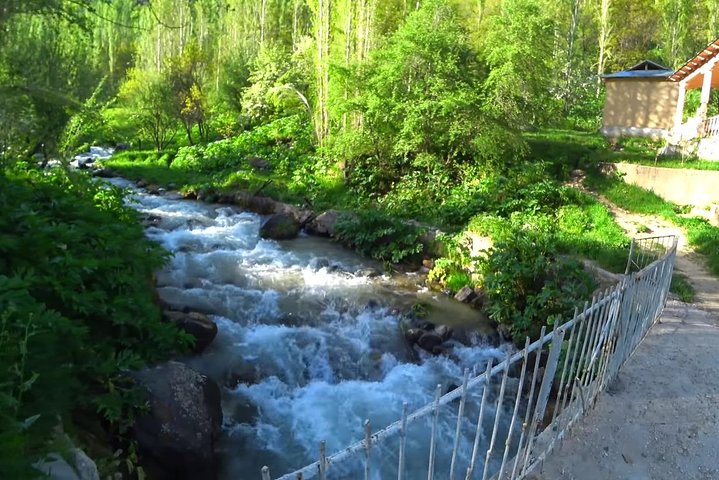 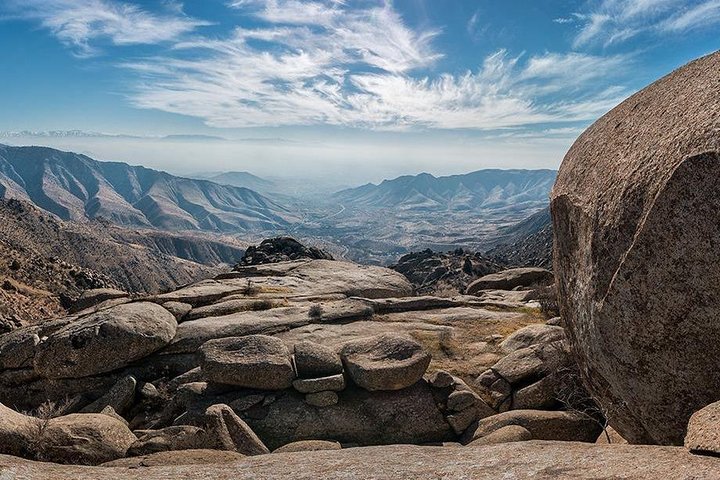 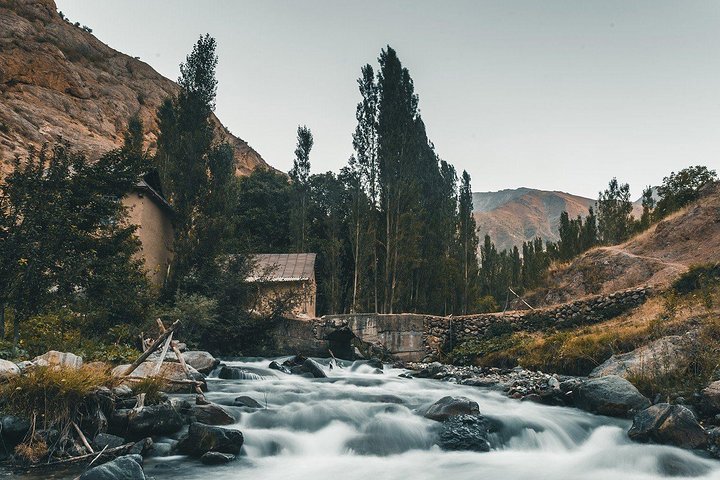 Gilan is the border of summer and winter
A place that is far from civilization
One of the most authentic places in Uzbekistan where total tourism has not yet reached.
A place where you can see a large number of retro cars of the USSR.
where you can see the watermill.
A place where people still drink mountain water from street ditches - because everything is clean and spotless
All the squares on the mountains that you see in the photo are potato fields

Stop At: Tahtakaracha Pass, Shahrisabz Uzbekistan
We will make a trip to Gilan village (from Samarkand) which is one of the most Authentic places in Uzbekistan where total tourism has not yet reached. We pass the "Takhtakaracha pass" where we will see and make photos one of the most beautiful mountain landscapes of the region. Then begins the mountain passes that lead us to Gilan.
Duration: 4 hours

Pass By: Qashqadaryo Region, Uzbekistan
Our next stop is the village of Gilyan which is almost not displayed on maps. On the way to the village we make stops on the roads to take amazing photos.
Night in this vllage at the local house

Stop At: Qashqadaryo Region, Uzbekistan
After arriving we have time to walk around the village and get acquainted watermill and meet its owner an old man who is already over 65.
Duration: 2 hours

Stop At: Qashqadaryo Region, Uzbekistan
At the morning after breakfast we continue to walking through village to get acquainted with the local way of life.
A place where you can see a large number of retro cars of the USSR.
A place where people still drink mountain water from street ditches - because everything is clean and spotless.
Duration: 2 hours

Pass By: Shahrisabz, Uzbekistan
Shakhrisabz - on the way to Samarkand, we will make a trip to one of the oldest regions of Uzbekistan. Which means "Green City", the hometown of the great Tamerlane.

Stop At: The Palace Complex of Ak-Saray, Shahrisabz Uzbekistan
White castle - the only surviving Palace of Timur himself which was built by thousands of masters from different parts of the Empire for more than 20 years. From bottom to top completely covered with mosaic.
Duration: 30 minutes

Stop At: Dorut Tilovat, Ipak Yoli, Shahrisabz Uzbekistan
The place where there are a mausoleum of the great Timur's mentor his father and the prophet's heirs, and also a mosque built in the XV th century.
Duration: 30 minutes

Stop At: Dorus Saodat complex, Shahrisabz, Uzbekistan
The mausoleum where is buried favorite, the eldest son of Timur and heir to the throne of the Empire.
Duration: 30 minutes

Stop At: Crypt of Tamerlan, Shahrisabz Uzbekistan
The place where Timur himself also should have been buried, but sudden death forced the heirs to be buried in Samarkand, but Timur prepared a crypt for himself that has still been preserved but without burial.
Duration: 20 minutes

Duración: 2 Days
Lugar de comienzo: Traveler pickup is offered
We will pick you up from the airport/railway station (after 07:00) or accommodation and drop you off back to your accommodation or airport. Tourists can specify their location according to the 4 kilometer radius of the city.