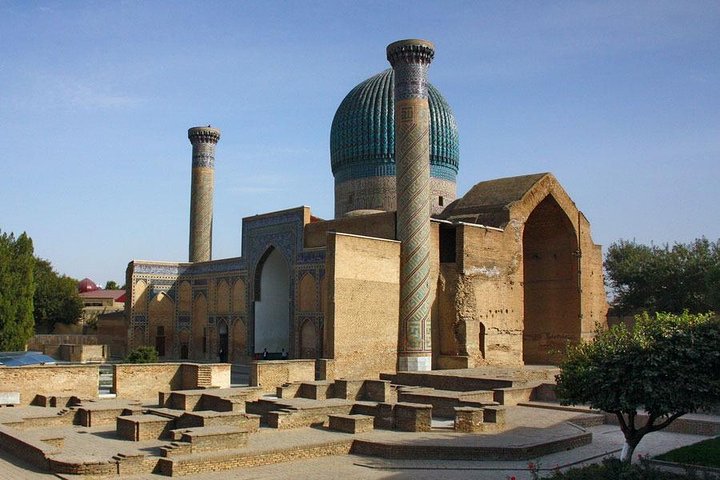 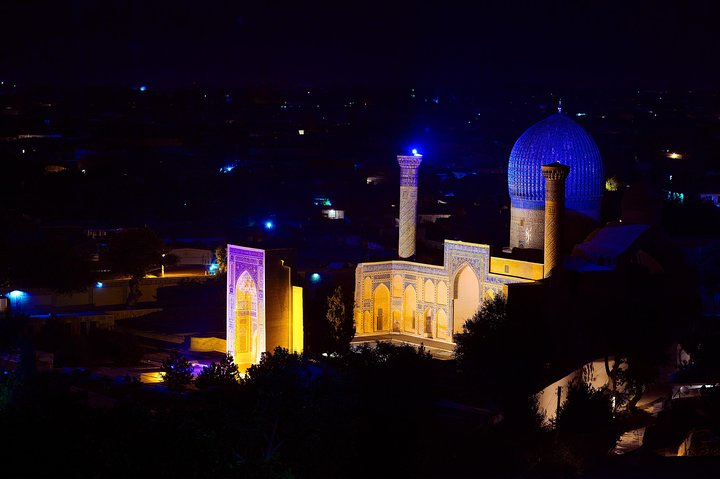 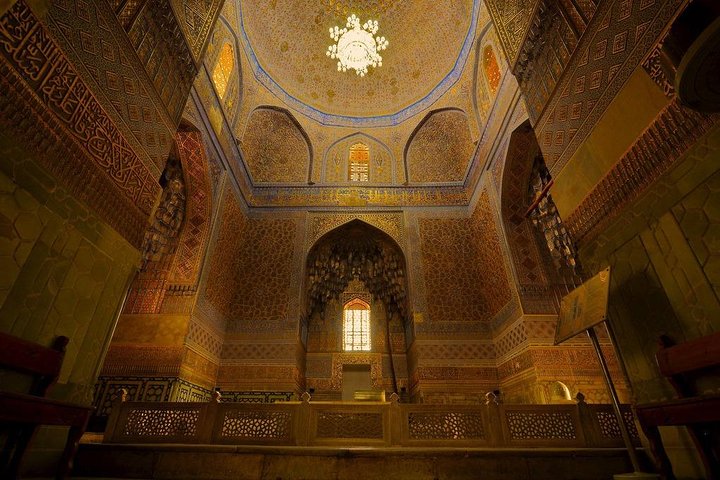 Here you will find wonderful historical monuments, as well as unique architectural decorations and information about the descendants of Timurids with a very long history.

Gur-e Amir is Persian for "Tomb of the King". This architectural complex with its azure dome contains the tombs of Tamerlane, his sons Shah Rukh and Miran Shah and grandsons Ulugh Beg and Muhammad Sultan. Also honoured with a place in the tomb is Timur's teacher Sayyid Baraka.
The earliest part of the complex was built at the end of the 14th century by the orders of Muhammad Sultan. Now only the foundations of the madrasah and khanaka, the entrance portal and a part of one of four minarets remains.The construction of the mausoleum itself began in 1403 after the sudden death of Muhammad Sultan, Tamerlane's heir apparent and his beloved grandson, for whom it was intended. Timur had built himself a smaller tomb in Shahrisabz near his Ak-Saray palace. However, when Timur died in 1405 on campaign on his military expedition to China, the passes to Shahrisabz were snowed in, so he was buried here instead. Ulugh Beg, another grandson of Tamerlane, completed the work.

Informacion Adicional
"Confirmation will be received at time of booking"
"Wheelchair accessible"
"Stroller accessible"
"Near public transportation"
"Surfaces are wheelchair accessible"
"No heart problems or other serious medical conditions"
"Most travelers can participate"
"This experience requires good weather. If it’s canceled due to poor weather, you’ll be offered a different date or a full refund"