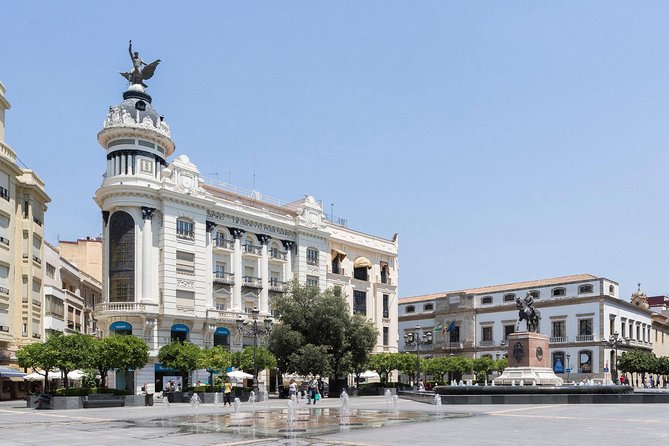 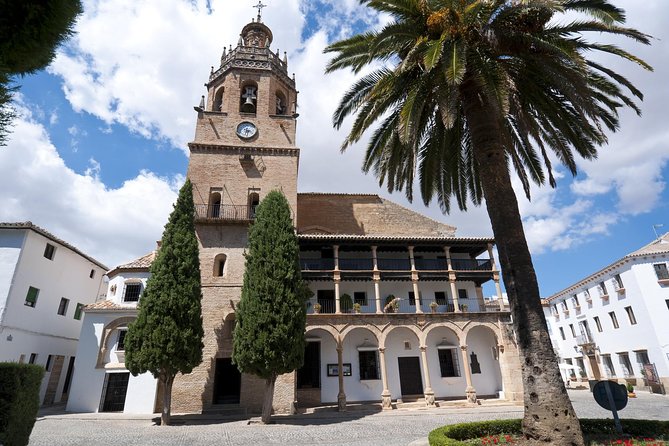 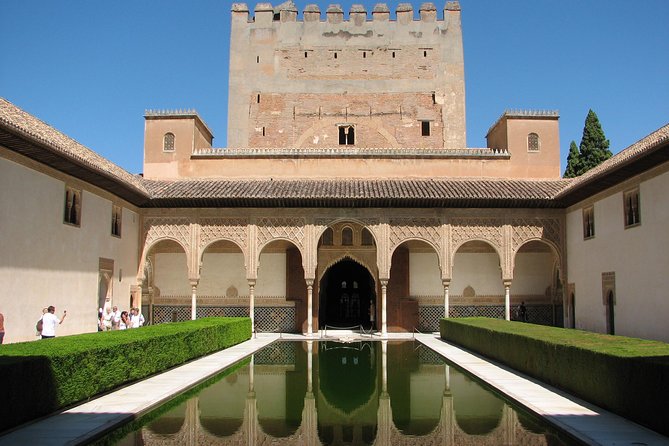 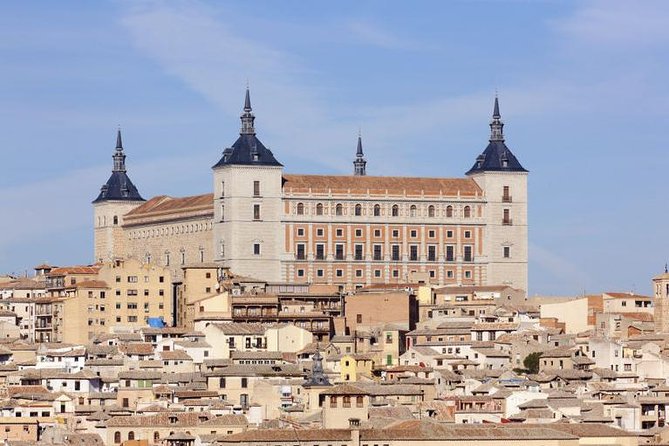 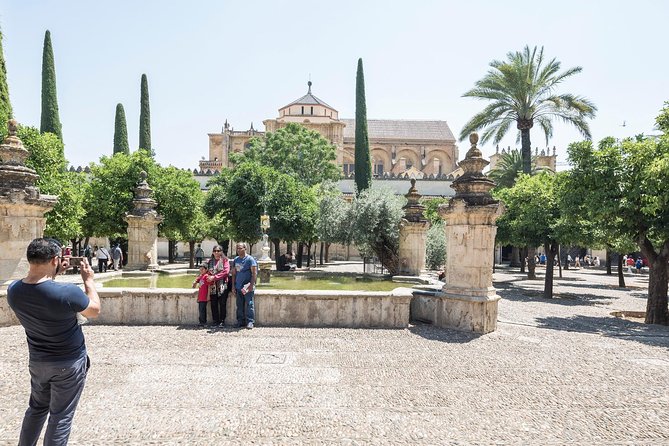 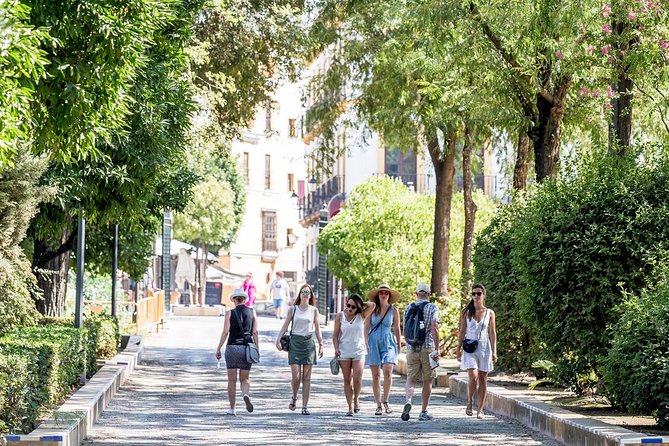 Take your time on a 5-day tour of Spain that guides you round Andalusia’s most famous cities: Seville, Cordoba, Toledo and Granada. Visit the birthplace of flamenco in Seville, see the home city of El Greco in Toledo and be amazed by the Moorish gardens of the Alhambra. You’ll also see Spain’s oldest bullring in Ronda on this five days in Spain itinerary, and soak up the beauty of Spain’s resort coast, the Costa del Sol. Highlighting the UNESCO World Heritage sites of Cordoba, Seville, Granada and Toledo, this tour takes you deep into the heart of Andalusia, Spain’s most colorful and distinctive region. Dinner and breakfast are included, and enjoy a choice of standard or superior hotel accommodation for all four nights.

Pass By: Castile-La Mancha, Castile-La Mancha
Depart from our established hotels in Madrid. Please refer to your documentation for detailed departure information. Drive along La Mancha, Don Quixote’s land. Brief stop at typical site in Puerto Lapice. Cross through the natural border of “Despeñaperros” and get into Andalusia, a region for itself that shows and enormous heritage from a splendorous past.

Stop At: Mezquita Cathedral de Cordoba, Calle del Cardenal Herrero 1, 14003 Cordoba Spain
Reach Cordoba. Impressive tour of its Mosque and other sites that will ease our mind and spirit strolling through its narrow winding streets of the Jewish Quarter. In the afternoon, after a short two hours ride reach Seville. Dinner and accommodation at the hotel.
Duration: 2 hours

Stop At: Barrio Santa Cruz, Seville Spain
Santa Cruz quarter a natural scenario of “Carmen” as well as a precisely where the myth of “Don Juan” developed.
Duration: 1 hour

Stop At: Costa del Sol, Costa del Sol, Province of Malaga, Andalucia
In the afternoon continue on to the Costa del Sol, one of the most modern and important international tourist areas. Dinner and accommodation at the hotel.
Duration: 2 hours

Stop At: Granada, Granada, Province of Granada, Andalucia
Breakfast. Departure towards the city of Granada and its incredible and amazing monumental environment, last stronghold of the Moorish Kingdoms up to 1492.
Duration: 2 hours

Stop At: The Alhambra, Calle Real de la Alhambra, s/n Palacio de Carlos V, 18009 Granada Spain
Visit the world famous Alhambra complex and Generalife Gardens that have inspired several authors with its sound and sights, such as the “Tales of the Alhambra” by W. Irving. Afternoon at leisure. Dinner and accommodation at the hotel. Optional Gipsy Flamenco show at Sacromonte quarter.
Duration: 2 hours

Stop At: Toledo, Toledo, Province of Toledo, Castile-La Mancha
Breakfast at the hotel. Drive northward where it emerges, toward the sky of Castilla and surrounded by the Tagus River, the impressive Imperial city of Toledo –World Heritage City- where the three cultures Christians, Moorish and Jewish, have lived together. Resume of the Spanish art, history and spirituality the whole town is a National Monument. Short guided tour of this historical old town through its narrow streets.
Duration: 2 hours

Stop At: Damasquinados Suarez, Paseo Circo Romano 8, 45004 Toledo Spain
Then proceed with a visit to a famous “Damasquinado” (gold and silver inlaying in iron) factory. Continue to Madrid. END OF OUR SERVICE.
Duration: 1 hour

Informacion Adicional
"Confirmation will be received at time of booking, unless booked within 7 days of travel. In this case confirmation will be received within 48 hours, subject to availability"
"Not wheelchair accessible"
"Each traveler is allowed a maximum of 1 suitcase and 1 carry-on bag"
"Hotel grades in Spain differ to those used in other Western countries, but typically 'standard-grade' hotels are of a 3-4-star standard, and 'superior-grade' hotels are of a 4-star standard with better facilities and locations"
"Child rate applies only when sharing with 2 paying adults"
"Infants aged 3 years and under are free of charge, providing they do not occupy a seat on the bus. Please note, any expenses incurred at the hotel (i.e. cot, meals, etc) should be paid directly to the hotel."
"Infants must sit on laps"
"Travelers should have a moderate physical fitness level"
"This tour/activity will have a maximum of 40 travelers"
"Face masks required for travelers in public areas"
"Face masks required for guides in public areas"
"Hand sanitizer available to travelers and staff"
"Social distancing enforced throughout experience"
"Regularly sanitized high-traffic areas"
"Gear/equipment sanitized between use"
"Transportation vehicles regularly sanitized"
"Guides required to regularly wash hands"
"Regular temperature checks for staff"
"Paid stay-at-home policy for staff with symptoms"
"Contactless payments for gratuities and add-ons"