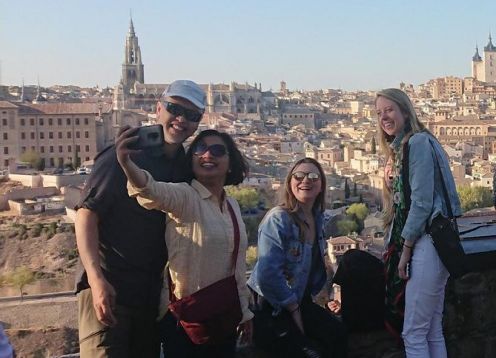 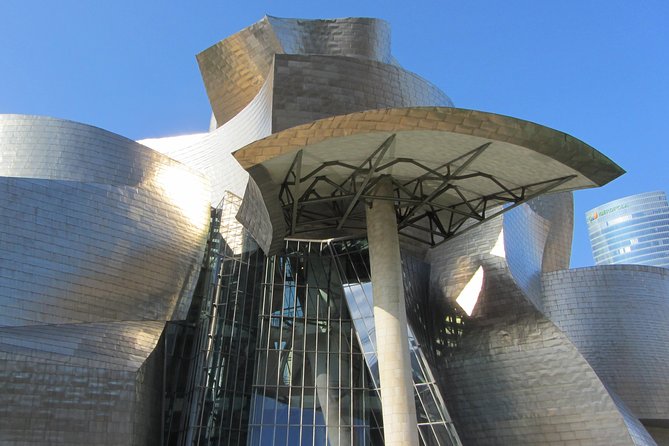 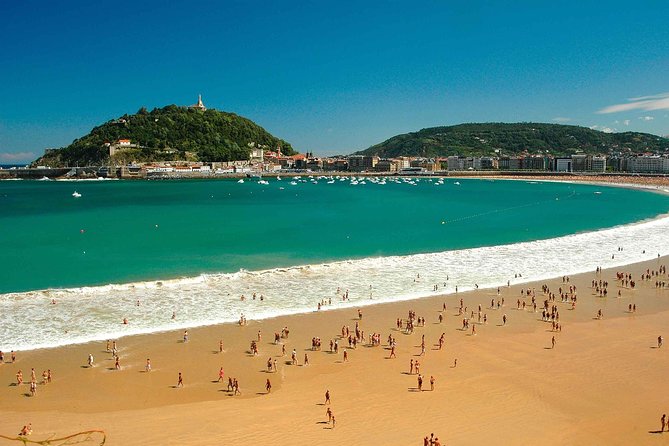 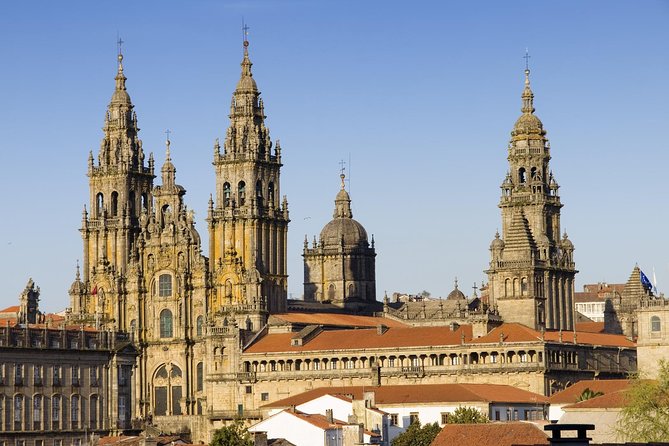 Depart from Madrid in this 8-day tour with an air conditioned deluxe coach to enjoy an intense itinerary through the north of the Iberian Peninsula: Spain and Portugal. Enjoy panoramic sightseeing tours of San Sebastian, Bilbao and La Coruña and guided tour in Santiago de Compostela, the tour escort will be glad to help you in any way you need. Ready to come abroad?

Stop At: Zaragoza, Spain
Free time to visit the Basilica of Our Lady of The Pilar, patroness of Hispanity and stroll through the old streets of Zaragoza.
Duration: 1 hour

Stop At: Monte Igueldo, Plaza del Funicular, 4, 20008 San Sebastian - Donostia Spain
We will approach Mount Igueldo, to contemplate the marvelous views of the city and then proceed towards Bilbao.
Duration: 1 hour

Stop At: Bilbao, Bilbao, Province of Vizcaya, Basque Country
Panoramic driver in Bilbao and free time on the esplanade where The Guggenheim Museum is located in order to admire this modern architectural building. Proceed to the old fishing village “Castro Urdiales”.
Duration: 1 hour

Stop At: Santander, Santander, Cantabria
Departure to Santander, a port city located between the sea and the mountains, well known for its Sardinero Beach, one of the best known beaches in Spain. Free time to stroll through this elegant city.
Duration: 2 hours

Stop At: Santillana del Mar, Santillana del Mar, Cantabria
Departure to Santillana, it’s one of the most important historical artistic towns in Spain. It contains architectural treasures such as the Collegiate of Santa Juliana, a Jewel of the Romanesque Arquitecture in Cantabria.
Duration: 1 hour

Stop At: Oviedo, Oviedo, Asturias
In the afternoon, departure to Oviedo, where you will see on a series of hills the beauty of Saint Maria de Naranco Church, Jewel of the pre Romanic Asturian architecture. Free time to explore Oviedo, many of their streets are pedestrian, where you will be able to see World Heritage sites like The Cathedral, a splendid example of gothic asturian architecture.
Duration: 2 hours

Stop At: Lugo, Lugo, Province of Lugo, Galicia
Drive to the Galician region. Arrive to Lugo. Free time to be able to contemplate the Roman remains that still retains like its walls, declared World Heritage.
Duration: 1 hour

Stop At: La Coruna, La Coruna, Province of A Coruna, Galicia
Continuation to La Coruña. Brief panoramic driver through the main avenues of this fabulous town driving by the Marine Avenue to admire the elegance of this city with the typical Galician architecture of glass house galleries. Brief stop in one of the wonders of the world the oldest working lighthouse the “Tower of Hercules” dating back from the roman period. Afternoon at leisure where you can assist an optional tour to the Rias Altas.
Duration: 2 minutes

Stop At: Santiago de Compostela, Santiago de Compostela, Province of A Coruna, Galicia
Departure to Santiago de Compostela declared World Heritage as it is one of the most important center of Christian Pilgrimages in Spain as the end of the Camino de Santiago route built during the Roman Empire. City tour where we will see the main square called Obradoiro and also the Cathedral (entrance included) dedicated to the Apostle Santiago. Balance of the day at leisure to explore the narrow cobblestone streets and get the feel of the student atmosphere.
Duration: 3 hours

Stop At: Rías Baixas, Spain
Departure towards one of the most marvelous areas of Galicia, the Rias Bajas (Spanish Fjords).
Duration: 1 hour

Stop At: Isla de la Toja, Isla de la Toja, O Grove, Province of Pontevedra, Galicia
Driving through this magnificent landscape we will arrive to La Toja Island, universally known for its spa. Free time and continue to the Ria de Arosa, passing through Pontevedra to arrive to Vigo, situated in the middle of the Rias Baixas.
Duration: 2 hours

Stop At: Salamanca, Salamanca, Province of Salamanca, Castile and Leon
Departure to the Spanish border to arrive to Salamanca. Short stop and free time in this University City (World Heritage) of great architectural and artistic wealth. Continue to Madrid. END OF OUR SERVICE

Informacion Adicional
"Confirmation will be received at time of booking"
"Not wheelchair accessible"
"Infants aged 3 years and under are free of charge, providing they do not occupy a seat on the bus. Please note, any expenses incurred at the hotel (ie. cot, meals, etc) should be paid directly to the hotel"
"There is no bathroom on the coach"
"Hotel grades in Spain differ to those used in other Western countries, but typically 'superior-grade' hotels are of a 4-star standard."
"Each traveler is allowed a maximum of 1 suitcase."
"Minimum 2 people per departure is required. There is a possibility of cancellation after confirmation if there are not enough passengers to meet requirements. In the event of this occurring, you will be offered an alternative or full refund."
"This tour might be a combination of different programs. If applies there might be a change in the tour escort and passengers between the programs."
"Near public transportation"
"Infants must sit on laps"
"Infant seats available"
"Most travelers can participate"
"This tour/activity will have a maximum of 50 travelers"