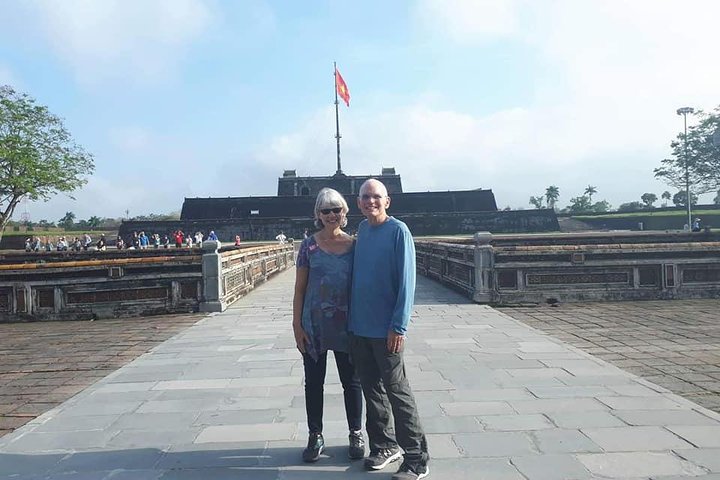 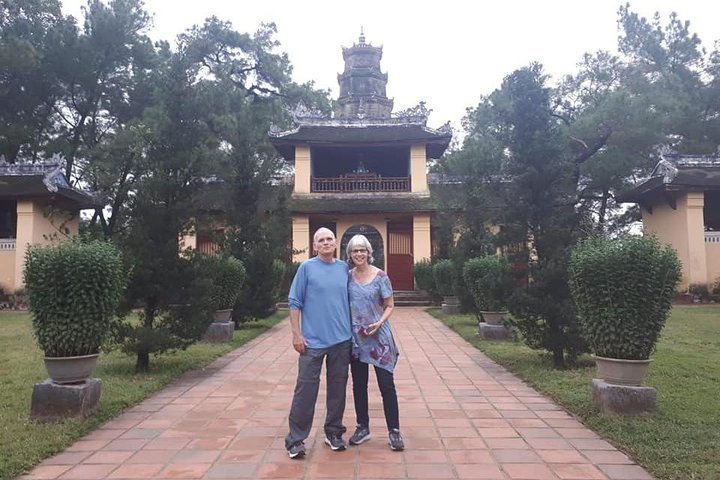 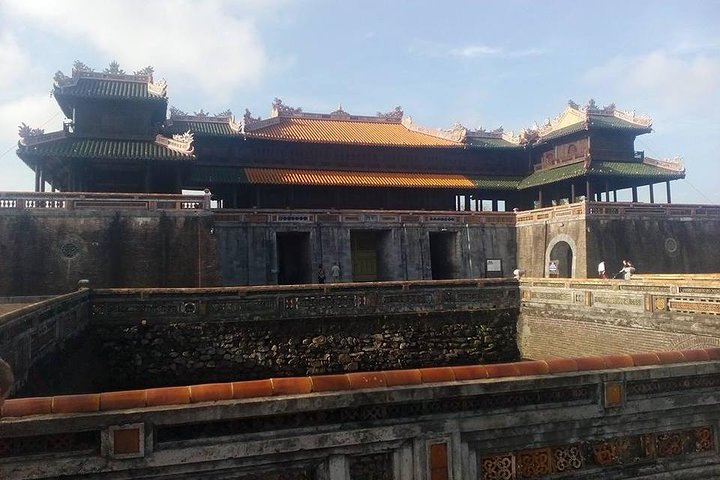 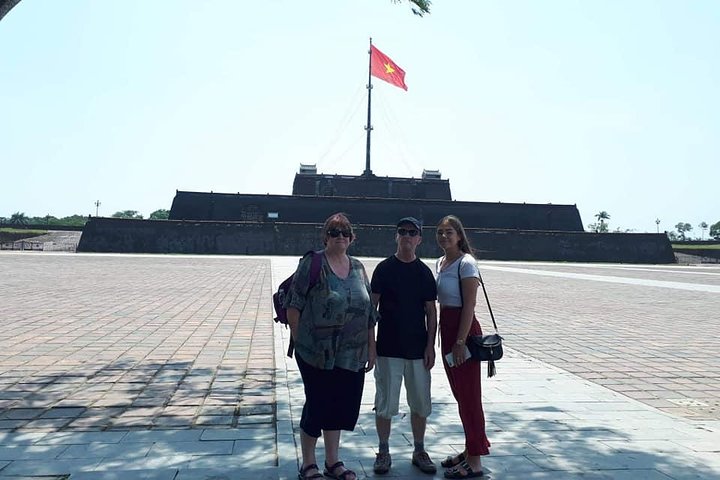 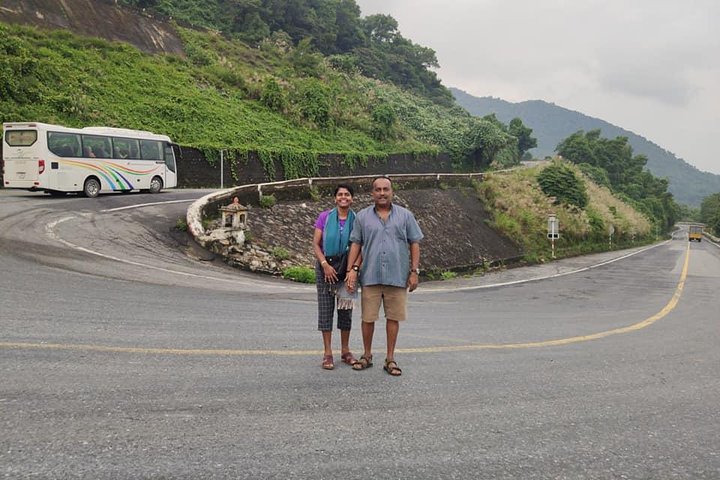 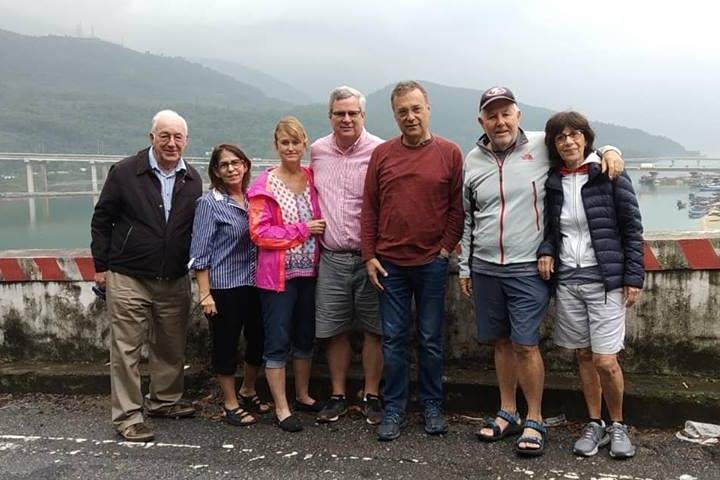 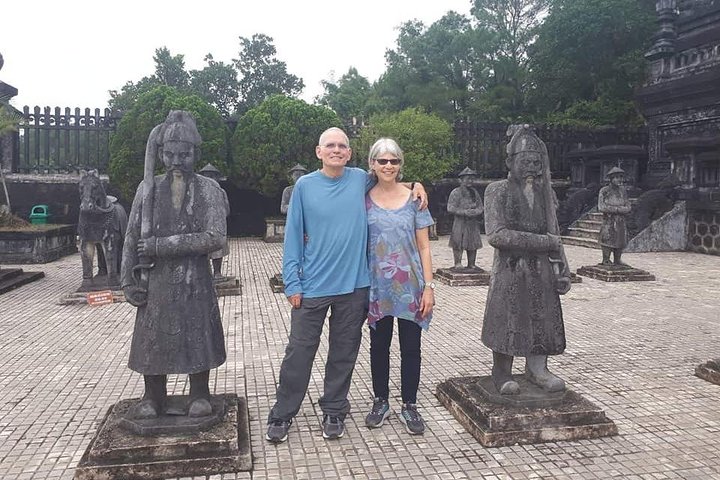 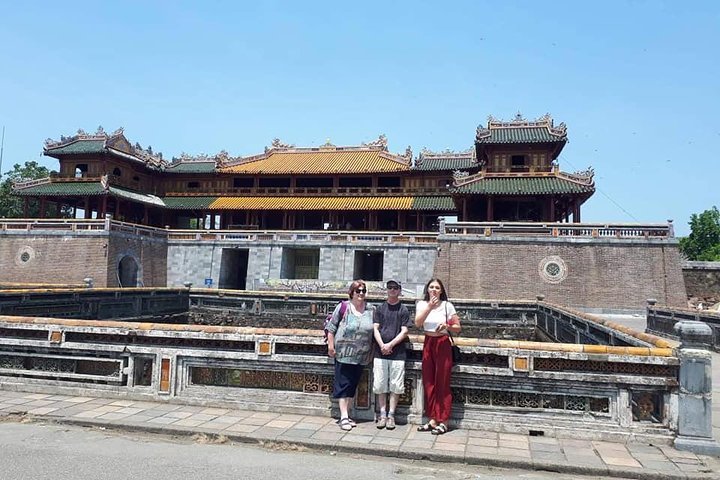 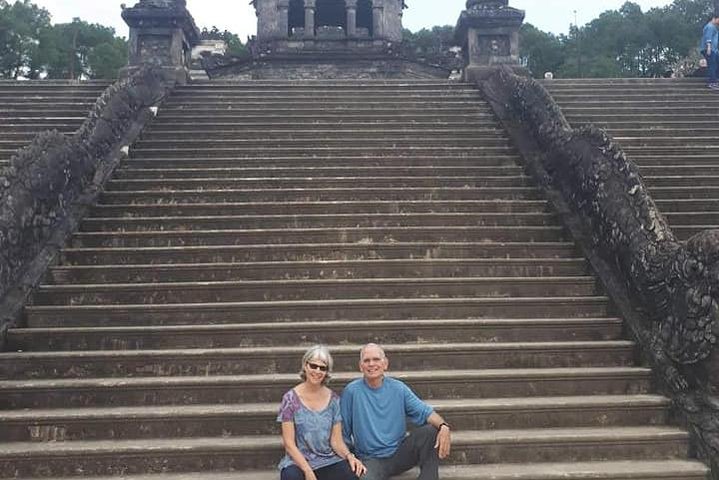 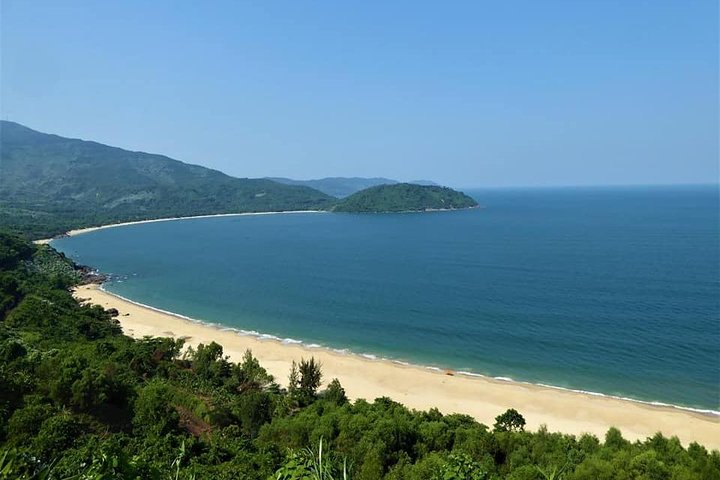 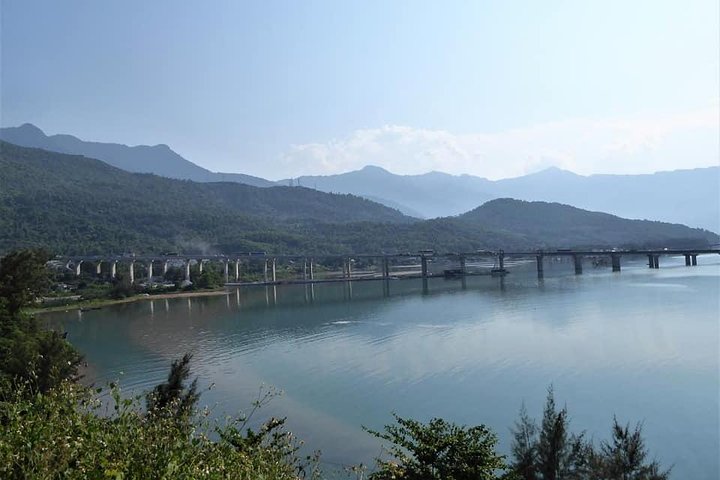 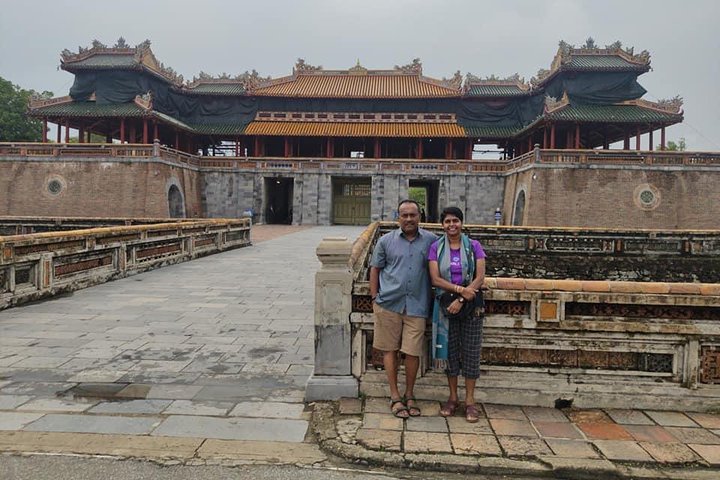 7:30A.M. Our professional tour guide will pick you up at your hotel in HOI AN or DA NANG

We begin this tour with a drive to the Hai Van Pass.This is one of the most scenic hillside roads in Vietnam,It also consider as a TOP GEAR SHOW in 2008 & Ẹnjoy stunning views.

After That Yo go straight to Hue,Upon Arriving to Hue,You visit Hue Imperial which is Hue’s prime attraction, and contains the Imperial City, Forbidden Purple City and the Emperor’s Private Residence. This is also where Nguyen King living & Working
Then,you enjoy a delicious lunch in local restaurant
Next, you will visit Thien Mu is an active Buddhist monastery with origins dating back to 1601. One of its most poignant displays is a car belonging to a former monk who in 1963 drove to Saigon and Burnt himself .Next We do 30 Minute Boat Trip on Perfume River.
We continue to visit the most majestic Khai Dinh Tomb. it is a blend of Western and Eastern architecture. Finish Tour and send you back to Your hotel .

HUE was considered the capital of Vietnam during the years 1802 until 1945 and was considered to be the political and cultural capital under the Nguyen Dynasty during that time. The beautiful Perfume River winds its way through the City, the Imperial City, the Forbidden Purple City and the Inner City thereby giving Hue the feeling of serene great beauty.

Hue was recognized by UNESCO as a world cultural Heritage Site in 1993.

Citadel which is Hue’s prime attraction, and contains the Imperial City, the Forbidden Purple City and the Emperor’s Private Residence.

Khai Dinh Tomb, There are seven significant imperial tombs along the Perfume River and surrounding countryside but this tomb is unique as it is a blend of Western and Eastern architecture.

Thien Mu Pagoda which is considered by many as the unofficial symbol of Hue. Thien Mu is an active Buddhist monastery with origins dating back to 1601. One of its most poignant displays is a car belonging to a former monk who in 1963 drove to Saigon and set himself alight to protest against the South Vietnamese regime and its cruel treatment of Buddhist monks and followers.

Hai Van Pass. This is one of the most scenic hillside roads in Vietnam and as our vehicle steadily climbs the steep winding roads of the mountain pass, you will have a chance to see the most dramatic panoramic views.

Passing the end of Hai Van Pass and stop at Lap An Lagoon. It is a brackish water area with surface of over 800ha in the west of Lang Co Bay, stretching from the foot of Phu Gia Pass to Hai Van Estuary. Surrounding the lagoon is the winding small road and in the distance, there is the majestic mountain of Bach Ma.

Informacion Adicional
"Confirmation will be received at time of booking"
"Not wheelchair accessible"
"Infant meals not included"
"Stroller accessible"
"Travelers should have a moderate physical fitness level"
"This experience requires good weather. If it’s canceled due to poor weather, you’ll be offered a different date or a full refund"
"This experience requires a minimum number of travelers. If it’s canceled because the minimum isn’t met, you’ll be offered a different date/experience or a full refund"
"This is a private tour/activity. Only your group will participate"