Private Transfer: From Assisi To Florence With Stops In Cortona & Montepulciano 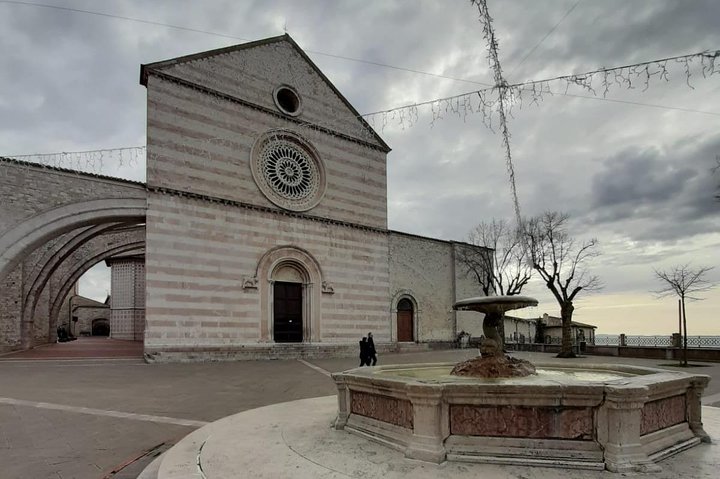 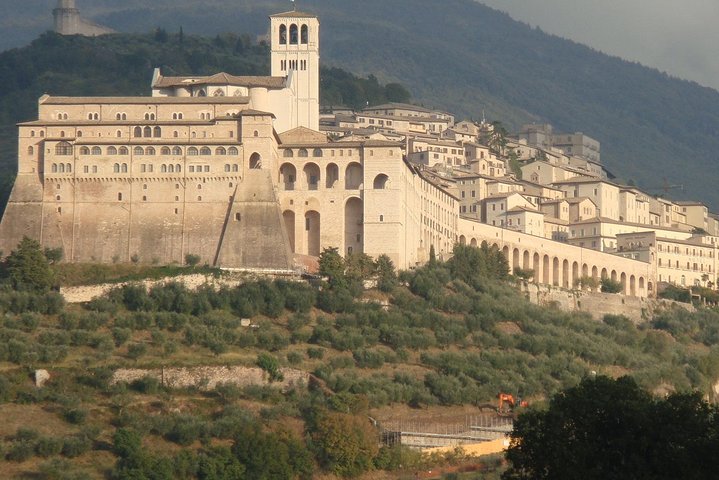 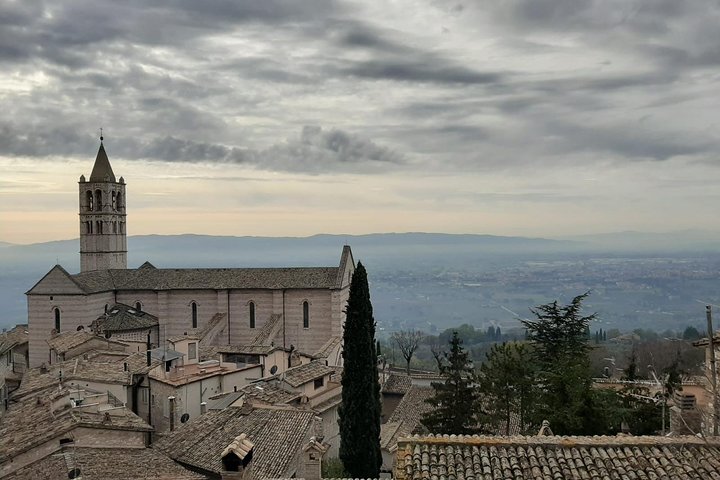 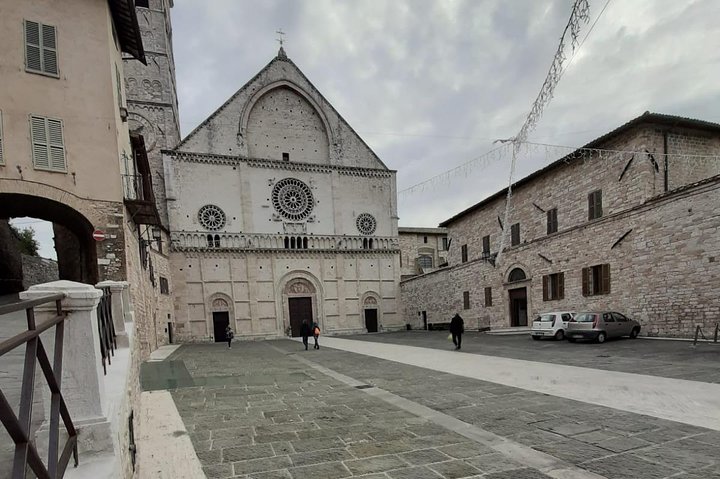 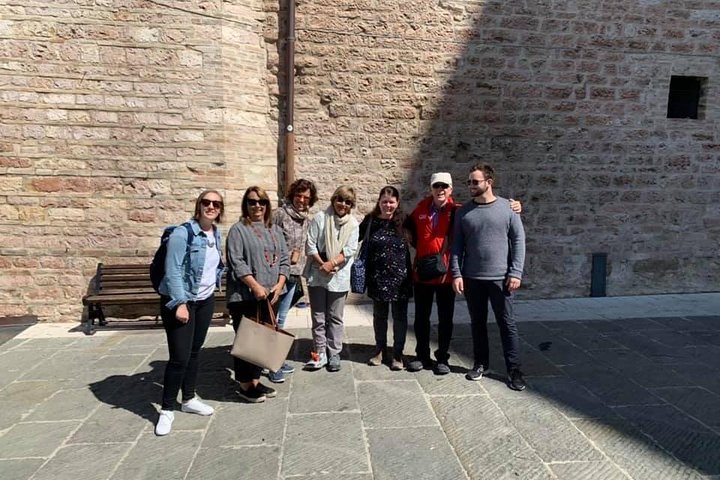 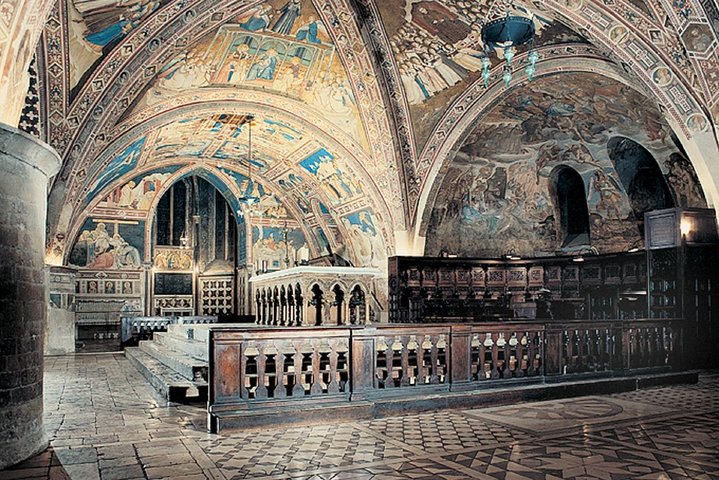 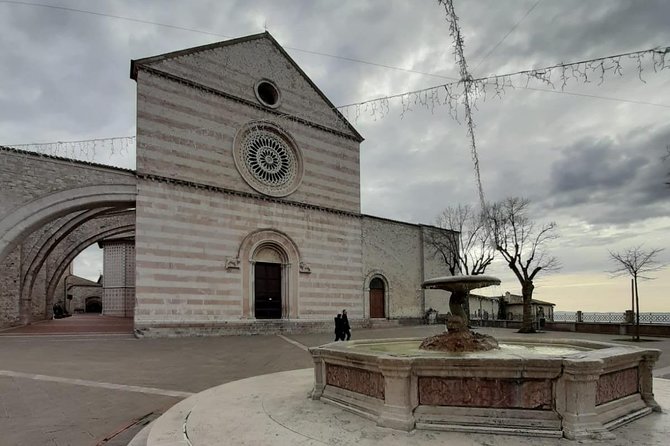 See the highlights of Assisi on a 3-hour walking tour with a knowledgeable local guide. Visit the stunning UNESCO World Heritage-listed Basilica di San Francesco (Basilica of Saint Francis of Assisi), the Duomo di San Rufino, the Basilica di Santa Chiara (St Claire) and the lovely main square, Piazza del Comune.
Enjoy clear views of the massive 14th-century fort, Rocca Maggiore, which sits on top of the hill. As you walk with your guide, hear about the history and cultural treasures of Assisi.

Assisi Cathedral, dedicated to San Rufino (Rufinus of Assisi) is a major church in Assisi.

The Basilica of St. Clare of Assisi, realized with the typical pink stone extracted from the quarry of the Subasio mountain, contains precious frescos dating back to the period from the XIIth to the XIVth century. In the chapel on the right, along the unique nave of St. Clare of Assisi, finishing in transept and polygonal apse, you can admire the Crucifix which, according to tradition, would have invited St. Francesco in the church of St. Damiano in order to "reset up the Church"

Chiesa Nuova. The Chiesa Nuova is a church in Assisi, Italy, built in 1615 on the site of the presumed birthplace of St. Francis, the house of Pietro di Bernardone. It was then called Chiesa Nuova because it was the last church to be built in Assisi at that time.

At the square you will see one of the best-preserved Roman temples in Italy – Minerva's temple – which is surrounded by imposing medieval government buildings.

If the solemn and dark lower basilica invites penance and silence, the upper church soars into the sky, airy and bright. In a Gothic style with French influences, the nave has four bays, cross vaulting, and a polygonal transept and apse.

Informacion Adicional
"Confirmation will be received at time of booking"
"Not wheelchair accessible"
"A dress code is required to enter places of worship and selected museums. No shorts or sleeveless tops allowed. Knees and shoulders MUST be covered for both men and women. You may risk refused entry if you fail to comply with these dress requirements"
"Most travelers can participate"
"This experience requires a minimum number of travelers. If it’s canceled because the minimum isn’t met, you’ll be offered a different date/experience or a full refund"
"This tour/activity will have a maximum of 15 travelers"