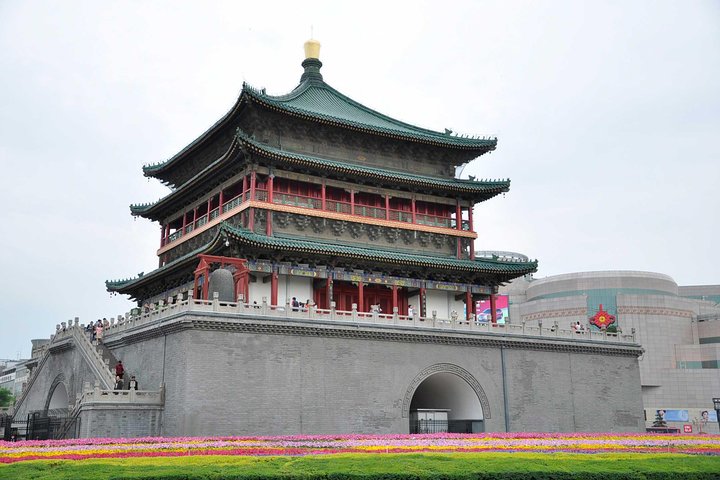 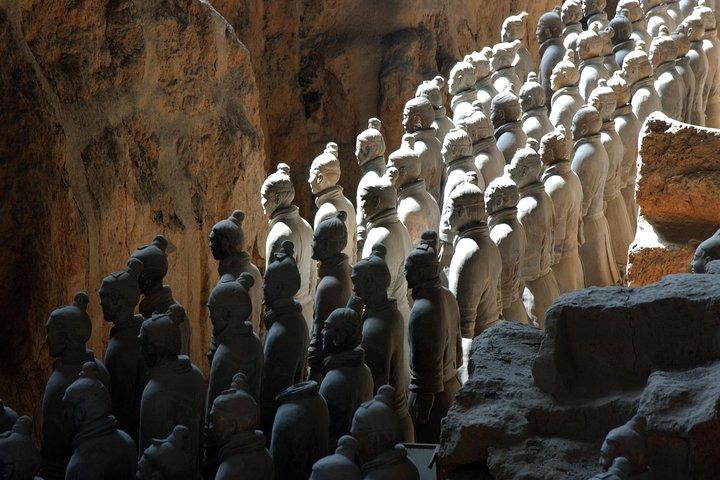 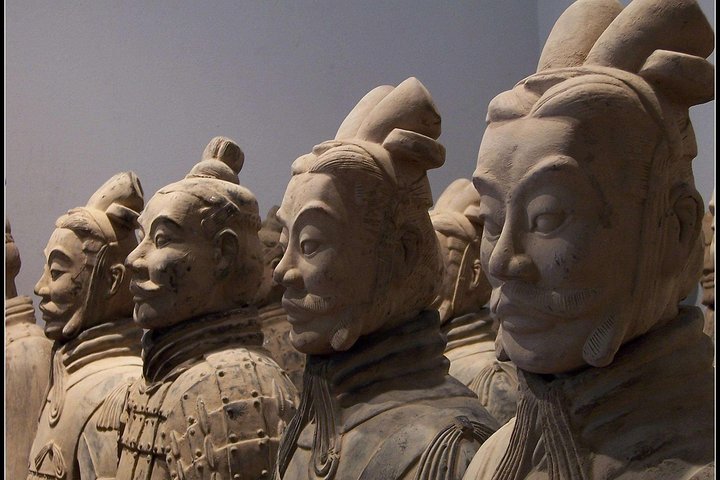 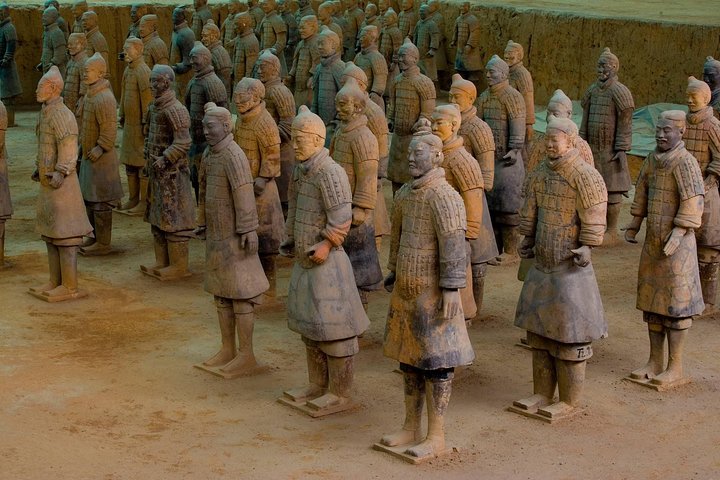 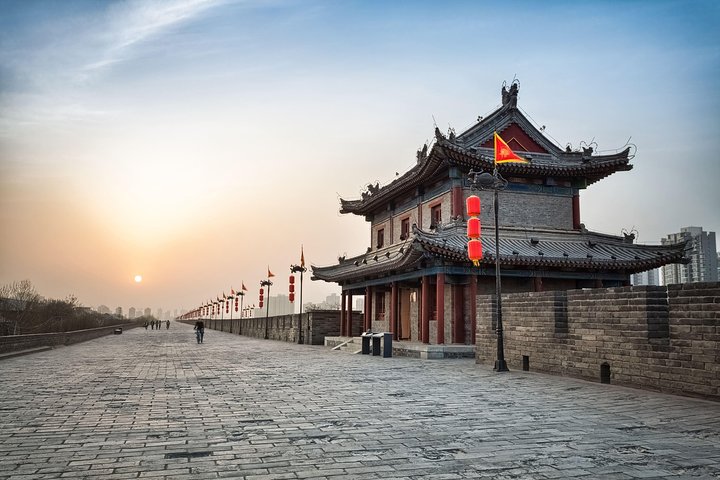 Xi'an in One Day: Day Trip from Shanghai by Air - Terra-Cotta Warriorrs & Horses

While you’re in Shanghai, take a day trip to Xi’an, famous as one of the birthplaces of ancient Chinese civilization. You’ll learn about the history of the Chinese dynasties that rose and fell in Shaanxi Province, and visit the famous 2,000-year old Army of Terracotta Warriors, one of the most spectacular archaeological excavations of the 20th century. Then take a walk on the city walls of Xi’an, built during the Ming Dynasty (1368 - 1644).

You will be picked up from your Shanghai hotels, and transferred to Pudong Airport or Hongqiao Airport, ten take the airplane for Xi'An.

You will be picked up from your Shanghai hotels, and transferred to Pudong Airport or Hongqiao Airport, then take the airplane for Xi'An.

Terra Cotta Warriors and Horses are the most significant archeological excavations of the 20th century. Work is ongoing at this site, which is around 1.5 kilometers east of Emperor Qin Shi Huang's Mausoleum. It is a sight not to be missed by any visitor to China. Upon ascending the throne at the age of 13 (in 246 BC), Qin Shi Huang, later the first Emperor of all China, had begun to work for his mausoleum. It took 11 years to finish. It is speculated that many buried treasures and sacrificial objects had accompanied the emperor in his after life. The Terra Cotta Warriors and Horses is a sensational archeological find of all times. It was listed by UNESCO as one of the world cultural heritages.

The City Wall adorned with a moat and the circular park, the wall surrounds the square inner city of Xi’An. It is the most complete city wall to survive in China, as well being one of the largest ancient military defensive systems in the world, built first in the early Ming Dynasty (1368-1644) and renovated in recent years.

Hora de Inicio: 5:30 AM
Duración: 14 Hours
Lugar de comienzo: Traveler pickup is offered
Departure Point: Shanghai hotels
Dates: Daily
Return: If you go to other city instead of Shanghai, please contact the local operator once you make the booking.