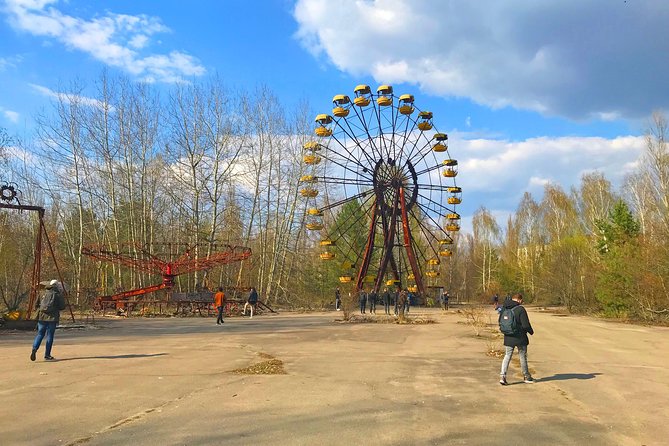 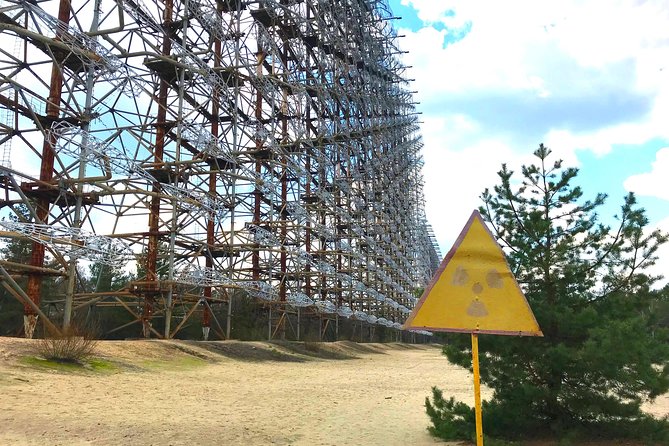 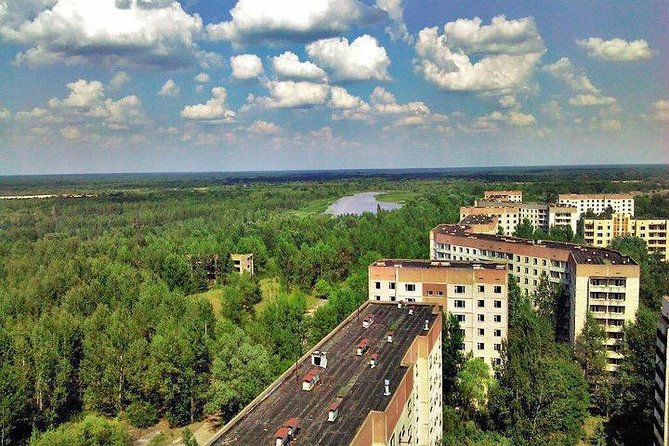 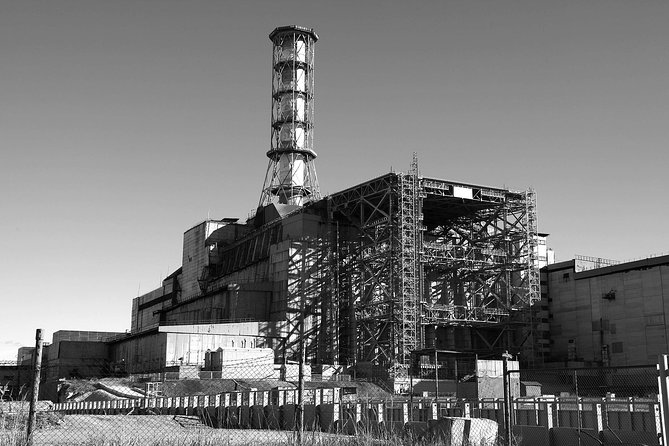 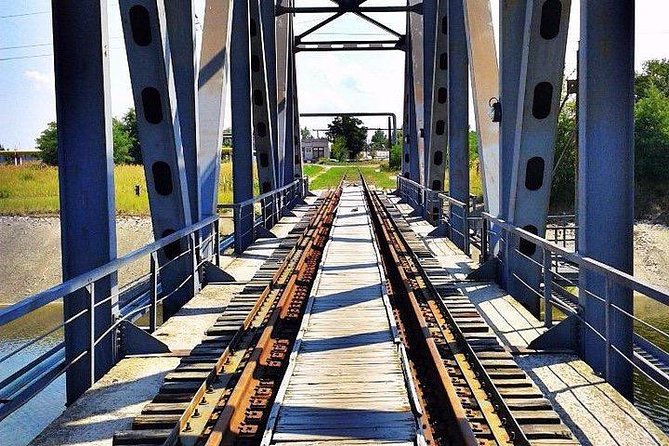 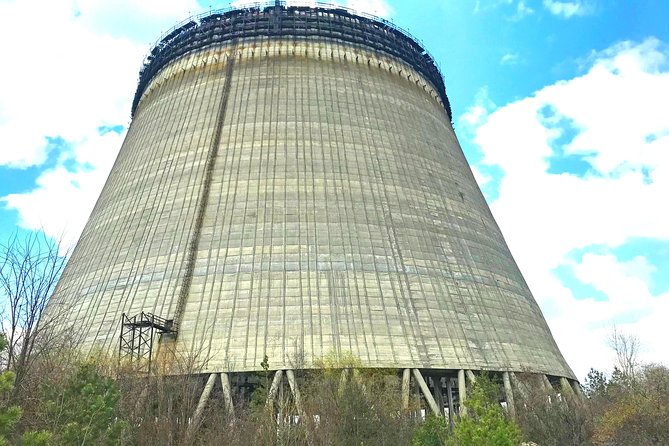 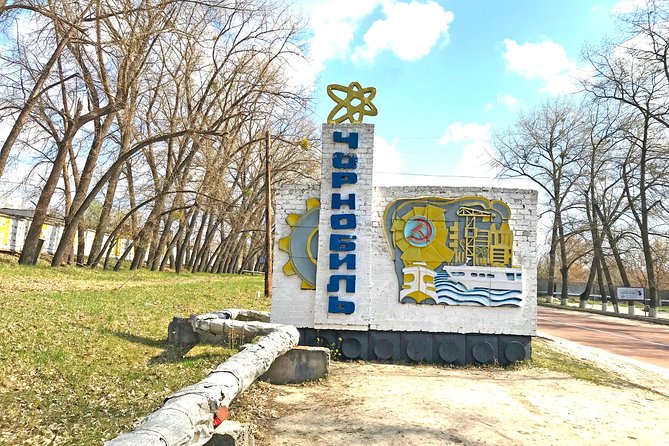 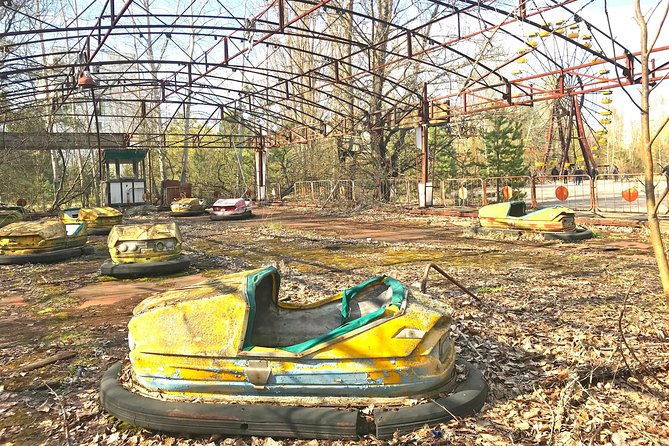 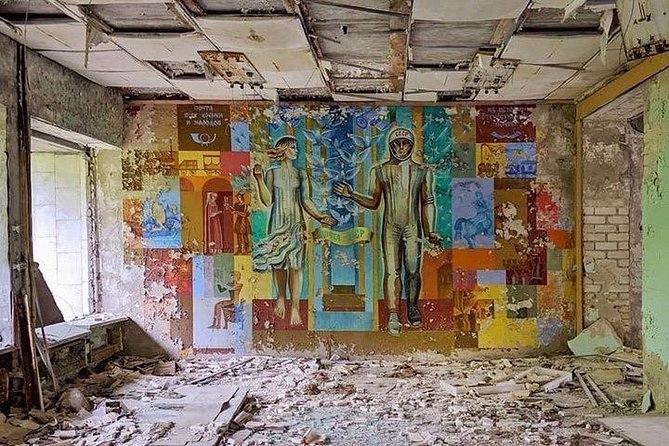 During the visit to Chernobyl, the Administration Officer will speak about the tragedy of Chernobyl, the exclusion zone, the modern life of Chernobyl. On the way to Chernobyl will be several stops for photos. The bus enters a 10-kilometer exclusion zone through the checkpoint "Leliv". After a detour around the Chernobyl nuclear power plant will make a stop at the gates of the 4th unit at a special viewing platform overlooking the object Sarcophagus. Do not be left unattended and deserted ghost town of Pripyat. Here the tour program involves the inspection of the city's buildings and structures that have been abandoned after the accident, and the population of the city evacuated. During the tour, you will be able to make great photos, shoot videos and hear the story of life in the city before the accident at the Chernobyl nuclear power plant, about the evacuation, the city's history and life to the present time.

Booking made within 3 days prior to departure is unlikely to be confirmed!

Chernobyl is a ghost city in the Chernobyl Exclusion Zone, situated in the Ivankiv Raion of northern Kiev Oblast, Ukraine. Chernobyl is about 90 kilometres (60 mi) north of Kiev, and 160 kilometres (100 mi) southwest of the Belarusian city of Gomel. Before its evacuation, the city had about 14,000 residents.

The city was evacuated on 5 May 1986, 9 days after the nuclear accident at the nearby Chernobyl Nuclear Power Plant, which was the most disastrous nuclear accident in history. The plant is 15 kilometres (9 mi) north of the Chernobyl city. Pripyat is a city much closer to the plant; it was built in the 1970s as a home for the power-plant's workers, and its population of 50,000 was evacuated 30 hours after the accident. The city of Slavutych, built for those evacuated from Pripyat, also received the population evacuated from Chernobyl.

The city was the administrative center of Chernobyl Raion (district) from 1923. After the accident, in 1988, the raion was disestablished and administration was transferred to the neighboring Ivankiv Raion.

Although Chernobyl is mostly a ghost town today, a small number of animals and people still live there, in houses marked with signs that read, "Owner of this house lives here". Workers on watch and administrative personnel of the Chernobyl Exclusion Zone are also stationed in the city. There are two general stores, and a tourist hotel.

Informacion Adicional
"Confirmation will be received at time of booking"
"Travelers should have a moderate physical fitness level"
"Surfaces are wheelchair accessible"
"Transportation is wheelchair accessible"
"Wheelchair accessible"
"Bring your passport - visitors without a passport won't be allowed on the tour."
"Any booking made within 3 days prior to departure is unlikely to be confirmed."
"Minimum age is 18 years"
"This experience requires good weather. If it’s canceled due to poor weather, you’ll be offered a different date or a full refund"
"This experience requires a minimum number of travelers. If it’s canceled because the minimum isn’t met, you’ll be offered a different date/experience or a full refund"
"This tour/activity will have a maximum of 20 travelers"
"Face masks required for travelers in public areas"
"Face masks required for guides in public areas"
"Social distancing enforced throughout experience"
"Regularly sanitized high-traffic areas"
"Gear/equipment sanitized between use"
"Transportation vehicles regularly sanitized"
"Guides required to regularly wash hands"
"Regular temperature checks for staff"
"We will make sure that your experience will be safe at all times!"