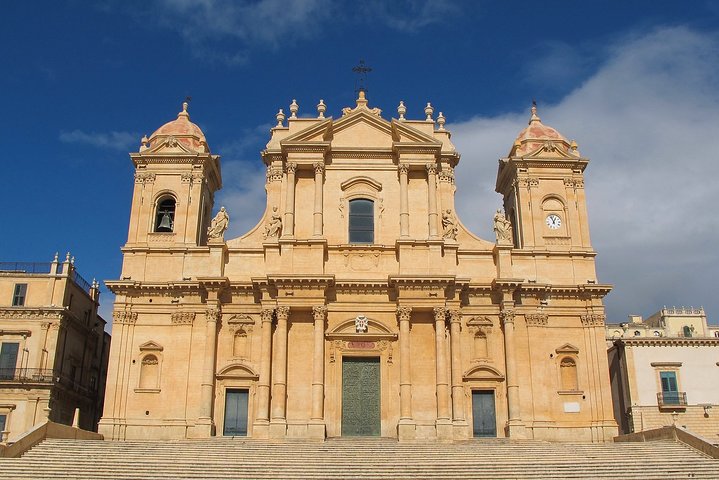 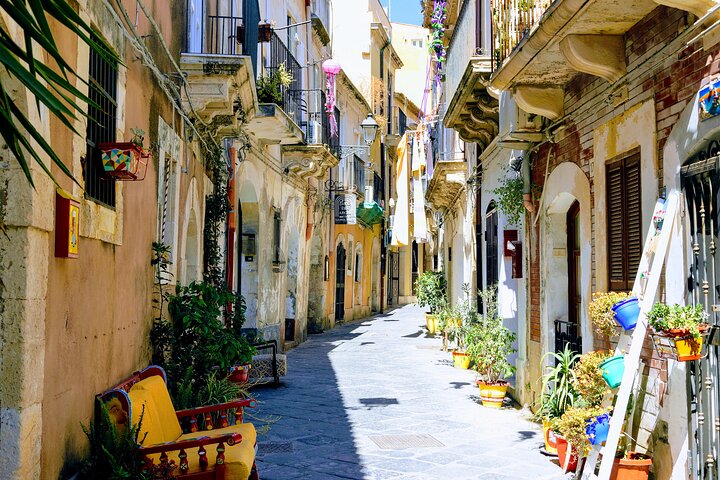 Starting from your Taormina accommodation, you'll reach the town of Noto, the city considered the capital of Sicilian Baroque. You will be lead through this characteristic town passing beautiful baroque buildings, including a visit to the Cathedral of Noto. Syracuse is the next stop, home to the ancient, powerful, Mediterranean colony during the Greek period. Here, you'll discover great historical sites within the archaeological park Neapolis. The most important monuments of the Greek and roman age are within this park, such as The Greek theatre, the Latomia del Paradiso, the Ear of Dionysius and the Roman amphitheater.

Perched on the cliffside overlooking the beautiful Sicilian sea and the famous "Isola Bella", you will find Taormina. You can spend days here without a problem. taste the great local food, take the sun along the beaches or be inspired by the ancient Roman Theatre and Odeon. Going to Taormina means to rest your body and your soul.

A small but beautiful town in the Southern East of Sicily. Noto has seen many changes and influences as its position allowed not only the Romans easy access but also the Greek and Arab militaries. Greats of legend such as Daedalus and Hercules have been said to stay in Noto. In this age, the town is a complete masterpiece of Sicilian Baroque and is rightly listed among UNESCO's World Heritage Sites.

Visiting Syracuse you will feel like you've traveled back in time due to the vast history and myths. To think that the city was founded during the VIII century BC, and there were people like Plato or St Paul who came here is mindblowing. What you must visit is the ancient Greek Theatre, still used to this day, along with the Roman amphitheatre and what is considered the Archimedes’ Tomb. The sea that surrounds the city in Sicily, the great food and historical atmosphere makes this a complete destination to visit.

Located in the marvelous land of Sicily is the Neapolis Archaeological park. Within the site, there is the 5th century BC, 16,000-capacity greek amphitheatre. The area is still in a very impressive state and still often is home to shows during summer months.

Informacion Adicional
"Confirmation will be received at time of booking"
"Not wheelchair accessible"
"Stroller accessible"
"Most travelers can participate"
"This is a private tour/activity. Only your group will participate"
"Face masks required for travelers in public areas"
"Face masks required for guides in public areas"
"Social distancing enforced throughout experience"
"Gear/equipment sanitized between use"
"Transportation vehicles regularly sanitized"
"Temperature checks for travelers upon arrival"