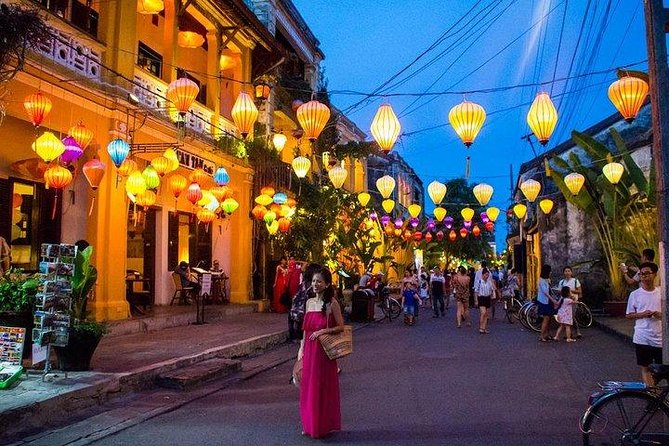 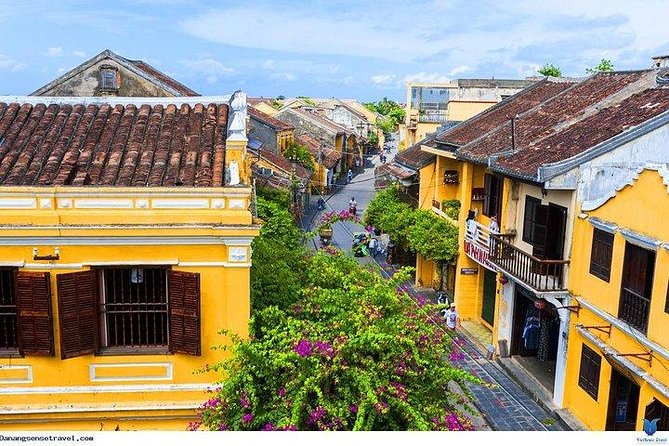 -Depart from the port to My Son sanctuary which was once the Religious capital of the Champa Kingdom during the 4th to 13th centuries CE ,this unique culture, on the coast of contemporary Viet Nam, owed its spiritual origins to the Hinduism of the Indian sub-continent.
-Enjoy the traditional Apsara dance of the Champ ladies
-Drive to Hoi An for lunch at a restaurant and take a walk around the ancient town, visit the 400 years old Japanese cover bridge, the Chinese assembly Hall, visit the night market located alongside the beautiful Hoai river, enjoy the city view when all the Lantern in town turned on.
- Return to your port

My Son Sanctuary dates from the 4th to the 13th centuries CE. The property is located in the mountainous border Duy Xuyen District of Quang Nam Province, in central Viet Nam. It is situated within an elevated geological basin surrounded by a ring of mountains, which provides the watershed for the sacred Thu Bon river. The source of the Thu Bon river is here and it flows past the monuments, out of the basin, and through the historic heartland of the Champa Kingdom, draining into the South China Sea at its mouth near the ancient port city of Hoi An. The location gives the sites its strategic significance as it is also easily defensible.

The tower temples were constructed over ten centuries of continuous development in what was the heart of the ancestral homeland of the ruling Dua Clan which unified the Cham clans and established the kingdom of Champapura (Sanskrit for City of the Cham people) in 192 CE. During the 4th to 13th centuries CE this unique culture, on the coast of contemporary Viet Nam, owed its spiritual origins to the Hinduism of the Indian sub-continent. Under this influence many temples were built to the Hindu divinities such as Krishna and Vishnu, but above all Shiva. Although Mahayan Buddhist penetrated the Cham culture, probably from the 4thcentury CE, and became strongly established in the north of the kingdom, Shivite Hinduism remained the established state religion.

-Hoi An Ancient Town is an exceptionally well-preserved example of a South-East Asian trading port dating from the 15th to the 19th century. Its buildings and its street plan reflect the influences, both indigenous and foreign, that have combined to produce this unique heritage site.

-The surviving wooden structures and street plan are original and intact and together present a traditional townscape of the 17th and 18th centuries, the survival of which is unique in the region. The town continues to this day to be occupied and function as a trading port and centre of commerce. The living heritage reflecting the diverse communities of the indigenous inhabitants of the town, as well as foreigners, has also been preserved and continues to be passed on. Hoi An Ancient Town remains an exceptionally well-preserved example of a Far Eastern port.

Informacion Adicional
"Confirmation will be received at time of booking"
"Wheelchair accessible"
"Stroller accessible"
"Service animals allowed"
"Near public transportation"
"Transportation is wheelchair accessible"
"Most travelers can participate"
"This experience requires good weather. If it’s canceled due to poor weather, you’ll be offered a different date or a full refund"
"This experience requires a minimum number of travelers. If it’s canceled because the minimum isn’t met, you’ll be offered a different date/experience or a full refund"
"This is a private tour/activity. Only your group will participate"