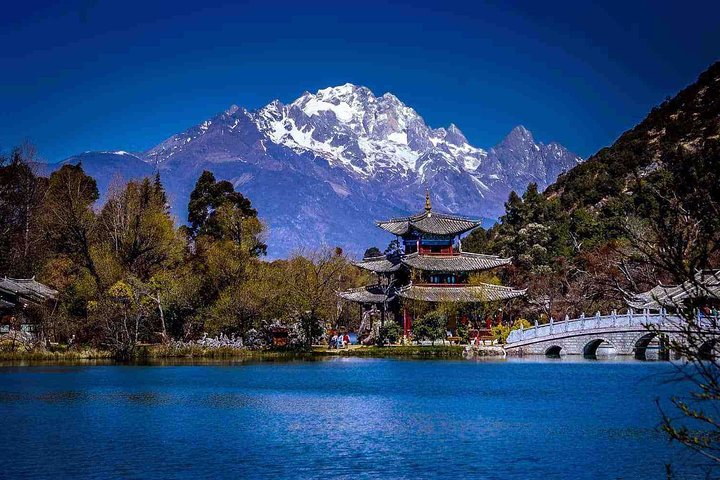 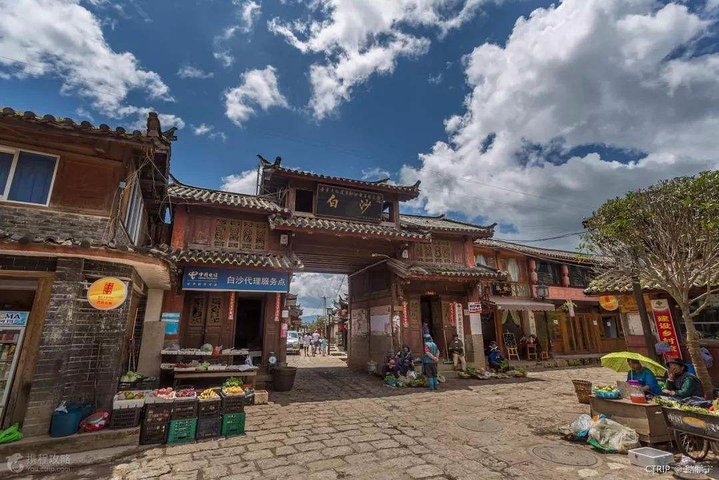 Spend 2-day maximize your time in Lijiang for a private and customizable sightseeing tour from Shenzhen by plane. This personalized tour is tailored to your needs and allows you to tick off Lijiang city attractions, such as Mu Palace, Lijiang Old Town, the Dongba Culture Museum, and the Black Dragon Pool. In addition, you will explore Jade Dragon Snow Mountain and enjoy amazing open-air Impression Lijiang Impression Show which performances by non-professional peasant actors who are from local villages. If you have other sites in mind to go, just feel free to discuss with your tour guide. This private tour including English speaking tour guide, travel by private air-conditioned vehicle, plane ticket, entrance fee, cable car ride, lunch, show tickets and door-to-door hotel transfers. You can choose to end your tour in Lijiang or return Shenzhen. Tour includes the option to book 4 star accommodation with daily breakfast.

Pass By: Shenzhen Airport Commercial Street, Airport Terminal 1st Road, Shenzhen China
Your driver will hold your name sign sign waiting in the lobby of your Shenzhen hotel, you will be transferred to airport for the 3 hour flight to Lijiang

Your local tour guide will hold your name sign waiting at the exit of the arrival hall, then hop on your private air-conditioned vehicle, heading directly to the Old town of Lijiang.

Stop At: Lijiang Impressions Show, No.19-9 Guodahuama Street, Old Town, Lijiang China
Enjoy lunch in the local restaurant, then enjoy amazing Lijiang Impressions Show. The show is performed in daytime, using the Jade Dragon Snow Mountain as its stage background. More than 100 horses and 500 non-professional peasant actors with dark skin who are from 16 local villages and over 10 ethnic minorities give their best performance. They use unique movements and original songs to exemplify their culture, history and customs. When make booking you can choose you preferred tickets for the show
Duration: 1 hour

Get the information and learn its legendary stories from your tour guide. Upon arrival, take the convenient cable car to the scenic viewing point (4506 meters), marvel at the spectacular glacier and mountain views. You can choose to hike up to 4680 meters by wooden stairs. When you are ready to leave, descend by cable car.

After the tour finished you will be transferred to your hotel in Lijiang.
Duration: 2 hours

Meals included:
• Lunch
Accommodation included: Overnight 4 star hotel in Lijiang if you choose the option to including the accommodation

Stop At: Old Town of Lijiang - China, No.57, Xuetang Rd, Dayan Township, Gucheng Dist, Lijiang 674100 China
Your English speaking guide will meet you in your Lijiang hotel's lobby. then explore the Old town of Lijiang.

The Old Town of Lijiang is a well-preserved old city of ethnic minorities with brilliant culture, the town was first built in the late Song Dynasty (960 - 1279), it has a history of more than 800 years. As a result of the combination of the multinational culture and the progress of Naxi ethnic minority, the buildings here incorporate the best parts of the architectural traits of Han, Bai, and Tibet into a unique Naxi style.

Stop At: Mufu Palace, Southwest of the Old Town, Lijiang 674100 China
Next, you will visit the Mufu Palace. The top ruler of Naxi minority Mu Family had been in Lijiang since Yuan Dynasty to Qing Dynasty, totally 470 years with 22 generation rulers. The present Mufu Palace is a representative of ancient central China architectural style in Ming Dynasty. While it also keeps the characters of Tang and Song Dynasties. And inside it, the details show the minority features of Bai and Naxi groups. Besides architecture value, it also can be an outstanding plants museum with ancient trees and extraordinary plants. The garden in a style mixed with imperial one and Suzhou’s style. Explore the palace and get to now its history and stories from your tour guide.
Duration: 1 hour

Stop At: Wangu Pavilion, Lion Mountain, Gucheng District, Lijiang 674100 China
Reach the mountaintop, go up to the Wangu Pavilion which is a five-storied all-wooden edifice with five elegant eaves. The tower is regarded as the No.1 Domed-shaped Structure in China. Get ready your camera and enjoy the panoramic view of the surrounding areas(Jade Dragon Snow Mountain, the Old Town and the Naxi minority villages).
Duration: 30 minutes

Stop At: Wenchang Palace, Xin Shang Duan, Yulong Naxizuzizhixian, Lijiang Shi, Yunnan Sheng, China
Move on to Wenchang Palace. The palace was originally built in 1725 and was once the location for holding exams and folk lectures during the Qing Dynasty (1644-1911). Stroll around the area, and then move to Twin-Stone Garden where you can find a large waterwheel and bas-relief to commemorate the civilization of the Naxi nationality.
Duration: 30 minutes

Stop At: Lijiang Mural in Baisha Village, Baisha Yulong County, Lijiang 674101 China
Next, travel to Baisha ancient town at the foot of the Jade Dragon Snow Mountain. Here is the best place to witness the authentic life of the Naxi People and appreciate their culture. Enjoy lunch in the local restaurant, then set off to explore.

Baisha Village used to be a Naxi settlement and the birthplace of local Mu Family Governors. Its construction started during the Tang Dynasty (618 - 907), It was the political, economic and cultural center of Lijiang prior to the Ming Dynasty (1368 - 1644). Stroll around the village with your tour guide, learn the history about the village and a distinctive culture, language and traditions of Naxi people. Admire the Baisha Murals-a series of religious paintings were finished by Han, Tibetan and Naxi painters as well as painters from other nationalities, it is the symbol of Naxi Culture, and also a fusion of art from different nationalities.

Then, visit Dabaoji Palace and Fuguo Temple. Learn more about the Tibetan Buddhism and Naxi cultures.

After the tour finished, You can choose to end your tour in Lijiang or return Shenzhen.

Meals included:
• Lunch
• Breakfast: If you choose the option to including the hotel, the breakfast offered by hotel
No accommodation included on this day.

Informacion Adicional
"Confirmation will be received at time of booking"
"A current valid passport is required on the day of travel"
"Infants must sit on laps"
"Most travelers can participate"
"Stroller accessible"
"Not wheelchair accessible"
"This is a private tour/activity. Only your group will participate"

Duración: 2 Days
Lugar de comienzo: Traveler pickup is offered
Your driver will pick you up from your Shenzhen City hotel's lobby by holding your name sign