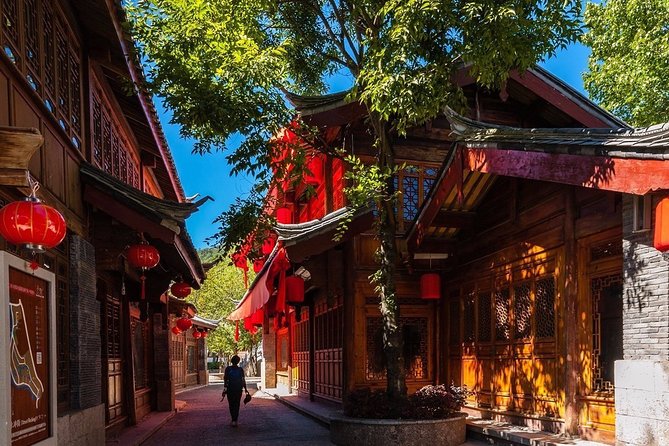 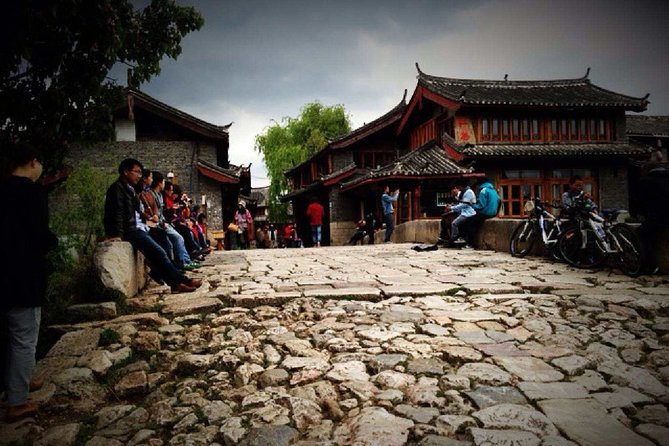 Escape the bustle of the city and discover the picturesque locations outside of Lijiang on this double-duty, full-day excursion. Use the convenient shuttle bus and cable car to reach the Jade Dragon Snow Mountain for stunning views of its glacier and peaks. Explore the temples and streets at Baisha and Shuhe Ancient villages, gain insight view of the history, culture, customs about ancient Naxi ethnic community. This private tour including English speaking tour guide, travel by private air-conditioned vehicle, entrance fee, round trip cable car, lunch and door-to-door hotel transfers.

Meet your private guide in hotel's lobby in Lijiang, heading directly to Jade Dragon Snow Mountain which takes about 1 hour. Sit back and enjoy the sceneries along the way.

Get the information and learn its legendary stories from your tour guide. Upon arrival, take the convenient cable car to the scenic viewing point (4506 meters), marvel at the spectacular glacier and mountain views. You can choose to hike up to 4680 meters by wooden stairs. When you are ready to leave, descend by cable car.

Next, travel to Baisha ancient town at the foot of the Jade Dragon Snow Mountain. Here is the best place to witness the authentic life of the Naxi People and appreciate their culture. Enjoy lunch in the local restaurant, then set off to explore.

Baisha Village used to be a Naxi settlement and the birthplace of local Mu Family Governors. Its construction started during the Tang Dynasty (618 - 907), It was the political, economic and cultural center of Lijiang prior to the Ming Dynasty (1368 - 1644). Stroll around the village with your tour guide, learn the history about the village and a distinctive culture, language and traditions of Naxi people. Admire the Baisha Murals-a series of religious paintings were finished by Han, Tibetan and Naxi painters as well as painters from other nationalities, it is the symbol of Naxi Culture, and also a fusion of art from different nationalities.

Then, visit Dabaoji Palace and Fuguo Temple. Learn more about the Tibetan Buddhism and Naxi cultures.

Your last stop is Shuhe Ancient Town which hidden in the forest at the foot of Jade Snow Mountain. It was listed as UNESCO sites as a well-preserved example of a town along the ancient tea route and one of the earliest settlements of the ancestors of Naxi people. Stroll around the village and visit important sites such as Sifang Street, Qinglong Bridge, Long Pool & Sansheng Palace. Learn more about Naxi people, culture and life which offer you strong culture of primitive simplicity.

After the tour finished, you will be transferred to your hotel in Lijiang.

Informacion Adicional
"Confirmation will be received at time of booking"
"Infants must sit on laps"
"Most travelers can participate"
"Stroller accessible"
"Not wheelchair accessible"
"This is a private tour/activity. Only your group will participate"

Duración: 8 To 9 Hours
Lugar de comienzo: Traveler pickup is offered
Your tour guide will hold your name sign waiting in the lobby of your hotel