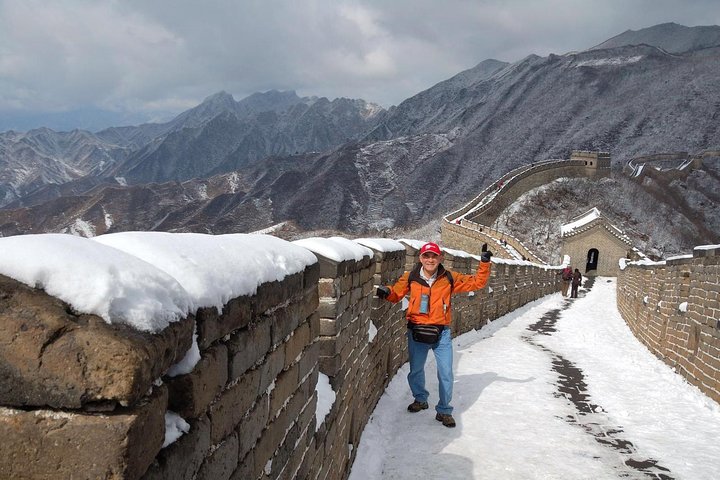 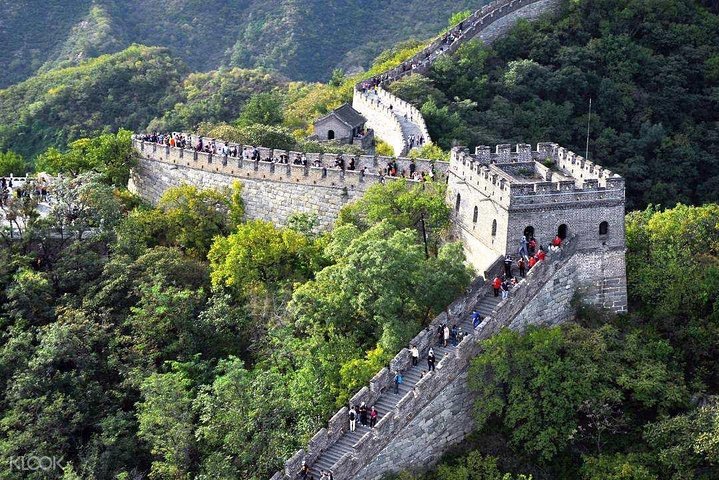 Experience the history and culture of China's Capital City-Beijing during this 2-day private tour from Qingdao by plane. Your friendly and knowledgeable private guide will give you a comprehensive overview of this fascinating city, its local community and cuisine during a 2-day private tour. The sites you will visit including the UNESCO Sites: Great Wall of China, Forbidden City, Temple of Heaven and Summer Palace. Admire the Tian'anmen Square, stroll along the local Hutong allays and enjoy authentic Chinese Lunch. Flexible itinerary of this private tour will let you travel and explore at your own pace and style. Tour including plane tickets, entrance fee, lunch, one night of accommodation in a 4-star hotel, English speaking tour guide and private vehicle, you can choose to end your tour in Beijing or return Qingdao.

Pass By: Qingdao Railway Station, Qing Dao Zhan, Shinan Qu, Qingdao Shi, Shandong Sheng, China
Your driver will pick you up from your hotel in Qingdao ,you will be transferred to airport for a 2 hour flight to Beijing.

Upon arrival, your tour guide will pick you up from the exit of the arrival hall by holding your name sign.

Tiananmen Square is one of the world’s largest public areas, is the home to the National Museum of China, the mausoleum of Mao Zedong and the great Monument to the Peoples’ Heroes.
Duration: 30 minutes

Stop At: Meridian Gate (Wu Men), The Entrance Gates Of Gugong, Beijing 100006 China
From Tian'anmen square, you will pass through the South gate to the magnificent Forbidden City

Stop At: Forbidden City-The Palace Museum, No.4 Jingshanqian Street, Dongcheng District, Beijing 100009 China
Forbidden City - a 250-acre complex of courtyards, palaces, pavilions and gardens, which served as the imperial palace for emperors and their households for more than 500 years. The Forbidden City was declared a World Heritage Site in 1987.
Duration: 2 hours

Stop At: Hall of Great Harmony (Taihe Dian), Inside The Palace Museum, Beijing China
Follow your tour guide to explore the major buildings inside the forbidden city, including Hall of Great Harmony, Hall of Central Harmony and Hall or Preserving Harmony.
Duration: 30 minutes

Stop At: Palace of Heavenly Purity, Inside The Palace of Museum, Dongcheng District, Beijing 100006 China
Then move on to inner court, explore Hall of Heavenly purity, the Hall of Union and Hall of Earthly Tranquility.
Duration: 20 minutes

Stop At: The Imperial Garden of The Palace Museum, Inside The Palace of Museum, Dongcheng District, Beijing 100006 China
Walking pass by Imperial garden, then end your tour from North Gate.

Temple of Heaven, one of the holiest Imperial temples in Beijing. Follow your tour guide to stroll around the courtyards and halls, learn history and culture from your tour guide. Check out how the emperors in the Ming and Qing Dynasties to worship the god.
Duration: 2 hours

After the tour finished you will be transferred to your hotel in Beijing.
Duration: 20 minutes

Stop At: Mutianyu Great Wall, Mutianyu Village, Bohai Town, Huairou District, Beijing China
You driver and tour guide will meet you at the hotel lobby at 8am and take you to the Mutianyu section of the Great Wall. It's is a bit more rugged and slightly less crowded than more famous Badaling section of the Wall. Over 96% of Mutianyu is covered with trees and orchards.

Follow your tour guide to hike up and down different towers, and enjoy the convenient way of cable car round trip ,or toboggan ride at the wall.
Duration: 2 hours

Stop At: Summer Palace (Yiheyuan), No.19 Xinjian Gongmen Road, Haidian District, Beijing 100080 China
You will continue to the well-preserved royal garden, the Summer Palace. World-renowned for its beautiful landscape and spectacular architecture the Summer Palace is listed as the World Heritage Site and considered as one of the most classical gardens in the world.
Duration: 2 hours

Stop At: Long Corridor at the Summer Palace, No.19 Xinjian Gongmen Road, Haidian District, Beijing China
Stroll along the Long corridor--which is the longest art gallery and corridor in the world, learn the stories about the paintings.

After the tour, you can choose to end your tour in Beijing or return Qingdao, your driver will pick you up from Qingdao airport and drop you off at your hotel in Qingdao.

Meals included:
• Lunch
• Breakfast
No accommodation included on this day.

Informacion Adicional
"Confirmation will be received at time of booking"
"Infants must sit on laps"
"Infant seats available"
"Most travelers can participate"
"Stroller accessible"
"Not wheelchair accessible"
"This is a private tour/activity. Only your group will participate"

Duración: 2 Days
Lugar de comienzo: Traveler pickup is offered
Your driver will pick you up from your Qingdao City hotel's lobby by holding your name sign