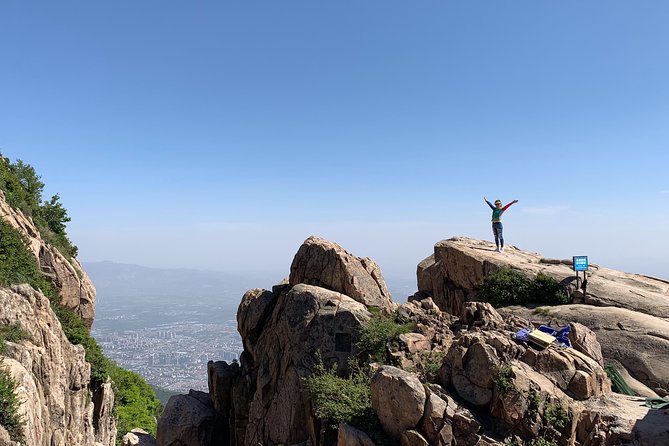 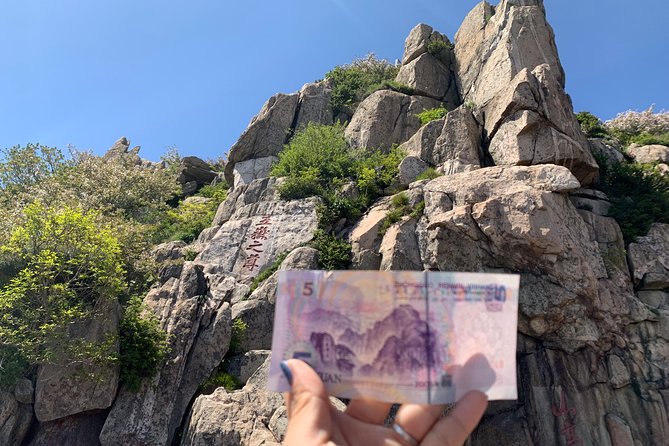 See the highlights of Qufu and Tai'an on this 2 day private tour from Qingdao by round-trip bullet train. Mount Tai is the most famous sacred mountain of China, with exceptional historic, cultural, aesthetic and scientific value. Take the panoramic cable car up to the Jade Emperor Peak, admire ancient monasteries as you travel to Jade Emperor Temple, Song Dynasty Bixia Temple and more.Stay overnight in Qufu, learn about the the history of the region and Confucius culture as you visit the World Cultural Heritage sites including Temple of Confucius, Confucius Family Mansion and Confucius Cemetery. This private tour including English speaking tour guide, transportation fee, entrance fee, cable car round trip, local lunch, one night accommodation in Qufu and train tickets. You can choose to end your tour in Tai'an, or Qufu or return Qingdao

Pass By: Qingdao Railway Station, Qing Dao Zhan, Shinan Qu, Qingdao Shi, Shandong Sheng, China
Your driver will transfer you from your hotel in Qingdao to the Train Station. Take the morning train to Tai'an(3 hours.)

Stop At: Mount Tai, Hongmen Road, Taishan District, Tai'an 271000 China
Upon arrival, meet your friendly local tour guide, travel to Taishan Tourists Center, take the shuttle bus to halfway point on the mountain - Mid-Heaven Gate (Zhongtianmen) which takes about 30 minutes. Then take the panoramic cable-car to the South Heaven Gate (Nantianmen), which brings you an amazing view of the nearby rolling peaks.

Stop At: Yuhuang Top, Tai Mountain, Taishan District, Tai'an 271001 China
Accompanied by your tour guide, stroll around the Jade Emperor Peak. Admire the stone tablets and inscriptions in the area. Walk to Jade Emperor Temple, which was built in honor of the Jade Emperor of Taoism.
Duration: 1 hour

Stop At: Bixia Temple, Taishan Top South, Taishan District, Tai'an 271002 China
Explore the Bixia Temple which was built at the year of 1008 during the Song Dynasty. It is the one of the masterpieces among Taoist buildings and represents the high constructing level of ancient Chinese architecture. Gain insight history of Taoism in China and its influence of Chinese culture.

Pass By: Qufu, Qufu, Shandong
Enjoy lunch in a local restaurant. Descending from the Jade Emperor Peak to the foot of the mountain.  Your tour guide will take you to Tai'an Railway Station, take the 20 minutes bullet train ride to your hotel in Qufu.

Stop At: Confucius Temple, Shendao Road, Qufu 273100 China
After breakfast in your hotel, travel to the Temple of Confucius and watch the "Opening Gate Ceremony".

Stop At: Qufu Dacheng Hall, Kong Temple, Qufu 272100 China
Temple of Confucius was first built in 478BC to commemorate Confucius. The temple was built according to the specification for imperial palaces. Stroll around the halls and courtyards with your tour guide, learn about the symbolic significance of the architecture,  admire the statue of Confucius, pay a visit to the stone tablets, steles and pavilions, discover Confucius' life experience, and many other historic and cultural items related to Confucius and Confucius culture.
Duration: 20 minutes

Stop At: Former Residence of Confucius in Qufu, Within the city, Qufu 273100 China
Next, explore the Kong Family Mansion. The descendants of Confucius live here and they were in charge of conducting elaborate religious ceremonies on occasions such as plantings, harvests, honoring the dead, and birthdays.

Stop At: Kong Forest, QuFu City North, Qufu 273100 China
Enjoy a lunch in the near by restaurant, explore the Confucian Cemetery. Confucian Cemetery has served as the family graveyard of Confucius and his descendants for more than two thousand years. There are about 3,600 tombstones dating from the Song, Yuan, Ming and Qing dynasties still standing in the cemetery.

You also can choose to end your tour in Tai'an or Qufu.

Note:
1: You will take the train on your own, your local English speaking tour guide will meet you in Tai'an

Informacion Adicional
"Confirmation will be received at time of booking"
"A current valid passport is required on the day of travel"
"Infants must sit on laps"
"Not wheelchair accessible"
"Stroller accessible"
"Most travelers can participate"
"This is a private tour/activity. Only your group will participate"

Duración: 2 Days
Lugar de comienzo: Traveler pickup is offered
Your driver will pick you up from the lobby of your Qingdao hotel by holding your name sign