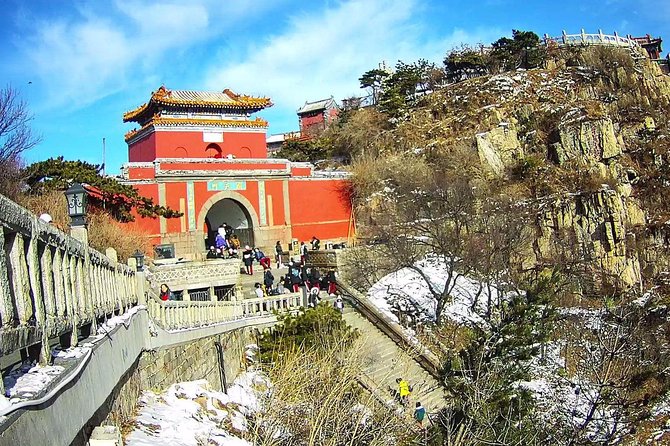 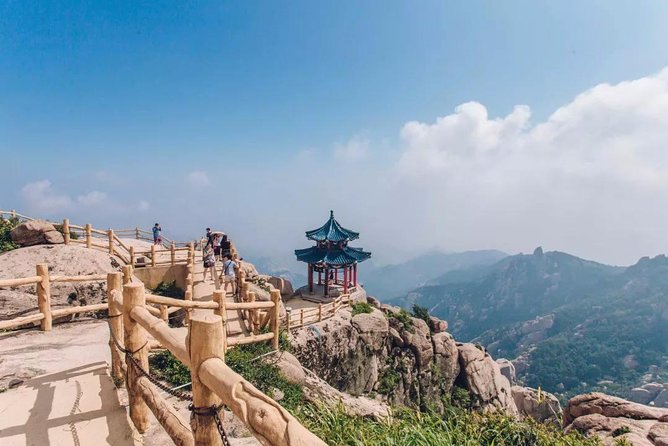 Soak up the highlights of UNESCO-listed Mount Tai on this comprehensive private guided tour from Qingdao by bullet train. Accompanied by your own tour guide, take the panoramic cable-car to the peak, admire ancient monasteries as you travel to Jade Emperor Temple, which was built in honor of the Jade Emperor of Taoism, and Song Dynasty Bixia Temple. Enjoy beautiful view of the soundings and overlook of the city. This private tour including English speaking tour guide, transportation fee, lunch, entrance fee, cable car round trip and train tickets, you can choose to end your tour in Tai'an or return Qingdao.

Your driver will pick you up from your Qingdao city hotels lobby and take you to Qingdao Railway Station. You will take the morning train to Tai'an which takes about 3 hours.

Upon arrival, your local tour guide will waiting for you at the exit of the arrival hall by holding your name sign. Then you will travel to Taishan Tourist Center.

Take a sightseeing bus to the halfway point on the mountain - Mid-Heaven Gate (Zhongtianmen) which takes about 30 minutes. Then take the panoramic cable-car to the South Heaven Gate (Nantianmen), which brings you an amazing view of the nearby rolling peaks.

Mount Tai is the most famous sacred mountain of China, with exceptional historic, cultural, aesthetic and scientific value. Settled by humans as early as the Neolithic, the mountain has been worshipped continuously throughout the last three millennia. It is considered one of the most beautiful scenic spots in China and was an important cradle of oriental East Asian culture since the earliest times. On the mountain there are 12 historically recorded imperial ceremonies in homage to Heaven and Earth, about 1,800 stone tablets and inscriptions, and 22 temples.

Explore the Bixia Temple which was built at the year of 1008 during the Song Dynasty. It is the one of the masterpieces among Taoist buildings and represents the high constructing level of ancient Chinese architecture. Gain insight history of Taoism in China and its influence of Chinese culture. Here, you will enjoy a breathtaking bird's eye view of the entire area.

Depending on your time, you can choose to visit Dai Temple or travel back to railway station.

Dai temple , this is a spot not to be missed.  The temple was first built during the Qin Dynasty (206 BC - 220 AD), its design has been a replica of the imperial palace. The temple has five major halls and many small buildings. The centerpiece is the Palace of Heavenly Blessings (Tian Kuang), built in 1008. The hall houses the mural painting "The God of Mount Tai Making a Journey" which is 3.3 metres high and 62 metres long. The Dai Temple is surrounded by the 2,100 year-old Han Dynasty cypresses.

After the tour finished, you can choose to end your tour in Tai'an or return Qingdao.

Informacion Adicional
"Confirmation will be received at time of booking"
"A current valid passport is required on the day of travel"
"Infants must sit on laps"
"Not wheelchair accessible"
"Most travelers can participate"
"This experience requires good weather. If it’s canceled due to poor weather, you’ll be offered a different date or a full refund"
"This is a private tour/activity. Only your group will participate"

Duración: 8 To 10 Hours
Lugar de comienzo: Traveler pickup is offered
Your driver will pick you up in the lobby of your Qingdao hotel by holding your name sign