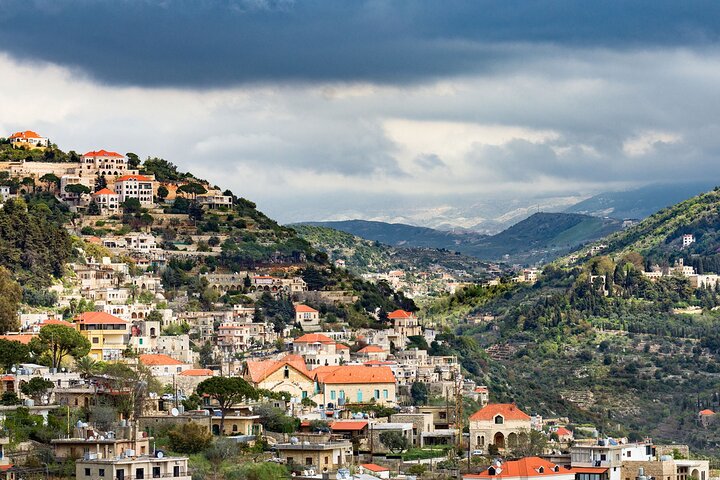 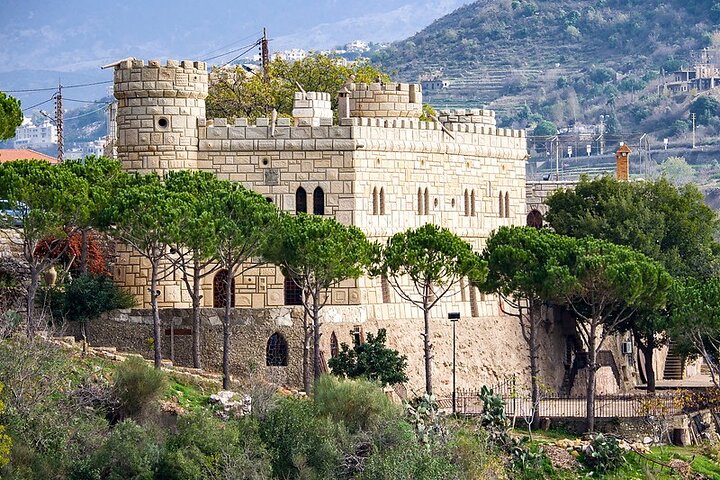 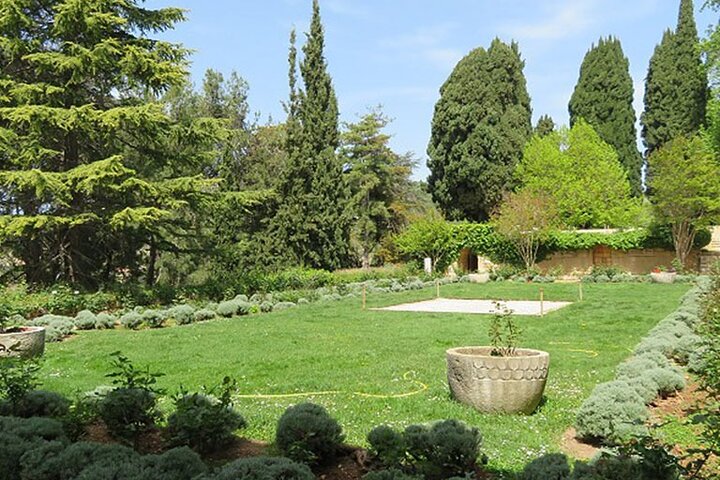 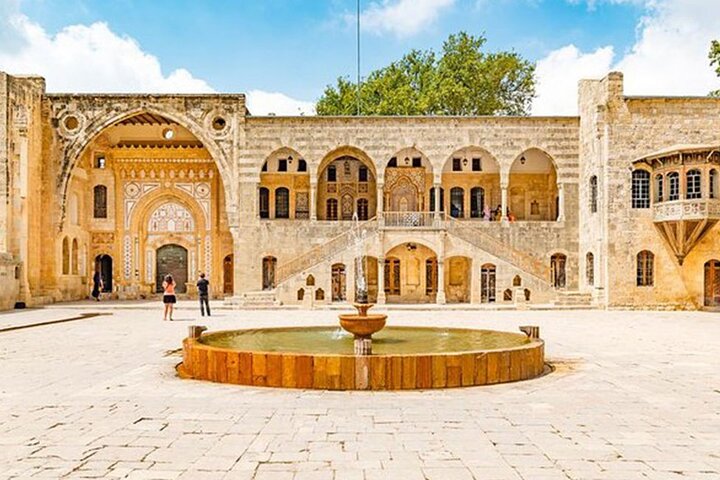 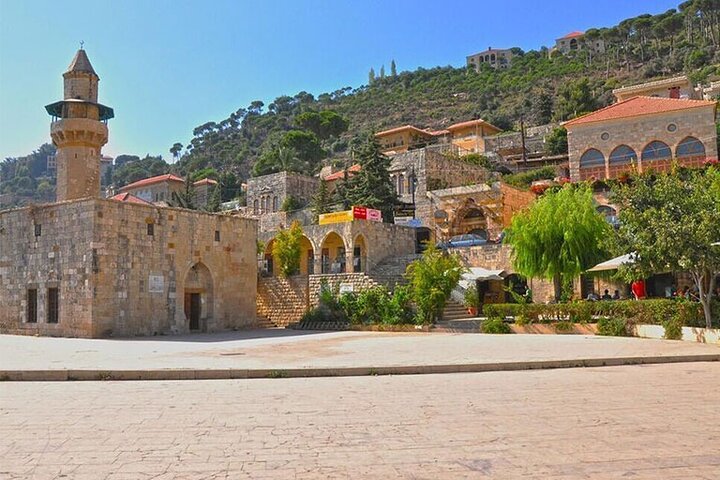 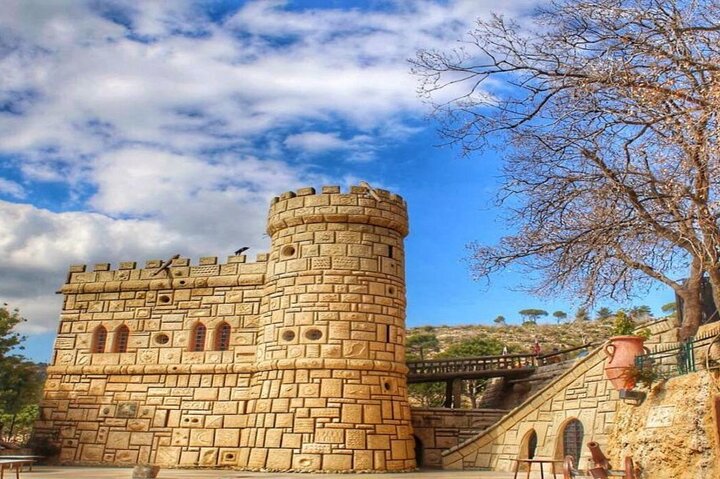 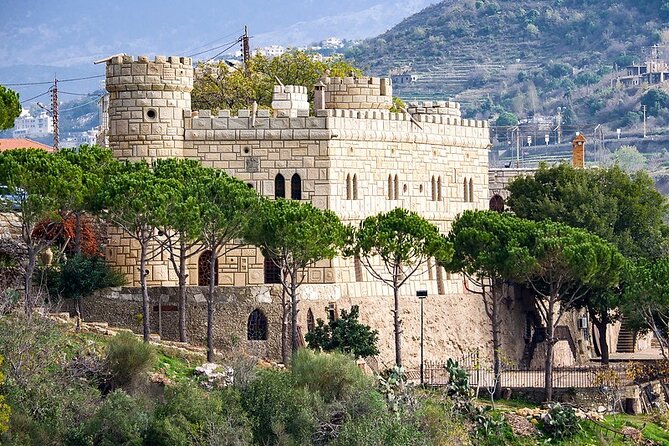 Just a short car ride away from the bustling Beirut is Chouf region. All of our travelers love strolling around the historical middle-era town in mount Lebanon. Explore the amazing alleys and streets of Deir el Qamar village and discover Moussa Castle, a unique castle surrounded by pine and oak trees. Also, you're going to discover some of the most unique fusion of Italian architecture in Lebanon while visiting Beiteddine Palace.

Beiteddine Palace or ‘House of Faith’ is a 19th-century palace in Beiteddine, Lebanon. It hosts the annual Beiteddine Festival and the Beiteddine Palace Museum.
Emir Bashir Chehab II, who later became the ruler of the Mount Lebanon Emirate, built the palace between 1788 and 1818. After 1840, the palace was used by the Ottomans as a government building. During the French Mandate it served as a local administrative office.
In 1943, the palace was declared the president's official summer residence. During the Lebanese Civil War it was heavily damaged. Parts of the palace are today open to the public while the rest is still the president's summer residence.

The site of Qasr Moussa or Moussa Castle tells the story of a man who pursued the dream of building his own castle.
The castle was built on a hill between Deir El Kamar and Beiteddine - Lebanon, with the beliefs and ideas of its builder engraved on its stones. The castle was built by Moussa Al Maamari who was born on July 27, 1931. His idea of building a castle began when he was only 14 years old to impress a local girl he loved.

Deir al-Qamar, meaning "Monastery of the Moon" is a village located south-east of Beirut and five kilometres outside of Beiteddine palace in the Chouf District of the Mount Lebanon.
Deir El Qamar was the first village in Lebanon to have a municipality in 1864, and it is the birthplace of many well known personalities, such as artists, writers, and politicians. People from all religious backgrounds lived there and the town had a mosque, synagogue and Christian churches.
In the year 1860, Deir al-Qamar was destroyed during the civil war between Druze and Christians during which the town was set ablaze. Napoleon III sent a French contingent to rebuild it, recalling France ancient role as protector of the Christians in the Ottoman Empire as established by a treaty in 1523.
In 1864, Deir el-Qamar elected the first municipality in the Arab provinces of the Ottoman Empire.
The village retains a remarkable picturesque appearance with typical stone houses with red tile roofs.

Fakhreddine Mosque with its octagonal minaret is a mosque in Deir el Qamar, Lebanon. Built in 1493 and restored in the sixteenth century by Fakhreddine 1st, it is the oldest mosque in Mount Lebanon.

The Church of Saidet et Tallé and translated as Our Lady of the Hill is one of the most important historical and religious sites in Deir el Qamar and dates to the 15th century.
Monk Nicolas Smisaati built a church on the site over the ruins of an old Phoenician temple dedicated to the goddess Astarte that was later destroyed by an earthquake in 859.
According to the Maronite Heritage web site, "the legend says that there was a Druze Emir in Baakline looking at the hill of Dar El Kamar. He saw a light coming out of the hill so he gathered his soldiers and ordered them to go in the morning and dig in the land. He said to them: 'If you find an Islamic symbol, build a mosque. If you find a Christian symbol, build a church."
In the morning, the soldiers went and found a rock with a cross on it and under the cross there was the moon and venus. That was the sign that in the distant past there was a temple dedicated to the moon and venus and later it became a church.

Informacion Adicional
"Confirmation will be received at time of booking"
"Not wheelchair accessible"
"Most travelers can participate"
"This is a private tour/activity. Only your group will participate"
"Face masks required for travelers in public areas"
"Hand sanitizer available to travelers and staff"