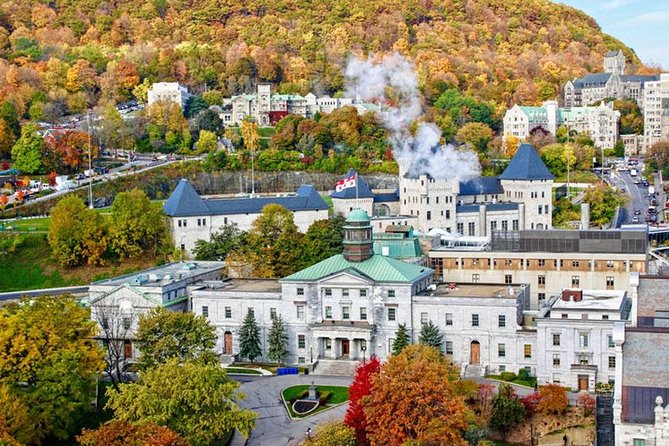 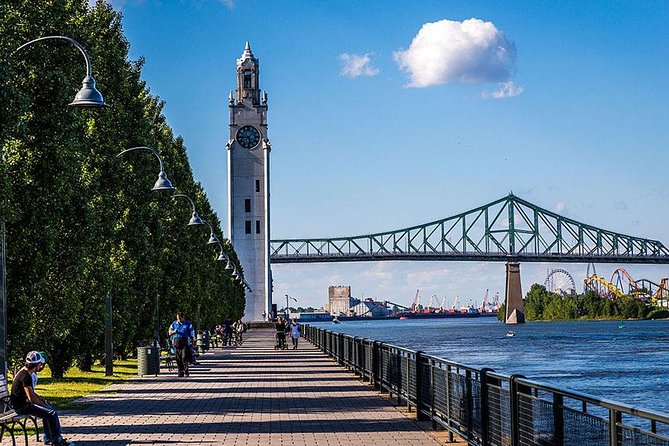 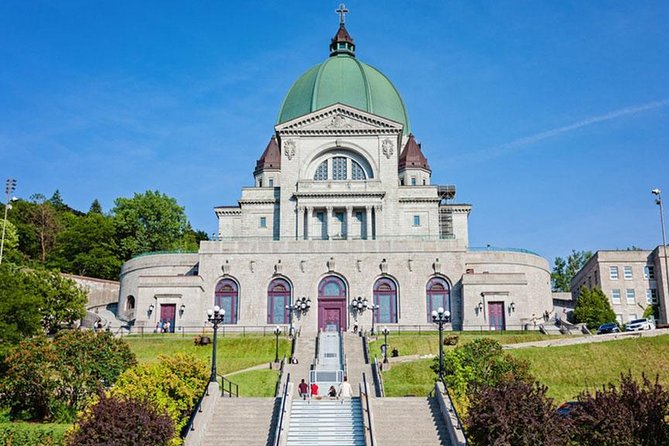 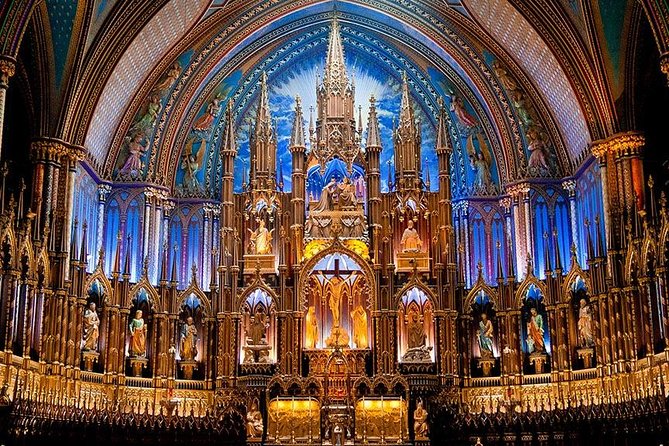 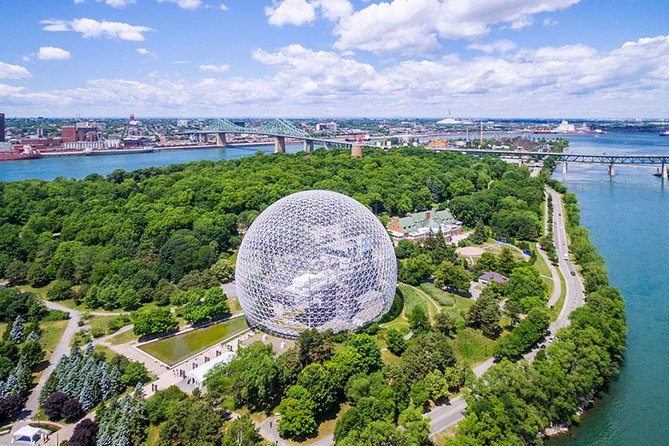 Parc Jean-Drapeau (formerly called Parc des Îles) is situated to the east of downtown Montreal, Quebec, Canada, in the Saint Lawrence River. It comprises two islands, Saint Helen's Island and the artificial island Notre Dame Island.
The islands were the site of the Expo 67 World's Fair. Notre Dame Island was constructed for the exposition, and Saint Helen's Island artificially extended at its north and south ends. The park was renamed in honour of Jean Drapeau, the late mayor of Montreal and initiator of Expo 67.

Olympic Stadium(French: Stade olympique) is a multi-purpose stadium in Canada, located at Olympic Park in the Hochelaga-Maisonneuve district of Montreal. Built in the mid-1970s as the main venue for the 1976 Summer Olympics, it is nicknamed "The Big O"

Saint Joseph's Oratory of Mount Royal (French: Oratoire Saint-Joseph du Mont-Royal) is a Roman Catholic minor basilica and national shrine on Mount Royal's Westmount Summit in Montreal, Quebec. It is Canada's largest church and claims to have one of the largest domes in the world.

Old Montreal (French: Vieux-Montréal) is a historic neighbourhood within the municipality of Montreal in the province of Quebec, Canada. Founded by French settlers in 1642 as Fort Ville-Marie, Old Montreal is home to many structures dating back to the era of New France.

Informacion Adicional
"Confirmation will be received at time of booking"
"Not wheelchair accessible"
"Near public transportation"
"Infants must sit on laps"
"Not recommended for travelers with back problems"
"Not recommended for pregnant travelers"
"No heart problems or other serious medical conditions"
"Most travelers can participate"
"This experience requires good weather. If it’s canceled due to poor weather, you’ll be offered a different date or a full refund"
"This experience requires a minimum number of travelers. If it’s canceled because the minimum isn’t met, you’ll be offered a different date/experience or a full refund"
"This tour/activity will have a maximum of 50 travelers"

Traveler pickup is offered
* Hotel pick up is available from Montreal hotel within 5 km radius from Tourist Information Center, downtown Montreal
* Please arrange to pick up from your hotel when you call to confirm your reservation
* For hotel pick up, please be ready and waiting in your hotel lobby 15 minutes prior to your scheduled pickup time
* Please do not forget to the area code when you fill in your phone number