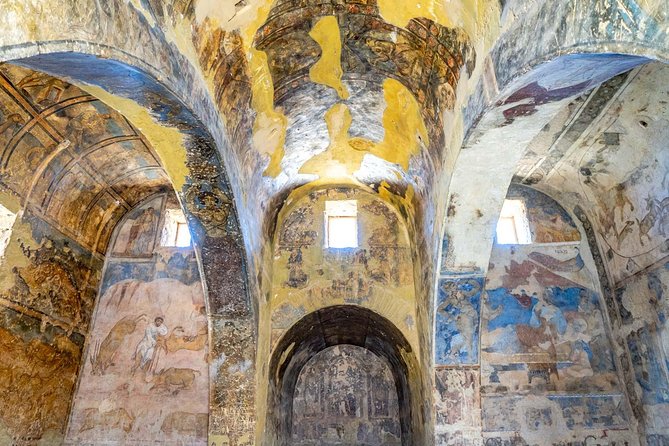 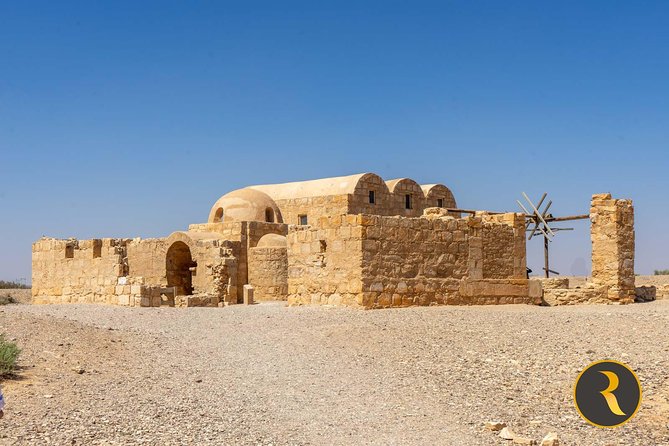 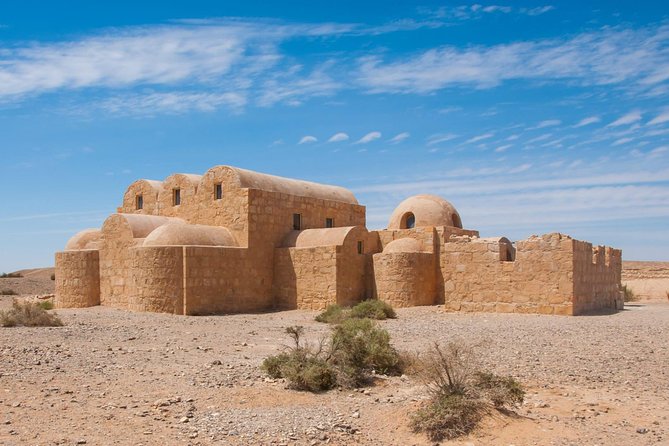 The Desert Castles Full Day Tour From Amman or Madaba

Jordan's Umayyad desert castles are beautiful examples of early Islamic art and architecture and stand testament to a fascinating era in the country's rich history. Take a private half-day tour and delve deep into the history of Jordan under the expertise of a professional and knowledgeable driver. The structures are called castles because of their imposing stature. The desert complexes once served various purposes as caravan stations, agriculture and trade centers, resort pavilions, and outposts that helped distant rulers forge ties with local Bedouins. Inside the castles, early Islamic art can be found. The fine mosaics, frescoes, stone and stucco carvings are inspired by the best in Persian and Greco-Roman traditions and reveal to us countless stories of the life as it was during the 8th Century. Spend around 30-45 minutes visiting each site.

At 8.30am start the private tour from your hotel in Amman to the first fortress. Transfers from site to site last about 45 minutes each. The first stop is thought to have been built by the Romans around 300 CE, during the reign of Diocletian. The structure was also used by the Byzantines and Umayyads. Qasr al-Azraq underwent its final major stage of building in 1237 CE, when the Mamluks redesigned and fortified it. In the 16th century the Ottoman Turks stationed a garrison there, and Lawrence of Arabia made the fortress his desert headquarters during the winter of 1917, during the Great Arab Revolt against the Ottoman Empire.

Heading back towards Amman on Highway 40, Qusayr ‘Amra is about 17.5 miles (28 km) from Azraq. This is the best preserved of the desert castles, and probably the most charming. It was built during the reign of the Caliph Walid I (705-715 CE) as a luxurious bath house. Qasr al-Harraneh remains an enigma to archaeologists and historians. With its high walls, arrow slits, four corner towers and square shape of a Roman fortress, Qasr al-Harraneh would appear to be a defensive castle.

You will then be driven back to your hotel in Amman.

Informacion Adicional
"Confirmation will be received at time of booking"
"Not wheelchair accessible"
"Infant seats available"
"Any Type of Baby Seat, Child Seat or Infant seat available- must inform us 24 Hrs in advance"
"Most travelers can participate"
"This experience requires good weather. If it’s canceled due to poor weather, you’ll be offered a different date or a full refund"
"This experience requires a minimum number of travelers. If it’s canceled because the minimum isn’t met, you’ll be offered a different date/experience or a full refund"
"This is a private tour/activity. Only your group will participate"

Duración: 5 To 8 Hours
Lugar de comienzo: Traveler pickup is offered
We Pick you up from any Hotel or Place Within Amman City or Madaba City .
If you decided to pick you up from Amman Airport (Please Note that our representative will be standing at the front of Starbucks with a sign board under your name.