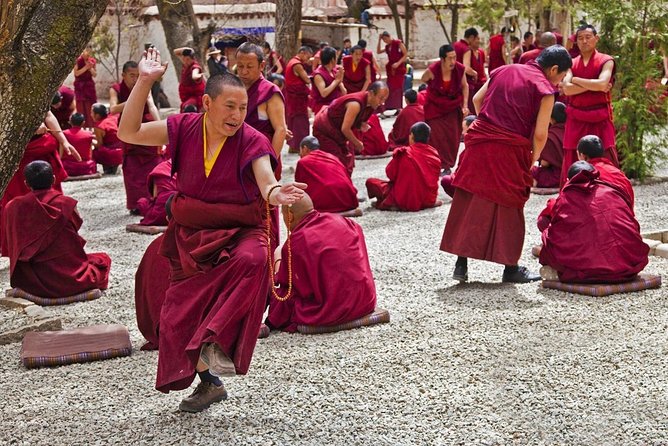 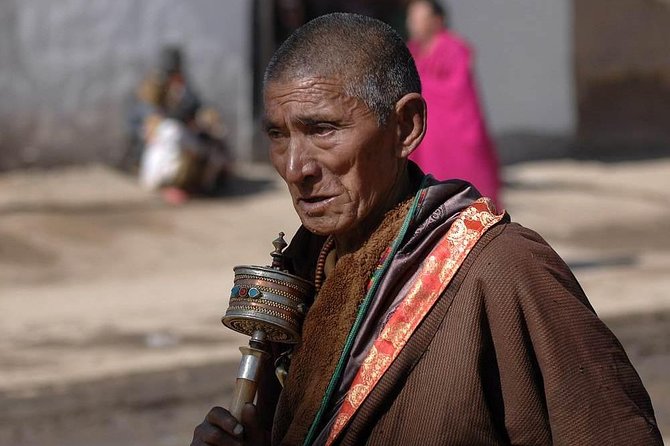 ★ No shopping. Pure sightseeing.
★ Officially registered Tibetan English guide.
★ High quality service provided by our professional team.
★ Small group tour to guarantee the service and quality.
★ Comfortable tourist vehicle with oxygen and water supply to make sure the safety and comfort.
★ Use fingertip blood oxygen meter to follow guests’ health condition.
★ Hand-picked Tibetan restaurants with safe food and local flavor.
★ Comfortable hotel with good location.
★ Traditional Tibetan welcome dinner and use Tibetan restaurants during the tour as much as possible.
★ Pay more attention to interaction and activities with local communities rather than just tour.

Pass By: Lhasa, Lhasa, Tibet
Arrive in Lhasa and transfer to hotel. The rest time is for you to relax or explore the city on your own.

No meals included on this day.
Accommodation included: 3-star hotel

Stop At: Potala Palace, No.35 Gongqian Alley, Beijing Middle Road Cheng Guan District, Lhasa 850000 China
Potala Palace is the highest ancient palace in the world. Potala, named after a holy hill in South India, is a Sanskrit word meaning "Abode of the Avalokitesvara (Buddha of Mercy)." The Potala Palace is said to be used for greeting a Han Princess. Legend has it that in the 7th century, to greet his bride Princess Wencheng of the Tang Dynasty (618 - 907) of China, the Tibet King Songtsen Gampo built a 9-storey palace with a thousand rooms up on the Red Hill and named it Potala. The palace was mainly made of stones and woods, and decorated with special local willow branches called Baima Grass.
Duration: 1 hour

Stop At: Jokhang Temple, Barkhor Street, Chengguan District, Lhasa 850000 China
Located in the old area of Lhasa City, Tibet, Barkhor Street is a very ancient round street surrounding the Jokhang Temple and the locals are always proud of it. As a symbol of Lhasa, it is also a must-see place for visitors.
Duration: 2 hours

Stop At: Barkhor Street, Chengguan District, Lhasa 851500 China
It's said that in 647, the first Tibetan King Songtsen Gampo (617 - 650) built the Jokhang Temple. Due to its magnificence, it quickly attracted thousands of Buddhist pilgrims. As a result, a trodden path appeared. That is the origin of Barkhor Street. Today many pilgrims still hold the prayer wheels to walk clockwise there from dawn to dark. Also, you can see some pilgrims walking or progressing body-lengths by body-lengths along Barkhor Street.
Duration: 1 hour

Stop At: Sera Monastery, Wuze Hill , Sera Chengguan District, Lhasa 850000 China
Located at the foot of Tatipu Hill in the northern suburb of Lhasa City, Sera Monastery is one of three famous monasteries in the city along with the Drepung Monastery and the Ganden Monastery. Everyday, Lamas will debate in the courtyard with each other to discuss the Tibetan sutra. You cannot miss this amazing scene when visiting Tibet.
Duration: 2 hours

Stop At: Drepung Monastery (Zhebang Si), Southern Slope of Genpeiwuzi Mountain, Chengguan District, Lhasa 850000 China
Situated at the foot of the Mountain Gambo Utse, 5 kilometers (3.1 miles) from the western suburb of Lhasa, the Drepung Monastery is known as the most important monastery of Gelugpa in Tibetan Buddhism. It is considered one of the 'Three Great Monasteries' (the other two are the Ganden Monastery and the Sera Monastery). Covering an area of 250,000 square meters (299,007 square yards), it held 7,700 monks in total and possessed 141 fazendas and 540 pastures in its heyday, and is the largest-scale monastery among the ones of the same kind.
Duration: 3 hours

Pass By: Lhasa, Lhasa, Tibet
Send to airport/train station based on the departure schedule. Tour ends.

Meals included:
• Breakfast: Breakfast at hotel
No accommodation included on this day.

Informacion Adicional
"Confirmation will be received at time of booking"
"A current valid passport is required on the day of travel"
"Not wheelchair accessible"
"Near public transportation"
"Infants must sit on laps"
"Most travelers can participate"
"This experience requires good weather. If it’s canceled due to poor weather, you’ll be offered a different date or a full refund"
"This experience requires a minimum number of travelers. If it’s canceled because the minimum isn’t met, you’ll be offered a different date/experience or a full refund"
"This tour/activity will have a maximum of 13 travelers"