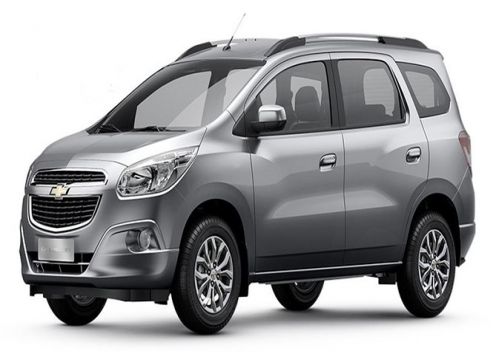 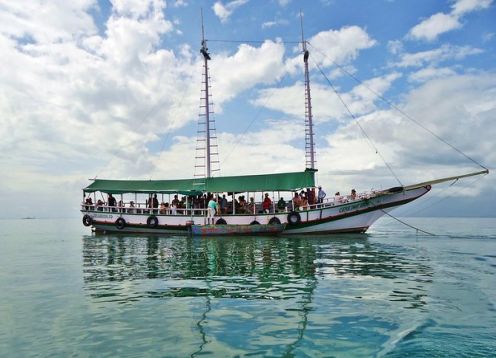 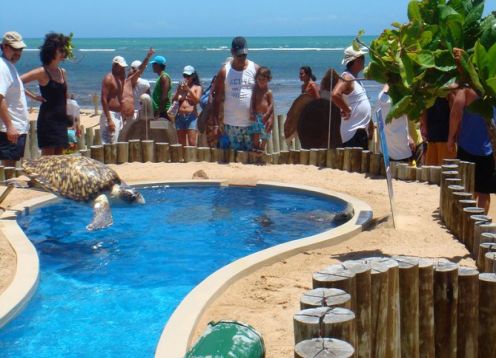 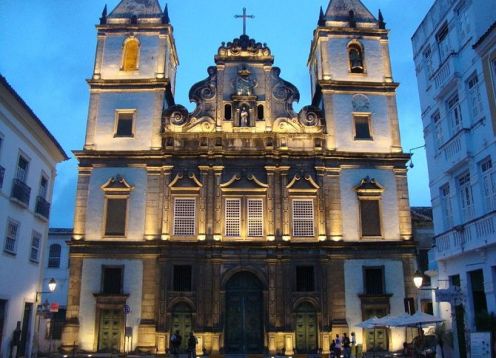 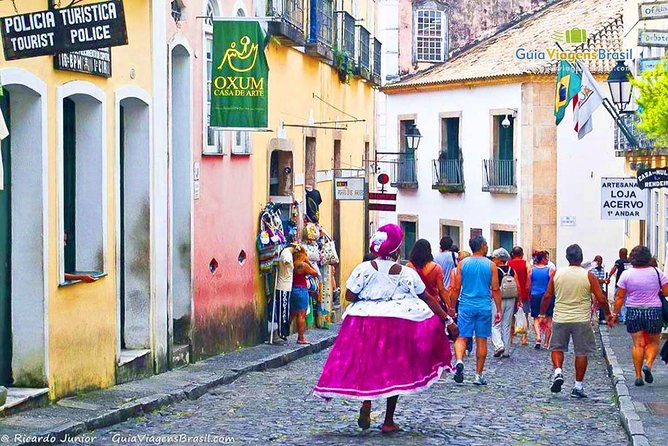 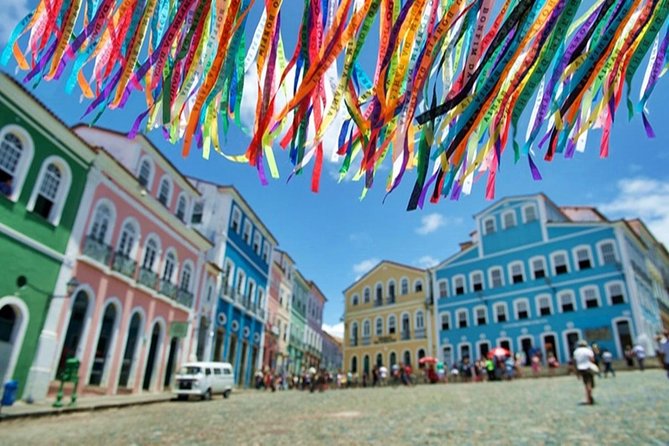 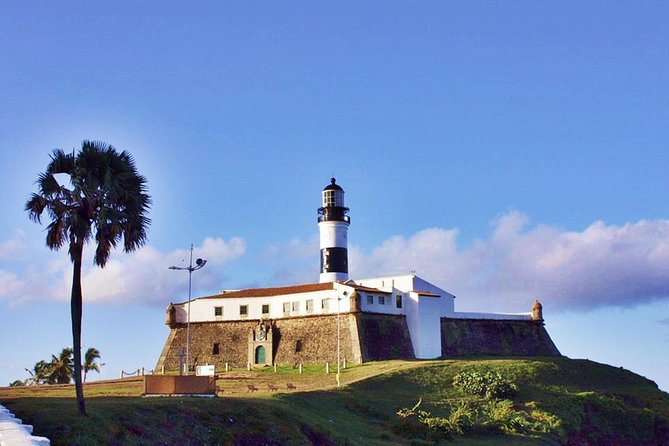 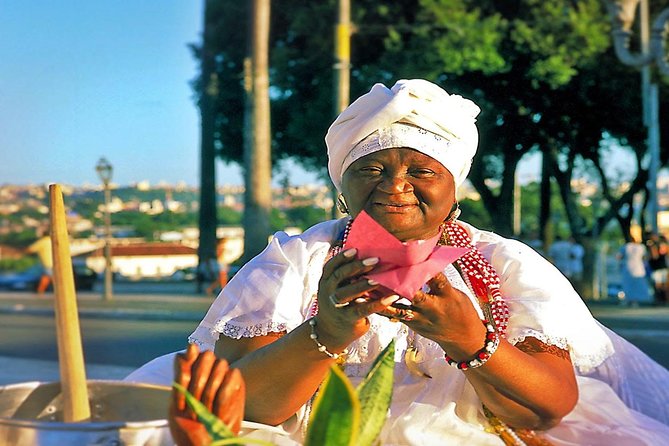 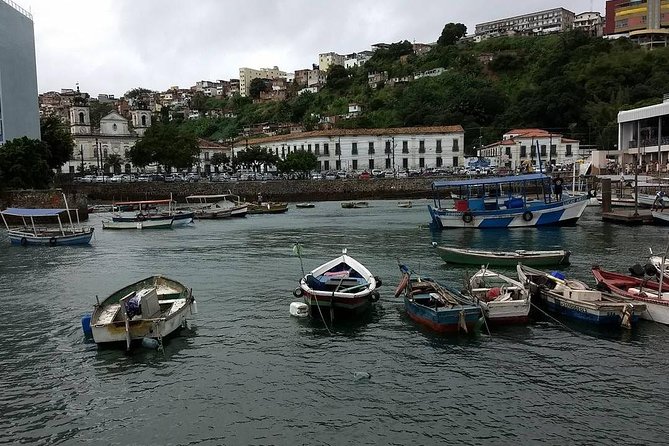 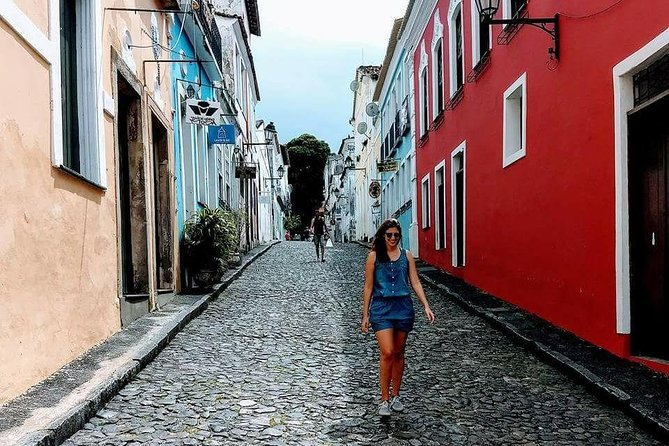 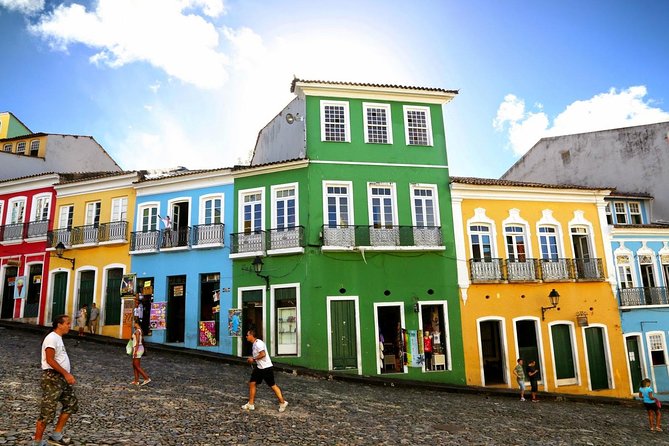 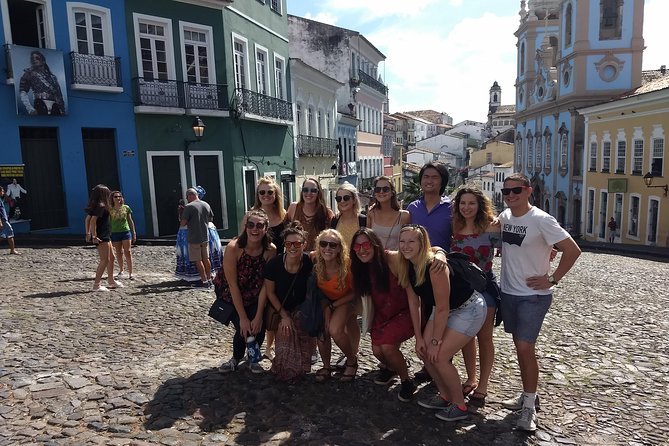 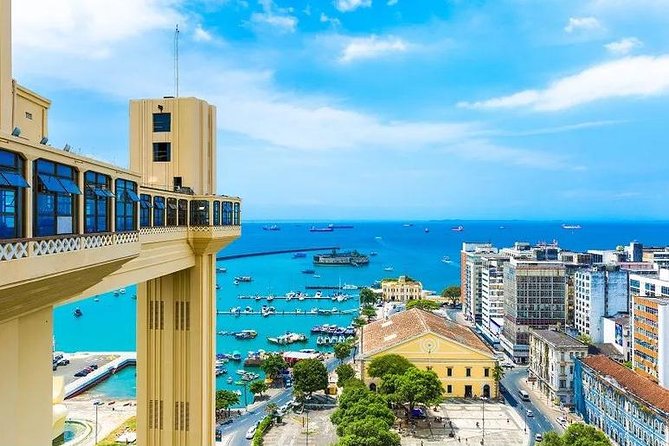 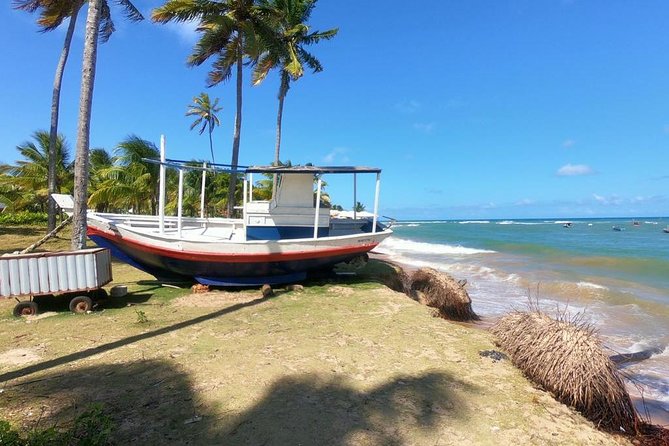 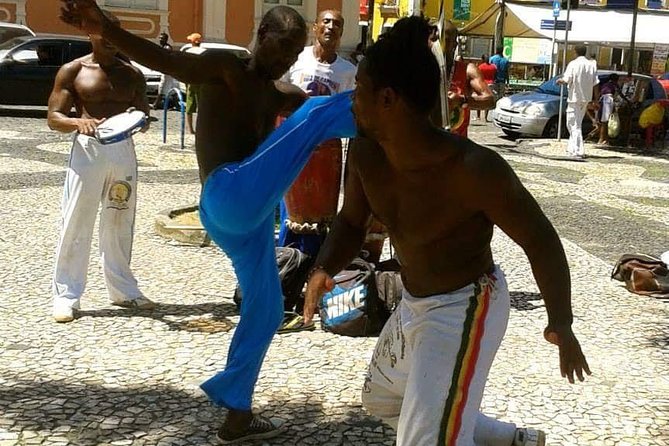 The first beach of the city from the Portuguese colonizer's arrival.

This a wonderful stop for a photo, it will take around twenty minutes to explore the area in a walking tour with your personal tour guide. It's not included to go inside of the fort, but, you can use your time for that (tickets not included, you will pay R$12 per person to go in)

stop from the car to have a photo of the independence monument. not drop off and walking.

we will stop to explore the huge energy of this place and understand the religious aspect of the local in belives of catholic and African saints.

Great stop to see the African orixas images and see from outside the Stadium of football.

this a special stop to see the local artcraf and stop for shopping of souvenirs.

walking tour around the old city, the complex of 5 squares of colonial building and explore the manly historic part of Brazil in cobbled stone streets and feel the magic of our history accompanied by our tour guide with a special explanation of it.

this optional stop to go in depending on your interesting, its amazing architecture and today its a memorial of the state´s governors of democracy in a republic period. attention's not opening in a regular time so it's impossible to guarantee the entrance.

The Carmo Convent and church of Salvador was a soteropolitan Carmelite convent, located in Ladeira do Carmo, Pelourinho. It is one of the largest and oldest of the Order of Carmel in Brazil. It began to be erected in 1586 by the First Order of Carmelite Friars. It served as shelter for the Bahians who in the war against the Dutch, who aimed to dominate Bahia, and Brazil as a result, and there found refuge and security in the walls that are true fortresses.

stop for tasting a special ice-cream made since from 1931.

stop for a special view from Salvador, in a fortress of mont serrat, not go in, this is a building belonging to the Army and its closed, we will do walking around of it for photos and drinking coconut water.
(coconut water cost R$ 5 per person)

we will go in to experience it.

stop and go in to explore the most beautiful ecclesiastic Jesuit art in South America.

Informacion Adicional
"Confirmation will be received at time of booking"
"Not wheelchair accessible"
"The duration of transfers are approximate, the exact duration will depend on the time of day and traffic conditions"
"Infant seats available"
"Most travelers can participate"
"This is a private tour/activity. Only your group will participate"

Hora de Inicio: 8:00 AM
Duración: 6 Hours
Lugar de comienzo: Traveler pickup is offered
we need the name of the hotel independently if it's not on the area selected, we pick up all clients in all hotel around Salvador City or in Airbnb address.