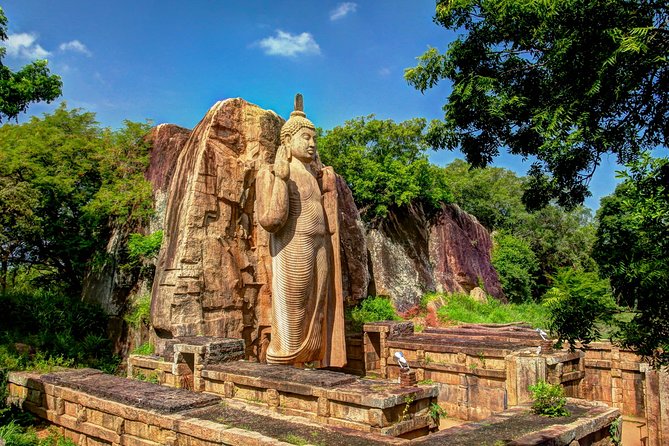 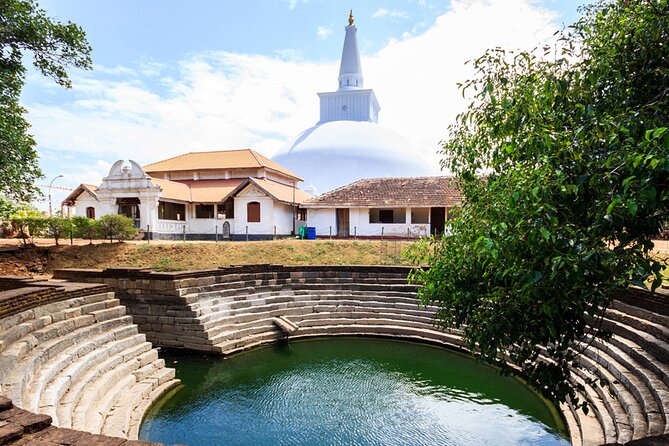 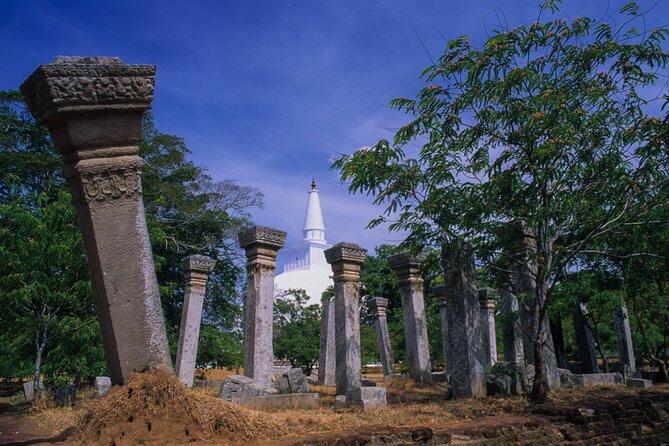 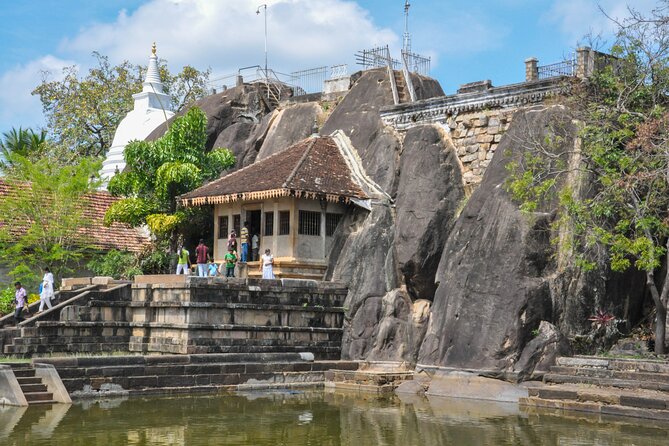 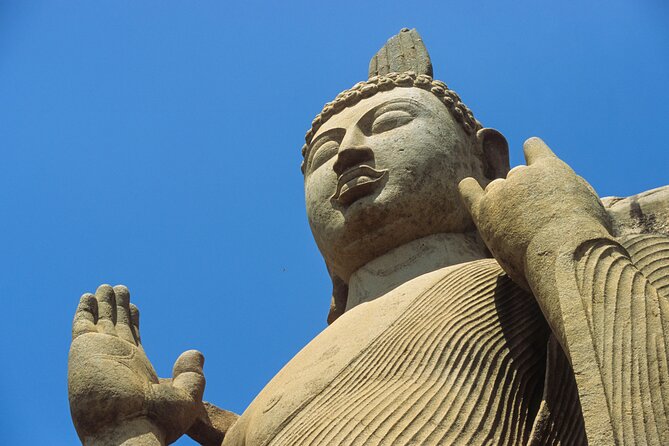 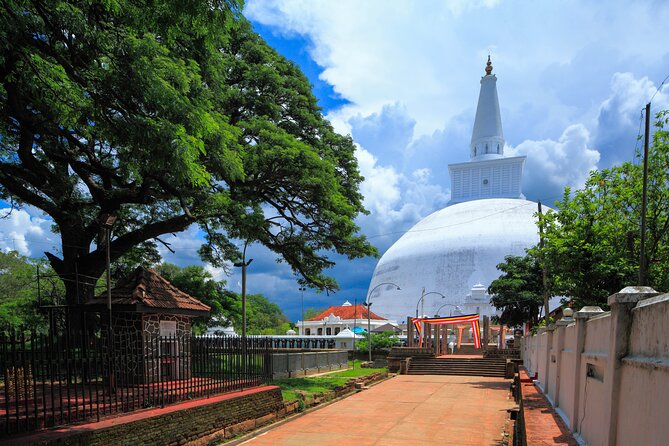 (SKU: LK60211800) Anuradhapura is on of the largest and most ancient cities of Sri Lanka. The location of the capital of the first major kingdom of the island.It was a very religious city.Its temples and dagobas stand to this day, a crumbling testament to religious fervor.This one-day tour gives you the chance to walk amongst the haunting landscape of Anuradhapura filled with the aura of spirituality. Visit key monuments and lesser known marvels. Learn the history of these structures, and their early Buddhist connotations. Explore the hidden meditation caves of the monks from centuries ago. Find your own inner spirituality and peace as you discover this city of spiritual marvels.

You will then be going to see many important ancient stupas, such as Ruwanweli Maha Seya. This giant stupa was built by King Dutugemunu in 140 BC. It later fell into ruin and was renovated by a monk in the 19th century. Dutugemunu was one of the earliest Sinhalese kings of Sri Lanka. You will learn more about his enthroning and his reign. Many other such ancient historical temples will be part of your tour.

It is hard to believe – but there is no shadow of doubt at all – that this small tree with limbs so slender that they must be supported on iron crutches, is the oldest historically authenticated tree in the world.

It has never since been without its hereditary attendants and care, to the very end, of the country’s kings. As lately as the reign of King Keerti Sri Rajasingha, a wall was built around the tree. In 1966 it was enclosed with a golden railing.

The sapling was brought to Sri Lanka by Buddhist nun Sanghamitta, the daughter of King Asoka of India during the 3rd Century B.C. To the north of the well protected and well adorned tree are three great monasteries: the Mahavihara, the Abhayagiri and the Jetavana.

The Jetavanarama Dagoba’s massive dome rises above the entire eastern part of Anuradhapura. Built in the 3rd century by Mahasena, it may have originally topped 120m, but today is about 70m – similar to the Abhayagiri. When it was built it was almost certainly the third-tallest monument in the world, the first two being Egyptian pyramids.

Its vast, bulbous form is unplastered and said to consist of more than 90 million bricks.

The main stupa at Abhayagiri Monastery , Abhayagiri Stupa was built over a footprint of Buddha. The Bo tree at the monastery is an off-shoot of the Sri Maha Bodhi tree also at Anuradhapura. Standing at 370 ft in height, when it was first built, Abhayagiri Dagoba was the second tallest dagoba in Sri Lanka. During its glorious days, Abhayagiri Monastery was home to one of the finest libraries in the world. In memory of the Chinese Buddhist monk Fa-Hsien who studied the Buddhist manuscripts therein in the 5th Century CE, a new museum was established by the Chinese government so that the archaeological treasures discovered in the recent excavations could be deposited and displayed.

Aukana Buddha Statue in Asisa Mudra or the “posture of blessing” is carved out of a rock boulder. The statue is carved in the round connected to the back to the rock boulder. The delicate and skillful carving of the Buddha’s robe humanizes and chastely reveals the underlying form of his body, while the face’s impassive expression projects an aura of spiritual supremacy.

It is said that the degree of alignment of the statue is such that raindrop on the nose would drop straight down to small depression carved between the toes. Aukana Buddha Statue is a masterpiece of a colossal Buddha Statue by an unknown sculptor: the serene expression of the statue, the gracefully carved robe with neat pleats brings in delicateness that could hardly be moulded into a rock. The impassive expression of the face reflects the supreme spirituality.

Informacion Adicional
"Confirmation will be received at time of booking"
"Not wheelchair accessible"
"Near public transportation"
"Most travelers can participate"
"This experience requires good weather. If it’s canceled due to poor weather, you’ll be offered a different date or a full refund"
"This experience requires a minimum number of travelers. If it’s canceled because the minimum isn’t met, you’ll be offered a different date/experience or a full refund"
"This is a private tour/activity. Only your group will participate"
"Face masks required for travelers in public areas"
"Face masks required for guides in public areas"
"Face masks provided for travelers"
"Hand sanitizer available to travelers and staff"
"Social distancing enforced throughout experience"
"Gear/equipment sanitized between use"
"Transportation vehicles regularly sanitized"
"Guides required to regularly wash hands"
"Regular temperature checks for staff"
"Temperature checks for travelers upon arrival"
"Paid stay-at-home policy for staff with symptoms"
"Contactless payments for gratuities and add-ons"