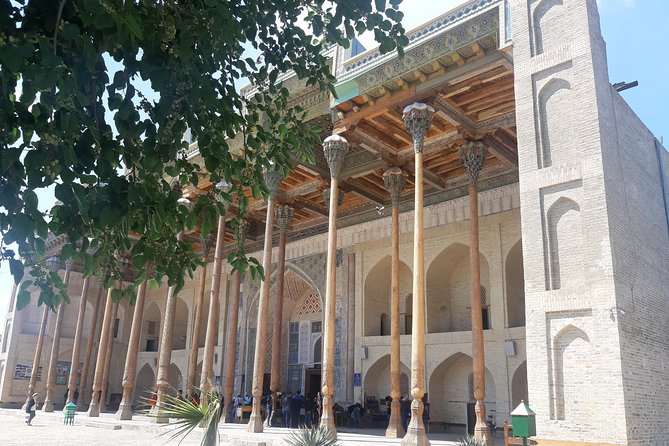 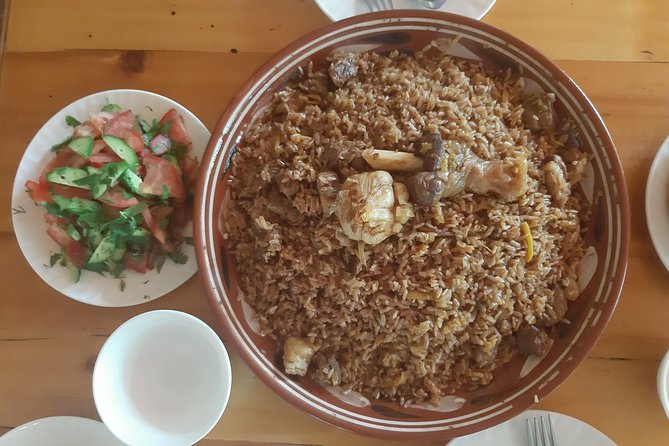 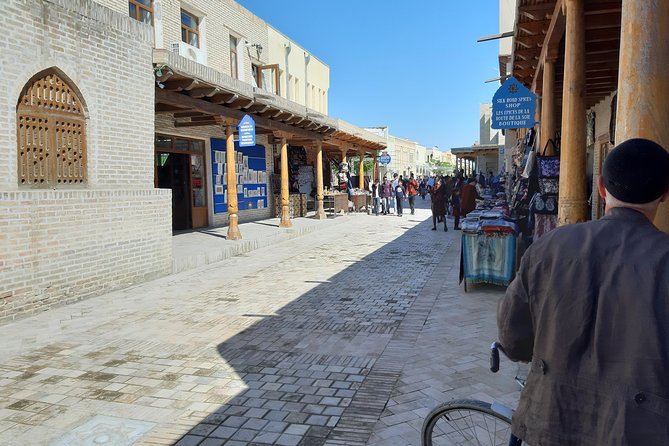 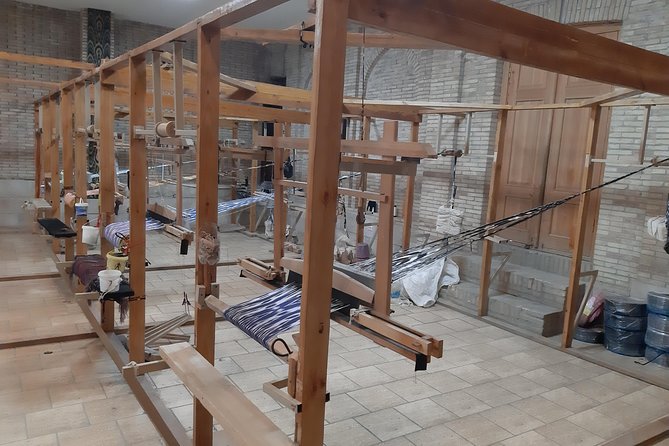 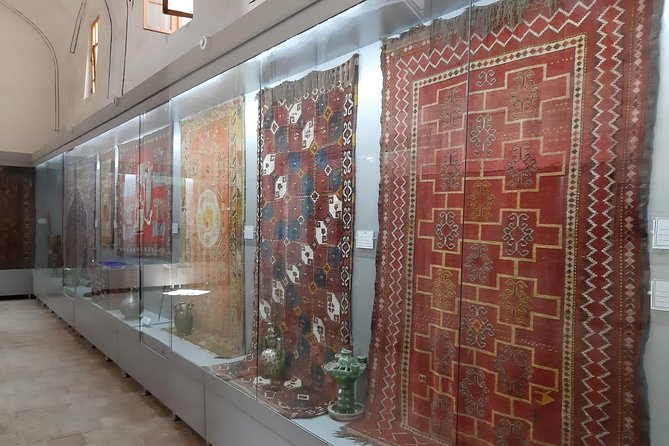 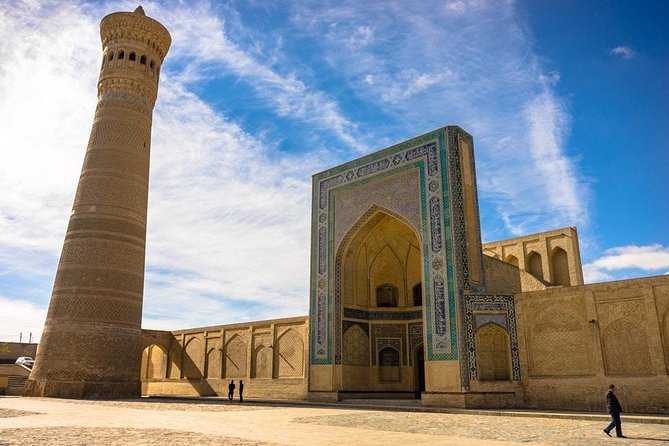 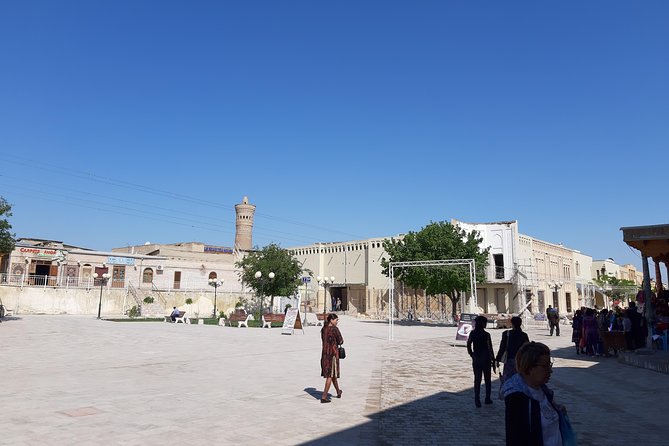 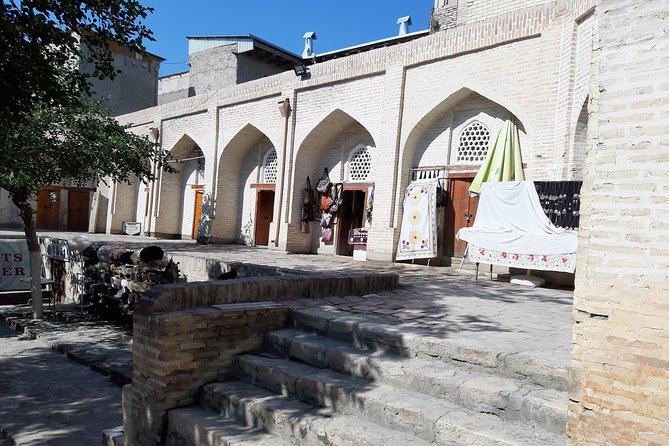 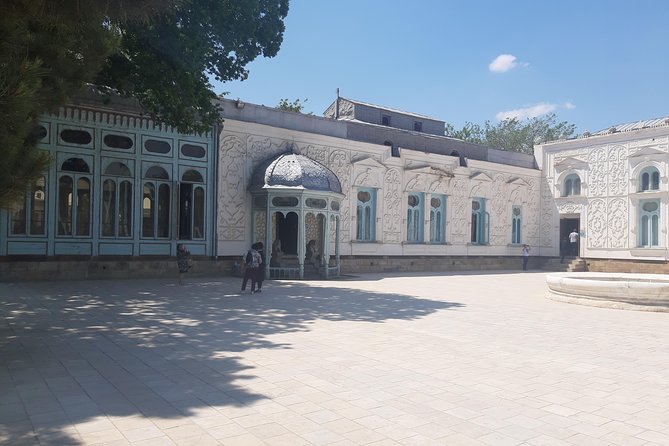 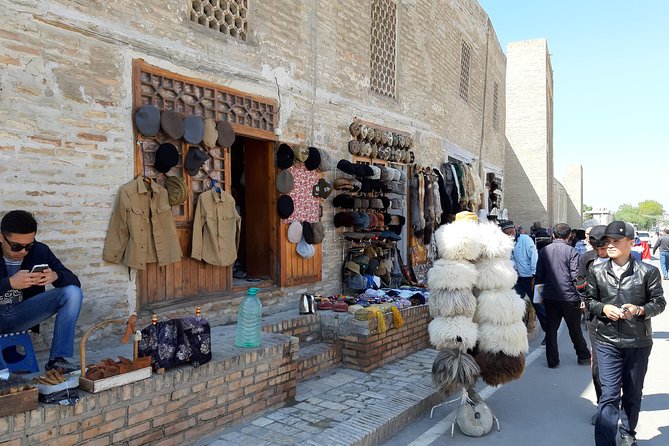 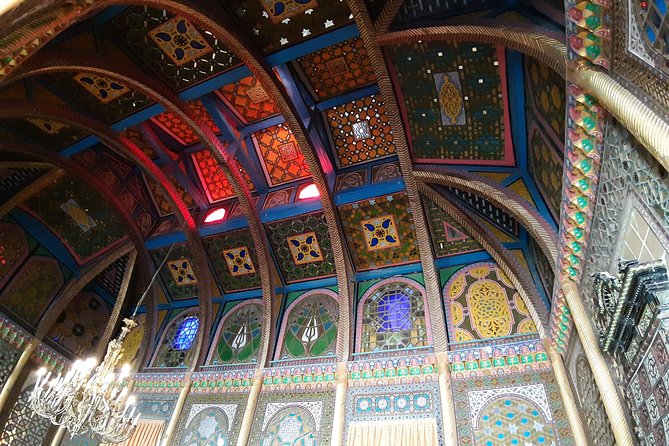 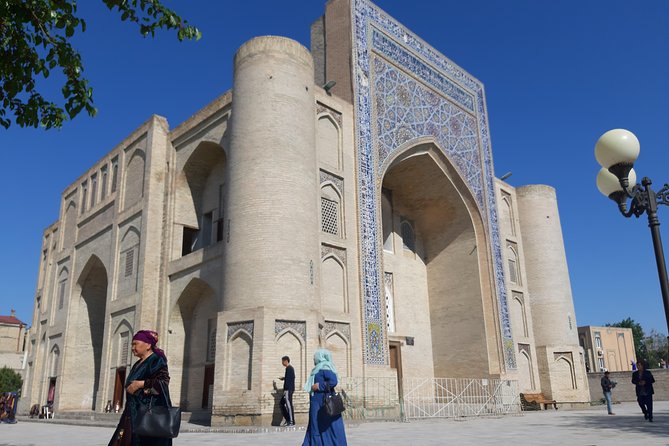 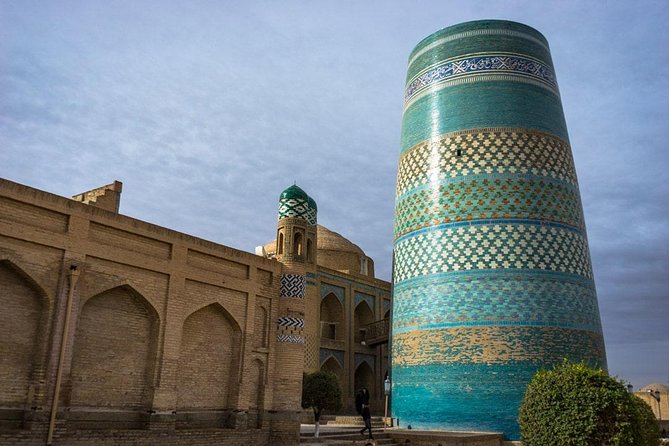 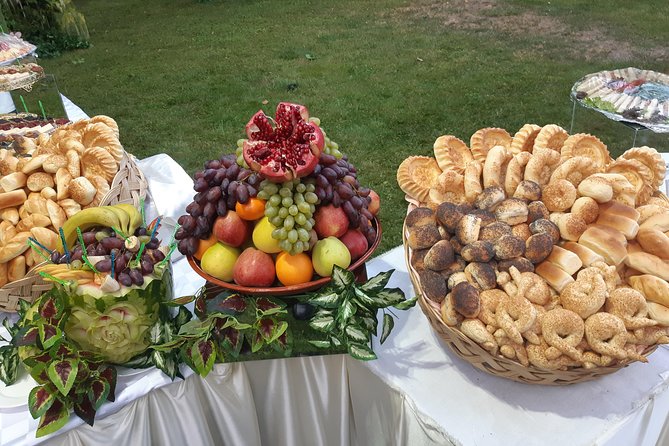 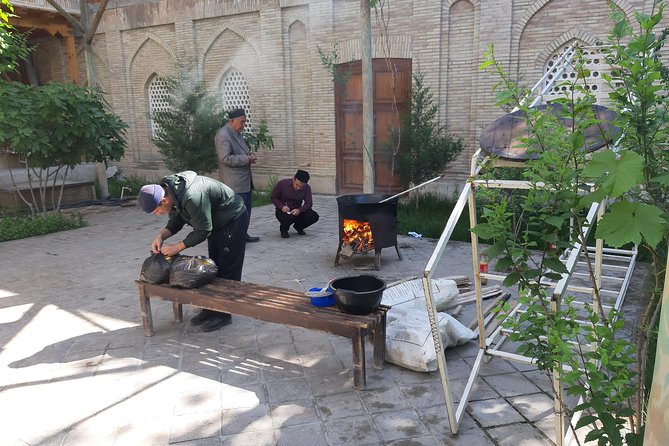 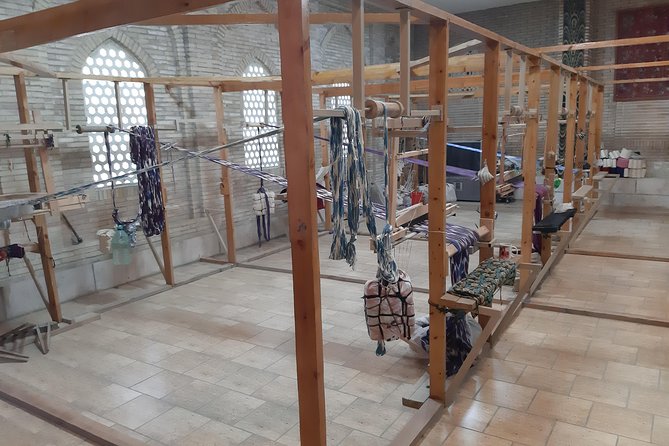 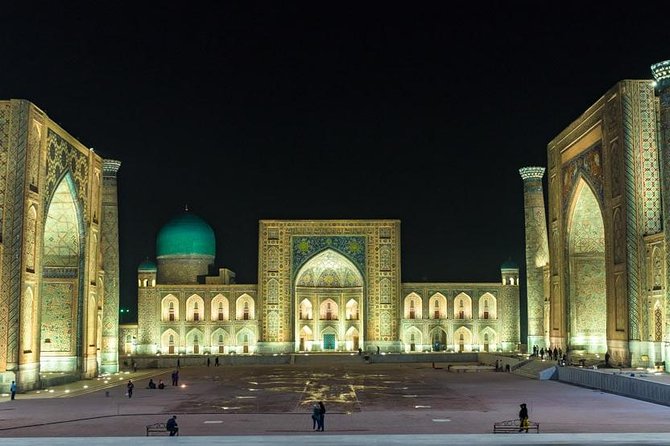 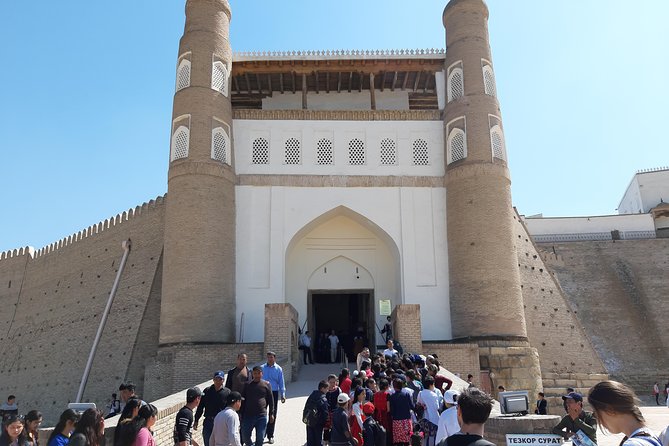 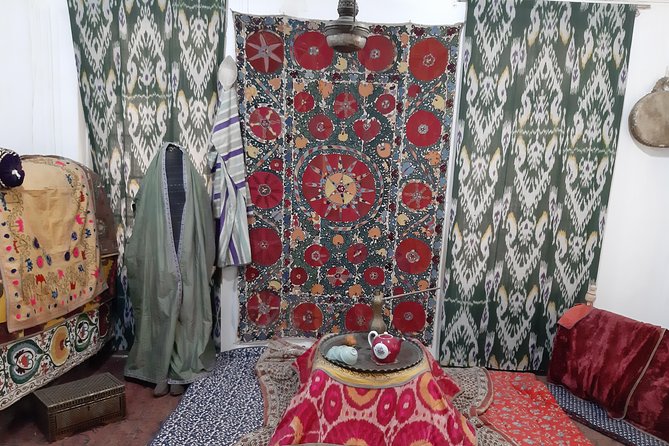 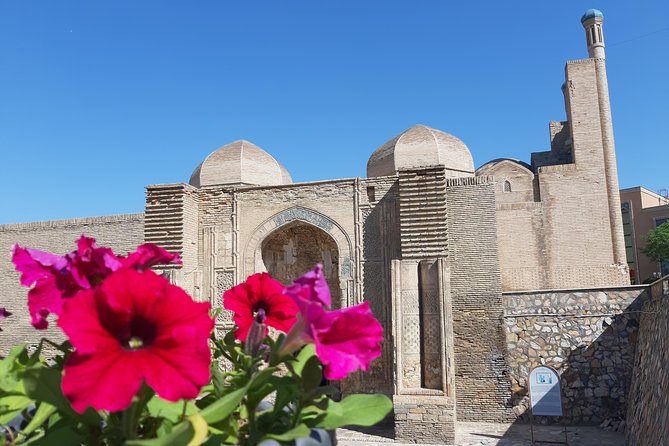 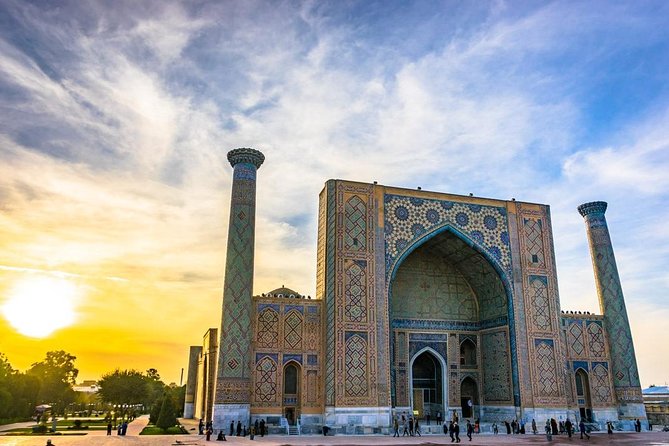 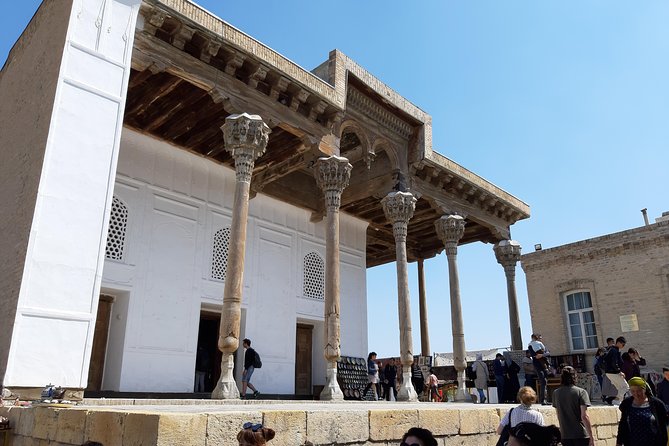 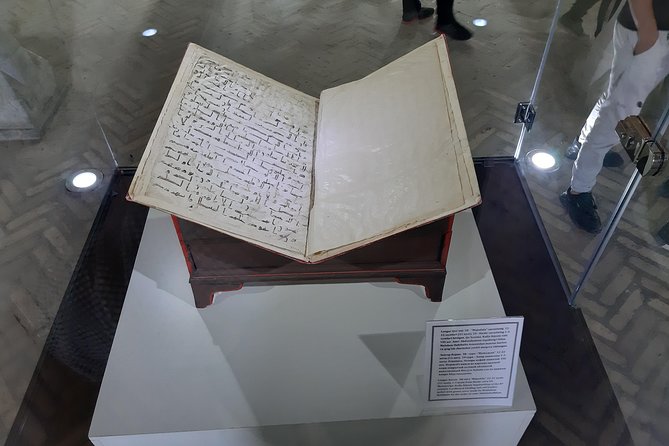 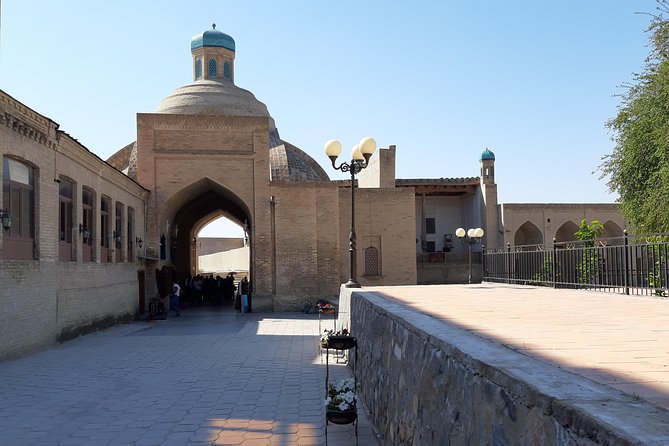 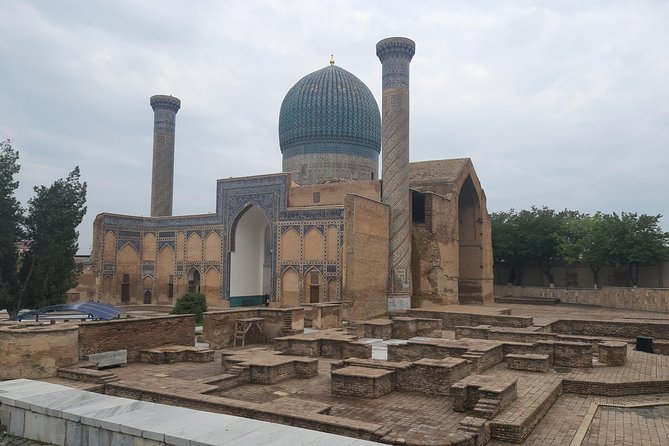 Let's make the tour together. Let's co-create it.

The listed itinerary is template based, and the uniqueness of the tour is that it can be adjusted: any other city or site can be added and at the same time any city/site can be omitted.

Since the agency puts the quality first, it takes the full responsibility of the tour.

Many more activities like horse/camel riding, masterclasses on food/crafts, religious pilgrimage, living in houses with local families are offered.

Stop At: Abdulla Murodxo'jayev 17a, Qorasaroy ko'chasi, Тошкент, Uzbekistan
You will see the religious centre of Tashkent. The Khast Imam complex consists of numerous architectural monuments from various periods starting from 10th century. The crown of the complex is Muskhafi Uthman, one of the first manuscripts of the Holy Quran from 7th century.
Duration: 1 hour

Stop At: Amir Temur Square, Mirabad District, Tashkent Uzbekistan
Witness how the square has been changed for the past 150 years from the top of the Uzbekistan hotel, walk through Tashkent "Broadway" and try sweet ice-cream.
Duration: 1 hour

Stop At: Itchan Kala, Khiva, Uzbekistan
Witness how people live in the ancient city of Khiva, which is full of madrasahs, mosques and caravansarays.
Duration: 3 hours

Stop At: Ayaz-Kala, Ellikqala District of Karakalpakstan Uzbekistan
See the ruins of the Ayaz Kala fortress of 2nd century AD, ride a camel and stay in a yurt, like true nomadic people.
Duration: 15 hours

Meals included:
• Lunch: Participate "tukhum barak" master class and have the meal prepared by yourself.
• Dinner: Fresh river fish will be a good choice for dinner.
Accommodation included: Overnight in a yurt camp in Ayaz Kala

Stop At: Chor-Minor, Khodja Nurobobod Street, Bukhara Uzbekistan
You will see a madrasah with four (Chor) minarets located in the old part of Bukhara. Each of the four minarets has a different shape. The elements of decoration reflect the religious understanding of four world religions.
Duration: 30 minutes

Visiting a folklore show and having dinner at Nodir Devonbegi madrasah will be a memorable moment.
Duration: 2 hours

Meals included:
• Dinner: Dinner at Nodir Devonbegi madrasah accompanied by a folklore show - a memorable experience.
• Lunch: Lunch at Old Bukhara restaurant will take you to the fairy tale of 1001 nights of Shaherezade.
Accommodation included: Overnight in Amulet/Khurjin hotels. 19th century madrasahs turned into hotels will provide an oriental authenticity.

Stop At: Ark of Bukhara, Afrosiab St, Bukhara Uzbekistan
Visit the spectacular-looking Ark - a royal town, a citadel, Bukhara’s oldest structure, that had been occupied and served as the residence for the emirs of Bukhara from the 5th up until 20th century.
Duration: 1 hour

Stop At: Samanid Mausoleum, M. Ashrafi Street Samonids Recreation Park, Bukhara Uzbekistan
You will visit one of the most highly esteemed works of Central Asian architecture the Samanid’s mausoleum. A globally important architectural monument was built between 902 and 907 by Ismail Samani - a powerful and influential Emir of the Samanid dynasty that ruled in Transoxiana (Mawarannahr) in the 9th and 10th centuries. The mausoleum was intended as a family tomb of the Samanid rulers, who approved the de facto independent state from the Abbasid Caliphate in Baghdad. In addition to Ismail Samani, the mausoleum also houses the remains of his father Ahmed and his nephew Nasr, as well as the remains of other members of the Samanid dynasty.

A large artistic effect is achieved due to the combined arrangement of brick tiles. With a different direction of sunlight during the day, the ornament of the mausoleum changes its pattern. It is especially noticeable with moonlight.
Duration: 30 minutes

Stop At: Moschea Bolo-khauz, Registan square, Bukhara Uzbekistan
Visit Bolo Khauz mosque that was built in 17th century. The Mosque was a place of prayer for the Bukhara Emirs and their entourage. It is the only preserved architectural monument in the Registan Square that includes a multi-column iwan, domed mosque, minaret and a pond, which is the oldest part of the ensemble.

The ceiling of mosque's iwan and magnificent columns are richly decorated with wood carving and painting. A massive and picturesque dome has got windows all around which fills the building with sunlight.

The mosque is still active and open for prayers. One can see folklore shows and craftsmen working in the shade of the iwan.
Duration: 30 minutes

Stop At: Palace of Moon-like Stars (Sitorai-Mokhi-Khosa), Bukhara Uzbekistan
You will see a masterpiece of architecture located in suburbs of Bukhara. Sitorai Mokhi-Khosa Palace buildings are constructed in such a way that even in very dry and hot summer days the weather is mild there.

⠀Being initiated by Abdul Akhadkhan, the construction was later carried on by Muzaffarkhan and Alimkhan. The palace is named after Muzaffarkhan’s beloved wife – Sitora Bonu, and literally means moon-like palace.

Nowadays Sitorai Mokhi-Khosa is a museum with old palace furniture, Chinese and Japanese porcelain, various utensils, and a collection of the national dresses of the 19th century decorated with the famous Bukhara gold embroidery.
Duration: 1 hour

Stop At: Taqi-Telpakfurushon Market, Bukhara Uzbekistan
Watch how national carpets, suzane and ikat are made in Bukhara. You will have a chance to shop at bazaars which are few hundred years old (Telpakfurushon, Zargaron, Sarrafon...). Then take bath at ancient Bukharan hammams.
Duration: 1 hour

Meals included:
• Lunch: Famous Gijduvani shashlik and tandoori lamb for lunch.
Accommodation included: Overnight at Legende - a hotel with the spirit of antiquity.

Stop At: Bibi-Khanym Mosque Биби Хонум Масжиди, Bibikhonim Str., Samarqand, Uzbekistan
You will see the ruins of once the biggest mosque in the world built by Tamerlane.
Duration: 15 minutes

Stop At: Shah-i-Zinda, Samarkand Uzbekistan
Visit a thousand-year-old Shahi Zinda necropolis, which is full of mausoleums with mind blowing extravagant mosaics and pray or listen to prayer at the Qusam Ibn Abbas (a cousin of holy prophet Muhammad (peace be upon him)) mausoleum.
Duration: 1 hour

Stop At: Gur Emir Mausoleum, Samarkand Uzbekistan
Visit the world-famous Tamerlane's mausoleum and learn the history of one of the greatest military leaders that lived on the Earth.
Duration: 30 minutes

Stop At: Observatory of Ulugbek Samarkand, Toshkent yo'li, Samarqand, Uzbekistan
See a 15th century observatory where a great astronomer - Ulugbek studied the sky and calculated the exact location of 1018 stars. His book had been used by scientists as recent as 19th century.
Duration: 30 minutes

Stop At: Beldersay, Uzbekistan
See astonishing scenery at Beldersay mountains, use a cableway over a precipice to climb a mount.
Duration: 4 hours

Meals included:
• Lunch: Lunch at Chinaras in nature under rocky mountains with petroglyphs, old sycamore trees and a river. Magnificent.
No accommodation included on this day.

Traveler pickup is offered
We pickup at Tashkent International Airport